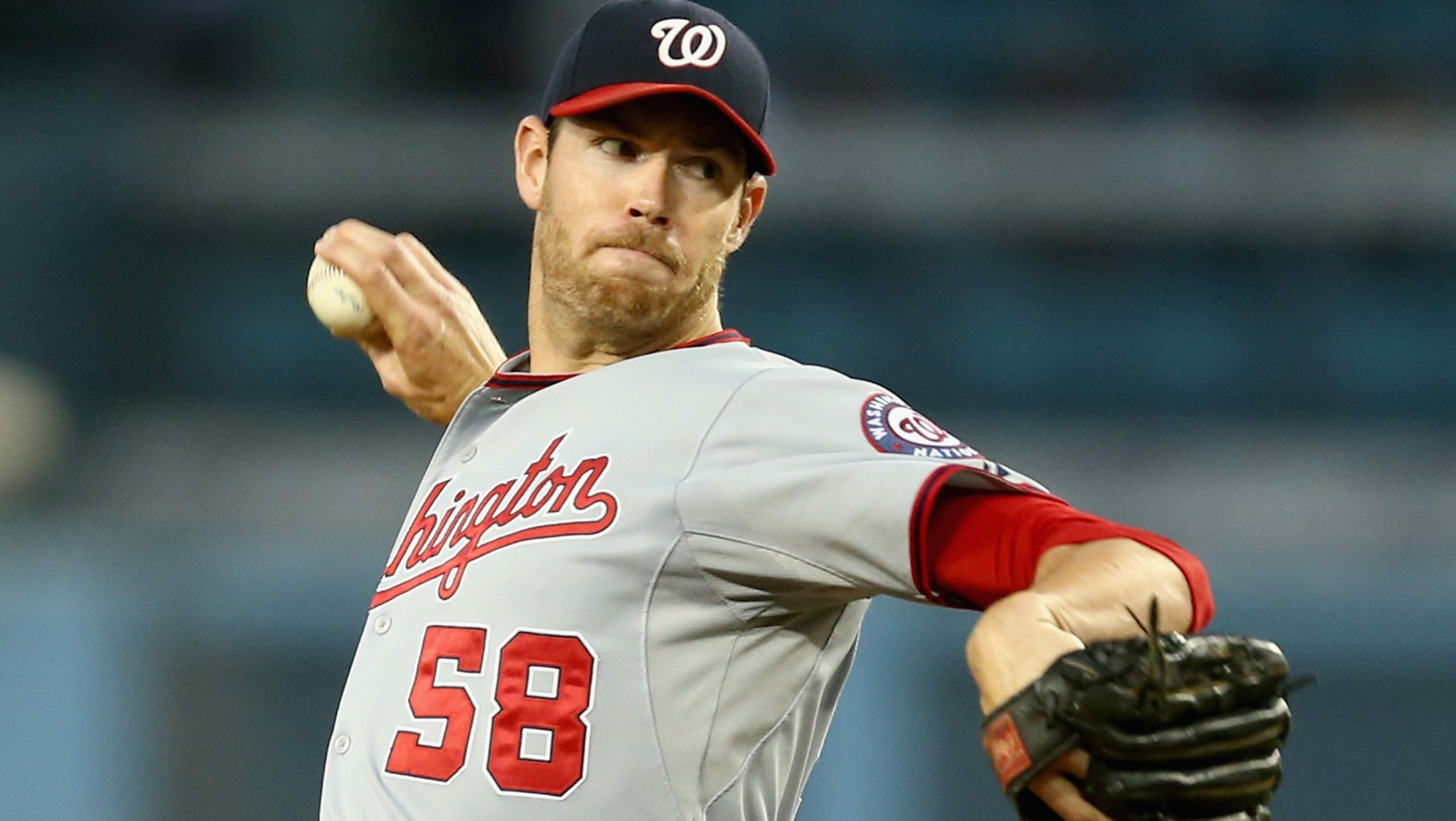 I have a deep affection for any pitcher who manages to put up consistently strong numbers while failing to average 90 mph on his fastball. To me, it automatically implies a kind of genius, and also a clever, subversive streak. To be born without all the natural advantages and still make outs against hitters who should be salivating at the slow speeds is like giving the middle finger to genetics and beauty. Or something. For Doug Fister, the lack of speed wasn’t his only disadvantage; from 2009 to 2012, mostly as a Mariner, he had the worst run support in baseball, and began his career 21-35 despite good metrics all around. He has since moved on to the NL East–leading Nationals, and with a 12-6 record paired with a 2.66 ERA in 2014, his luck has begun to turn. How has he done it? Sit back, and let PitchCraft tell the tale.

Here we have the bulk pitch, and the only numbers that stand out even a little bit in comparison to his sinker-throwing peers are foul ball percentage (42.8 percent of all swings) and overall swing rate (47 percent of all pitches). Even without nasty stuff, though, he holds batters to a .251 average (top 20 in the league) and a solid .363 slugging percentage. How? No surprises here: It’s smart usage and location. The sinker can come at any point in the at-bat, with only slight declines in pitcher-ahead counts, but the location is consistent. As this zone profile shows, it’s always right, usually out of the strike zone or on the corner, and mostly close enough to force a batter to at least consider swinging. At a cool 88.77 mph, it must look tempting, but the rightward tailing action that moves it out of the batter’s sweet spot keeps the line drive percentage low, making the sinker useful as an all-purpose pitch.

Once we get past the sinker and its high usage, Fister turns eclectic. His next go-to pitch is the cutter, but you’ll notice that the usage is down to 12.71 percent. It’s a good blending pitch with the sinker, since one moves inward on righties to the tune of nine inches, and one breaks slightly left, while both share similar velocity and vertical movement. In contrast to the sinker, Fister loves to keep the cutter on the left half, again with a preference for just outside the strike zone. If a batter’s eye is trained to the sinker, he’ll expect the ball to tail right over the heart of the plate, when it actually stays straight and even bends slightly in the other direction.

The splitter, interestingly enough, tends to get the most usage against lefties when the batter is ahead in the count. The velocity is such that it functions like a changeup (to the point that it often fools the people classifying the pitch … see below for more on that), and unlike many other splitters in the game, Fister’s doesn’t have a vertical drop much different from his other fastballs. In fact, it really doesn’t matter if you call it a splitter or a change (the Washington Post goes with the latter, while most other sources say splitter) since it’s essentially the same thing. The bad news here is that hitters have managed a .307 average against the pitch this season, which may be why the usage has slightly declined from last year.

Against lefties especially, the location of the splitter is far more diverse. Fister isn’t afraid to go high with this pitch, as we can see in these GIFs:

Here we have an extremely low-usage pitch, but once again, Fister uses it against righties and lefties at roughly the same rate. He won’t go to the curve often, but when he does, it’s consistently low and away. With the 10th-lowest curve velocity among all starters, this isn’t a pitch he wants to leave up in the zone.

Essentially, the “straight” fastball is another wrinkle Fister uses to change a batter’s eye. There’s no situation or count that seems to prompt the pitch, but it’s been incredibly successful this year, producing a .160 opponent average and just four hits in 134 pitches. The sample is quite small, but that number puts his four-seam in the top 10 leaguewide. It’s nothing special to look at in terms of a GIF, so I’ll spare you the graphic, but it’s interesting to note that for a guy who lives on variety and location, this fourth fastball (if we count the splitter), which stays higher by four inches than any other pitch, has possibly been his best specialty weapon. It’s a classic example of maximizing his arsenal — when you throw as hard as Fister, you need every tiny advantage you can get.

This appears to be a new pitch this season, and based on the game usage and the movement figures, it seems legit. (Though, fair warning, there’s a chance these are cutters that sink more than usual.) It’s almost exclusively a two-strike pitch used against righties, and the results have been mediocre to bad. He’s been keeping it around, though, and it’ll be interesting to see how it develops over the next couple of years as he attempts to stay relevant.

Since the numbers look almost exactly the same as the splitter, and since all 38 he’s thrown this year supposedly came in two games, my professional opinion is that we’ve got a faulty classification on our hands. Sorry, changeup fans. Here’s one to go home on.

The main issue with Fister this season is that his FIP — a metric that, unlike ERA, attempts to filter out luck and defense — is 3.96, the highest number since his 2009 rookie campaign. His home run rate has gone up pretty significantly, and his BABIP is relatively low. It makes me happy for Fister, who has been on the bad end of luck his entire career, but what it means is that he’s probably due for some type of regression. In fact, we may have already seen the beginning of it in his last three starts — all losses, with lots of hits and home runs. Even with a switch to the National League, his August 17 ERA of 2.20 was probably not representative of his true skill. The current number, 2.66, might still be too low. Regardless, with his low velocity and strong location, could you pick a better complement to Stephen Strasburg in a playoff rotation? If nothing else, opposing hitters will have a very difficult time getting comfortable, and that’s something Fister thrives on anyway. He’s a rare pitcher in MLB — built for workmanlike longevity, but capable of excellence — and he may have finally found himself in the perfect spot.