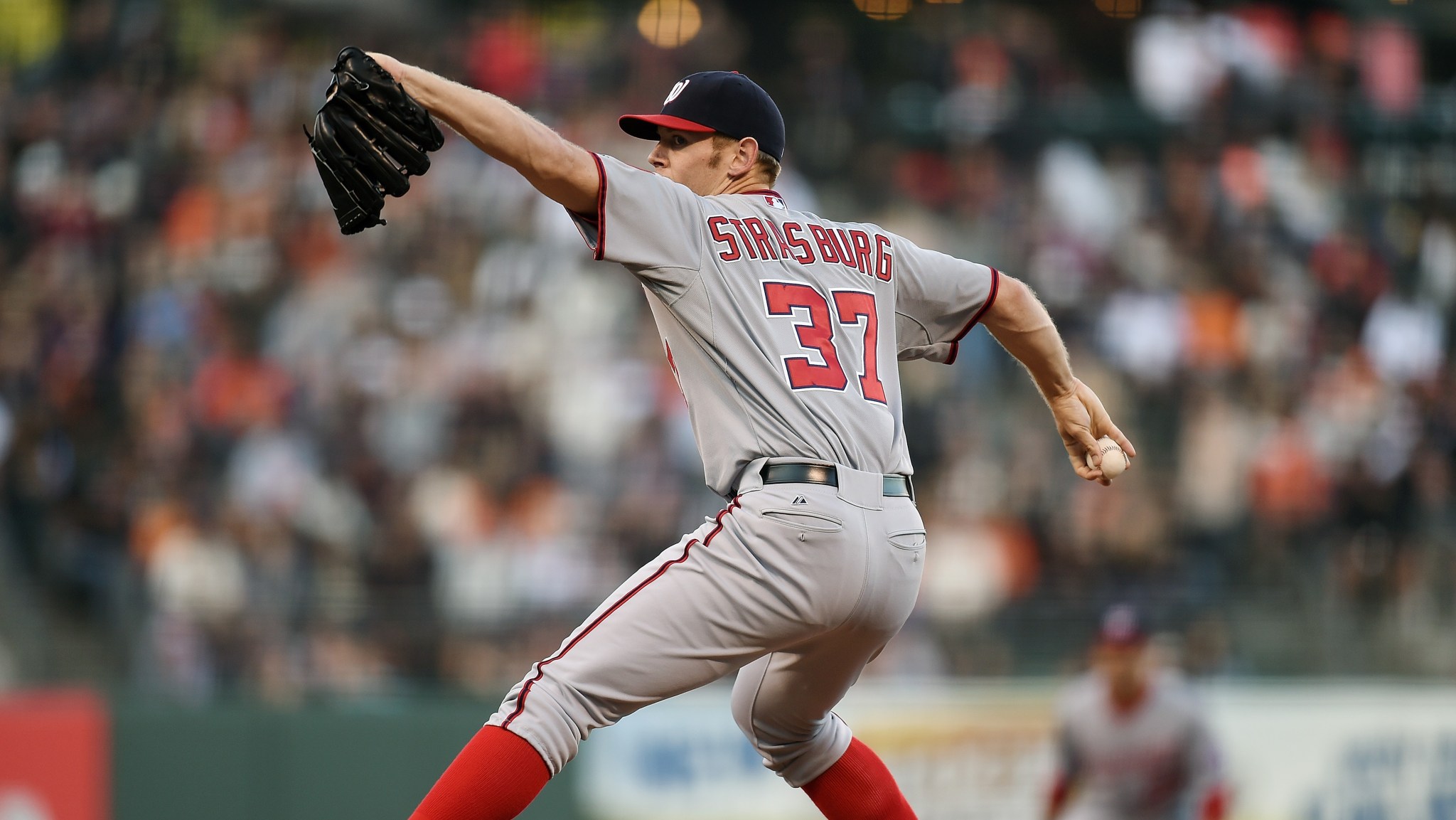 The more I study pitching, the more I’m struck by the paramount importance of disguise. Now, OK, I always knew a pitcher’s aim was to fool the batter. A child watching baseball for the first time could tell you that. But I thought it was all about speed and movement — throw a hard fastball that maybe cuts a little, and then throw a slow curveball for a speed contrast, and boom! The batter’s swinging at air, and maybe toppling over for comic effect if we’re lucky.

What I didn’t understand was that the pitches had to blend. That word is everything. Velocity and movement matter, but the best pitchers are the ones who use those natural abilities in service of subterfuge. Sure, you need a great fastball, but if that’s the only trick in your bag, hitters will eat you alive. Add a sinker that travels at the same speed but ends up displaced diagonally by four inches? OK, now you’re in business. What about a changeup that cuts in exactly like the fastball, but moves maybe 3-5 mph slower and drops off a shelf? And then a slider that’s slower still, but breaks in the opposite direction? With those tools, you’re no longer a mere pitcher — you’re a saboteur.

A major league hitter is a kind of genius, and his genius takes form in the ability to adjust in a matter of milliseconds. It’s light-speed recognition. But if all your pitches blend together, it hinders that genius; recognition is stymied, because everything looks exactly the same until the last possible moment. The batter’s instincts are useless, his confidence is shattered, and he’s reduced to guessing. Guessing is a form of thinking, and thinking is antithetical to the instinctual process of hitting. That’s why the elite pitchers in baseball are masters of blending.

So why am I telling you this? Because Stephen Strasburg is something close to an elite pitcher, and Stephen Strasburg stinks at blending his pitches. It’s not for lack of knowledge or effort; we’ll take a look at his failed attempts to expand his repertoire below. The fact is, though, he’s a three-pitch pitcher who gets by almost entirely on pure talent. He’s a flawed prodigy; the league leader in strikeout rate due to his filthy, incredible stuff, but someone still fighting to grasp the subtleties that mark true greatness. In other words, a perfect subject for that old PitchCraft treatment.

This is a very fast pitch, but it may surprise you to learn it’s only the 12th-fastest four-seamer in the major leagues. (It may also surprise you to learn, incidentally, that the 16 fastest throwers in baseball are all right-handed.) In fact, there’s nothing “elite” about Strasburg’s heater in whiff percentage, movement, line drive rate, swings, fouls, etc. In fact, batters are hitting .321 against the four-seam this season, with five home runs (though those averages were closer to .260 in years past). This is going to sound strange, since most of us know Strasburg as a power pitcher, but it’s true anyway: In terms of strikeouts, the fastball is his setup pitch. Check it out in action from last season, and notice how it starts low but stays in the zone, and cuts in on the righty hitter:

OK. OK. OK. Now we’re talking. Here, we have one of the best pitches in baseball. Not only is it the third-fastest changeup in baseball with the third-best whiff percentage, but also: Remember what we said about Strasburg not blending his pitches well? This is the one exception. It comes out looking like his fastball, but cuts four inches farther to the right and drops more than a foot in comparison, when you take gravity into account. He’s thrown the pitch 303 times this year, and registered 38 strikeouts to just 10 hits. I’m no scientist, but I believe that’s what we call a “good” ratio.

Hitters are batting only .130 against the pitch (also third), and in 303 tries, the changeup has not yielded a single extra base hit. I can tell you for sure that only Felix Hernandez has a changeup that’s indisputably better. (FanGraphs has Strasburg’s changeup as the most valuable in baseball, but the more I look at FanGraphs PITCHf/x values, the less I trust them … as in, there’s no way Felix’s change, which has produced 59 Ks and an opponent average of .099, is 11th-best in MLB.)

You know all those nice things I said about the changeup? Most of them also apply to this pitch. This one’s got top-10 vertical and horizontal movement, which means it looks so, so pretty on TV. The contrast with the fastball and change is nice, even though this pitch is significantly slower and easier to see coming out of the hand. Still, the other pitches are good enough that it does its job — 31 strikeouts in 226 pitches, only 11 hits, no home runs, and a .183 opponent batting average (top 15 in baseball). Like the changeup, the curve gets most of its use with the pitcher ahead, and especially with two strikes, but it’s such a surprising pitch that Strasburg will also throw it fairly often on the first pitch to freeze a batter.

And it’s so much fun to watch. First, let’s slow it down:

And now full speed, as it makes Travis d’Arnaud fall over:

“Major league hitters beware,” blared USA Today in March. “Stephen Strasburg has a new weapon in his arsenal.” I’ll spare you the suspense: After developing the slider during the offseason, Strasburg has thrown it 47 times all season, almost exclusively to righties, and none since April 25. The slider is dead. The official line was that he never felt “comfortable” with the pitch, and the data show that in a small sample, batters hit .455 against it.

Here’s the obsolete slider in its ideal form, when he struck out B.J. Upton on April 15:

If the big news in spring training this year was Strasburg’s slider, last year it was the sinker. There’s one quote in that Washington Post story that really sticks out to me, in which Strasburg explained the limitations of his curve:

“A hitter can see it. Obviously, it looks cooler on TV when you’re watching it, when a guy is throwing something that’s move like this” – Strasburg waved his hand in a sweeping motion – “or dropping off. But a hitter can see it a lot earlier. I’m trying to get away from that and get more consistent, tighter pitches that are going to break maybe a little bit less, but sharper and later.”

The problem was that he threw too hard and got more tailing action than sinking action. Not good enough; he got rocked.

This year, he’s thrown just 17 sinkers, and only two in the last five games; so far, it’s another failed experiment. I scoured Brooks’s PITCHf/x tool and found the one sinker all year that’s produced a swing and miss. Here it is, courtesy of the great folks at PitcherGifs:

It’s obvious: Strasburg is 25, and he’s failed to develop a critical fourth pitch. As we’ve seen, he knows he needs a slider or a sinker (preferably both) to push him into the upper echelon and ensure a long career at the top of the game. As it stands, he’s a power pitcher, but limited in how deep he can last into games. At the moment, he averages a full inning less than pitchers like Tanaka, Cueto, Hernandez, and Wainwright, and despite all the strikeouts, he’s not the kind of pitcher right now who can do much better than a 3.00 ERA.

He’s got so much talent that he can be a really, really good pitcher despite his lack of variety and blending, but as he understands, he’s limiting himself. The real problem, and the thing that could reduce him to mediocrity in a heartbeat, is that without a slider or sinker, he’s completely dependent on velocity to set up his excellent off-speed pitches. The day he loses a couple notches off the fastball (which we’ve seen isn’t so hot in the first place), the curve and change will lose their foundation, and Strasburg will become an average pitcher. His career going forward will be defined by the evolution that’s eluded him so far. He needs to commit, and he can’t wait much longer.

Nothing too remarkable here. His windup is standard, and so his is delivery out of the stretch, with an ordinary pause before he pushes off, and the usual falloff to the left side of the mound. He manages not to telegraph his pitches, and he fits firmly in the mold of “strikeout pitcher,” with all its pros and cons. It’s never boring to watch him pitch, though, and it’ll be fascinating to watch the evolution — or devolution — of his career.