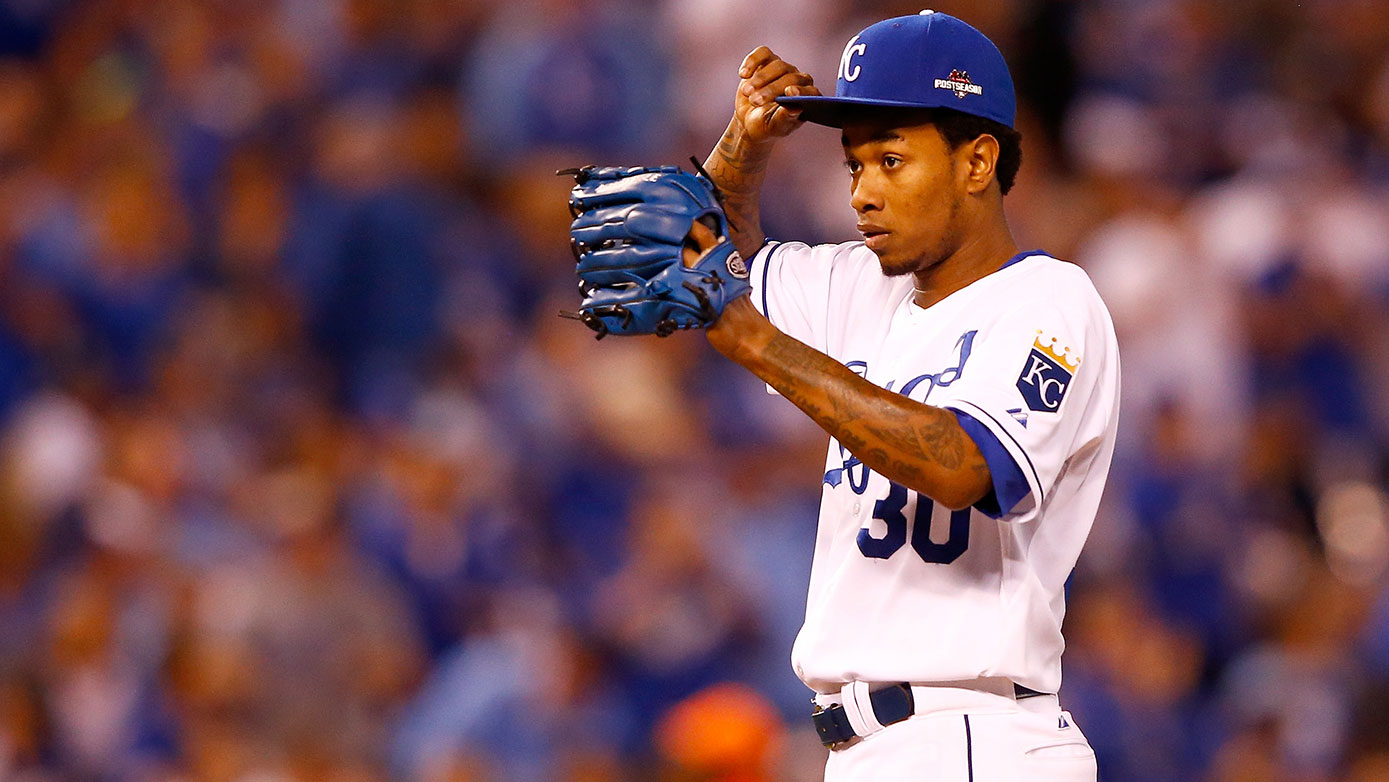 Nevertheless, if the Mets do what the Royals have done — hold serve at home — they’ll be in the driver’s seat coming out of the weekend. So, while they are in trouble, the Mets aren’t quite done yet. And when the battle is going badly but not quite lost yet — that’s when you pull out all the stops. This is the time for the bayonet charge at Little Round Top or the hook-and-ladder against Oklahoma.

Luckily for the Mets, I have just the strategy. I know how to beat Yordano Ventura.

To be clear, I don’t know how to hit Ventura. The Royals’ Game 3 starter can throw 100 miles an hour when he wants to, and I’m terrible at baseball. He struck out 22.5 percent of the batters he faced this year, has the second-highest fastball velocity among qualified starters, and offsets it with a curveball that’s good enough to make you lean out over the plate to chase it and allows him to come right back in on your hands with the heat. The only current Met who’s faced him in the big leagues, Yoenis Cespedes, is 1-for-7 off the 24-year-old righty, so Ventura will be a new experience for everyone else, and an unpleasant one for most. If the Mets are going to beat him fair and square, they’ll have to do it on their own.

I am, however, great at annoying people — I get told that all the time. And Ventura, more than any other pitcher remaining in the postseason, can come completely unglued when someone gets under his skin. We know this because he spent the month of April starting fights and struggled to perform whenever he was able to stay on the field. Even after he returned to form later in the season, opponents were still trying to get in his head.

Here’s how you do it.

A base has been stolen in the World Series! Grab your free A.M. Crunchwrap on November 5th between 7-11 a.m. Rules: https://t.co/yyutdNEGEA

Suspicious and well-timed bouts of food poisoning litter recent athletic history. Maybe the greatest postseason series in all of American sports — the NBA’s 2002 Western Conference finals — was marred by Kobe Bryant eating a cheeseburger that might or might not have made him severely ill. In 2006, Arsenal overtook archrival Tottenham for the final Champions League spot on the last day of the Premier League season when 10 Spurs players were laid low by a bad buffet, prompting a police investigation. Well-timed diarrhea could devastate a pitcher as small and high-energy as Ventura.

Since the “accidental” food poisoning gambit is such well-traveled territory, the Royals might see it coming. Ventura will probably be having Jonny Gomes taste his food for the next 48 hours, or he’ll eat only from sealed containers of chicken, rice, and beans acquired through the trusted Dominican Ballplayer Food Network.1

But between now and the start of Game 3, Mets players and coaches will have ample opportunity to talk to the media about their opponent. In every interview — in fact, whenever anyone not on the team’s payroll is in earshot — the Mets should call Yordano Ventura “Jordi” or “Dan” or something that sort of sounds like his first name but actually isn’t.

This might sound stupid, but the first couple of times a Met calls Ventura “Jordi,” it’ll get written off as mumbling. But after about 15 minutes, it’ll be obvious that something’s up, and then it won’t take long for a reporter to ask the Mets about it. Soon enough, someone will ask Ventura about it. This is where the first seeds of doubt get sewn.

Because from that moment until the start of Game 3, this will be the story. People will be saying “Jordi Ventura” on Twitter, on SportsCenter, and out on the street. After a few hours, Ventura will have to check the Royals’ media guide to make sure his name is actually “Yordano.” After a full day, Ventura won’t be sure who he is, and when Juan Uribe walks over and calls him “Jordi” during batting practice, Ventura won’t be able to hold back any longer. He’ll break down in tears in the middle of the ballpark, unable to pitch because not only does he not know what his name is, he doesn’t even know who he is anymore.

There are countless great movies about war, but there’s only one truly great movie about psyops: Mean Girls. The Mets have until the morning of Game 3 to put together a burn book and leak it to the media; this book should include catty comments and gossip about every member of the Mets and Royals … except, conspicuously, Ventura himself.

Tensions will gradually rise until, eventually, they reach a tipping point. And this happens:

Daniel Murphy’s done two things this postseason: hit home runs and talk back to umpires. Every borderline strike call turns Murphy into a one-man FC Barcelona, barking at the plate ump, sometimes at great length, as if he’ll get the call changed by sheer force of his own rhetoric.

I’m not convinced that complaining about the strike zone is working for Murphy, but I don’t think he should stop complaining to the plate ump; he should just change his subject.

After every called strike, Murphy should turn around and tell the umpire that Ventura has bad taste in clothes, or doesn’t tip waiters and cab drivers well. Instead of wondering where a pitch was, Murphy could ask the umpire where Ventura gets his haircut, because it’s hideous. “Is that going to be a strike all night?” turns into “Is he going to wear that awful cologne all week?”

Eventually, someone has to say something. Maybe Royals catcher Salvador Perez, who’s stoic when he’s not upbeat, would know better than to pass the message on, but since this game’s in a National League park, the umpire would have the chance to tell Ventura himself when he comes to the plate.

Of course, desperate times call for desperate measures, and there’s no guarantee any of the first four steps will work. If not, the Mets would have no choice but to go nuclear. Every walk gets a bat flip. Every base hit gets a crotch grab. Instead of complaining to the umpire about Ventura, complain to Ventura about the umpire. If — god help us — the Mets hit a multi-run home run, the baserunners should cross the plate together, doing the choreography from the first minute of the “Uptown Funk” music video.

There’s no shame in losing. But it’d be a shame for the Mets to lose knowing they’d left all their options on the table.