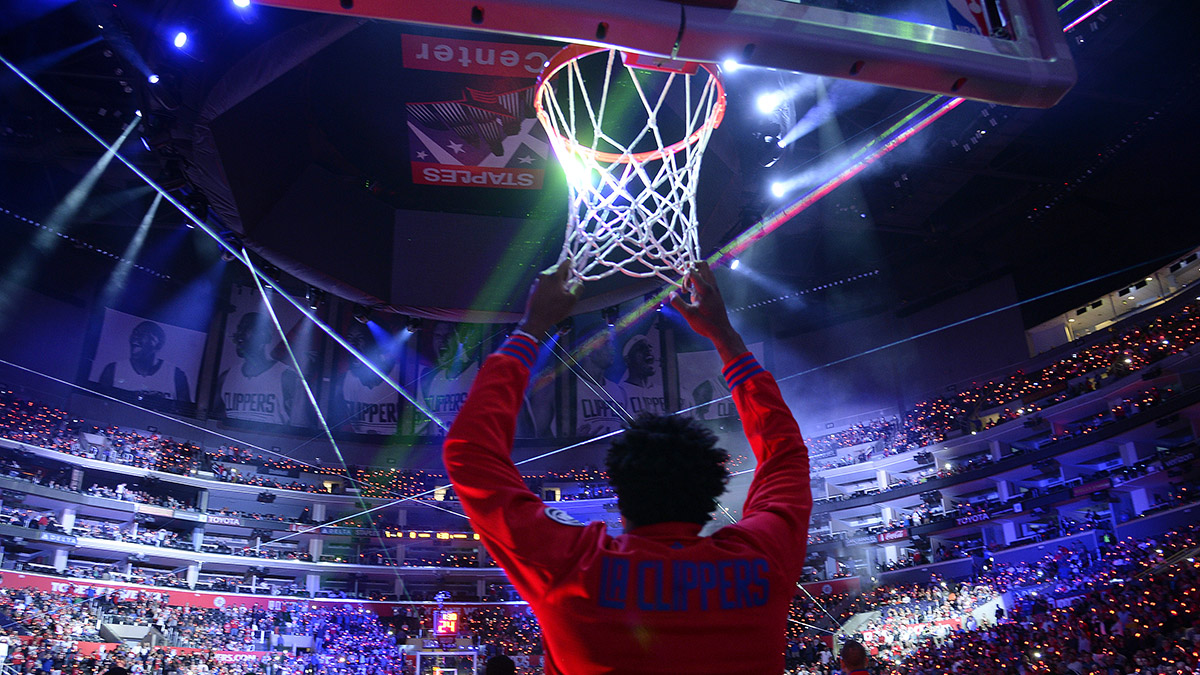 The Dallas Mavericks scored 88 points last night in a loss to the Los Angeles Clippers. How they got to 88, I don’t know. Not a single Dallas bucket was memorable.

In fact, the Mavericks’ most memorable offensive possession was their first. Raymond Felton, starting for the injured Deron Williams, drove to the basket off a Zaza Pachulia pick, lofted up a floater — and, well, the floater barely had time to float before it was harpooned by DeAndre Jordan.

From there, Dirk Nowitzki probably sunk some routine jumpers, and J.J. Barea probably sliced to the hoop for a pretty layin — but I’m not sure. To be fair to the Mavericks, they were missing three starters: Williams, Wesley Matthews, and Chandler Parsons. What exactly I was expecting to see from a 37-year-old Nowitzki and his supporting cast of journeyed 2004 NCAA tournament stars, I’m not sure. And yet, I didn’t much notice the sidelined stars’ absence. There was only one player conspicuously absent from the Mavericks on Thursday, and he was playing for the other team.

“I don’t even know who you’re talking about,” Mark Cuban would say when reporters asked about the giraffe in the arena.

He would know by the time of the player introductions. As the Staples Center lights became dim, and just before the tops of the backboards would explode with fire and smoke, a fan shouted, “Hey, Mark, how’s DeAndre looking?”

Cuban likely didn’t hear him, but the fan’s question would soon be answered: brolic as ever. Jordan made a grand entrance, evoking a stupendous din that nearly drowned out “Jumpman” and which he answered with roaring pullups on the rim. He won the tip and then grabbed 15 rebounds, nearly double that of any Maverick who saw the court.

Reporters’ questions about the summertime saga were answered reluctantly and unsatisfyingly by players and coaches on both sides; the loudest answer was Jordan’s game. He was ferocious. He was purposeful. With about two minutes left in the first half, Jordan, engulfed by the rush, swiped Nowitzki with an elbow. When Nowitzki responded by fouling him on the other end, they had at it, pushing and exchanging words. It made for a bizarro Battle of Troy. Here was Helen fighting the Trojans, who acted like, eh, they never really wanted her that badly to begin with.

The game broke open in the third quarter. “We made some mistakes, missed some rotations, and they built a lead almost up to 20 — and it’s kind of hard from there,” Nowitzki would explain after the game. More eloquent was Rick Carlisle, who said, “In the end, from a shooting standpoint, we couldn’t hit a bull in the ass with a bass fiddle.”

The Mavs will get healthy. They’ll hit that bull’s ass. This was only Game 2. But even if Carlisle can work his magic and maximize his team’s talent, there’s not much upside this season. The Mavs look to be multiple Jordan-level talents away from competing for a title and also from being able to stake vengeance on the Clips. “I’m not sure [it’s a rivalry],” Nowitzki said. “They’ve obviously been the better team the last couple of years. In order for it to be a rivalry, we’ll need to win our fair share.”

One night earlier, the Clippers nearly blew a 15-point lead to the Sacramento Kings. For Clippers fans, it might have felt like the worst kind of déjà vu, evoking acrid memories of their catastrophic collapse in last season’s Western Conference semifinals. The Kings game, though, was a step in the right direction, according to Doc Rivers. “We wouldn’t have won [that game] last year, I don’t think,” he said. “So early on that’s a great sign for us. They didn’t flinch last night. They just kept going. They almost accepted that [the Kings] were going to make a run, and they also knew that they should’ve been up more. But it was very quiet in the huddle, which from a coaching standpoint you really enjoy.”

That poise carried over to the Mavericks game. The Clippers came out generous, with their first nine points scored by four different players. And when things got chippy and Blake Griffin and Jordan got T’d up, they didn’t complain. They responded by putting the game out of reach.

It’s also hard to imagine that the Clippers aren’t aware of how they were one emoji hostage crisis away from losing Jordan and seeing the team’s championship window slam shut. Some of the players’ quotes had a “there but for the grace of Twitter go I” air about them, like a tacit acknowledgment of how close they came to being in a position almost as dire as the one Dallas finds itself in.

“I think we all have a different mentality going into every game, especially with me, Blake, and [DeAndre],” Chris Paul told reporters after the win. “We probably talk more now than we ever have before in terms of game planning and how we want to approach every game.”

Griffin, in particular, has evolved as a leader. “This summer, I evaluated everything on and off of the court,” he said after Thursday’s game. “I have definitely taken a different approach. As far as basketball goes, I am still playing the same, but leadership-wise, I try to carry myself differently. … We as a group, and me personally, are not going to let things slide this year. If we see something, we say something. We know how not to win a championship; each year we have been unsuccessful and we have learned a lot from that. We know what losing teams do, and we are not going to allow ourselves to do that.”

Griffin was great — he made 26 points on 11-of-17 shooting look effortless and, of course, had a few for the highlight reels. But Jordan, despite only scoring six points, was the star of the evening. It was Jordan’s picture on the tickets. And it was Jordan most often on the JumboTron. He even got to introduce the Kiss Cam — on which the Clippers’ personnel slyly matched Cuban and Clips owner Steve Ballmer on a split screen. Cuban reflexively gave Ballmer a smirk and an air peck, while Ballmer looked like he wanted to slobber all over Cuban’s face and whisper sweet DeAndres in his ear.