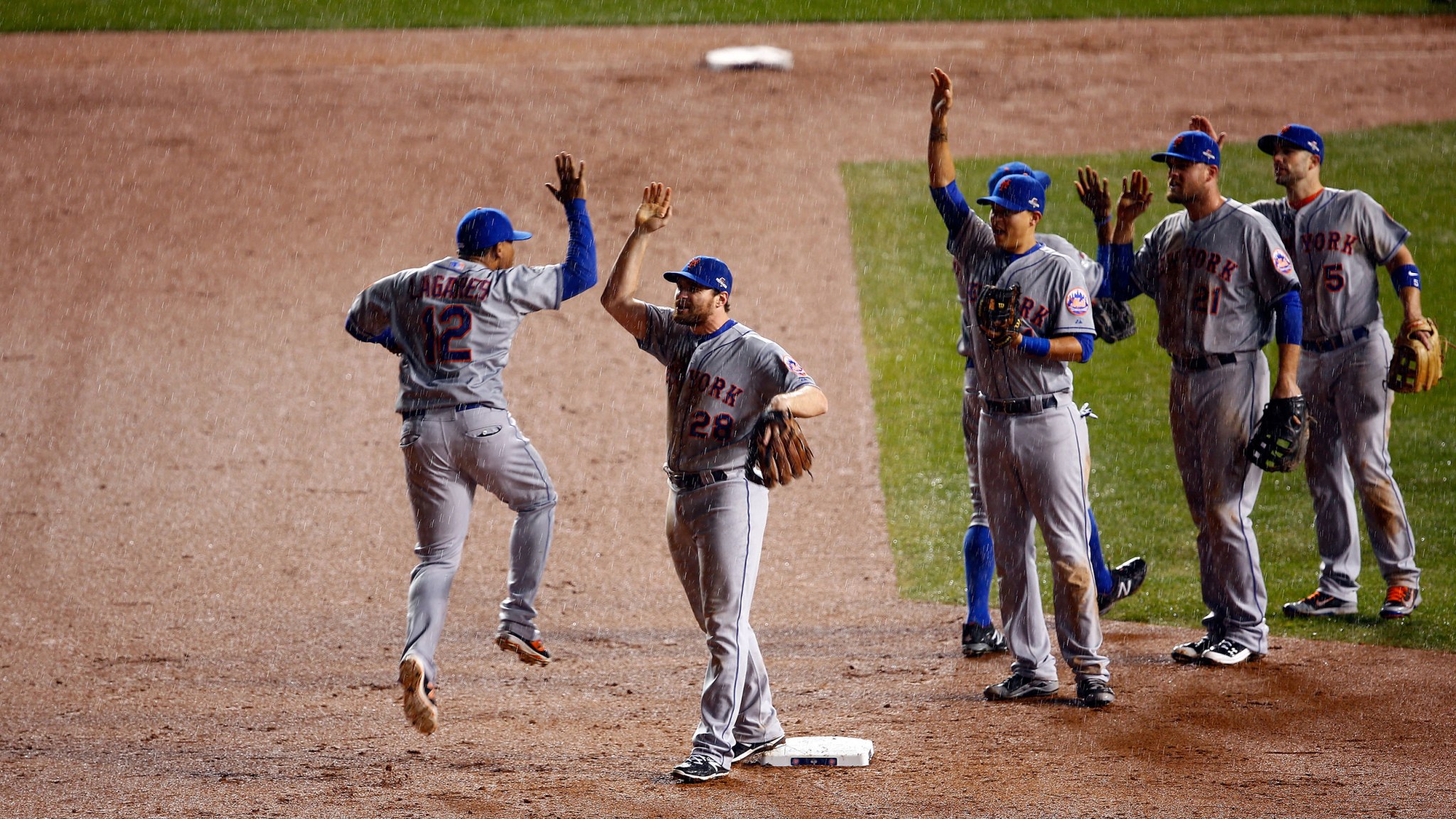 Someone once told me (and I have no idea if this is actually true, but it sounds good, so I’ll repeat it) that when a college opens a green space, landscapers won’t lay down any footpaths at first. Instead, they’ll let students walk on the lawn for a year or so, and they’ll see where the grass is dead from being walked on — in other words, where the paths from building to building naturally occur. Only then will they go back and put down sidewalks.

If, come Game 5 of the ALCS, there’s a band of bricks in the former Sky Dome carpet between the home dugout and the mound, we’ll have Blue Jays manager John Gibbons and his bullpen to thank for it.

With each trip to the mound, Gibbons looks increasingly put-upon. On Monday, he looked peeved that he had to use his two best relievers in a game that Toronto led 10-4 when he first pulled his starter. Since then, he’s had to put R.A. Dickey out of his misery after a start in which the former Cy Young winner allowed five runs and recorded only five outs. And after 4.1 shutout innings of relief from Liam Hendriks,1 Gibbons turned to the ancient LaTroy Hawkins and the rusty Ryan Tepera for salvation and was failed both times. 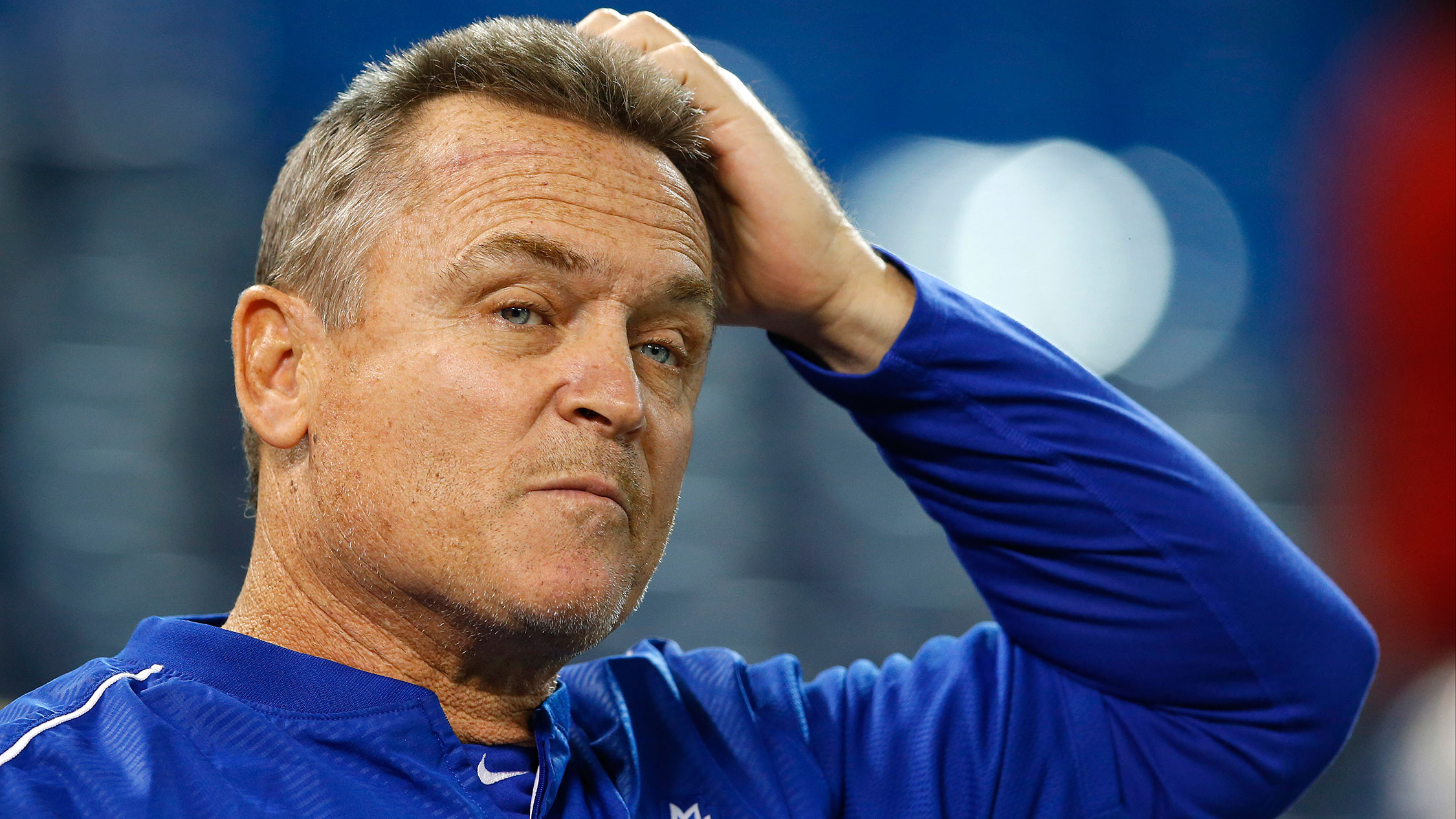 When Gibbons has gone out to the mound recently, he’s looked beset. In fact, he looks sick, as if the little dark marks of stubble on his weathered, I-spent-11-years-as-a-minor-league-catcher face have turned into the outward markings of a disease that’s eating him from inside out. He arrives at the mound with the optimism of a homeowner hoping to spend a Saturday retiling his basement floor after a flood, and he goes back to the dugout with the heavy shuffle of a man who knows his basement is just going to flood again.

It’s got to be frustrating, because for as poorly as Dickey pitched in the early going, eight innings is a long time for an offense as good as Toronto’s to overhaul a 5-0 deficit. The Blue Jays almost did it in one third-inning binge, but Josh Donaldson’s laser down the line ticked over the wall for a ground-rule double, which held Ben Revere at third base. Then Jose Bautista, looking poised to hit the ball 450 feet, managed only a weak RBI groundout that ended up closing out the scoring for Toronto at 5-2.

Chris Young looked vulnerable after that almost-rally in the third, but the problem for Toronto was that the heart of the order never got another look at him. Kansas City’s bullpen then threw 4.1 scoreless innings, which rendered the Royals’ immolation of Toronto’s bullpen irrelevant.

But nevertheless, Gibbons trudged from dugout to mound and back, like a cartoon prison guard, replacing one marginally effective relief pitcher with the next. Never has managing a baseball team appeared so similar to doing laundry. Eventually, out of pitchers and ideas, Gibbons called on shortstop Cliff Pennington to record the last out of the top of the ninth. Pennington’s 91 mph fastball and sharp 79 mph slider generated the first joy in the crowd since the top of the first, but it took what was literally an unprecedented situation: No non-pitcher had ever pitched in the playoffs before.

If you’re down 10 runs, you might as well have some fun with it, particularly considering how completely the Blue Jays’ real pitchers — Hendriks excepted — had failed to that point.

However, after the Pennington-provided brief respite from doom, the Blue Jays find themselves, for the second time in two weeks, in a position where they have to win three games in a row or the season will end. And if Gibbons keeps wearing a path in the carpet to the mound in Game 5, he might be better off just walking all the way home. 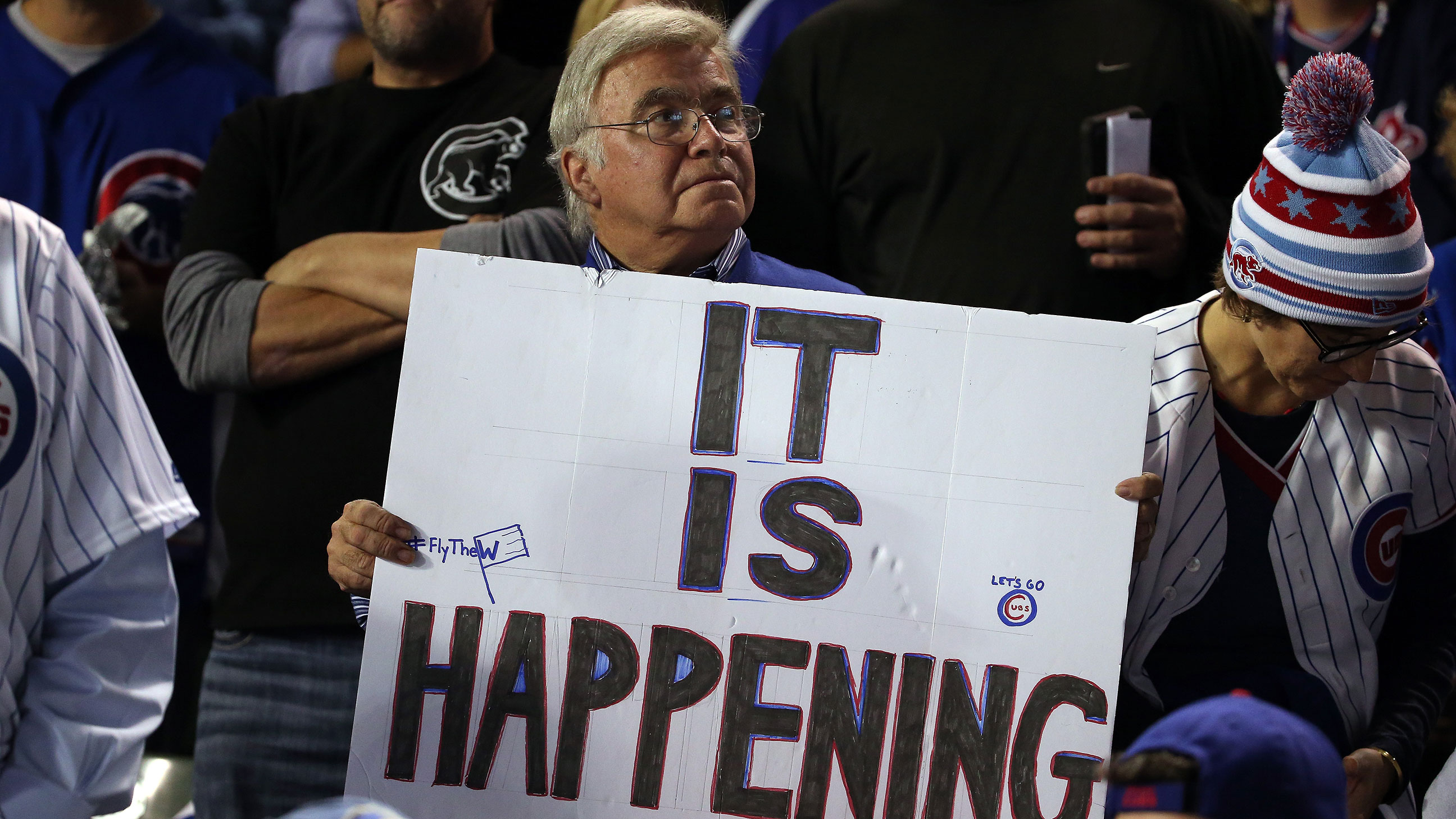 When Kyle Hendricks came out of the game after four innings with the score tied at 2, the Cubs had to be feeling pretty good about their chances. Jacob deGrom wasn’t quite the directionless chucker of NLDS Game 5, but he was closer to that than to the unhittable demigod of NLDS Game 1.

Chicago might have pulled it out if the Cubs defense hadn’t deserted them for two terrifying innings.

In the sixth, Yoenis Cespedes basically created a run when he singled, went to second on a Lucas Duda sacrifice, and then stole third. And with two outs and two strikes on Michael Conforto, Trevor Cahill bounced a curveball, which would’ve been the final out of the inning if the ball hadn’t eluded catcher Miguel Montero. By the time Montero retrieved the wayward baseball, Conforto was on first, Cespedes had scored, and the inning continued on baseball’s bedeviling dropped-third-strike rule.

It could’ve been even worse had Wrigley Field’s notorious ivy not eaten Wilmer Flores’s ensuing double, which would’ve been an RBI triple or inside-the-park home run in a normal park. Then again, it would’ve been an inning-ending lineout if Jorge Soler — who’d homered earlier in the game — hadn’t fallen down on his face trying to field the ball.

Take a look. Soler misjudged the flight of the ball, tried to backhand it, tripped, and fell over in a heap. Then he just stayed there, face in the turf, perhaps hoping that if he didn’t get up, maybe everyone else in the stadium would leave.

Since a ball that gets stuck in the ivy is a ground-rule double, Conforto had to come back to third base, where he was ultimately stranded, so Soler’s mishap play had absolutely zero impact on the final score. But I single it out here because Soler is a 6-foot-4-inch pillar of quivering fast-twitch muscle who has devoted his whole life to athletic excellence the way most of us will never devote ourselves to anything, and he approached that fly ball exactly the same way I would’ve — and I ate a whole container of guacamole by myself yesterday afternoon for no particular reason. It’s just nice to know that elite athletes are human after all.

The next inning, Cespedes and the Cubs outfielders were at it again. Cespedes drove a well-hit but routine fly ball to Kyle Schwarber — who’d also homered earlier in the game — only for the ground underneath the Cubs’ rookie left fielder to turn to quicksand. Schwarber, whose running style could best be described as “ponderous” even under favorable circumstances, misjudged the ball, spun around, and threw his hand up at the last moment, only to have the ball hit his wrist and fall harmlessly (and somewhat inexplicably, from the official scorer’s perspective) for an RBI single.

In fairness, Schwarber and Soler have done more to help their team with their bats than they have to hurt it with their gloves. Schwarber, 22 years old and all of 17 months removed from his last game for Indiana University, is now the Cubs’ all-time career leader in postseason home runs.

Nevertheless, baseball is as much about catching the ball as it is hitting it, never more so than when the stakes are at their highest. And while the Cubs, who never led in this game anyway, might not have won even if they’d played perfect defense, kicking the ball around doesn’t help.

Now, the Cubs are out of breathing room against a Mets team that has never trailed in this series. Oh, and by the way, Daniel Murphy homered again last night. The adjusted-dream scenario of volleying back with two home wins, followed by Jon Lester at Wrigley in Game 5 and Jake Arrieta for the clincher in New York, is gone. Instead, the reality is not quite as rosy: Later tonight, Jason Hammel opposes Steven Matz with the season on the line.

Taking Stock of the College Football Landscape at the Midseason Mark

Q&A: Kevin Love on Returning From a Dislocated Shoulder and the Evolution of His Game