The Dodgers’ Woes Continue, But for the NLCS-Bound Mets, It’s All Amazin’ 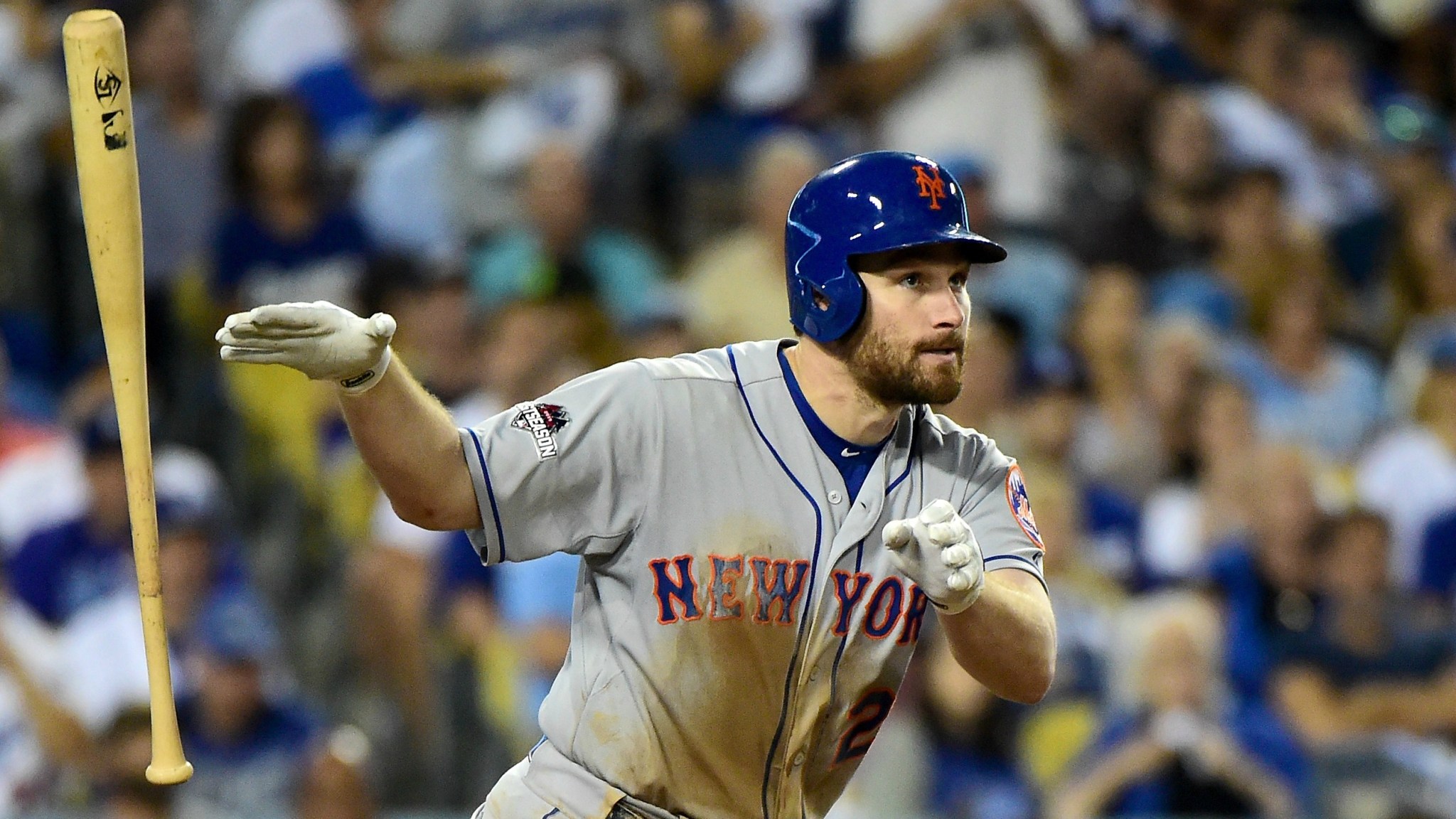 Because there’s so little action in baseball, the late moments of an important contest like Game 5 of the NLDS exist entirely on a plane of higher anxiety than sports that more equitably balance action with rest.

I say “late moments” because even in a do-or-die playoff game, the teams usually spend some time feeling each other out, with the early innings serving the function of prologue rather than climactic battle scene.

That turned out not to be the case in the Mets’ 3-2 win over the Dodgers on Thursday night, as both teams scored in the first inning, and the Dodgers in particular looked to have the measure of the opposing starter. After about an inning, it was clear that New York’s Jacob deGrom, who’d been nearly unhittable in Game 1, had neither his best stuff nor his best command. (Which, unbelievable as it might have seemed 20 years ago, is something we can say nowadays about a pitcher who’s throwing 97 with an 88 mph slider, and who allowed two runs over six innings while striking out seven.)

But the Dodgers put a man in scoring position in each of the first five innings, while deGrom was missing his spots in terrifying fashion, like a Dalmatian puppy who has fallen into a vat of ink. With the Mets down 2-1 in the bottom of the second and L.A. runners on first and second, it looked like the Dodgers could break the game open and never look back.

The presence of Zack Greinke on the mound for the Dodgers made a large-scale comeback for the Mets unlikely, and the Mets had a fully rested Noah Syndergaard in the bullpen. Given the high-leverage gravity of the inning and the way deGrom looked, the high-percentage play — if not the strictly orthodox play — would have been for manager Terry Collins to get a reliever up quickly to put out the fire, then bring in Syndergaard at the start of the next inning with the bases empty and license to go until closer Jeurys Familia was needed.

But if Collins had done that, I wouldn’t want to go to a casino with him nearly as much as I do now: Collins left deGrom in not only to get out of that potentially season-ending jam (which deGrom did), but for the next four full innings as well. And every time deGrom pitched himself into trouble, he got the strikeout or double play he needed to escape. Going with deGrom for six innings was like walking up to a roulette table, placing your entire bankroll on black, winning, and then moving it all to the double zero … and keeping it there for five spins.1

By the time Collins finally called for Syndergaard, the towheaded titan had been warming up on and off for four innings. After one inning of Syndergaard sitting 98-100, Collins brought in Familia for a six-out save. Collins either didn’t realize or didn’t care that Familia would have to bat if he pitched two innings and a Mets hitter reached base in the top of the ninth, so Familia gamely struck out against Kenley Jansen before finishing off the save and sending the Mets to the NLCS.

It’s fair to wonder how a team that let a relief pitcher bat with a runner in scoring position in a one-run elimination game won, particularly with Greinke on the mound for the Dodgers.

The answer lies with the magical night Daniel Murphy had.

The free-agent-to-be drove in New York’s first run with a gapper to left field that Joc Pederson and Kike Hernandez misplayed into a double and a one-base error. In the fourth inning, Murphy singled, advanced to second on a Lucas Duda walk, and, noticing that the Dodgers infielders had abandoned third base when they shifted Duda, scampered over to third and scored the tying run on a sacrifice fly.

Then, in the sixth, just before deGrom threw his first 1-2-3 inning and looked for the first time like he might not give up seven runs, Murphy homered off Greinke to put the Mets up 3-2 and close the scoring for the series for good.

In a season that has, all things being equal, tended to veer toward the bizarre, it’s fitting that the Mets should consolidate their first trip to the NLCS since 2006 by white-knuckling it over the line. While the Dodgers consider a complete overhaul, the Mets will consider how best to overtake the Cubs. This victory completes a transition, mere months in the making, from overwhelming farce to overwhelming force.