The End of a Brilliant Summer: Rory at the Ryder Cup 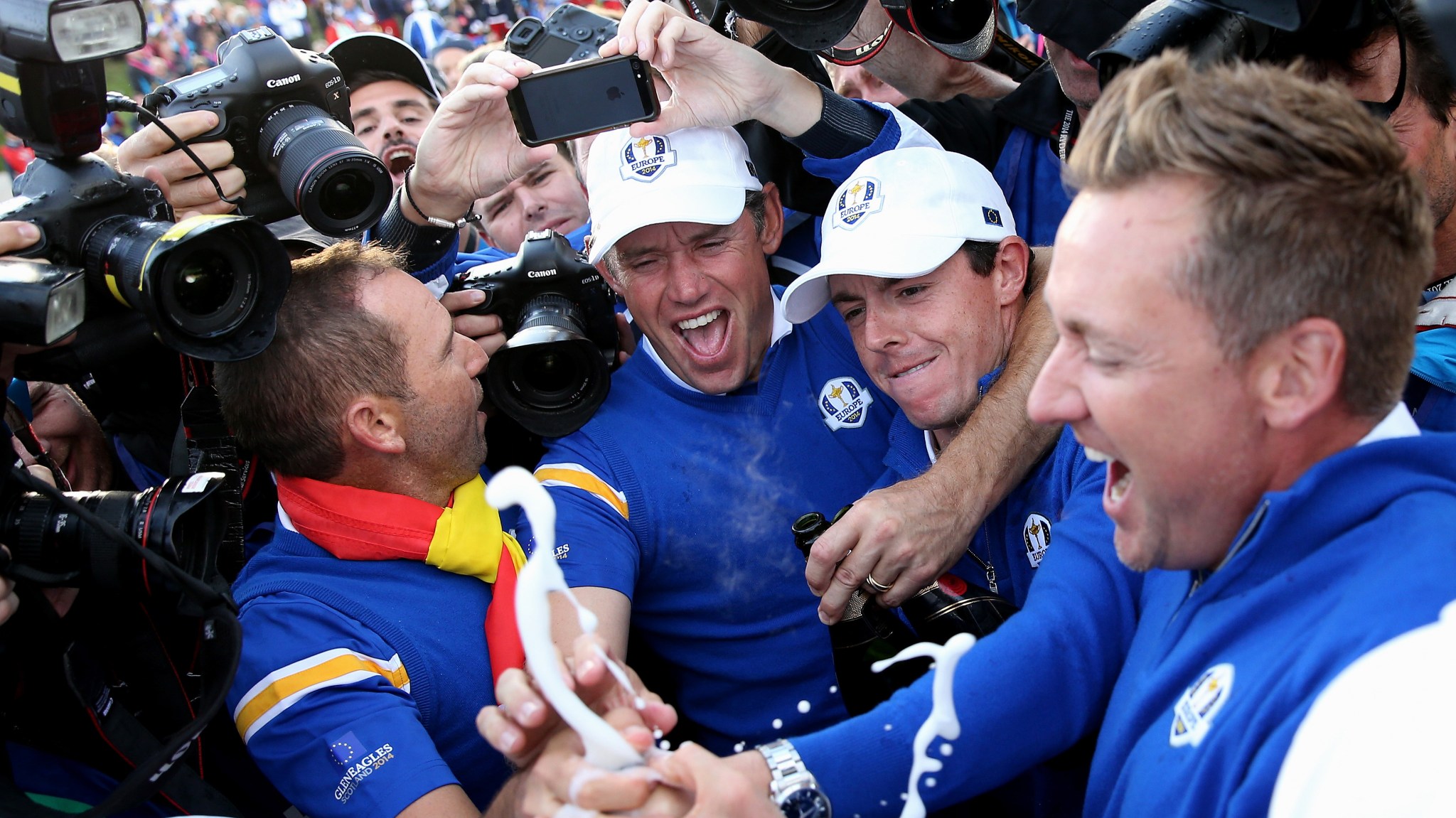 As iconic moments go, a few stood out in Europe’s emphatic, 16.5-11.5 Ryder Cup victory in Gleneagles. There was, of course, the clincher — Jamie Donaldson’s wedge on 15 that stopped two feet from the pin, setting off a champagne party on the green. There was Patrick Reed’s lip-out from two feet that allowed the European pair of Martin Kaymer and Justin Rose to stay level in their foursomes match and earn a half point1 on the 18th hole. Speaking of that hole, what about Jordan Spieth’s approach, which ended on an impossible downhill lie, just below the lip of a greenside bunker? When vice-captain Andy North saw the ball from the fairway, he put his hands on his head in a moment of pure dismay.

These were all unforgettable, but nothing, in the end, will top Rory McIlroy sinking a 45-foot putt on the 17th hole to stave off defeat in Friday-afternoon foursomes:

One spectacular Sergio Garcia 3-wood out of the rough on 18 later and the Europeans had turned a “two down with two to play” deficit into a half point, sending their team into the night with a two-point edge. It was a tone setter — the kind that Rory always seems to produce in majors. But the fact that he found the magic in a Ryder Cup is something that distinguishes him from golf’s last superstar, Tiger Woods.

It was the first half point for Rory, of what would become three, over the course of the Cup. The last point was no less critical, coming in his Sunday singles match against fellow wunderkind Rickie Fowler. The relationship between the two — which includes a duel at this year’s PGA Championship and a quasi-duel at the British Open before that — has something of a big-brother-little-brother dynamic; both can have success, but when they play each other, the outcome is never in doubt. Rory cemented his dominance on Sunday, starting 6-under in the first six holes and establishing an impregnable 5-up lead. Before he could blink, Rickie was beat.

Rory may not have been Europe’s best player — that honor goes to Rose, who finished with four points — but he was arguably the most important. Team USA has now lost eight of the past 10 Ryder Cups, and in the losses that involved Woods (most of them), the Europeans maintained that when they could defeat the world’s best player, the psychological currency was worth more than the point. In the pairs sessions, at least, Tiger could never deliver like he did on his own in stroke play events. Year in and year out, his failures bolstered Europe.

After winning two majors and ascending to the top spot in the world, Rory enjoyed the same cachet. He did not, however, succumb to the same failure. He gave the American team no quarter. After a rough start that saw him and Garcia lose to Phil Mickelson and Keegan Bradley on Friday morning, McIlroy played the four remaining sessions without a loss. In doing so, he became the first player since 1977 to win two majors and a Ryder Cup in the same season. The last man who managed the feat? American captain Tom Watson.

There was something personal at stake for Rory as well. Some doubted Paul McGinley’s place as the European captain when the Americans named Watson to the helm. Powerful figures in European golf wondered if they needed someone to match Watson’s stature, as McGinley’s career was relatively minor. Darren Clarke threw his hat in the ring, and then he withdrew it; Colin Montgomerie took his place, gaining real momentum as 2012 turned into 2013. That momentum ended in January, when McIlroy came out and publicly supported McGinley, who had captained him in the Seve Trophy and earned his total trust. His endorsement was contagious, with influential figures like Ian Poulter, Rose, and Luke Donald all lining up to support McGinley.

McGinley delivered on Rory’s faith, and he acknowledged him in the victor’s press conference. This, too, is what makes McIlroy a worthy superstar in the post-Tiger era — there’s a conscience underlying the immense talent. When we speak about his brilliance, we’re talking about more than just golf.