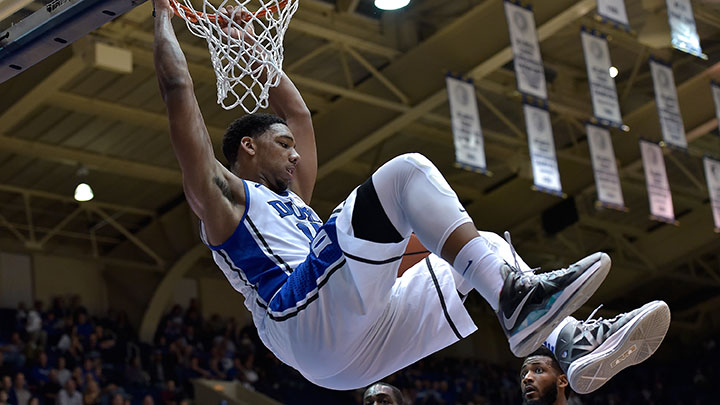 The purpose of this particular hype meter is to give you a quick introduction to the top freshmen in the country and to tell you how you should feel about them as the season begins. I would call them the “Class of 2019,” but let’s be honest, these dudes will mostly be millionaires or huge busts by 2019 — or both huge busts and millionaires — and it will have nothing to do with graduating from college. Also, calling them the Class of 2019 reminds me that we’re three years from a freshman class made up of kids born after the goddamn millennium.

Anyway, freshmen! We’ll start at the bottom and work our way up to the point where the hype meter starts vibrating like Tom Crean after he spots an ice cream truck.

0.0 — Marcus Paige, PG, UNC. Not a freshman. I just want to make sure you guys all know how this thing works.

0.6 — Mathias Plumlee, C, Duke. This is a freshman who I made up, in the hopes that by joking about it, it definitely won’t happen. Mathias Plumlee is fake, everyone. Fake for now, fake forever.

2.1 — Tyler Ulis, PG, and Trey Lyles, PF, Kentucky. Can you imagine being highly touted freshmen, coming to Kentucky, and then not starting? Lyles was Mr. Basketball in Indiana, and Ulis, a Chicago kid, is one of those fast, short point guards who everybody says has “a big heart,” and probably does. When Kentucky wins a national title, these will be the seventh and eighth men who make you explode in fury because you won’t have heard of them all season, but they are now making you realize there are literally no weak spots on this f—— team.

3.5 — Abdul-Malik Abu, PF, NC State. The dude fasted for Ramadan this year during summer workouts, which meant that he couldn’t even drink water after grueling sessions. My pal James Curle knows more about NC State sports than any human alive, and he says the word on the street is that Abu, who did quite well in the team’s most recent exhibition, will come off the bench and see a good amount of time. He can block shots, rebound, and sorta/kinda score, so if Mark Gottfried’s team defense is as rough as usual, Abu could quickly become very valuable in the tough ACC. 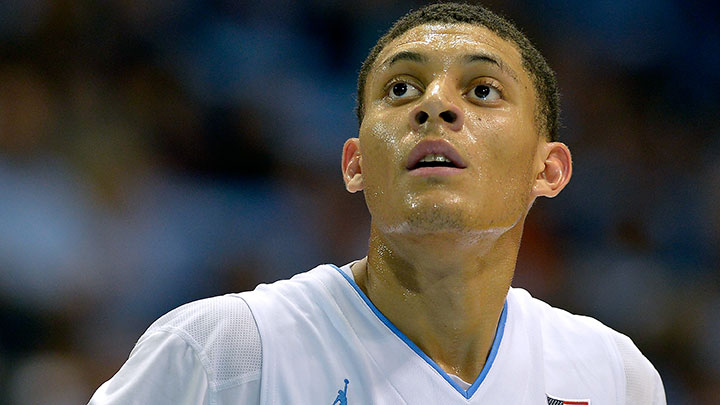 4.2 — Justin Jackson, SG/SF, UNC. Hey, it’s a shooter at UNC! That’s exciting. But even the 6-foot-7 freshman who went 11-for-14 in the McDonald’s All-American game can’t entice me to give anything associated with UNC a great score on the hype meter. Also, things are only going to get worse for Carolina this year, and though I love Paige, I can’t see anyone else having a ton of success.

5.0 — Rashad Vaughn, SG, UNLV. Let me break this down: Vaughn shot 43 percent from 3-point range in high school, scored from everywhere, and is now playing on a Mountain West team that was a hot mess last year, basically got rid of all of its players, and is starting from scratch. What I’m trying to tell you is that Vaughn could score 60 points in a game this year, and UNLV could still lose by about 13. Tell me that’s not fun.

5.8 — Tyus Jones, PG, Duke. All Duke fans want from Jones is a little consistency to counteract the years of false hope laid at our doorstep, in a flaming paper bag, by Quinn Cook. If sophomore Matt Jones is really as good as people say he is and can take over for Rasheed Sulaimon, the Quinn Cook of the shooting guard position, all the better.

6.8 — Kelly Oubre, SF, Kansas. Badass, 6-foot-7, lefty, muscular, great finisher, great defender. The one thing he can’t do is shoot, at least not very well. But as a complement to Wayne Selden Jr. on the wing, Oubre has a crazy high ceiling compared to what people expect. The great pair of great big men in Perry Ellis and fellow freshman Cliff Alexander will free him up to score. 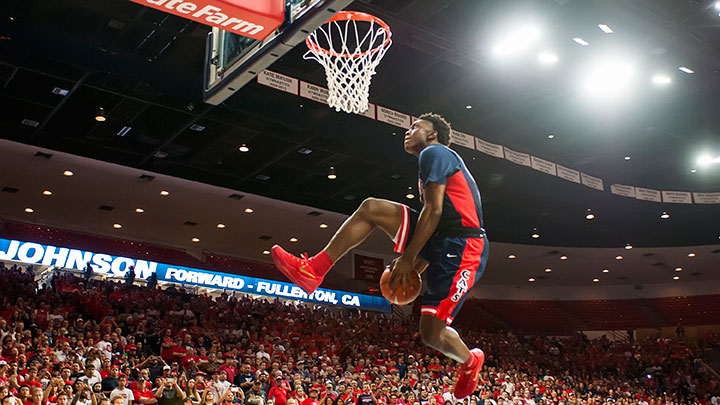 6.9 — Stanley Johnson, SF, Arizona. Perhaps a better scorer than Aaron Gordon? Arizona has been on the cusp of the Final Four in three of the past four years, and in his sixth season, Sean Miller might have his best team yet. Johnson, one of the best scorers in the history of Mater Dei high, could be a huge part of that equation, and the great thing about him is that at 6-foot-6, with strength and quickness, he can play big or small, which will fit well with Arizona’s diverse offense.

7.6 — Myles Turner, PF, Texas. Let me be the first to predict that the combination of a great freshman and a coach like Rick Barnes means that Texas is going to win a national title and definitely won’t lose to Kansas in the Big 12 title game. On a serious note, there’s a bit of folklore that comes along with Turner — his dad claims that his feet once grew three sizes in 10 days and that he also grew so fast they could hear his bones stretching at night — but the reality makes him seem like a pretty ordinary 7-foot prospect. Great shot blocker, good rebounder, good passer, good shooter, but also kinda slow and clumsy and not the most athletic guy in the world. However, Turner improved like crazy during his senior year in high school, and if he continues on that trajectory, he might be unstoppable. Which is all fair enough, because Rick Barnes will probably screw him up anyway. Turner admitted that people told him to avoid Barnes in the recruiting process, and if this experiment doesn’t go well, even the Longhorn name might not be enough to land Barnes any more prized recruits.

8.3 — Karl-Anthony Towns, PF, Kentucky. The name makes him sound like someone who assassinated a president, but the 6-foot-11 freshman is just the latest body in the Calipari Freshman Factory. There aren’t many weaknesses in his game — he’s got great hands, great touch, he can pass and shoot, and, unlike most UK freshmen, Towns is actually landing in the midst of a fairly veteran squad, at least by Calipari’s standards. He’ll have Willie Cauley-Stein, Alex Poythress, and the Brothers Harrison with him, and he may actually be the only freshman in the starting five. The educated guess is that he’ll have the best season, numbers-wise, of any freshman in the country, including the man who tops our hype meter …

9.3 — Jahlil Okafor, C, Duke. Oh my god, Duke has a talented big man. As far as I’m concerned, this hasn’t happened since Shelden Williams a decade ago, and as a Duke fan, I couldn’t be more excited. Okafor is 6-foot-10, and the word on him is that his repertoire includes the kind of post moves you don’t see with many modern centers. Whether that means he’ll start taking running sideline hook shots or just pump-faking occasionally, only time will tell. He’s also hyped beyond belief, to the point that he’s considered the likely no. 1 draft pick for 2015.

The only thing that concerns me with Okafor is how everyone constantly describes him as “soft-spoken” and “gentle,” and how Coach K and others hint that he needs more intensity on the court. He fails the eye test in a big way, and when I say “eye test,” I mean the test where I look at pictures of his eyes to see if he looks tough. Seriously, look — he fails. Then again, the eye test is probably bullshit. Okafor is just the third freshman to make the AP preseason All-American team (Harrison Barnes and Andrew Wiggins were the other two), and if he makes the postseason team, he’ll be the first of the three. If he doesn’t make it, I think we can start talking about a curse, while Coach K will start shying away from one-and-dones in favor of steady four-year Mathias Plumlee types.