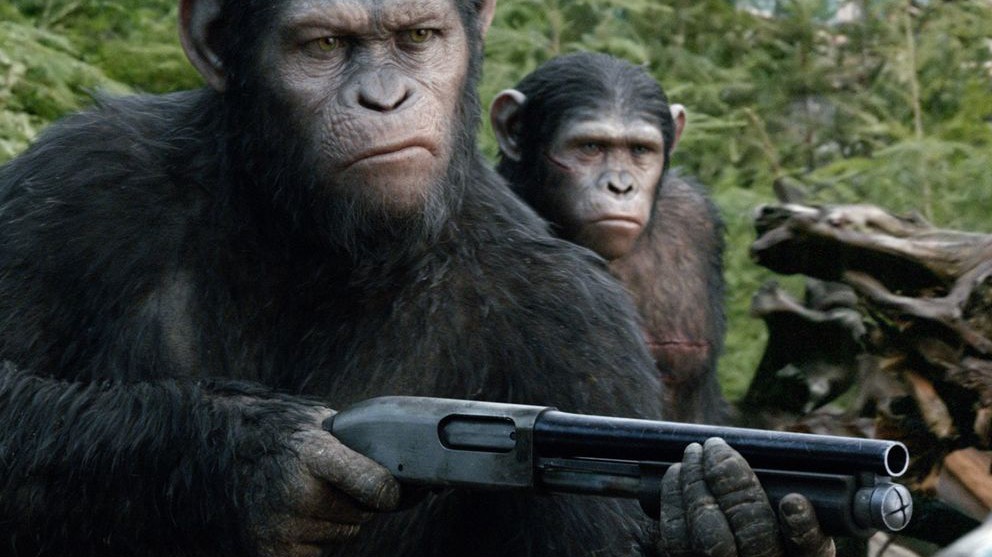 $134.5 million: This weekend’s cumulative total earned by the top 12 films, which Box Office Mojo reports is 26 percent less than the same weekend in 2013. This month’s overall box office has taken a 30 percent plunge compared to last year, when Despicable Me 2 and Grown Ups 2 ruled the earth.

4: Number of sequels in the the top five, same as last week — although this time around, two of ’em (The Purge: Anarchy, Planes: Fire & Rescue) are new releases.

$36 million: Dawn of the Planet of the Apes’s domestic total on Weekend 2. Apes bested The Purge: Anarchy by $7.6 million to hold its spot at the top. While Caesar’s second adventure fell 50 percent from its $73 million debut weekend, Box Office Mojo notes that this summer’s other big sequels (Transformers: Age of Extinction, X-Men: Days of Future Past, The Amazing Spider-Man 2) all dropped at least 61 percent between the first and second Weekends. Apes also passed the $100 million mark internationally.

4: Days until Dwayne Johnson’s Hercules and Scarlett Johansson’s Lucy step into the picture, followed by Marvel’s next box-office destroyer, Guardians of the Galaxy, on August 1.

33: Number of theaters Richard Linklater’s Boyhood expanded to this weekend, up from five last weekend. The experimentally filmed coming-of-age story took in $1.2 million, bringing it to a $1.85 million total in America. Internationally, Boyhood has already racked up $3 million.

$495,000: Opening-weekend total for Zach Braff’s second feature film as writer/director — and first one funded on Kickstarter — Wish I Was Here. The Garden State pseudo-sequel opened in 68 theaters. Next weekend it’ll jump to 600.

$456,000: Weekend earnings for Snowpiercer, the first English-language film by South Korea’s Bong Joon-ho and possibly Grantland’s favorite film of the summer. It’s currently playing in 211 locations and has made $3.45 million in four weeks.

$28.4 million: American haul for The Purge: Anarchy. That’s a bit less than last June’s $34 million opener for The Purge, despite Anarchy boasting a 54 percent fresh rating on Rotten Tomatoes. The first one ended up at 38 percent. The Purge also had Ethan Hawke and Game of Thrones’s Lena Headey; Anarchy is more on the Zach Gilford/Frank Grillo register.

$18 million: Opening-weekend domestic take for Disney’s Planes: Fire & Rescue. The original Planes — a Cars spinoff that hit theaters just 11 months ago — was neither beloved (back to the Tomatometer: 26 percent) nor a hit of the caliber that CGI kids movies are generally expected to be, earning $90 million in America and $219.8 million overall. The sequel didn’t beat the original’s $22 million opener, but it’s faring a little better with critics and made $27 million including international receipts.

$15 million: Stateside opener for Sex Tape. That’s not even close to a career best for Jason Segel, Cameron Diaz, or director Jake Kasdan (Bad Teacher, Orange County). This one looked like a mess from day one, so maybe we shouldn’t be surprised that Diaz and Segel couldn’t take it past a no. 4 debut. Box Office Mojo writes that Sex Tape lands in the same dismal range as this summer’s A Million Ways to Die in the West ($16.8 million) and Blended ($14.3 million).

$10 million: Transformers: Age of Extinction’s domestic earnings on Week 4. Don’t even try getting excited at seeing Michael Bay’s latest explosion-porn-fest making so little so soon into its life — it’s still going to become summer’s highest-earning movie within the week. Right now Trans4mers’s $227.15 million total is just inches behind Maleficent’s $228.4 million and X-Men: Days of Future Past’s $230.5 million. Internationally, Age of Extinction is boasting an $886.25 million total and a no. 33 ranking on the all-time worldwide chart. Meaning, yes, it’s closing in on $1 billion. Whether T4 will pass Dark of the Moon’s $1.12 billion from 2011 remains to be seen.

Know Your Rom-Coms: 6 Tropes of the Genre's Golden Age