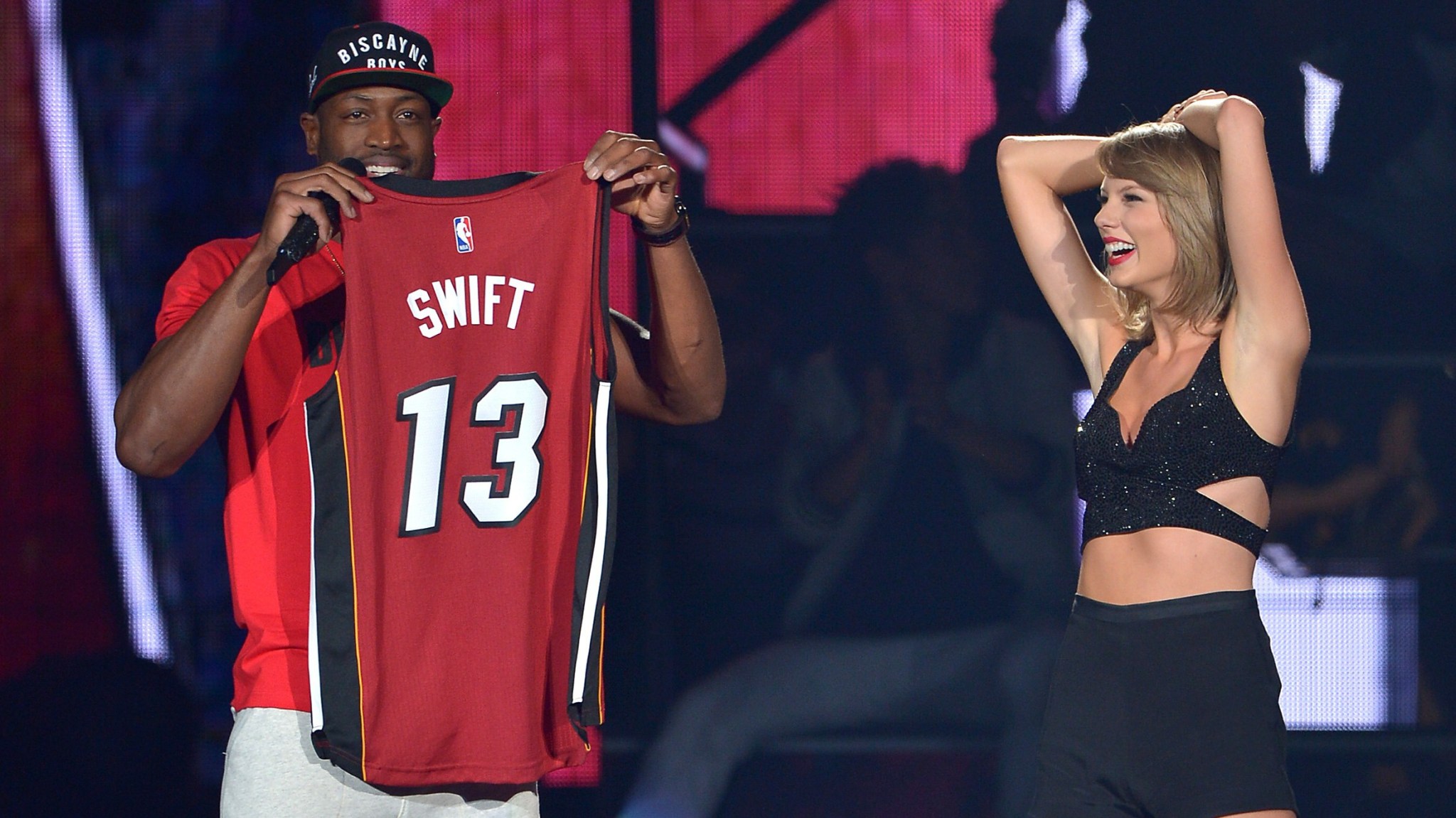 On the one-year anniversary of 1989’s release, Taylor Swift took her victory lap for the album’s huge success with a huge concert at Miami’s AmericanAirlines Arena. And in the most controversial Miami–related pop culture event since “The Decision,” Swift unveiled her Miami squad. Who made the cut? Pitbull (DALE!), Dwyane Wade, and Ricky Martin. That’s pretty good, if an unusually testosterone-heavy lineup for a Swift squad annex. But Miami is a big city, and Taylor’s squad there needs to expand to the size of her “Bad Blood” video cast. Having lost some of her Nashville base during her controversial move from country into pop, Taylor needs to reclaim the South more than ever. Here are suggestions for how Taylor can fill out the blank spaces in her Miami squad.

How could Taylor neglect to ask the most powerful diva in Miami musical history to join her onstage? Is it because Taylor can’t do the conga? It’s probably that. Estefan has taken on a lower public profile in recent years, but she would probably have come out to be inducted into the squad. They have a couple of things in common. Swift and Estefan share a love of bad boys, and they have a ton of Grammys. If she can’t get Gloria, Taylor should at the very least try for the rest of the Miami Sound Machine.

Taylor has been dipping her toe into the rapper pool, collaborating with Kendrick Lamar and bringing rappers like Nelly and now Pitbull onstage. It’s time she got into the Jacuzzi with Uncle Luke. If you listen to the subtext of some of Taylor’s sultrier songs, you will realize she’s not so far distanced from “Me So Horny.” And when you boil it down, aren’t songs like “Pop That Pussy” and “Throw the ‘D’” about girl power? It’s time Taylor lets herself be as nasty as she really wants and announce that her next album will be all Miami bass. Taylor can welcome them to the stage, and in return they can say, “WELCOME 2 THE FUCK SHOP, TAYLOR!”

I bet you had no idea William H. Macy was from Miami! I say that because I had no idea William H. Macy was from Miami. That is because he is the WORLD’S GREATEST ACTOR! You probably thought this lovable everyman was born in the heart of the Midwest because of Fargo, but no, you cannot spell “William H. Macy” without “Miami.” Adding Macy to your squad has never been a bad idea. Think of all the squads he has helped with his presence: He’s an original member of David Mamet’s squad and has done squad duties for Mamet in Oleanna, State and Main, and Wag the Dog. He’s proudly in the Mr. Holland’s Opusquad and Paul Thomas Anderson’s ultimate Altmanesque megasquads in Boogie Nights and Magnolia. Even the Jurassic Park III squad was enlivened by his presence. And let us not forget his contributions to TV squads on Sports Night and Shameless. If you don’t have William H. Macy in your squad, is it even a squad worth having?

What do Rick Ross and Taylor Swift have in common? They both know how much it hurts to get called a fake bitch. Whatever you feel about Taylor, you cannot deny how much she has bossed up this year as the result of hustling every day.

As Taylor has shifted from country to pop, she has lost one thing: sweet, sweet guitar shreds. Yngwie Malmsteen, the Swedish guitarist who now lives in Miami, would be a vital asset who could help Taylor recover her shreddingness quotient. Sure, we all like “Style” now, but imagine how much more sleazily ’80s it could get if it had a long, sweaty, technically perfect guitar solo by Yngwie Malmsteen.

How dare you come to Florida and not invite Da Baddest Bitch onstage? How dare you! The Diamond Princess would make a good addition to Taylor’s squad especially now that she’s a free agent, no longer contractually obligated to be in the Slip-N-Slide squad with Trick Daddy. Trina could teach Taylor a thing or 12 about breakup songs — she’s written both “fuck you” and “love you” songs about ex Lil Wayne, priceless revenges, and pillow talk (“to please me you gotta sleep in it”). Actually, fuck Trina joining Taylor’s squad. Taylor needs to join Trina’s.