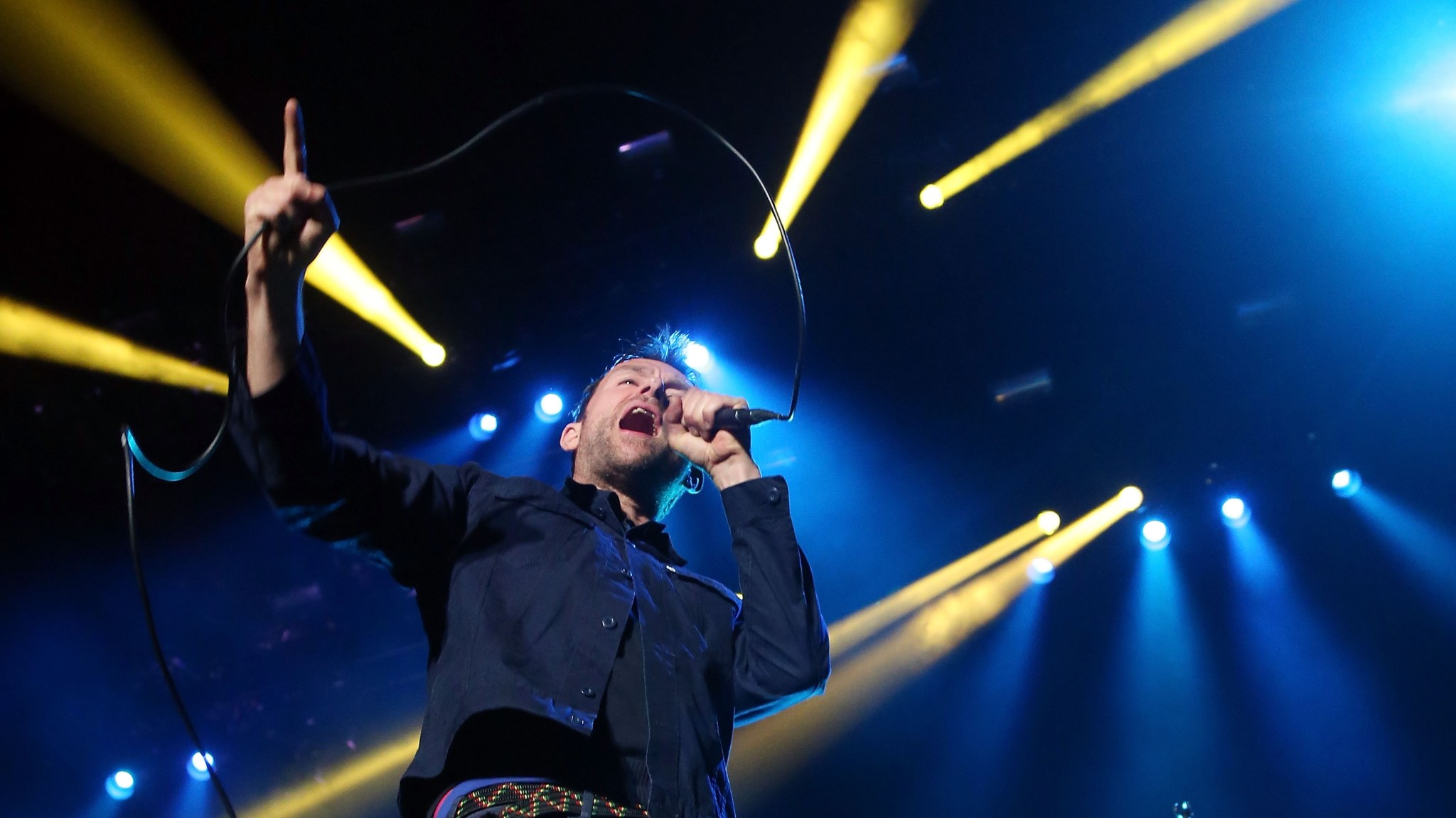 When one speaks of headlining at Madison Square Garden, the word “quaint” does not usually come to one’s mind. But on Friday night, when Blur played MSG for the first time, there was a raggedy and aspirational spirit behind it. When the show was announced, there was no foregone conclusion that Blur was actually big enough for the room. That the band ultimately found itself there felt a bit like the sweet payoff to a stubborn will — the warm, fuzzy feeling of a quaint band reaching heretofore unimaginable heights.

The gooey sentiment comes with a few qualifications. For one, frontman Damon Albarn has already played MSG with his other band, the animated onetime radio staples Gorillaz. For two: Back home in the U.K., Blur is big enough to play Hyde Park (attendance: 55,000) and the Summer Olympics. Still, though: This was about Blur, and New York, and unfinished business.

Earlier this year, 12 years after their last recording, Blur released The Magic Whip, an album surprising in both its existence and, after all that time off, its particular quality and charms. They stayed re-formed long enough to play some pop-up dates and to make a few jolly, requisite media appearances. It was a lovely, calculatedly small return, and it seemed appropriate for an epic-enough band that was always more about nuance and care and craft than it was about sheer, outsize ambitions. Then, quietly enough, they announced a few more spot dates: Palacio de los Deportes, in Mexico City; the Hollywood Bowl, in Los Angeles; and New York’s premier arena, still a particular kind of crucible for national and international acts alike.

“Madison Square Garden, we made it,” Albarn spat out early on. “It only took us 20 years.”

Behind him, as always, were the stolid Dave Rowntree on drums, the rakish Alex James on bass, and the impish Graham Coxon on guitar. There were the neon flashing lights of the psychedelic ice cream cone from The Magic Whip’s cover art. There was a small string section made up of elegant women in black dresses, a small horn section made up of scruffy men in newsboy caps, and a collection of strong-throated backup vocalists. And that was all.

Albarn alternated between a trademark move — keeping the front rows nicely hydrated by spraying bottled water out into the crowd — and dry asides.

Upon being handed stickers from adoring fans: “I could tell you a boring story about stickers.”

Upon being spritzed with beer by a different adoring, presumably more sauced-up fan: “This is how I usually smell at the end of the night.”

He was an able and spirited bandleader, best of all when rousing the crowd into an extended coda on “Coffee & TV.” “Let them sing,” he said, meaning us, and we did: “We can start over, start over, start over agaaaaain.” Next to him Dave bashed, and James grinned away, and Damon’s childhood best friend Graham played his slippery, spiky, wonderfully feedback-laden guitar freakouts.

The night moved and built with unhurried ease. The set list followed a natural retrospective logic, pinging from the first splash, “There’s No Other Way,” to the later melancholic balladry of “Out of Time,” to the eventual unmissable bangers. “The Universal” and its cockeyed uplift was always meant to soar through a room like that, as was the more earnestly sweeping “Tender.” But even the aching bellow of “This Is a Low” filled the place out quite nicely. And “Parklife” became its own little anecdote.

In L.A., Fred Armisen had shown up to fill in the Phil Daniels spoken-word bits. But, Albarn explained, the band had whiffed on trying to find a similar celebrity guest star for New York. Instead, then, quaintly enough, they trotted out a pack of fans to hop along with Damon.

He asked: Did anyone actually know the words? One cheeky young girl, all of perhaps 14 years of age, insisted she did. Could it be true? Or were we about to fall prey to a bad bout of misplaced millennial overconfidence? The big brassy chords kicked in, and so did the girl: “Confidence is a preference for the habitual voyeur of what is known as …” Ahh! She knows it! The crowd lapped it up — much better than any theoretical guest star.

This may well be it for Blur, at least for a little while. Albarn has said he’s resuscitating Gorillaz. There are no more current tour dates announced. But that’s OK: After this, where do you go?

“Friday night at Madison Square Gaaardens,” Albarn said later, pluralizing the place out of drunken reverie or joyous abandon or some overlap of the two. “I won’t soon forget it.”

Filed Under: Music, blur, We Went there, Damon Albarn