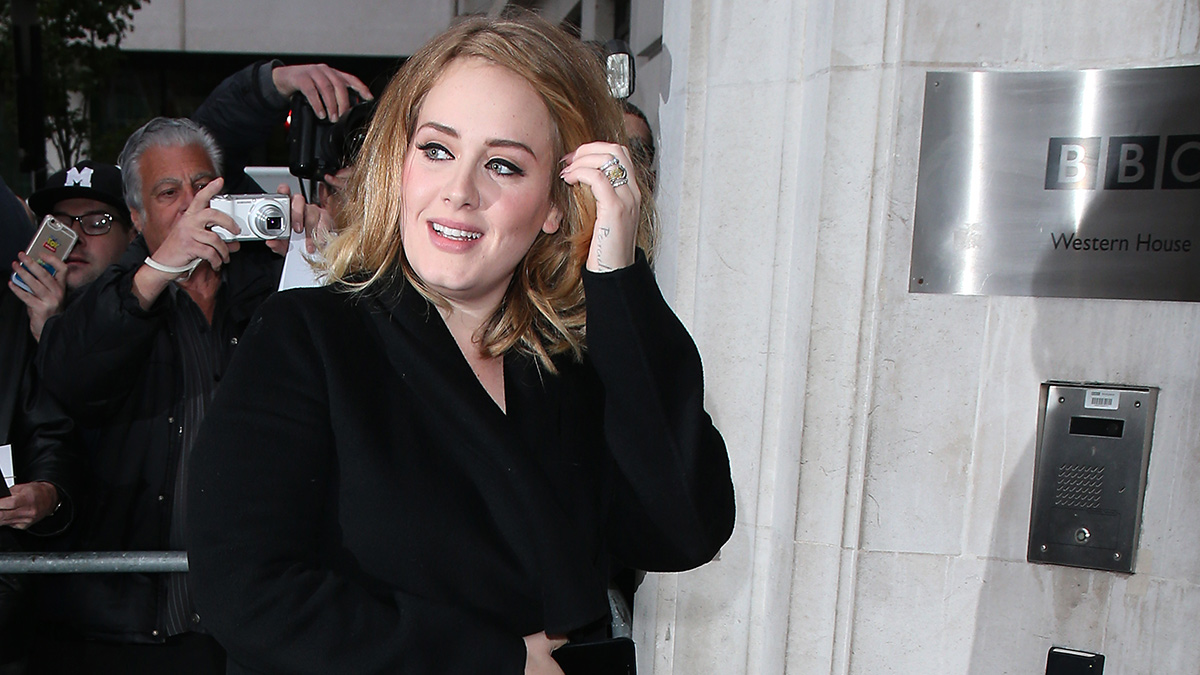 There are a number of perfect things about the music video for Adele’s new single before the song even begins. It’s pure sensory overload. The old-school burner flip phone, the swirling dust that ascends as she pulls off a number of sheets and curtains from a long-neglected home, the ASMR tingles you get from the sound of Adele cracking her neck and breathing deeply. Then the first notes of the piano come through and in the same instance Adele’s eyes open to reveal a familiar glance and holy hell this is way too much to take in after only a minute.

Adele doesn’t reinvent the wheel on “Hello,” but she has no intentions to, and at this point, who would want her to? This specific brand of it’s-never-over heartbreak is her evergreen pastoral landscape — like Pusha T and cocaine, like Weird Al and popular music at large. Adele dwells so we don’t have to. Bless her for that.

This video certainly doesn’t do this performance justice, but listen to it with your eyes closed and imagine how cathartic it must have been to experience one of the very best songs of the year performed with the freaking National Symphony Orchestra.

This new Bieber single is great. It also has an infinitely longer shelf life than Ruben Studdard’s “Sorry 2004.”

Nao’s February 15 EP is one of my favorite music releases of the year, a neo-soul time capsule rocketed out of the Milky Way. Her voice, clear and piercing, melds so seamlessly into the sparse digifunk backgrounds; Nao’s brand of R&B is an exemplar of the present state of the genre. “Bad Blood” is the first single off her forthcoming debut album, and it’s not what you think it is. It’s better. It also comes on the heels of a recent Samsung Galaxy Note 5 commercial featuring one of her songs. It’s been on TV for about three weeks now, so you might already be sick of it, but, as someone who turns on his TV about twice a week, I’m still very much loving the exposure she’s getting.

Ty Segall is the Lil B of psychedelic rock, but without the curses. Fuzz is one of the millions of Ty Segall side projects. He plays the drums. The trio sounds like Black Sabbath. Its new album, II, is out today. I’d highly recommend it if you plan on driving straight into a desert this weekend.

“A Thousand Miles” is a goddamn classic, but, as it turns out, Vanessa Carlton never stopped making good songs! Nashville does an artist good, and that’s where she’s made her home since marrying Deer Tick frontman John McCauley in 2013. When I talked to her fellow singer-songwriter and Nashville resident Natalie Prass earlier this year, she made note of a certain culture within the city. When living in an area steeped in such musical tradition alongside so many young, up-and-coming performers, growing as an artist becomes an imperative — not because of any direct competition, but because there’s a tacit standard to uphold. Carlton’s new album, Liberman, comes out today, and you can feel the city’s ethos in the songs. It’s a pretty satisfying listen. Oh, in case you’re wondering, she’s still a complete badass on piano.

I wrote about Ty Dolla $ign at length last year, and yep: still a fan. Beneath the bulletproof layer of sleaze is a gifted songwriter with an extensive catalogue of influences passed on from his dad, who was a session musician and recording engineer for artists like Joni Mitchell and Quincy Jones. Here, the son is just jamming with one of the best songwriters alive. It’s a Ty Dolla $ign song with acoustic guitars and backing vocals from Babyface. It’s got that distinct Southern California breeziness coursing through its veins, serving as the ultimate muse. It’s a pretty ideal song for L.A. as the city transitions from its prolonged summer into the tepid decline we call winter.

Snakehips ft. Tinashe and Chance the Rapper, “All My Friends”

All my friends are wasted
And I hate this club
Man, I drink too much
Another Friday night I wasted
My eyes are black and red
I’m crawling back to you

I like Arcade Fire, but when was the last time it had a soaring chorus this plainly relatable?

Charli XCX’s new song is produced by Sophie, who has worked with Madonna and whose music has appeared on McDonald’s commercials. At their best, his songs sound like “Bipp” or “Hard” — chaotic whirlpools of sound that conjure images of overcaffeinated cherubs gliding around industrial plants for steel or plastic. “Vroom Vroom” is on that side of things, and it’s a great match of talent. There might not be another pop singer capable of going from 100 to 0 to 100 like Charli.

Junior Boys are back! The Canadian electronic duo has produced some of the best, most overlooked future-pop albums of the millennium, and have done so long before sultry crooning over icy synths became something of a norm in this R&B-indebted decade. At over seven minutes long, “Big Black Coat” is the third consecutive lead single to cross the six-minute mark, joining “Banana Ripple” and “Hazel.” Pop is largely about economy and concentration, but in the hands of Jeremy Greenspan and Matthew Didemus, it becomes an explorative sprawl.