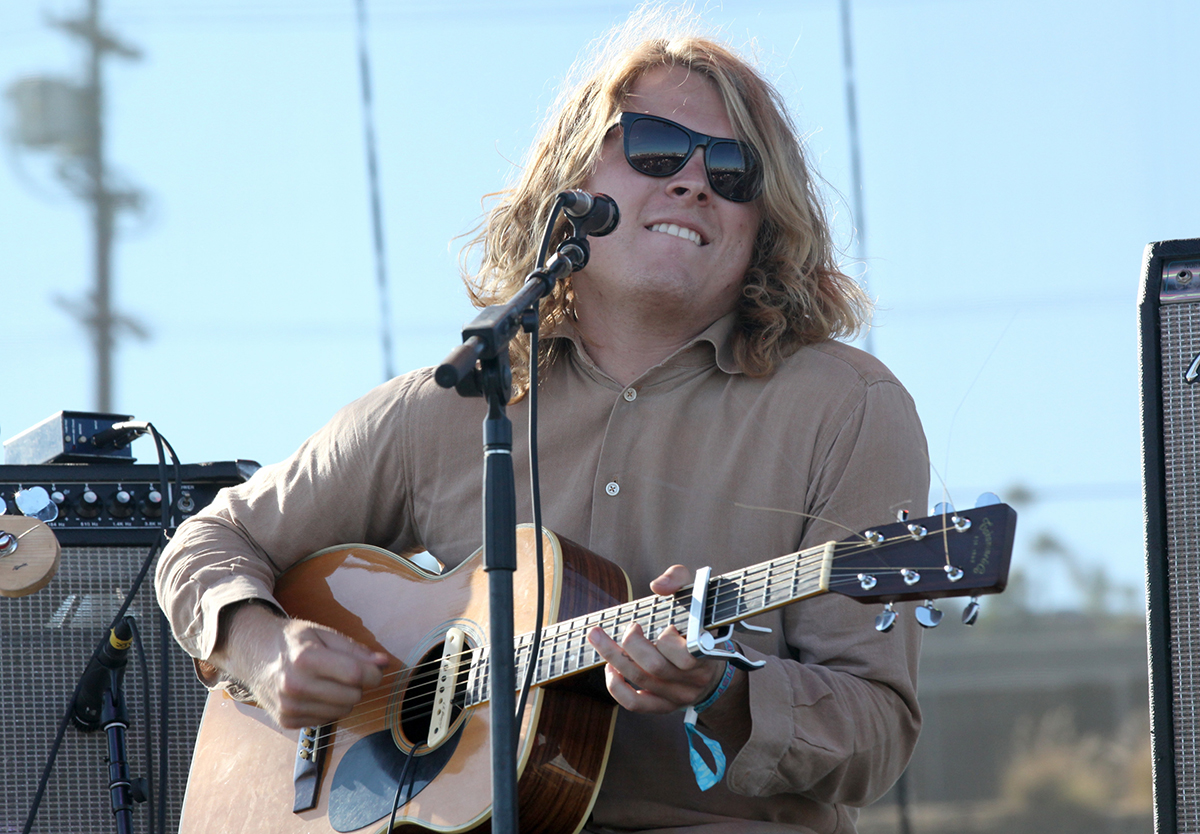 Ty Segall, the prolific 27-year-old singer-songwriter, is widely considered the reigning champion of what the Black Lips once dubbed “flower-punk,” a powerfully raucous amalgam of sweetly scuzzy riffs and a vaguely philosophical artistic outlook. Segall’s records — which come fast and furious, at least once per year since 2008 under his own name, plus many more via various side projects — sound like they were bashed out in a bedroom or basement over a couple of hours. But in reality Segall is a workaholic who relishes the minutiae of record-making, whether it’s capturing the just-right drum sound or finding the precise dose of reverb that will make his vocals sound appropriately enigmatic and bottomless. The result is hard-earned craft and visceral energy achieving alchemy.

Segall’s forthcoming LP, Manipulator, due August 26, is the finest example yet of that careful balance. The L.A. native spent 14 months making Manipulator, easily the longest period of time that the prolific Segall has ever put into one record. Naturally, the songs piled up, and Segall ended up with his first double album, packaging 17 tracks together for nearly 60 minutes of music, a sprawling epic by the standards of his previous, relatively svelte LPs.

As a fan of Segall’s — particularly the sensitive swagger of 2011’s Goodbye Bread and 2013’s introspective psych-folk confessional Sleeper — I was frankly thrilled when I heard that Manipulator was a double album. The threat of overindulgence was outweighed in my mind by the potential for A Major Statement that’s inherent to double albums. The format seemed perfect for an artist as creatively restless and enamored with classic-rock history as Segall. Double albums offer a big canvas that often inspires career-defining work, and I hoped that Segall — who’s been consistently good without ever totally hitting it out of the park — would rise to the occasion.

Sure enough, Manipulator doesn’t disappoint. It’s Segall’s best album, his culmination as a songwriter and recording artist that long-time followers will appreciate, as well as an ideal entry point for new listeners. Everything that Segall has previously done well over the course of his many other albums is encapsulated and refined on Manipulator. Segall’s pop sensibility shines on lysergic earworms like “Tall Man Skinny Lady,” “Mister Main,” and “Green Belly.” His darker, more menacing psych impulses run wild on organ-driven trance rockers like the title track and “The Connection Man.” And his more recent “guy strumming an acoustic guitar” moves are elaborated on “The Clock,” with its extravagant Spanish guitar flourishes and gorgeous string section.

Segall pulled a Hendrix — this is his “I can do whatever the fuck I want” record. But all the while, Segall stayed disciplined. Quality control was a must for him on Manipulator.

“This record was more of a check-off list — like, yeah, I want to work for a year on this record, I want to get strings on it, all these things,” he said. “I kept rewriting stuff and building stuff up and then it did turn into a double record, which is pretty long. Double records are scary and a bit excessive if it’s not appropriate. You shouldn’t be like, ‘I’m going to go to the studio and make a double record.’ If it happens, it happens. You should be excited about cutting songs to make the record better.”

The music media tends to depict Segall as an archetypical hippie-surfer dude, which suits his easygoing manner and Laguna Beach roots. In the profiles I’ve read, he comes off like a somewhat flaky, vinyl-mad mystic. (“Ozzy Osbourne is Jesus. Arthur Lee is the Divine Spirit,” he related to Spin in 2012.) The line of questioning turned personal last year while Segall was promoting Sleeper, which addressed the recent death of his father and subsequent estrangement from his mother. Perhaps that was why his publicist asked that I confine my inquiries about Manipulator to the music. “Sometimes, it seems like [reporters are] trying to get me to talk shit about certain people, I don’t know,” Segall explained when I mentioned this during our interview.

Fortunately, Manipulator is rich enough to provide fodder for a 30-minute conversation. Aside from a contribution here or there from outside musicians on a handful of tracks, Segall recorded everything on Manipulator himself. (His touring band backs him only on the hooky stomper “The Faker.”) For several songs, Segall started by writing the drum parts first and building the rest from there. The drum sounds on Manipulator are pretty fantastic, by the way — the guitar riffs might nod to Tony Iommi, but the beats are pure ’70s bubblegum. Rock geeks who fondly recall the breaks in Tommy Roe’s “Sweet Pea” will rejoice.

In conversation, Segall is thoughtful about his music but clearly more interested in making it than in intellectualizing it. Crafting records is a tedious, detail-oriented slog that’s excruciating for non-musically attuned minds. But for Segall, who worked almost twice as long on Manipulator as he has any other album, the opportunity to fully immerse himself in this process of realizing the sounds knocking around his head was an intoxicating experience. For weeks at a time, Segall literally did nothing other than live, breathe, and create Manipulator, and he couldn’t have been happier.

“A lot of the times I have a short amount of time in the studio, or I honestly have been very impatient in the past,” he said. “This time, it was just a goal of mine to not finish until I went as far deep into it as possible. It was kind of insane, because we were in the studio for 30 days straight, from two in the afternoon until about four in the morning. I’ve never in my life even come close to an experience like that. Every other recording experience has been the complete opposite. Like three days a week for four months, where I’m writing in the studio while I’m recording or whatever. I’ve never done something consecutive like that. It was pretty awesome.”

Segall somehow also found time in the past year to produce For the Recently Found Innocent, the strong new record by Segall’s friend and collaborator Tim Presley, who records as White Fence. Along with Mikal Cronin, who plays in Segall’s backing band and has two recent excellent garage-pop records of his own, these young and talented musicians make up an informal network of mutual support and friendly rivalries. They’ve recorded and toured together, and they gently prod each other to constantly make better albums.

“I think it’s a really healthy and good thing,” Segall said. “You know that if you’re a music fan it’s not going to become a selfish, weird thing to try to outdo your friends. It’s more about thinking how this is a community —we can push each other and push our records to a different place, you know?”

With Manipulator, Segall has thrown down the gauntlet.