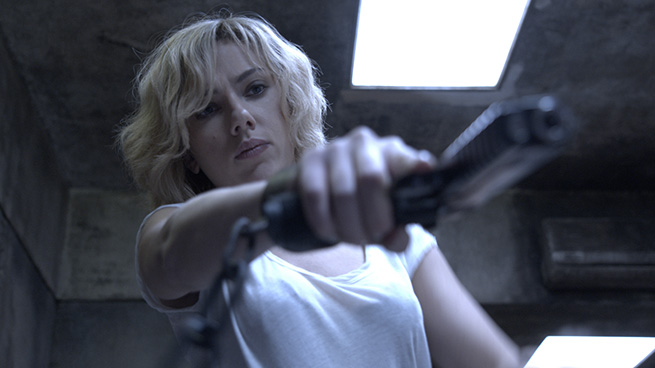 In the short story “Funes the Memorious,” by the great Argentine writer Jorge Luis Borges, a young man is thrown from a horse and, when he regains consciousness, discovers he has developed a prodigious memory. Ireneo Funes can remember and perceive everything: In his overly replete world, there are nothing but contiguous details. “I have more memories in myself alone,” says Funes, “than all men have had since the world was a world.”

Ireneo Funes is a savant. He perceives each discrete object in exacting and individual detail. To Funes, two identical dogs are two entirely different species, each deserving of its own name; a dog at 3:40 p.m. is a different animal than the same dog a minute later, and so everything in the universe, in every passing moment, in pitch of night or the soft patter of afternoon sunlight, should have its own name, its own place in the taxonomy of reality. For Funes the Memorious, semantics are useless: He is a living catalogue of all existence.

Of course, normal people need semantics. The human race emerged from chaos and created symbols, grouped things into categories and named them — i.e., “dog” for all dogs, regardless of the breed or time of day — in order to turn off the faucet of undifferentiated, total experience that is Funes’s intolerable state of being. Sometimes, in the height of a psychedelic drug trip, we may lose those symbols, forgetting the names of things, just as we unloosen that same faucet of perception and momentarily experience a shred of Funes’s capacities.

This is precisely what happens to the drug mule Lucy in Luc Besson’s stylish new science fiction film, Lucy: An experimental drug, secreted into her abdomen by Chinese mafiosi, spills into her body and releases the apocryphal hidden percentages of her brain’s capacity. She is dosed, and wide open the faucet of perception gushes. Like Bradley Cooper in Limitless, she becomes an immediate polyglot, inferring Chinese from a few overheard words. Like Keanu Reeves in The Matrix getting jacked with knowledge (“I know kung fu”), she becomes an able fighter, although she quickly moves beyond the need to fight, manipulating matter, building invisible walls, and throwing gangsters into the air with no more than a raised pinkie. 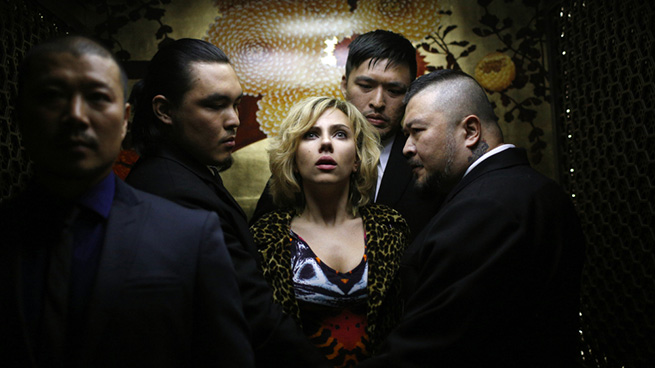 Unlike Funes the Memorious, Lucy is no idiot savant, cataloguing the multiform world with exactitude. Instead, she is the raw hardware capacity of the human organism, taken apart and put back together again by its own software — what John C. Lilly, the inventor of the sensory deprivation chamber and one of the 1960s’ most unhinged LSD prophets, called “self-metaprogramming the human biocomputer,” and what Timothy Leary referred to as “activating the sixth circuit,” the process of the nervous system becoming aware of itself, enabling the hacking of human software.

This is actually an important takeaway from Lucy: The first and greatest computer is right above our noses. Despite the film’s lax approach to scientific plausibility — that we use only 10 percent of our brains is a heavily trafficked medical myth, arising from a misrepresentation of 19th-century neurological research — Besson is correct in his appraisal of the brain as the ultimate piece of hardware, and one that might benefit greatly from more capable users. Our 100 billion neurons, laced together with (roughly) 1 quadrillion synaptic connections, make up the most powerful processing system in the world, far more plastic and nimble than any piece of silicon.

In one of Lucy’s most potent scenes, a freshly dosed Lucy calls her mother from a Taiwanese hospital. As a terrified surgeon pulls a baggie of crystalline blue powder from the wound in her stomach, Lucy tells her mother that she can feel everything. Gravity. The rotation of the earth. Her own body’s growth and decay. She can access the deepest parts of her memory, can remember the taste of breast milk, the precise feel of a long-dead Siamese cat’s fur. Lucy weeps as she recounts these memories, sounding like the tripping college student her mother likely assumes that she is, but she’s already moved into new territory, far beyond simply being human.

Human memory is defined by its subjectivity, its amorphous mutability. Lucy’s memories — and those of Funes the Memorious — are the opposite. They are as precise and elemental as atoms. To put it another way: I, a human being, have memories. My computer, upon which I am composing this text, has memory. 256 gigabytes, to be precise. My memories are defined by their fallibility, their subjective fog of associations and emotions. My computer’s memory is a technical specification, sold to me upon purchase as something that can be counted — and counted on to store the thoughts and images I have managed to wrest from my brain and translate into readable file formats. This is what separates us from the machines. 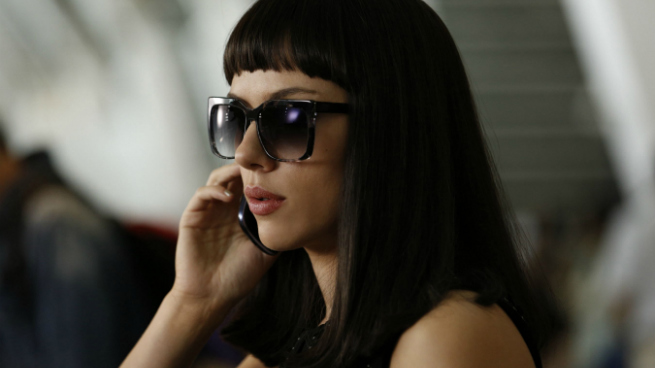 Lucy makes a gallant leap over this divide almost immediately. As the drugs affect her system and her memories leapfrog beyond subjectivity, she becomes a kind of machine. We’re fooled by her form, of course — that she still has eyeballs and curves, that she bleeds. But a human without limitations isn’t human. The film teases this: Lucy feels no pain, no remorse as she punctuates her path through the world with thoughtless murder. She teeters perpetually on the edge of becoming ineffable. In one great scene, she begins to dissipate into motes of glistening dust, her face slipping away even as she examines it in the bathroom mirror.

The conclusion of the film sees Scarlett Johansson reiterating the exit strategy of her role in Spike Jonze’s Her — incidentally, we cannot overstate the fact that ScarJo is choosing the most interesting, important science fiction roles of her generation — in which the sentient operating system, Samantha, evolves beyond her already incorporeal existence into some higher cosmic plane. Lucy takes a similar journey, made more interesting, I think, by the fact that she begins it as a human being and finishes it as an artificial intelligence.

Cells strive toward either reproduction or immortality, or so we are told by Morgan Freeman (as Professor Norman) in Lucy; fittingly, then, Lucy donates her great knowledge, her memorious perception of all things in existence, to the future. In the absence of her body and her affectless descriptions of the space-time continuum, she bequeaths humanity a USB stick, rendered flat and dark as vantablack, hollow and full of stars. “We all live by leaving behind,” writes Borges in “Funes the Memorious.” “No doubt we all profoundly know that we are immortal and that sooner or later every man will do all things and know everything.”

In the world of Lucy, Borges is half-right. Not every man can know everything, but one woman can.

'Guardians of the Galaxy' Primer: All the Questions You Need Answered About Marvel's Super-Weird Superhero Team