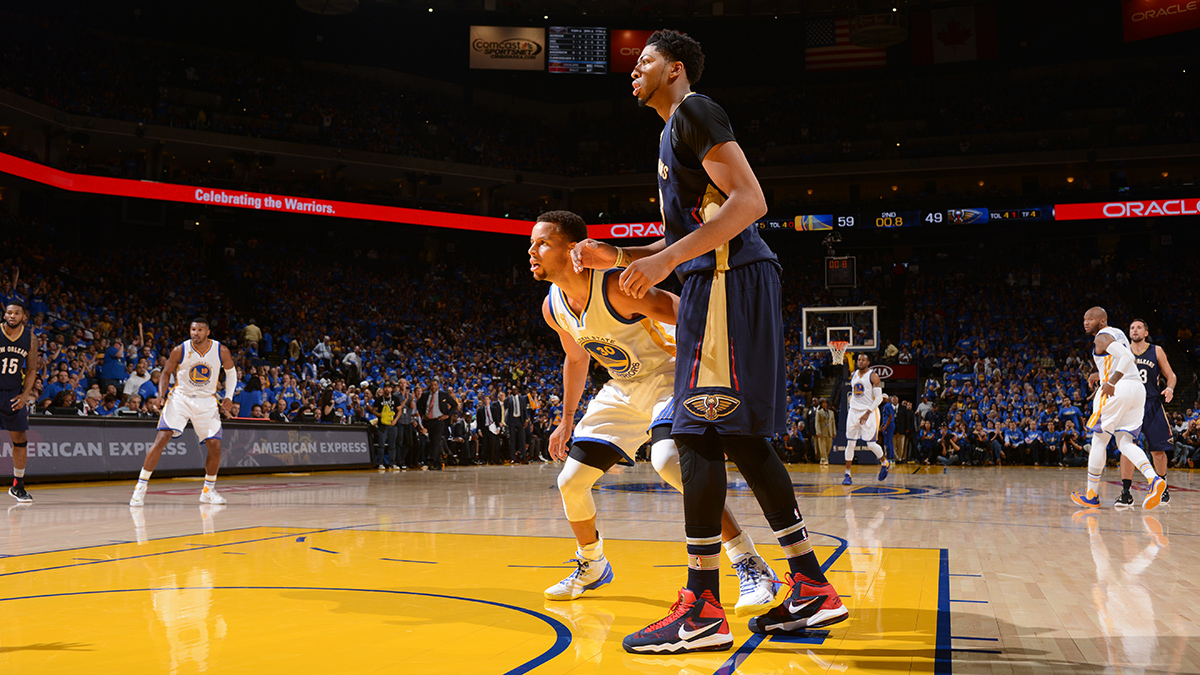 The rivalry that wasn’t still isn’t, the Bulls stay the Bulls, and … Kentavious Caldwell-Pope? Let’s go through all the NBA action from opening night.

A Touch of Great

Spoiled be those who were lucky enough to watch Magic Johnson and Larry Bird achieve a perfect rivalry in the ’80s. The opportunity to judge and compare different avatars of greatness on such even ground hasn’t come along in the NBA since then. Timelines, health, narratives — they all have to align in a precarious way. But we’ll often still jam a square peg into a circle in hopes of landing on that kind of transcendent grace that sometimes comes when two great players collide.

It’s what we saw in Game 3 of last season’s first-round playoff series between the teams led by Stephen Curry and Anthony Davis. And it was reasonable to expect something similar last night, but we didn’t quite get it. Going up against Curry or Davis, the opponent will invariably face moments of impossibility: Curry, with the ball in his hands, can make just about anything happen on offense; Davis, whose physical state of being is the impossibility here, can insert himself into almost any situation on the court and force his opponent to react to his presence. Both inspire awe, but not in the same way. Curry will always create destiny for himself and his teammates; Davis’s impact, at this point, is still largely contextual. Over 57 percent of Curry’s made field goals yesterday were unassisted, only about a percentage point higher than the figure for last season; Davis scored unassisted on only 25 percent of his makes last night, which isn’t much lower than the 28.5 percent from last season.

It all goes back to the fundamental realities of size and position, and what they might always entail within the confines of basketball. The Brow is every bit the destroyer we make him out to be, but he isn’t bringing the ball up the court and creating off the dribble, which means he is still largely at the mercy of those around him. The all-too-brief Kendrick Perkins revival and Dante Cunningham’s bizarre success from outside helped keep the Pelicans afloat, but without the injured Jrue Holiday or Tyreke Evans to reliably create seams in the defense with their penetration, Davis was often floating around the perimeter, forced to call his own number on difficult contested jumpers. In fact, only four of Davis’s 20 attempts came from within 10 feet. It was frustrating to watch, especially when Curry was evoking the sun god on the other end, scoring 24 points in the first quarter alone and 40 for the game — the most by a defending MVP in a season opener since Kareem Abdul-Jabbar in 1972.

It wasn’t what it was hyped up to be, but it was enough, if only to remind us all of Steph Curry’s Technicolor magic, and to remind us that a fourth-year, 22-year-old phenom can still have growing pains along his anointed path.

Some Things Stay the Same

Close games aren’t always good games. You can take Tom Thibodeau out of Chicago, but apparently you can’t take his ugly, grinding bloodbaths out of the United Center. LeBron assuming the Nash Position while figuratively on the bench was a little disconcerting; so was Joakim Noah’s early exit. At least the Bulls unleashed Nikola Mirotic. 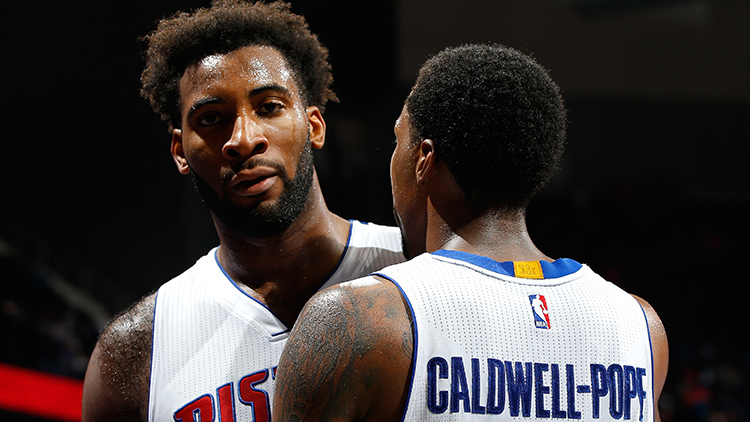 There were signs of a modern offense in Detroit last season during president-coach Stan Van Gundy’s first year at the helm: Detroit finished just outside the top 10 in 3-point attempts and took the league’s third-fewest midrange jumpers per game. But Van Gundy still had to deal with the first 28 games of Andre Drummond, Greg Monroe, and Josh Smith — and the lingering stench of their three bodies jammed airtight in a meat locker for too long.

With time, as we all expected, the fat has been trimmed. What Detroit has this season shares an uncanny resemblance to the most successful team of Van Gundy’s professional career: the 2008-09 Orlando Magic, which surrounded a young, despicably athletic Dwight Howard with skilled perimeter players, notably in the frontcourt. Bargain-bin acquisitions Ersan Ilyasova and Marcus Morris, who combined for 34 points and 17 rebounds in last night’s impressive win over the Atlanta Hawks, have embedded themselves within the Rashard Lewis and Hedo Turkoglu template. Reggie Jackson’s relentless attack mode and Stanley Johnson’s versatility are key cogs in the team’s nascent identity. And if you’re looking for an X factor?

Good lord. Over his first two seasons, Kentavious Caldwell-Pope was on the verge of being branded with the “Shooter Who Can’t Shoot” scarlet letter. Opening night, as impressive as it was, doesn’t change that. But if the Pistons are getting some modicum of that Caldwell-Pope (21 points on 50 percent shooting with four 3-pointers) for the rest of the season, that could be as important as any change the team has made.

Most importantly, though, Andre-as-Dwight is in full effect. I’m starting to think Drummond’s best offensive skill is his complete lack of touch around the basket. It’s the kind of deficiency that would send most other big men straight out of the league, but Drummond is less a big man and more a tiny asteroid belt; colliding with his body is the equivalent of colliding with five others. The attraction he has to his own misses borders on magnetic: Drummond had 13 chances to grab an offensive rebound last night, and he grabbed eight of them. Devoid of perimeter talent, or even a trace of respectable post-up ability, he nonetheless creates his own offense in a way very few can.

It’s early, but I’d put these guys on my League Pass radar.