Songs of the Week: ‘Where Are Ü Now’ Covers, Mac Miller, and the ‘Unbreakable’ Janet Jackson 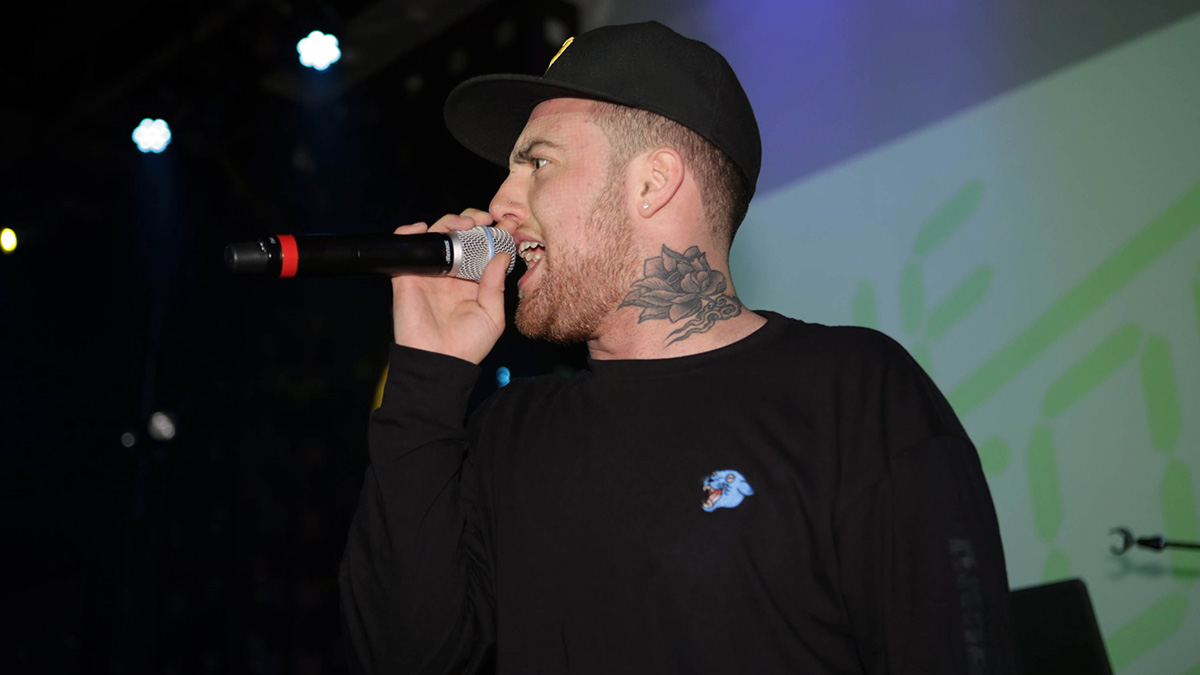 Mac’s GO:OD AM doesn’t reinvent the wheel, but it is, indeed, good. And “Weekend” is more or less the kind of waiting-for-the-weekend song you think it is, but that doesn’t make it any less relevant. Mac’s own work-week drudgeries might not always be relatable, but the existential response is. Miguel doing his thing in the outro is a treasure, but like weekends, it doesn’t last nearly long enough. And before you can extend your hand out to say “Miguel, wait,” he’s gone.

Los Colognes, “Baby, You Can’t Have Both”

I spent Labor Day weekend in a cabin tending to a dingy charcoal grill that wouldn’t light properly, faced with the challenge of feeding seven other grown men. I wish I’d heard of this jam then. It’s got an Allman Brothers Band groove and the Grateful Dead’s irrepressible uncool; it’s a dad-rock appletini. Fatherhood is biological, but being a dad is a state of mind. I just didn’t have the right mental lighter fluid. Imagine drinking a light beer to this song. Imagine how much better I would have been at getting that grill to a proper temperature within an acceptable time frame!

We’re premiering this charming, completely self-aware video from Los Colognes, a band from Nashville by way of Chicago. Since they’re Blackhawks fans living in Nashville Predators territory, maybe the members of Los Colognes can appreciate this:

Q: What happens to Predators goalkeeper Pekka Rinne (now 32) once he becomes a man of a certain age?

A: He turns into Pekka Rinne Romano.

This week, Bleachers’ Jack Antonoff re-released the band’s Strange Desire album, but this time fronted entirely by guest female vocalists, including Carly Rae Jepsen, Tinashe, and Sia. This is Charli XCX’s stab at “Rollercoaster,” and she nails it. It’s not the maximalist pop jolt you might’ve expected from Charli, with Sucker having a catalog full of them, but it’s a nice change of pace.

Little Simz and Stormzy are the hottest MCs in the U.K. right now, and neither is older than 22. On the heels of the release of her proper debut album, A Curious Tale of Trials + Persons, Little Simz released an extended mix of “Dead Body,” with Stormzy, who recently cracked the U.K. Top 40 charts with one of his freestyles, and Kano, who has been in the grime scene since the turn of the century. I’d normally reserve this kind of comment for my basketball writing, but don’t sleep on the massive (rap) talents overseas.

Algiers, “And When You Fall”

I’m not sure if there’s a perfect time to listen to this song. Maybe after an episode of Mr. Robot? Algiers is a band that takes the politics of people like Nina Simone and Malcolm X and broadcasts it in a dark, militant howl for 2015. It’s gospel-inspired music, yet far from exultant; it’s punk. The new video for “And When You Fall” is disorienting — a lot like the album as a whole. The closest comparison to the song I can think of is Radiohead’s “Climbing Up the Walls” — a claustrophobic song full of menace and paranoia — except replace Thom Yorke’s voice with its exact inverse.

Radiator Hospital, “Will You Find Me?”

Radiator Hospital makes emotionally vulnerable punkish pop songs and makes them well. “Fireworks,” off of their album Torch Song, was one of my favorites of 2014. Tonally, Sam Cook-Parrott — great name, but not quite a parrot of Sam Cooke — has a wail not unlike Alec Ounsworth of mid-2000s indie rockers Clap Your Hands Say Yeah. It’s a little funny-sounding, which creates a buffer between the heavy sentiment of the songs and the breathless flurry of the band. But spend enough time with their songs and that buffer begins to erode. It’s worth it.

This song should be a Song of the Week, every week. For a primer, I recommend this Fader story on Tate Kobang’s rise from obscurity to signing with indie rap stronghold 300 Entertainment. Basically, this has been one of Baltimore’s hottest songs all summer, and why wouldn’t it be? What a glorious love letter to a city. This is an extended mix, with an additional verse tacked on to capitalize on the growing attention outside of Baltimore. I’ve walked around Downtown L.A. listening to this song on loop. There’s a rose-colored-glasses effect as you mouth “I love my city / Ask about me and I bet they know me” to yourself, to your neighborhood. It feels right to be standing where you are, wherever you are.

Tim Vocals, “Where Is the Loüd”

Finally, a song that establishes marijuana as a force deeper than any love another human could possibly offer. Harlem’s Tim Vocals’ croon get chopped up at the start, just like Justin Bieber’s in the original, and I swear that silky “I be smoking” refrain is what it sounds like when souls are beamed up to heaven. Covering Jack Ü’s “Where Are Ü Now” is so hot right now. If a straight cover is more your vibe, Florence + the Machine performed it in a BBC 1 radio session. Or, if you’re like me, you’re still listening to Craig David perform one of the greatest songs of the millennium over that beat. Multiple times. Daily.

It’s been seven years since Ms. Jackson’s last studio album, and it’s that time away that makes this album special — not necessarily what was lost in that period, but what was gained. I’ll admit to getting chills down my spine listening to a few of the tracks. Janet’s voice over those years has developed an undeniable patina, and if you close your eyes, you can trick yourself into thinking you’re listening to a duet with her older brother. What a feeling.

(For a more fully baked appreciation of Janet Jackson’s new album Unbreakable — out today! — please read this piece from our own Molly Lambert.)

Julia Holter, “Betsy on the Roof”

For the longest time I never really understood the big deal about dreams. Even as a child, my dreams were boring — picking apples at a grocery store, meeting someone vaguely familiar in the canned foods aisle. The most exhilarating it ever got was when I dreamt I’d taken a final exam for a class I never bothered to attend — a dream so common that the New York Times crafted an entire feature around it; Psychology Today published something about it that was more relatable than any BuzzFeed listicle I’d ever read.

I started listening to Julia Holter’s 2013 album Loud City Song at night when it came out, first at my desk like a normal person, then on my bed with my legs folded, then in total darkness at one in the morning. “Hello Stranger,” in particular, a cover of a ‘60s classic by Barbara Lewis, moved me. In that song’s six-odd minutes, I felt like I was floating in water — something I barely know how to do in real life. This nightly ritual changed how I began dreaming. Instead of being linear snapshots of the mundane, my dreams started feeling more like a ceiling light with a dimmer — brilliant, dark, and all the gradients in between. I never remembered my dreams in the morning, but I was totally OK with that. Better than remembering whether the Washington apple you picked in your imagination was bruised or not.

Holter’s new album, Have You in My Wilderness, is gorgeous — it’s brighter, more vivid, the images are clearer. Above is a live version of the standout track “Betsy on the Roof,” which has existed in one form or another for about five years now. It’s better than the studio version, which makes sense for a song that has existed organically in live performances for so long. I’ll let you know how my dreams turn out this weekend, if I remember them.

Which Movie Astronauts Would You Want to Be Stranded With in Outer Space?