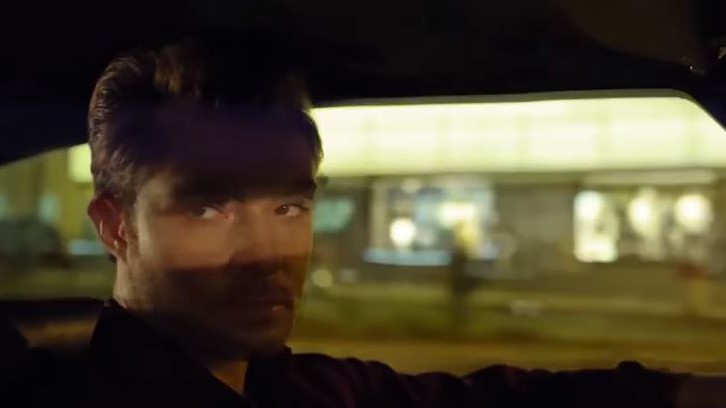 Here is why you make a show like Wicked City for ABC1 in 2015: the soundtrack budget. Every frame of the ’80s-set murder mystery, which debuts tomorrow night, is augmented with pricey, era-appropriate hits, like shoulder pads on a power suit. Our first encounter with Ed Westwick’s Kent Grainger, anemic gigolo, is set to Billy Idol’s “Dancing With Myself.” As the murderous Kent prepares for another night of light petting and heavy stabbing, Romeo Void’s “Never Say Never” blasts from his apartment hi-fi. Later, Joan Jett can be heard, as can a slightly anachronistic Iggy Pop. In fact, there’s barely a moment of silence in the entire first hour as the thudding boots of exposition are repeatedly drowned out by the heavy synths of “Tainted Love” and its glossy, signifying ilk.

Though television remains a roiling ocean of money, only a broadcast network can spend so heavily on ancillary areas like a pop soundtrack. But, then again, only a broadcast network needs to. Because, aside from the tsunami of licensed new wave, there isn’t a single other evident reason for Wicked City to exist, certainly not in its current form. The show is, to be blunt, awful. It’s as cynical and surfacey as the worst aspects of the decade it seeks to chronicle. It’s a faded Xerox of a leatherette jacket. It’s a karaoke version of a cover song. There isn’t a shred of originality on display in Wicked City; there’s plenty of blood, but not an ounce of soul.

You want specifics? Sure. The year is 1982 — we know this because it says so onscreen. The setting is L.A.’s notorious Sunset Strip. It’s the sort of place where young people go to lose themselves in drugs and rock and roll and, in so doing, find themselves. We know this because Westwick’s Grainger romances a potential victim by declaring, “Accept me for who I am — that’s the Sunset Strip.” (Then, in case you were making popcorn or riffling through your copy of The Dirt, he helpfully repeats himself: “You can be whoever you want to be out here.”) That a few twisty blocks of West Hollywood, well known for launching hair metal and being the site of River Phoenix’s death,2 needs to be reframed in such generic, boomer terms (“It’s like Greenwich Village, only with blow jobs!”) is absurd but not necessarily a deal breaker. After all, a desire for reinvention is the sturdiest engine in television’s moldering garage. Don Draper wanted it. So did a guy whose name was Earl. What galls is the way Wicked City tries to class up its dime-store sadism in this aspirational, all-American language. The backstage-crashing journalist played by Taissa Farmiga doesn’t just want to capture a scene, she wants to know truth and beauty. It’s particularly ironic since bands of that era were actually pretty straightforward about their goals. Real talk: Slash didn’t wear that hat to express himself. He wore it to get laid.

Anyway, creepy Kent has this thing about cruising the Roxy and the Whisky for fresh-off-the-bus females, getting them into his convertible and then stabbing them in the back of the head while they service off. (Seriously, an alternate title for this show could be Everybody Blows Chuck Bass.) Why he does this remains unclear — it’s the usual psycho-juju about wanting fame and recognition and maybe something something his mother? — but soon enough he has a partner in heinous crime. Erika Christensen — late of Parenthood, hopefully firing her agent — plays Betty, a nurse and single mom who gets turned on by Kent’s wayward kink. Series creator Steven Baigelman hips us to Betty’s perversions early, when we see her squash a spider with her bare hands. But personally, I had my doubts about her the moment she received a 9-1-1 page from her babysitter and didn’t immediately hop out of Kent’s Camaro. Not only would it have complicated the character in a less-obvious way, it would have been a killer opportunity to license a Blondie song.

So those are the black hats. On the side of the angels is Jeremy Sisto, wildly miscast, as Detective Jack Roth. He’s a good cop. We know this because, early on, another character looks him in the eye and says, “You’re a good cop, Jack.” Gabriel Luna plays Jack’s mismatched partner, a pompadoured fashionista named Paco Contreras. He’s not exactly a good cop, or maybe he’s just a medium cop. It’s hard to be sure because no one tells us in so many words, but we do know he’s complicated because he served in Vietnam. (“Oh, that’s right, you served in Vietnam,” Jack says to Paco early on. Oh, that’s right!) Anyway, Jack doesn’t like Paco’s showboating, but he’s not afraid to bend the rules a bit himself. “Don’t give me your Constitution crap!” he bellows at a journalist when a crime scene is compromised. (Should I tell you that said journalist3 is played by Evan Ross, the son of Diana Ross? I guess I just did!) Jack is also cheating on his wife with a latex-clad coke dealer (Karolina Wydra) but it’s OK because she’s an undercover cop. Don’t give me your monogamy crap!

Look, I could make fun of Wicked City all day. I haven’t even mentioned the constant cutaways to overhead shots of Los Angeles — a numbing shorthand that makes True Detective’s persistent freeway haiku seem profound in comparison. (It helps if you sing “Wicked City” to the tune of Wet Hot American Summer’s “Electro City” while watching.) What I want to communicate to you here is that I don’t want to hate something like this. I believe, deeply, in the best practices of broadcast television. It matters to me that the big four networks try to push past procedurals and attempt to tell the biggest possible stories to the largest possible audience. There’s no universe where something like Wicked City could be as eccentric as, say, Fargo. But there’s also no rule that it has to be. There are plenty of ways to entertain, and very few of them involve telling cops how good they are (or not).

One thing that Wicked City made me think about — other than “better uses for my time” — is the new ER-biting CBS series Code Black. The reason I named it as one of the very few bright spots of an utterly depressing fall season wasn’t because of its insight into modern medicine or its employment of the divine Marcia Gay Harden. It was because, 18 minutes into its frenetic first hour, the story paused long enough for Harden’s driven doctor and Luis Guzman’s tough nurse to look one another in the eye, affirm their love for each other and hug. It was a genuine moment that totally disarmed me with its honesty and its unpredictability. It suggested a rich inner life for characters that were designed primarily to intubate and amaze. It was a reminder that, when done right, broadcast TV can still take your breath away in a manner that doesn’t involve gasping in shock or awe.

Watching Wicked City play out just weeks after writing about that moment is an enormous bummer. (In tomorrow’s pilot there’s a head-desk moment that is literally a severed head on a desk.) But it’s also proof that broadcast’s development process, which was antiquated back when Billy Idol was headlining clubs, is fundamentally broken. In 2015, TV audiences are savvier than they’ve ever been. It’s evident even to those outside of the Burbank bubble that the very things that make drama compelling — idiosyncratic points of view, unexpected tremors of emotion, ideas that discomfort rather than affirm — are the very things that the broadcast networks’ endless gantlet of note-giving, lip-pursing, and risk-avoiding is designed to breed out. In light of this, I can’t imagine how aggressively the producers of Code Black had to fight to keep that tender moment in the final version of their show. I admire them for it, even as I admit the ugly truth about the business they’re in. It’d be tough to come up with a sexier, more marketable contemporary TV pitch than one built around the image of Ed Westwick — nose in the air, hair on fleek — murdering a groupie to a dance-pop soundtrack. But a successful pitch has almost nothing to do with a successful series. It’s just a piece of a larger, vital whole. In Wicked City, all the essential stuff is missing. To quote a certain bleach-blonde troubadour, it’s eyes without a face.