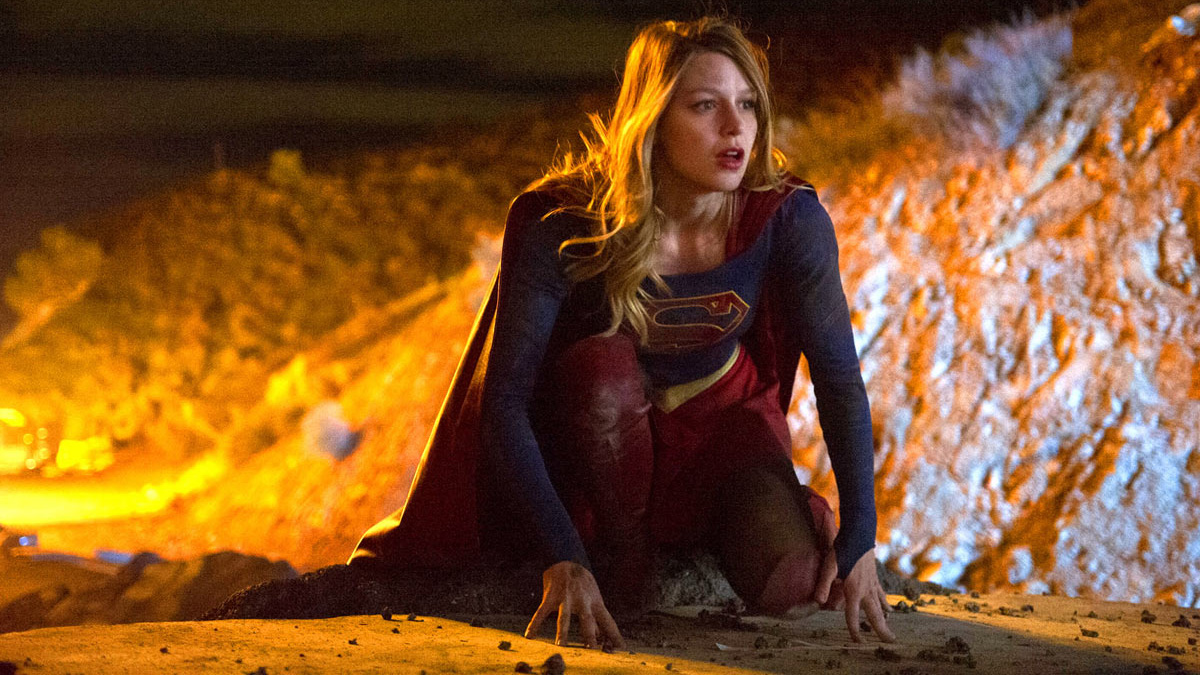 When making the case for TV’s cultural primacy, the small screen’s biggest boosters will point to the immaculate, intricate storytelling of The Wire and Mad Men, the aesthetic risk-taking of Transparent and Louie, and the massive societal footprint of Empire and Game of Thrones. But if you really want proof of television’s dominance, you need to go to the movies.

What will you find there? Superheroes, of course, and other great, great stomping embodiments of multipronged, monetizable IP. But if you peek beneath the capes, you’ll encounter something else: television. In 2015, the myriad franchises that rule the box office are created using language, tools, and tricks all borrowed from TV.

In the waning days of the previous century, movies were stand-alone enterprises. Should a film do well enough to suggest demand for a sequel, the gears of production would slowly grind back to life. There was often very little rhyme or reason to this process: Thanks to egos and incompatible schedules, five long years passed between Ghostbusters movies; there was an interregnum of 16 years between Star Wars trilogies. By contrast, the dependable rhythms and contracts of television appeared like an oasis of sanity. Nowadays, films are commissioned in great, grasping handfuls: Trilogies are green-lit before scripts are even penned. Screenwriters, immortalized for years1 as lonely, misunderstood Don Quixotes, now gather in rooms just like their small-screen brethren, mining action figures for inspiration. And the same film actors who once scoffed at TV’s restrictive seven-year deals are finding themselves locked into multi-film compacts that can devour an entire decade of their career. My former Grantland colleague Mark Harris said it best: The Marvel2 blockbusters aren’t even movies anymore, not in a traditional sense. They’re an annual TV show, one with ratings nearly commensurate to the budget.

It’s easy to point to the new generation of studio heads, many of whom come from marketing rather than creative backgrounds, as little more than greedy cynics when they load their schedules with projects as thin and stackable as Pringles. But the truth is, audiences love predictability nearly as much as shareholders do.3 Yes, TV viewing has skyrocketed in the past decade because of an inarguable rise in quality, but the other, unavoidable reason for this increase is far more prosaic: ease of use. We like to sit on our couches and watch our stories. It has been ever thus. Comfort and dependability are the backbones of the television business — at the end of the day, even Mad Men’s Matthew Weiner just wanted you to have a Coke and a smile.

So it’s no real surprise that the linked-sausage storytelling model that cinema imported from television has now come home to roost in a major way. Franchises are nothing new, of course. NBC lived for years on Dick Wolf’s Law & Order before swapping in a fleet of Chicago procedurals: Fire, P.D., Med, and, soon I’m sure, DMV. And CBS has stayed in first place for a decade thanks in large part to America’s tireless appetite for naval crimes. But over the past two seasons, comic-book shows have debuted on major networks and instantly metastasized into virtual colonies of content. On Netflix, the surprisingly strong (and surprisingly brutal!) Daredevil was just a dark precursor to four more connected series. (The second of which, Jessica Jones, is based on one of the best things Marvel has ever published. It arrives next month.) On ABC, the tepidly received Agents of S.H.I.E.L.D. is somehow responsible for not one but soon two tepid spinoffs. Fox and FX recently announced plans to mine their X-Men catalogue for potential dramas, including a particularly ambitious-sounding one from Fargo majordomo Noah Hawley. And over on the CW, super-producer Greg Berlanti has seeded a steroidal cape farm that, from Arrow and The Flash to the upcoming Legends of Tomorrow, shows no sign of going fallow anytime soon. Berlanti’s business is so good, in fact, that come Monday he’s taking it to the big leagues: At 8:30 p.m., CBS will air his Supergirl, a high-flying, quasi-feminist workplace dramedy in which the heroine can, quite literally, punch through glass ceilings. And also aliens.

All of these shows are varying degrees of decent on their own — in the case of Daredevil and the zippy Flash, they’re quite a bit more than that. But what unites them isn’t masks and villains. It’s a pervasive sense that they are cogs in a bigger machine. Whatever pleasure can be derived from watching them is, in large part, dependent on watching them all. These are projects that excel not with idiosyncrasies of tone or narrative but with connection and overlap. It’s the sort of bizarro storytelling that Marvel has mastered at the multiplex, in which the mortar somehow matters more than the bricks. To misquote Justin Timberlake: A single superhero isn’t cool. You know what is? A billion of them.

And so we reach the part of the column where you would expect me to decry this dogged, interlacing brand-building as corporate avarice run amok, further proof of the golden age of television’s sad descent into plastic ideas. But I can’t do it. The truth is, shared universes are one of storytelling’s greatest joys. I grew up in an era when the cross-network peregrinations of Detective John Munch seemed absolutely thrilling. It blew my mind when the doctors of St. Elsewhere stopped by Cheers for a drink, or when NBC’s fictional Manhattan was big enough to include the casts of Mad About You and Seinfeld. These moments are reminders that even a dependable profit generator like a weekly TV series is also an innately odd creative enterprise. And, though none of these shows featured capes, their crossing-over reminded me of my favorite part about the comic books I was devouring at the same time: the rich intertextuality that allowed for a monster like the Hulk to cross paths with a mutant like Wolverine. What I’m saying is, I’m no grinch. That the tongue-in-cheek seriousness of Arrow will occasionally mix with the emoji-earnestness of The Flash (and, potentially, with Supergirl) makes me as glad as any unreconstructed fanboy. They’re different notes that sound best when played together. 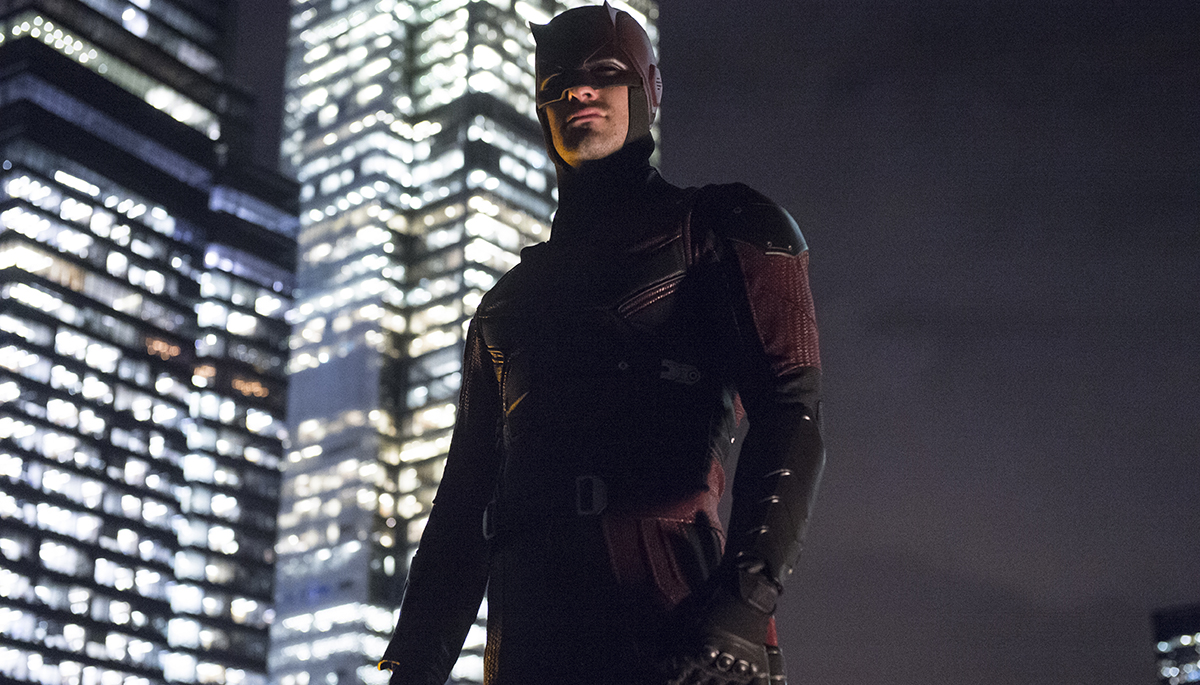 The real concern with this stuff is that all of the clever winking leads to a permanent state of blindness. I was surprised by how much I enjoyed Supergirl. Breezy and big-hearted, it’s easily the best broadcast drama pilot in what has been a dreadful year for them. As the titular Kryptonian, Melissa Benoist is able to plausibly play the character’s bulletproof exterior along with her tender, almost-human heart. The playfulness of casting former Superfolk Dean Cain and Helen Slater as Kara Zor-El’s adoptive parents helps to lighten the heavy canonical lifting on the show’s margins. (David Harewood, late of Homeland, plays a humorless military man lugging around what amounts to heavy binders full of supervillains.) Also neat is the choice of Calista Flockhart to play Kara’s Devil Wears Prada–y boss, a media mogul with a stare hot enough to melt steel beams. That Flockhart, best known for playing an anthropomorphized Cathy sweat-squiggle on Ally McBeal, can strut like this is a feat more impressive than leaping buildings in a … you know the rest.

Yet for as much as I enjoyed Supergirl’s pilot, I can’t say I ended the hour with any desire to see a second.4 I believe a girl can fly — better, I now believe she can carry a series on her blue-clad back. But my curiosity ended there. It’s probably best to read this not as any indictment of the show but rather a reflection of my own priorities. Supergirl, like its cousins Arrow and The Flash, does very specific things and does them well. Like Marvel’s suite of S.H.I.E.L.D. shows on ABC, these Berlantiverse programs create a highly successful feedback loop of content. If you like one, you’ll like them all. And if you don’t particularly care for any of it, well, you’re out of luck. Until, that is, you change the channel.

This freedom is worth remembering. Because while it’s easy to decry the sudden conquest of the broadcast dial by preexisting franchises, it’s a tough argument to sustain when one is also bemoaning the seemingly limitless number of broadcast options. Too Much Superhero Crossover TV is just one of the many side effects of Too Much TV. And while I wish creators like The Daily Show’s Ben Karlin and 24’s Manny Coto and Evan Katz were devoting their talents to projects that didn’t originate in the funny pages, I also don’t begrudge them their efforts, because there are so very many other talented people devoting themselves to a variety of fresher things than superhero fare. It’s this, more than wanton civic destruction, that still separates TV from film. While the latter has given its business almost entirely over to franchises, TV, with its myriad programming possibilities, still has plenty of room for the mom-and-pop shops.

But a note about those: The more I think about it, the more I realize that the programs I adore for their slow, vérité pacing and devastating emotional honesty — shows like FX’s The Americans and SundanceTV’s Rectify — present their own kind of closed circuit to viewers. True, they don’t share characters; the only world-threatening menace to cross between the two is existential loneliness, and, no, that’s not currently available as an action figure. But tone and vibe are signifiers as strong as capes. One person’s allergy is another’s obsession. I could tell you why I don’t want to watch Arrow, but then you’ll tell me why you can’t stomach The Knick. And around and around we go, both watching TV but each seeing very different things.