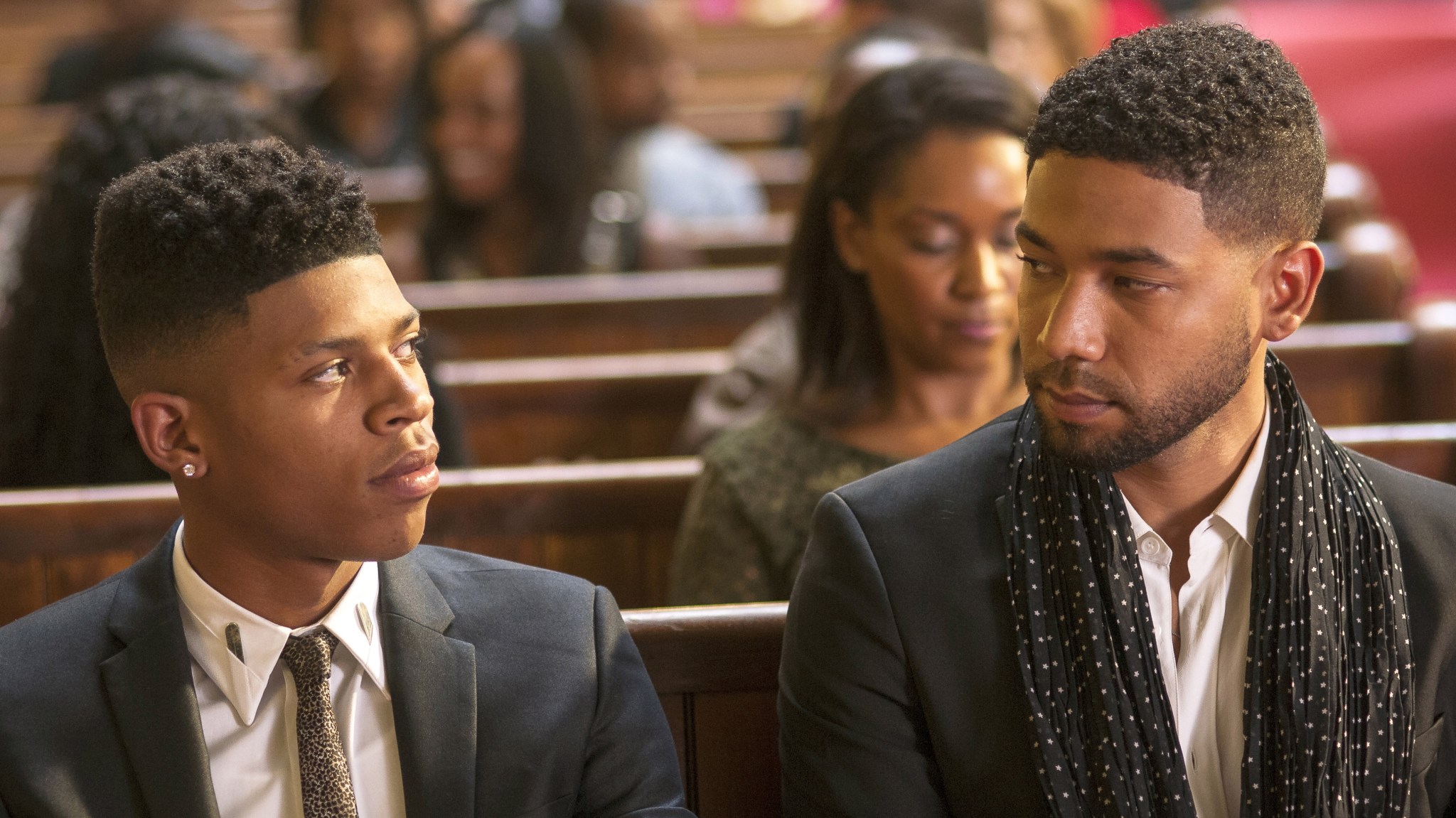 “Be True,” the fifth episode of Season 2 of Empire, ends with the shock of Hakeem (the very famous son of the very famous music mogul) getting snatched out of a park by some mysterious bad guys. If Jaden Smith were jogging through a public space, I feel like he would be very hard to kidnap without him screaming, “Help, I am famous person Jaden Smith. Please avenge me,” before the kidnappers were able to escape. For the record, I do not think that Jaden Smith is anywhere near as compelling as Hakeem Lyon, though I’d be 100 percent in on The Karate Kid starring Hakeem.

After laying hands on our man, the nameless goons put a black bag over his head and toss him in one of those unmarked vans that only terrorist cells and Eastern European arms dealers buy. Yes, my name is Vladimir and I have a question about the 2015 Chevrolet Express Cargo Van. Um, yeah, I’ll hold. But um, how many unconscious rap stars will fit in the trunk? Six? Sorry, I’m going to need a bit more capacity. This is my busy season.

Empire’s writers helpfully introduced this new group of antagonists to extort and terrorize Lyon Dynasty right at the moment when it doesn’t seem like the First Family of Hip-Hop/Duplicity could hate each other more. Lucious and Cookie can’t even agree on who should take Vernon’s ashes. Couldn’t one of them just make an assistant shove the box in a storage unit somewhere? Or even a closet? They could even dump his ashes in Vernon’s favorite place in the whole world: the coat check room at 1 Oak. It’s not like they’re being asked to prop up his corpse in their living room, so maybe they should mellow out a bit.

On the subject of rotting human bodies, Lucious’s legal issues have completely disappeared because prosecutor Roxanne Ford freaked out when she found the dead Malik Yoba in her car. In my valiant attempt to explain the rationale behind the exhuming of Vernon’s body to Grantland’s David Jacoby last week, I came to the conclusion that no actual good should have come from digging him up. Allow me to explain further:

A Corpse Is Evidence

Until last night’s episode, the feds thought Vernon was missing, potentially due to the involvement of Lucious Lyon. They had no evidence that he had been kidnapped. All they knew was that their only witness to the murder of Bunkie had gone missing. Every bit of Lyon–related legal harassment we’ve seen this season has been an act of stalling until Vernon could be located. No Vernon, no trial. So why not run out the clock? Lucious’s master plan is to dig up the state’s best weapon against him and give them the body. Vernon’s corpse could hypothetically be tied back to Andre, Rhonda, and Lucious if the law enforcement agency in question cared at all about doing police work.

Fortunately for Lucious Lyon, the FBI in the Empire–verse is very easily punked, like the police version of Roy Hibbert.

In fact, they were so scared that they deemed Vernon’s death a suicide even though an autopsy probably would have revealed he was hit in the back of the head with a blunt object.1 Let’s once again explore the troubled mind of FBI Director James B. Comey:

[Yung Comey sits in total darkness, his lip quivering and sweat trickling down his brow. He’s sipping on two fingers of Glenlivet and has not slept in days. His wife has left him and taken the kids to Cleveland. He slowly flips through a stack of photos of Vernon’s rapidly decaying meat bag.]

Comey: This is probably Lucious sending a message to us that he murdered our witness, but let’s not piss that guy off anymore. What if he puts a corpse in my car? I ain’t about that life. Deuces. Comey out.

So, the Vernon/Bunkie subplot that dominated the first run of Season 2 episodes ends with a couple of lines of dialogue and a stirring cameo from CNN animatronic newsreading machine Jake Tapper. Sometimes I get Jake Tapper mixed up with Jon Taffer of Bar Rescue, but I don’t think Jake Tapper has ever screamed at a guy about broken toilets and old throw up. At least not on camera.

Elsewhere, Jamal thwarted the sexual advances of his new photographer pal2 but later found his boyfriend, Michael, hooking up with him instead. Michael is the worst character, full stop, on this show, so it was a pleasant surprise to see him get his on the sly like that. It’s also worth noting that the show has made a point to include numerous scenes of Jamal partying and drinking. He’s even fixing himself cocktails during the day in some episodes, so don’t be shocked if we get a touching “Jamal is an alcoholic” subplot at some point after the World Series break ends.

Andre got baptized, which made Lucious angry because he is, in fact, God and God is just a guy who looks suspiciously like Lucious Lyon. In fact, here’s a quick peek at the Lord himself up in Heaven right now:

Andre expressed to everyone, including his father, that he needed their support and attendance at church. They all agreed, save for Lucious, who rather boldly declared that he’s something of an atheist. His parental responsibility gene didn’t kick in until Frank Gathers’s daughter made him see how much kids look up to their fathers. So, Lucious showed up to see his son give of himself to the Lord, but once again, a thing Andre does reminds Lucious of his mother. This time, the baptism resembles the day Lucious’s mom tried to drown him in the bathtub. So, he storms out of the church without explaining himself, leaving the rest of his family to roll their eyes at each other — the one thing that unites all of the Lyons is their basic distrust of their patriarch.

It’s their mother who acts as the conscience of the group. Prior to the baptism, Cookie reassures Andre that they are “good people” and that God knows their hearts, even if they do horrible things in prime time every week. I certainly have affection for these characters and I’m rooting for them, but I had to roll my eyes at that whole speech. If Cookie really thinks they’re good people, then she’s easily the most delusional character in a cast full of them. I’m pretty sure last week the same character she was preaching to was digging up a dead body. They fight, they conspire, and they lie to get what they want. It’s Soap Opera Rule of Operation no. 4: Characters must primarily be self-involved, rich narcissists.

The writing team behind Empire pulls these people apart through their inherent selfishness, but every so often, thrusts them back together when outside forces threaten their dysfunctional relationship. The next episode (which airs after the World Series ends) will give the Lyons a common enemy again now that Hakeem has been taken. I can only hope that Lucious Lyon gets to pull a Liam Neeson and go on a bloody rampage through Brooklyn in order to save his son. Actually, if that doesn’t happen, I will personally mail Lee Daniels a strongly worded letter of disappointment, cancel my membership in the Empire fan club, and dispose of my Cookie Lyon decoder ring. You know Lucious Lyon has a “very particular set of skills.” Let him use them!