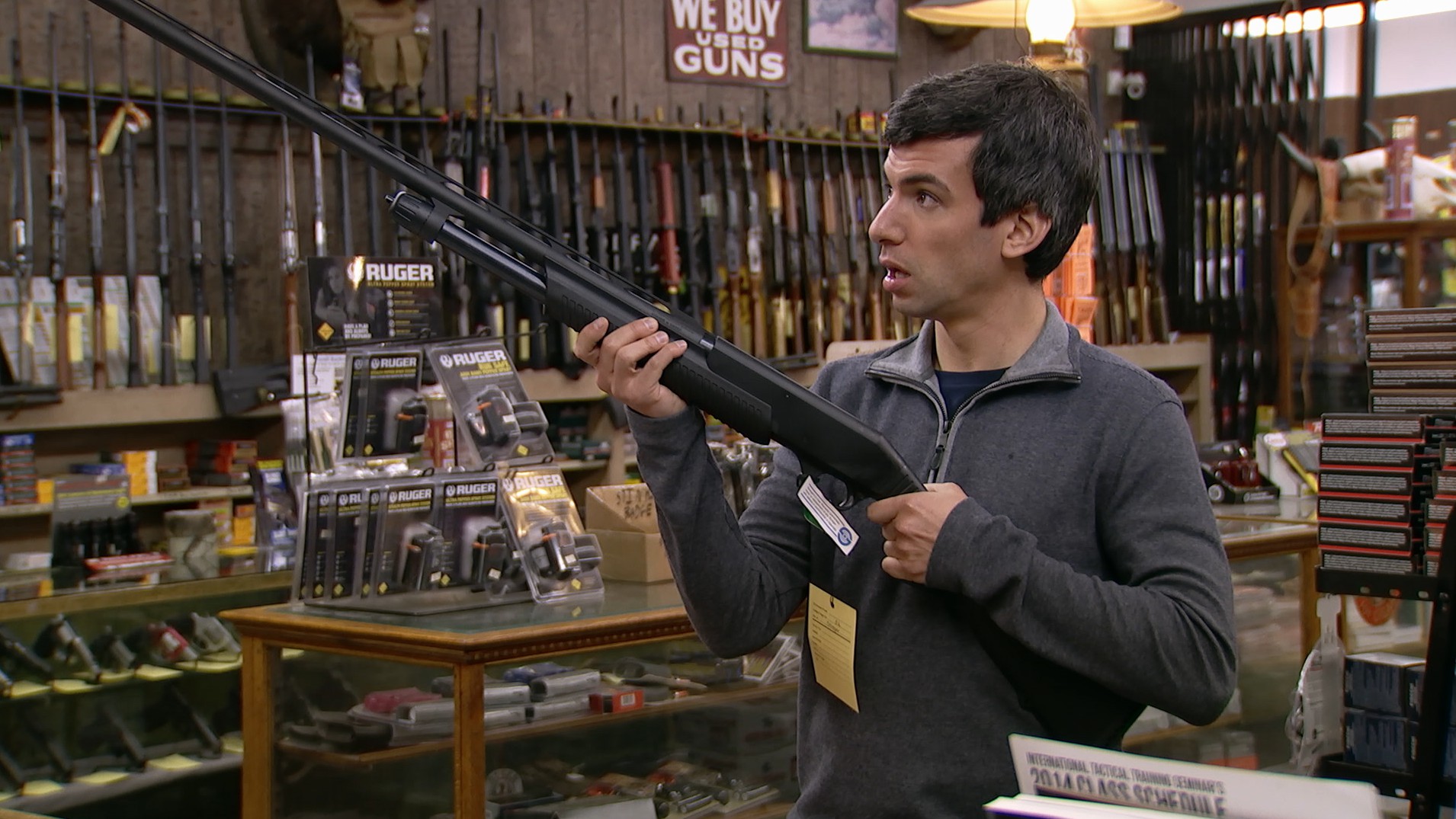 Some of the more successful shows on TV right now find an audience by burning through plots — some, like Empire, eventually enter hypersoap space and practically turn plaid. Most of these take the form of more, layering on subplots, like Orange Is the New Black, or throwing in increasing numbers of characters, like Game of Thrones. But none of them is as dizzying and dense as Nathan for You.

If you’re unfamiliar with the premise of Nathan for You: Comedian Nathan Fielder, playing a painfully earnest, awkward character with minimal social skills and bizarre ideas, goes to businesses and tries to “help” them, in a mix that blurs the boundaries between reality prank show, “better business” fixer-upper, and surreal capitalist comedy of manners. (Yes, those phrases are all massive mouthfuls; so is Nathan.)

To make this easier to parse (and to get a little perspective on how insane this show is), let’s break down everything that happens in “Electronics Store,” the third-season premiere, which has more stuff going on in it than a whole season of The Affair. Nathan starts out with one goal: helping Speers Electronics’s Alan Harikian improve his business, which is suffering as a local shop in a chain-mall town. Here’s how he does it:

Where “Electronics Store” resembles an unbelievably deep rabbit hole of business intrigue and romantic terror, tonight’s episode, “Horseback Riding/Man Zone,” spreads its insanity across several stories. In fact, though it names only two, the episode actually has a third subplot, in which Nathan designs a line of jackets to promote Holocaust awareness after Taiga, the brand he wore until now, paid tribute to a Holocaust denier. Though it’s a bit less entertaining, the division makes sense — by now, Nathan is just too good at getting exactly what he wants for most segments to justify a full episode (one of the three bits is about five minutes long).

Nathan is relentless in trying to accomplish his goal, even — especially — when the client wants him to stop. In the “Hot Dog Stand” episode, he punished a customer who lied about having a doctor appointment in order to cut in line at Pink’s Hot Dogs by kidnapping him and shaming him on camera. (This is good, not only because it is funny, but also because the guy who cut the line is easily the most obnoxious, horrible person to ever appear on the show.) In this respect, he evokes TV’s greatest repressed nerd, Breaking Bad’s Walter White.

The comparison is less ridiculous than it seems, I swear. Like Walter White, Nathan’s actions proceed from assumed benevolence, then take on a single-minded insanity. “Electronics Store” unravels like a Breaking Bad episode, with every ridiculous plot twist stemming from the protagonist’s utter determination. (Imagine Walt trying to seduce a Best Buy employee for corporate espionage purposes — it’s not hard.)

Both lose the capacity to fully see other people — for Walt, because he doesn’t understand or care about them, and assumes what is best for him will also be best for everyone else. Nathan, meanwhile, enforces his off-kilter approach to thinking and assumes everyone will adhere to it (chaining his clients with the power of politeness). In tonight’s episode, Nathan tells a client that allowing overweight people to ride horses will be her only legacy when she dies. She protests, rattling off several accomplishments that sound pretty impressive. Nathan coldly replies: “I don’t think anyone’s going to remember you for that.”

But, of course, Fielder knows he’s playing a character. That’s where the joke is, if you were still looking. In a fascinating interview with Bonney Teti, mother of A.V. Club editor-in-chief John Teti, Fielder pushes back against the idea that the show is inherently cruel — he views his clients (or subjects, really) as “very sweet and endearing” people whom he enjoys watching (this is adorable, but, yes, it should scan as a little creepy), and pushes to be closer to their true selves by, essentially, emerging from a deep, dark valley of awkwardness.

The conversation is surprisingly intimate and unguarded for Fielder (he admits he recently got a divorce, a rare piece of widely accessible personal information), and gives him an opportunity to expose the roots of his character — his youthful difficulty communicating with other people and otherwise functioning in social situations. Where Breaking Bad proceeds from the assumption that you can ignore social conventions if you are a genius (or think yourself one), the Nathan character is smart enough to cling to them.

“Sometimes it’s not about, you know, only making money. It’s about doing what’s right,” Nathan tells the owner of the stable. “Imagine if you were the only one that could provide horsey rides to the morbidly obese.” It’s ridiculous, but … he’s not wrong.