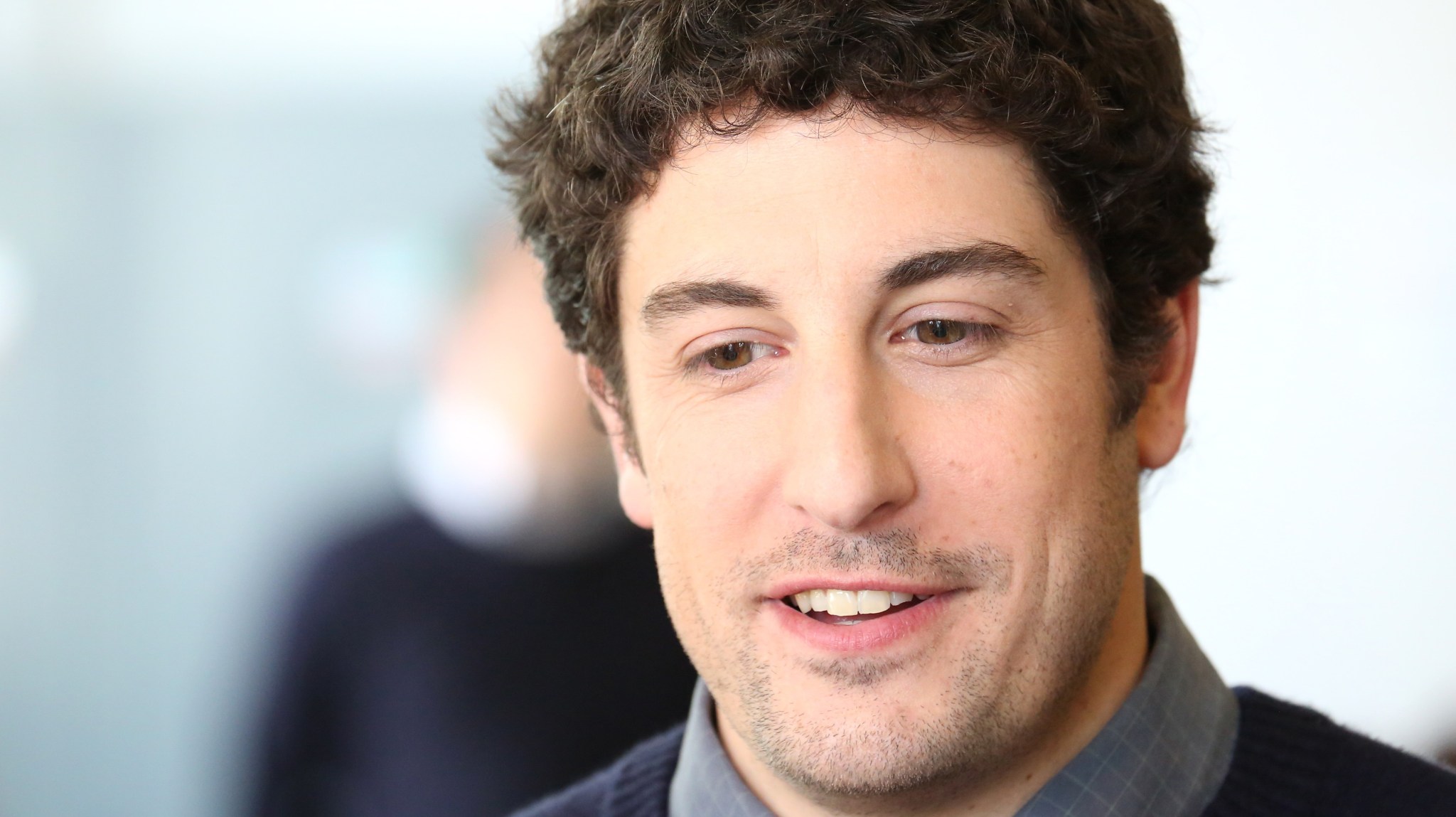 Is there a more despised character on a prestige television show than Larry Bloom? Is there one who more perfectly embodies the particularly squeamish guilt combined with eventual cowardly selfishness that defines the modern liberal-in-name-only man? His only competition in this regard might be Pete Campbell, who is at least socially forward-thinking (in the sense that he is more conscious of the realities of race than most Mad Men characters are) and, eventually, in a possibly stable (if purchased) marriage. If the constant stream of online vitriol directed at him is any indication, the answer to those questions is this: Larry stands alone. Still, when Netflix announced that Larry would not be appearing on the third season of Orange Is the New Black — which debuts Friday — I felt a deep pang of sadness and loss. Because I love Larry.

There are, of course, many good reasons for people to hate Larry Bloom — things that would make him pretty intolerable if he were a real person. He goes on public radio to air Piper’s accounts of her fellow inmates, presenting a highly selective version of events and landing his fiancée in extremely hot water. He kind of, sort of, mostly breaks up the marriage of his and Piper’s friend Polly. He commits the cardinal Modern Love sin of watching Mad Men after promising Piper he wouldn’t. Also, Jason Biggs is often terrible and obnoxious on Twitter. So, yeah, I get why people describe Larry as a “walking, talking, misery-causing fiery bag of poop.” But that ignores that Larry is a great, important character on the show. He might be the ordained representative of the formless, unambitious, generally “liberal” white dude, but that’s what made him essential.

Partly, this is true from a simple structural standpoint. Larry is necessary for the show. The great trick of Orange Is the New Black is to start from Piper’s perspective, which the real Larry Smith (still happily married to Piper Kerman) describes as a “Trojan horse” intended to reflect the viewing audience and give them “a peek into the diverse and complex world of women in prison: who they are, what happens when they get there, and what kind of world they’re dropped back into when they are released.” Accordingly, Piper initially sees her fellow inmates as caricatures of people who would be in prison, but as the first season progresses, we start to realize the ways in which they are complicated and human and deserving of our empathy (because everyone is — in the show’s world, and in our own).

The show’s commitment to simply looking at the lives of its characters without judging or fetishizing them deepens in the second season, to the point where even Healy, the sexually frustrated, misogynistic villain, gets notes of humanity as we are invited to understand and pity his attempts to win over his Russian mail-order bride and work through his problems in therapy. Fig, the executive assistant to the warden — responsible for much of the institutional dysfunction making the lives of Litchfield’s inmates worse — is more interested in long-term prison reform once her gay husband wins a state Senate seat. Guards O’Neill and Bell have one of the sweeter, more understated relationships on the show, even as they are positioned as occasionally brutal authority figures. Yet Larry retains our hatred. Why?

I’m not just asking a rhetorical question. Nebbishy, well-meaning but annoying, neurotic Jewish guys (or anyone who lives in a major city) are a well-worn comic archetype, one that seems to be pretty popular.1 People still critically slobber over Louie. We love Curb Your Enthusiasm. The gay WASP equivalent anchored one of the best shows of the last couple of years.2 Nerd caricatures anchor one of the most popular (and lucrative) shows on the air. But there does appear to have been a substantial backlash against these types of characters, particularly in a renewed examination of their romantic pursuits (e.g., the critical reevaluation of Ross on Friends, the seemingly immediate Ted hangover once How I Met Your Mother ended).

Framed another way, Orange Is the New Black is interested in experiences that have, for the most part, not been depicted on television before. And even Larry’s most ardent defenders would have to admit that his general life experience is old hat. Putting him next to Poussey or Sophia or Rosa in even the most oblique fashion makes his problems, appropriately, feel tiny by comparison and provides a more immediate look at how a real person might see the actions of a Larry David or a Ross Geller or, heaven forbid, a Ted Mosby. This makes sense, but it’s also one of the reasons Larry is necessary — those characters were ubiquitous because they, at least in part, reflected a large portion of the people who were presumed to be watching television. Most of Litchfield’s inmates are a depiction of the lives of those viewers who have never encountered themselves on TV before, and Larry is a rejoinder to those viewers who can’t avoid seeing themselves everywhere they go.

By the time the second season begins, Piper has ceased, in any meaningful sense, to be an audience surrogate. Admittedly, we might need one less, since we’ve spent a sizable amount of time within the show’s world, but pushing back slightly against the claustrophobia created by the prison walls is part of Orange Is the New Black’s project. No matter who the viewer is, they should find themselves somewhere in the show. And as much as most of the audience would like to identify with Poussey or Alex or Red, it’s far more likely that we — people watching critically acclaimed shows on Netflix and discussing them on the Internet — are much closer to Larry Bloom. So, as the ostensible protagonist moves further away from the audience, Larry’s doofiness becomes the closest thing the show has to a mirror to hold up to the audience. We are not meant to like what we see.

As much as Larry does terrible things, his function on the show, as with most characters played by Biggs, is to be drained for laughs at his expense. His father sets him up with a woman who is explicitly looking for an aimless, shapeless man. He tries to pass himself off as a serious journalist after mining his fiancée’s life for content like any other shameless writer on the Internet. The best parts of his plots are often his comically overprotective, suffocatingly supportive, and painfully accurate Jewish parents. (Sorry, mom.) When he’s self-deprecating (which is often), it’s part of the way he uses humor as a defense mechanism — he might be a “dead hunk of crap rock,” but at least those are his words. He’s an unaware mess, but he’s usually a decently funny one, especially when he’s trying and failing to assert himself (which is most of the time).

In this scene, Larry is a victim of the show’s generally successful attempt to blend goofy comedy with real pathos. Larry, who by all rights should be an even more marginal, comic presence than he already is, is treated with the same dramatic weight as the characters who are in prison. After two seasons, it’s easy to forget how annoying Piper is in the pilot, or how much time the show spent on her dumb artisanal bath product business with Polly, the glamping wonder who almost certainly deserves Larry as much as he deserves her. Pretty much every character who isn’t in prison or related to the prison-industrial complex in some way is treated with the same level of distance — Larry just has the misfortune of being the one to spend the most time in the spotlight. And, frankly, of being an exaggerated version of the real Larry, whose story paints him as kind of an asshole (a lot of his autobiography recounts how he got to traipse around the country smoking weed and mooching off other people’s parents, trying to aggressively claim his bona fides as a Larry David–level supporter of lesbians.)

Accordingly, Larry’s biggest crime is also his biggest redeeming factor. When he tries to actually do journalism, he winds up self-aggrandizing and airing Piper’s dirty laundry — but he’s also trying. His article and ensuing radio interview might be gross misrepresentations of the characters, but his understanding isn’t based on actually knowing them, the way that we do. Instead, it’s based on his interactions with Piper, who is really the one transmitting the information. As much as Larry’s article calls attention to the type of rhetorical violence that is always done to people who become the subject of peering eyes, what he’s actually trying to document is still worthy of inquiry. Because Larry is suffering, too.

Yes, Larry — he of the broken Mad Men bingeing promises — is suffering. His fiancée, the woman he loves, is in prison! Is the title of his article, “One Sentence, Two Prisoners,” hyperbolic? Sure. But that doesn’t mean Piper’s incarceration isn’t also a problem in his life. Larry doesn’t get to watch Orange Is the New Black. We know what Piper is going through — sort of — but Larry does not, can not. Like the rest of us when we’re living our own lives and not staring at the Netflix “next episode” wheel, he’s stuck inside his head and has to make choices based on that. Given those constraints, Larry doesn’t seem like quite as much of a horrible guy.

Maybe my love of Larry is just deeply personal. In a lot of respects, he’s my Ghost of Christmas Future: a lazy, Jewish writer who uses the serious subject of his work as a mask for self-aggrandizement and a way of avoiding confrontation with the knowledge that he is a worthless human being. Larry has never added any value to the world, and he knows it, which is why his efforts to produce a legitimate piece of reporting are sad in addition to frustrating. He’s a child just learning about the outside world. And that’s something that’s easy to understand, for me and for other cast members on Orange Is the New Black. Like Netflix’s other great narcissistic faux-creative, I have to believe that, even with a dragging weight of hatred on your shoulders, it’s not too late to try to be a good person. I have to believe that it’s not too late for Larry Bloom, so that it’s not too late for me.

An 'Insidious' World: Why James Wan and Leigh Whannell Are Masters of the Horror Film Funhouse