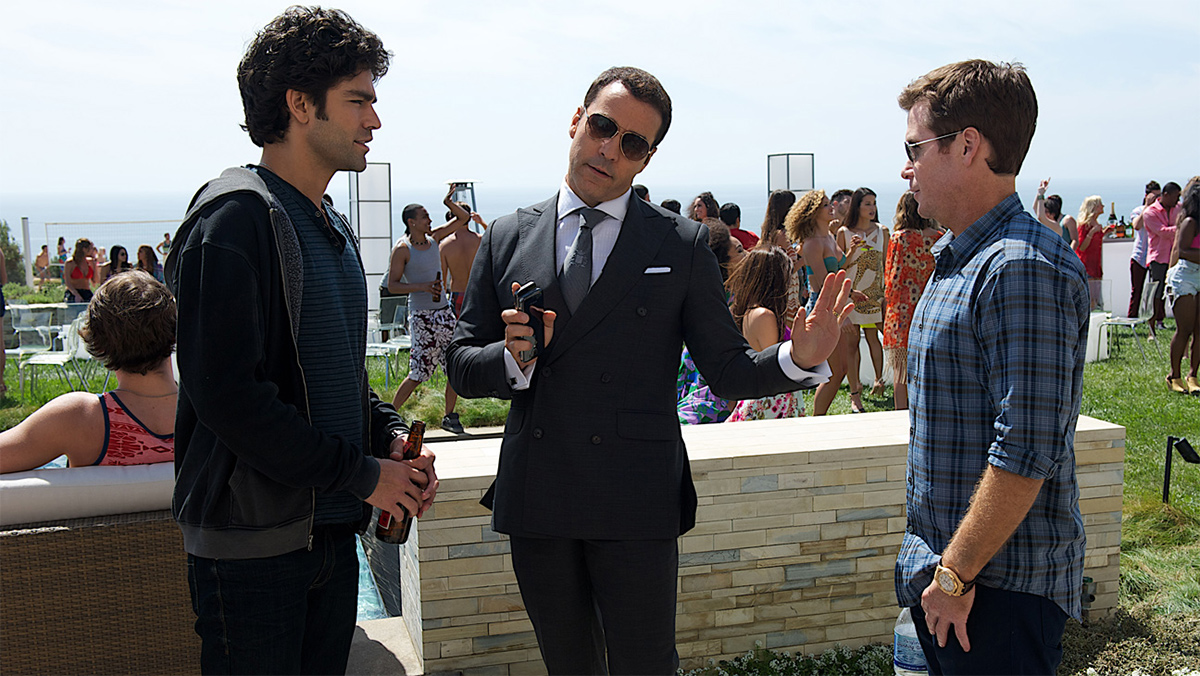 This week, Alex and Wesley are joined by Grantland’s Mark Lisanti to talk about Entourage, the HBO show that’s become a movie that only the most serious fans of the show could need to see. He sticks around to talk about Results, Andrew Bujalski’s fantastic comedy about two fitness professionals and one of their clients.

Mark makes an exit, leaving Wesley and Alex on their own to talk about Love & Mercy, which has Paul Dano and John Cusack sharing duties, across time, playing Brian Wilson. Dano’s half of the movie, in which Pet Sounds is conceived and recorded, works. Cusack’s half, focused on an  older, overmedicated, psychologically abused Wilson? Not so much.

Next week we’ll be talking about this month’s book club book, Paul Beatty’s novel The Sellout. We promise.

“Killing It: ‘Spy’ and Sharing Comedic Wealth; Plus, the Masturbatory ‘Entourage,’” Grantland, June 5, 2015

“Should You See It? A Curious Consumer’s Decision-Making Guide to the ‘Entourage’ Movie,” Grantland, June 3, 2015

“You’re Going to Have ‘Entourage’ Around to Hate Watch Just a Little Bit Longer,” Grantland, January 30, 2015

“Unintended ‘Results’: What One of the Best Movies of the Year Has in Common With One of the Worst,” Grantland, June 3, 2015

Jason Derulo, ‘Want to Want Me,’ and the Rise of ‘iTunescore’ Music