Unintended ‘Results’: What One of the Best Movies of the Year Has in Common With One of the Worst 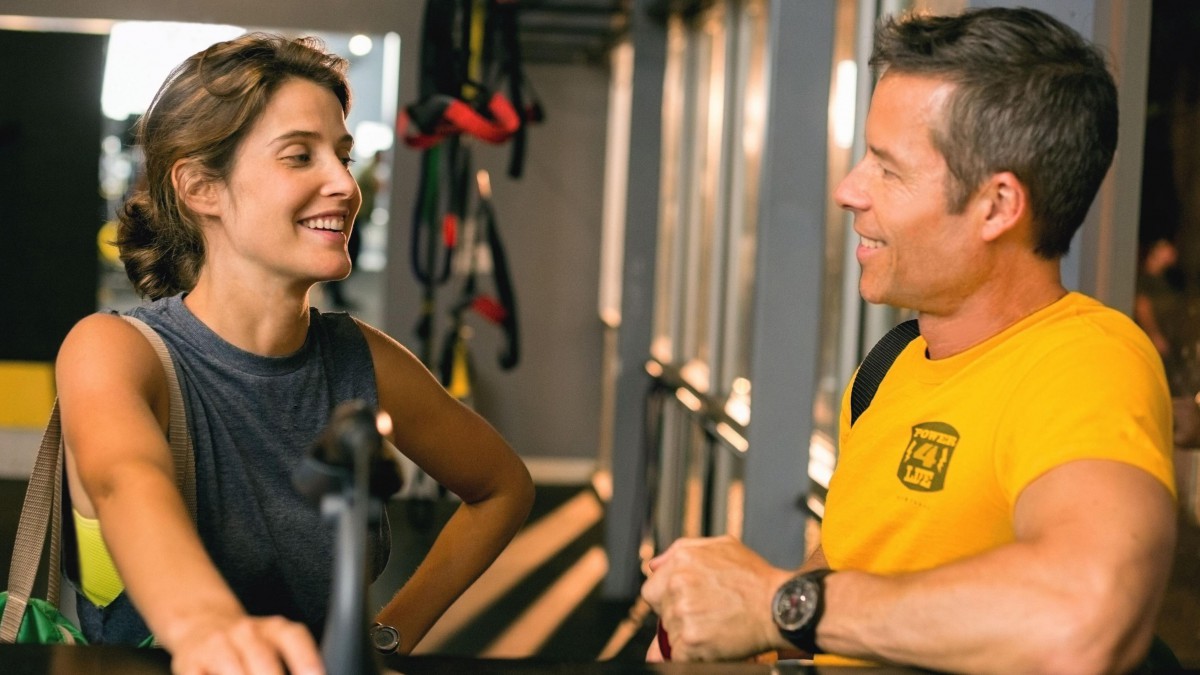 Cameron Crowe doesn’t have a monopoly on the be-your-best-self project. He’s a stated admirer of the heart-first cynic Billy Wilder and was raised, in part, on James L. Brooks, practitioner of pragmatic romanticism. But in American movies, Crowe would appear to be the last of a hobbled breed of filmmaker. Wilder died 13 years ago; Brooks is 75 and, of late, has struggled as much as Crowe in matters of narrative structure and character development. The crisis of faith regarding Crowe in the wake of Aloha (should we give up on him? Was he ever good to begin with?) sounds like a flock contemplating a change, if not in denomination then certainly in house of worship.

But there are other versions of the spirit of that project — idealism and its compromises — still out there. Despite the artisanal overachievement, the human nature of a Wes Anderson production hails from the Wilder-Brooks school. In producing Anderson’s 1996 debut, Bottle Rocket, Brooks and the late Polly Platt were two of Anderson’s early creative benefactors. I also caught that spirit earlier this year in Danny Collins, with Al Pacino as a sleazy, permanently beloved pop star who makes a late embrace of father- and grandfatherhood. It was cheesy. But the cheese had been sandwiched and cooked. You have had grilled cheese, no?

Even better is Andrew Bujalski’s Results. It’s the year’s best American pure comedy — pure because it’s neither satirical nor farcical, and because there’s been no attempt to affix a can’t-miss genre like “spy thriller,” “action film,” or “disaster movie starring Dwayne Johnson.” By that standard, it’s small, risking more by going for less. The film is set in and around a start-up gym located in one of the denatured pockets of Austin, Texas, which, here, seems colonized by lonely foreigners. The gym’s owner, Trevor (Guy Pearce), is a personal trainer from Australia. One of the gym’s new clients is Danny (Kevin Corrigan), a dour, crass New York divorcé who came into a lot of money and used it to buy a McMansion that he’s barely furnished. He’s looking to improve his fitness in order to, in his words, “take a punch.” Reluctantly, Trevor sends Kat (Cobie Smulders), his best trainer, to Danny’s place for house calls. She’s testy, rigid, and demanding (possibly from Dallas, too).

What goes on among these three doesn’t fulfill certain wide expectations of plot. Trevor longs for fitness nirvana and to open a larger, chicer flagship location. Danny hits on Kat, who reacts badly, inspiring Trevor to confront Danny in a botched act of gratuitous chivalry. Meanwhile, Kat isn’t sure she’s happy with any of her recent decisions, which include a shaky sexual relationship with Trevor, who can hug his St. Bernard but seems terrified by the meaning of his attraction to Kat. There are small, well-acted parts for Giovanni Ribisi as a stoned property lawyer; Tishuan Scott as a confident, omnisexual trainer at Trevor’s gym; Constance Zimmer as a real estate agent; Anthony Michael Hall as a Russian fitness titan; Brooklyn Decker as his wife; and Elizabeth Berridge, who has one terrific scene as Danny’s ex-wife (she’s married to Corrigan in real life). But the movie’s soul resides with the three main characters. Each of them is closed off from new emotions, closed off from him or herself. A movie like this feels like a dream challenge for an actor. It lives and dies not sheerly by the writing and the direction of the script, but by the cast’s organic adherence to both. You’re watching acting in which personality seems to determine a character’s fate.

Bujalski says he wrote Results with Pearce, Smulders, and Corrigan in mind. There’s a kind of tailor-made quality to the characters, which comes through in the actors’ ease with them. The parts themselves don’t seem like a stretch, which allows the actors to stretch themselves in playing them. There’s no higher concept here, so Pearce, for instance, is allowed to sit around holding a glass, or stare at the screen of a laptop, or, when Kat tells Trevor something he can’t bear to hear, grip a pull-up bar and slowly flip himself around, like a chicken on a spit. Smulders has a part that would seem difficult to give much depth or feeling, and Corrigan has a role that on the page seems weird. But all three actors do beautiful, instinctive, behavioral work. Pearce has been doing sideways character work for three decades (he looks like The Movie Star’s punk brother), but never had a role that’s let him be this good without also requiring him to risk working himself to death. Maybe it helps that he’s playing someone who seems quietly nervous in his own skin.

Bujalski fosters an air of complex human buoyancy. Kat is never purely a hard-ass and hard-face, but she also isn’t secretly a softy. Her intensity isn’t a put-on. She’s simply vulnerable in inscrutable, personal ways. And Danny’s uncouthness and insensitivity probably cost him his marriage, but there’s enough that’s feeling and true about Corrigan’s work that indicates why a woman would have married him in the first place. Corrigan resides in several special movie universes. He was the younger brother of Henry Hill (Ray Liotta) in Goodfellas. He was the video store clerk reluctantly dumped by Catherine Keener for being ugly in Walking and Talking. In dozens of 1990s independent movies, Corrigan was the weirdo on standby, the guy too quirky to be Eric Stoltz or James LeGros, so he played the pal of guys like that. Bujalski’s previous films (including 2002’s Funny Ha Ha and the 2013 mini magnum opus Computer Chess) are even more marginal than Corrigan’s. Bujalski could relate to the actor’s plight.

Bujalski has seemed to be searching for a way to expand observational comedies on a larger canvas. He’s credited with helping start the so-called mumblecore wave — young people talking but not really saying anything. You could always feel him chafing against the mumblecore characterization. He was making movies, not a movement. The brothers Jay and Mark Duplass were a part of that wave, and they, too, have made an effort to outgrow it while not exactly forsaking its artistic and thematic limitations. Joe Swanberg, on the other hand, has been slower to slip out of this kind of filmmaking. He’s prolific within its self-imposed imaginative constraints. And that embrace is, at least, making for more watchable films. There are charm and warmth, if not artistic purpose, in this last batch of movies, which includes Happy Christmas and Drinking Buddies. For one thing, he’s working with professional actors, who can impose some personality on the humdrum settings and no-stakes stories.

But Bujalksi’s films were always the most naturally resonant and most ingeniously microscopic of the mumblecore group. He could make the pauses and stuttering and boredom amount to something. His first two movies were the ones mistaken for generational statements and compared to John Cassavetes. In his late thirties, he’s now asking what more he can do with inchoate emotion. That ambition compounds the poignancy of titles like Results, which speaks as much to artistic fitness as it does to improving physiques. Seeing this movie at the Sundance Film Festival in January was one of the happiest moviegoing afternoons I’ve had in a year. It’s very funny. The relationships constitute sneak-attack romance. And the adults are feeling their way toward completion (a complete thought, a complete emotion, a complete plan) but always brightly, always upward.

This is a rare American movie that’s as concerned with work as Brooks’s Broadcast News. For some people, their jobs are extensions of their personalities. Whatever happens with Aloha, one hopes that the lesson taken from its badness is not to make even fewer character-driven comedies, but to craft movies apart from the slaughterhouses of originality. If Hollywood wants a Bujalski working there (although he appears to be fine where he is, in Austin), he should have more to do than chase Oscars or the box office. He — or directors like him — should be permitted to cultivate a personality as a storyteller. When we don’t have these filmmakers, the movie skyline looks Trump-like. Some of us want to see a row house.

Of course, Bujalski’s ardent supporters see the lightness in a movie like Results and these famous actors and cry “sellout,” as if, even in Bujalski’s ambivalent hands, the old model of moping were sustainable. There’s selling out, which loads of other young independent filmmakers actually have done. Then there’s what Bujalski appears to be doing: growing up.

This column has been updated to correct an error regarding Kevin Corrigan’s role in Goodfellas.

Should You See It? A Curious Consumer’s Decision-Making Guide to the ‘Entourage’ Movie

‘Do You Like Prince Movies?’ Podcast: 'San Andreas’ and 'Aloha’