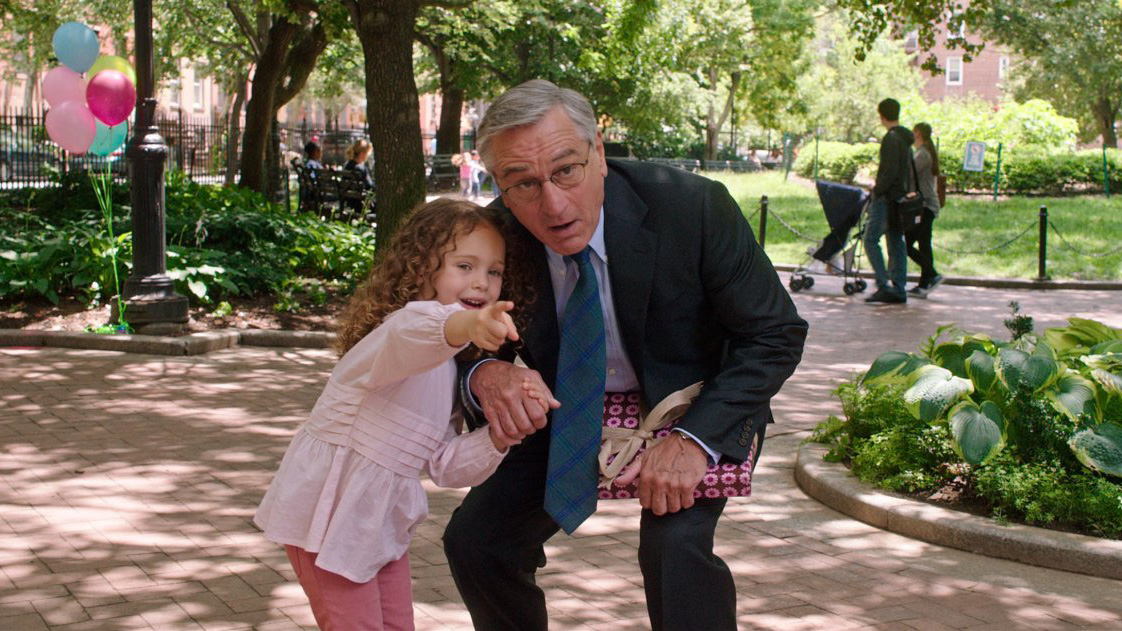 It’s probable that in my unbridled disdain for the films of Nancy Meyers — including What Women Want, Something’s Gotta Give, and It’s Complicated — I might have overlooked something. Meyers is a very good director of men: Mel Gibson, Jack Nicholson, and Alec Baldwin, respectively, in those films. Baldwin has probably never been better in a movie than he is there. Charming his way past Meryl Streep as her slimy ex-husband, he’s like a caveman going as Cary Grant for Halloween. Meyers’s skill in this department is important for two reasons. First, the man’s part in these movies — romantic comedies, nominal and otherwise — began mattering less and less in the 2000s. You can put Matthew McConaughey opposite Jennifer Lopez, or Gerard Butler with Hilary Swank, Katherine Heigl, or Jennifer Aniston. You never feel as if the male lead has a stake in the outcome. He’s just there. That, of course, leads to the second thing, which also happens to be the reason for the unbridled disdain: Men take over what are supposed to be women’s movies. And I don’t mean that Nicholson upstages Diane Keaton in Something’s Gotta Give (he’s really good; she’s better). I mean that Meyers always seems to think men are the solution to women’s problems. She gives them prime placement because, for the women in these movies, they’re prime.

Her new movie, The Intern, is another one of these, but it’s also one of her most tolerable movies. She has altered the formula, for one thing. It’s a love story between the owner (Anne Hathaway) of a Brooklyn-based online shopping site and the 70-year-old widowed retiree (Robert De Niro) she has reluctantly let into her life — but it’s a platonic one. And, emotionally, you’re with him. Jules Ostin, the woman Hathaway plays with zero static cling, has a business problem (her investors think the company needs a CEO) that’s giving her a marriage problem (she’s there but not present), which gives her a Nancy Meyers problem (it’s all her fault). To the rescue comes De Niro’s Ben Whittaker. Ben used to be an executive in the phone book industry and comes to work in handsomely tailored suits. To the twentysomething kids — played by Adam DeVine, Zack Pearlman, Peter Vack, and Christina Scherer — bopping around the office, he’s like a stegosaurus or someone from Sterling Cooper. Eww, the phone book. But his gravitas turns their pity into respect. By the end of two scenes, he practically owns the company’s converted factory loft with sheer confidence. He asks out the receptive office masseuse (Rene Russo), but most of his energy goes into soothing Jules. First, he cleans up a mess of clothes that had been driving her crazy. Then, he tells her alcoholic driver to take a hike. He does child care for her cavity-inducing daughter and gradually begins streamlining the way things are done around the office, boosting efficiency and Jules’s confidence. You built this company all by yourself, he basically tells her. Why let some stranger take control?

There’s not much here story-wise. But when Meyers wants to write an involving scene with characters thinking and feeling the way humans think and feel, you want to applaud. There are four of these here, and they all involve Ben. In the best one, Meyers concocts a minor reveal about his former executive work life that moved me. Everything De Niro does here is perfect — even when, in the movie’s dumbest scene, he commandeers a home break-in with the younger employees for Jules-related reasons that are so Nancy Meyers. In this later stage of his career, he’s been asked to lean on that “Who farted?” face that he makes. (To watch him is to assume those Fockers movies practically constitute a Dutch oven.) Meyers is the first director in years to send some perfume his way. The creases and lines on his face practically dance. De Niro has rarely been an actor you keep a camera on for a quiet, comedic reaction shot, but she never cuts away from him, and he never disappoints, rolling and darting his eyes, turning his mouth down and up. These typically are called frowns and smiles, but with De Niro, you’re in stranger expressive territory. The weather on his face can be impervious to meteorology. But Meyers gets a lot out of that sourpuss.

He was almost as wonderful in that 2009 remake of Italy’s Everybody’s Fine, but the movie itself was cheap and gimmicky and thought that holiday sweaters would be funny on him. What’s funny about him here is also what’s touching about the part: the pride he takes in this job. There’s a sight gag, for instance, in which the camera holds a close-up of the two alarm clocks Ben sets every night as they ring, then pulls out to show him turn them off fully dressed. Meyers appears to adore De Niro the way she does Gibson, Nicholson, and Baldwin. He makes less appalling her preoccupation with what’s wrong with women at work. With a lot of the movies she’s written (Private Benjamin, Baby Boom) or writes and directs, she’s thinking about the cost of having a career. The problem with Meyers is that you can usually see the price tags. It would have been nice to hear the women at Jules’s company talk about their lives. Celia Weston plays another intern, but, like every woman here who isn’t Jules, the character turns out to be a dingbat.

This time, the stress seems to stem from Jules’s relative youth. Maybe she’s gotten too much too soon. Jules could be Hathaway’s magazine assistant from The Devil Wears Prada, but with no overbearing mentor to call. Even Jules’s scientist mother (the judgmentally indifferent Mary Kay Place) calls with insults disguised as professional advice. Meanwhile, Linda Lavin is on hand, as someone Ben once dated, to be aggressive and bitter toward him. She’s funny — and this type of nice-then-nasty woman exists. But under these circumstances, the ways Meyers drops the house on her feels cruel.

Perhaps sensing that she has stacked the deck against another successful female, Meyers spends a lot of time having women point out how there are no more real men, either. It’s a complaint that Meyers puts a lot of old-fashioned weight behind, the way her former compatriot in gender codes, Nora Ephron, used to. Meyers has picked up on the shifting gender norms, and her reaction isn’t completely alarmist. They’ve aroused her curiosity more than her condescension. Ben is a man — the only man. But during an important business trip to San Francisco, he and Jules sit on a bed in her hotel room, in robes, with tea, as she has a meltdown about her future. What if she gets a divorce from her stay-at-home husband (Anders Holm)? What if she never remarries? What if she dies alone? Ben sensibly, sensitively, but sternly removes her head from the oven. She falls asleep. He cries watching Singin’ in the Rain. A different movie would have him as Harry to her Sally. Meyers is all too happy to take them in a different direction: to Girls.

This column originally identified the movie to which De Niro’s character cries as An American in Paris; it was Singin’ in the Rain. We regret the error.

We Are Living in a Robot Moment — Rejoice, Cower, and Copulate?