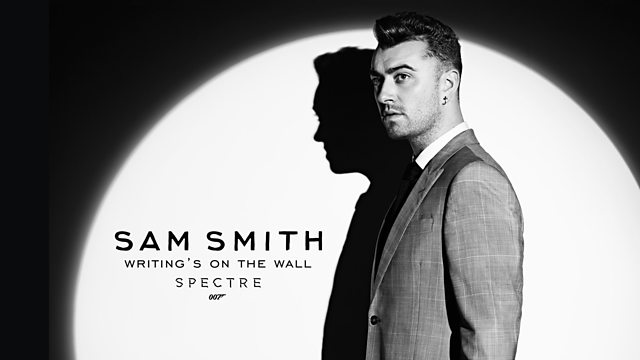 Sam Smith’s “Writing’s on the Wall” — the theme to the next James Bond film, Spectre — finally hit the Internet today, and opinions are mixed. The Guardian referred to it as sounding like an X Factor song, which is the worst thing you can say about music in England short of claiming the song in question was so awful that it gave you all of the venereal diseases at once. If you think I’m being outlandish, I’m not. Have you heard Jedward before? The U.K.’s X Factor is bad. Anyway, before I weigh in with my own take on this important cultural moment, it’s worth it to settle on what makes a great James Bond theme.

A James Bond movie needs a lot of disparate elements to work: a clever script, well-executed stunts, exotic locations, a love interest that has chemistry with our boy 007, a memorable villain, and at least one truly Hall of Fame–worthy quip from Bond.1 A James Bond theme, though, only needs three qualities in order to hit: a lot of horns, a few strings, and a person who can sing.

Now, I don’t want to simplify this too much. For instance, Jack White and Alicia Keys’s risible Bond theme, “Another Way to Die,” contains some staccato horn blasts and a few lazy string arrangements, so it should be good, right? Wrong. Wrong. Wrong. How could you be so wrong? That song stinks because those crucial elements were grafted onto a bad Jack White song rather than functioning as the backbone of the track. Also, minus points for Alicia Keys screaming like she put her tongue on a car battery for the entire song.

Those strings and horns are essential elements of the Bond sound, and without them, casual listeners and obsessive fans can’t associate the track to the rich history of the franchise. Bond themes without horns and strings are like Terminator movies starring Christian Bale and the dude from Avatar. The last Bond theme, “Skyfall” by Adele, used the classic Bond musical tropes to perfection. The song rightly won an Academy Award for Best Original Song and has taken its place among the top-five Bond themes.2 “Skyfall” is a classic Bond theme because it is unashamed to be a Bond theme. With the exceptions of “Nobody Does It Better” and “Live and Let Die,” can you name one Bond theme that eschews the formula completely and doesn’t totally reek? “Moonraker”? Bad. “All Time High”? Horrific. “The Man With the Golden Gun”? Not technically music. “Die Another Day”? A giant needle through my eyeball.

That brings us back to Smith, the mopey balladeer given the keys to the Aston Martin for Spectre. The song wisely avoids using the word “Spectre” in the lyrics or title. He could have done some wacky ghost punnery,3 but Smith and his producers’ (Jimmy Napes, with a helping hand from Disclosure) wisest choice was to instead lean heavily on the aforementioned Bond sound. So, without blinking, I can say it’s definitely better than “For Your Eyes Only.” Let’s go through this thing piece by piece and figure out if it’s going to crack the top five.

0:01 The song literally starts with strings and horns, confidently announcing “Yes, this is a goddamn James Bond theme!” in a way that recalls the ballsy openings to “Goldfinger” and “Thunderball.” I’m in!

0:21 Smith’s voice sounds like a guy crying over the phone about a breakup. I guess that’s what he’s going for.

0:36 “I’ve spent a lifetime runnin’. And I always get away.” Listen to how he says “liiiiiffffetime.” He drags it out like he’s Bob Fosse’ing all over the song. “Jaaaaaaaaazz!”

0:57 “I never shoot to miss.” I sincerely hope not. Though, don’t you love when Bond is clearly outnumbered, points his gun at the coterie of henchmen, hired guns, and mercenaries that surround him, then, at the last second, turns and shoots a conveniently placed gas tank that explodes in a giant ball of flame, allowing our man to escape unharmed? Yeah, me too. That’s technically “shooting to miss,” so minus points to Smith.

1:14 I think this is the part of the song that is bothering the section of the Internet that hates it. This bridge is actually pretty lame. Is this a Bond theme or the Act 2 closer from Rent? Why did this get so cheesy all of a sudden? I can honestly see Smith bellowing out “IF I RIIIIISSSSK IT ALLLLLLLL!” in Double Oh! Seven: The Musical on Broadway and I don’t like it.

1:42 The falsetto doesn’t bother me as much as the cornball high school musical stuff. It was inevitable, considering the artist they picked to sing this song. The kids will love it, though.

2:14 “A million shards of glass that haunt me from my past.” I am trying not to read into these lyrics to figure out plot details, but they’re not making it easy for me. The film’s logo also uses an image of broken glass, so I have to assume glass plays a major role in this film? Perhaps the REAL villain of Spectre is … my god, is that Mr. Glass’s music????

OK, seriously, since we haven’t seen Christoph Waltz’s face much in the ads, I have to assume he’s been disfigured by … you guessed it, broken glass.

3:40 This song is kind of repetitive. We’re back to the chorus again, though I guess it’s almost over, so why not?

4:30 And it just kinda peters out. At the end of “Skyfall,” “Thunderball,” and “Goldfinger,” the singer hits a freakishly impossible high note that leaves you wondering if he or she popped a blood vessel in the recording booth.4 Smith takes the opposite path and checks his Instagram while “Writing’s on the Wall” gently swerves into oncoming traffic.

This is not a bad song. It does not belong in Bond Theme Purgatory — the night club where you have to listen to Madonna bang her head on a synthesizer until your ear drums start bleeding. There are a lot of really interesting moments in this track. It has the Bond sound, Smith’s vocals work really well during the verses, and it retains the vaguely apocalyptic feel of “Skyfall.” It just completely falls apart once he starts auditioning for Pippin. If I were grading this song, I’d give it a B-minus, but I’m not grading this song. Grades are for geometry teachers and health inspectors.

Instead, I will offer you this Spotify playlist of the Bond themes in my personal ranking order, minus “Skyfall” and “For Your Eyes Only”5because they’re not on Spotify.

No Capes, No Tights, No Point: 'Heroes Reborn' Fails to Take Flight