No Capes, No Tights, No Point: ‘Heroes Reborn’ Fails to Take Flight 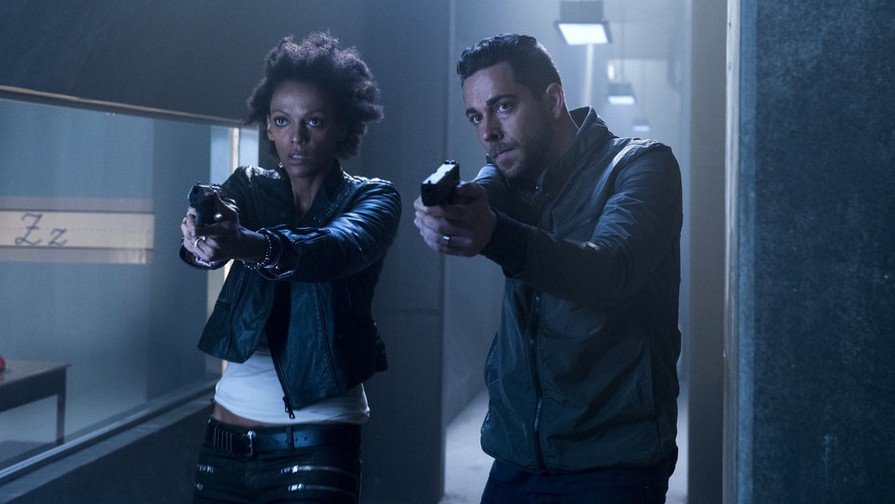 If you watched the original Heroes 10 years ago and remember it fondly, Heroes Reborn feels like more of the same, frozen in time. As inexplicable as a new Heroes series might be, even surrounded by legions of TV reboots and resurrections, from 24 to The X-Files to Twin Peaks, it might be one of the most plausible targets for redemption; the concept fits a lot better on TV today than it did in 2006. In 2015, the airwaves are crowded with heroes who actually get to wear costumes.

When Heroes premiered, it was the coolest thing to 14-year-old me. It had enough twisty plot momentum, grim pronouncements, and voice-overs in British accents to feel profound. There was no Marvel colony in the TV industry, no easily bingeable Daredevil, and definitely no Flash or Arrow racking up rave reviews (and looking good in tights while doing it). The only other popular live-action superhero on TV was Superman, in the process of navigating high school on Smallville — a show that also had the same restrictions on the more colorful aspects of superhero fiction like tights and capes.

Most of the things I liked about Heroes as a teenager are back, unchanged. Jack Coleman continues to look sternly out from behind his horn-rimmed glasses as Noah Bennet, surrounded by a constantly shifting cast of superpowered insane people. Even though the new characters feel like a cheaper remix of the original heroes and villains who are now too famous for the show to afford (bye-bye, Zachary Quinto; see you later, Hayden Panettiere), there are a few cool, weird twists of the sort that, depending on your perspective, are either insanely awesome or just plain insane (one of the characters literally projects herself into a video game).

Heroes took the Dark Knight Rises approach before there was a Dark Knight Rises, leaning into capital-S seriousness so hard it became ridiculous, and therefore watchable up to a certain point, before pushing too much and lapsing into incoherence.1 It wanted you to care about its characters but forgot that they were ultimately cardboard archetypes. You can’t get more generic than “Save the cheerleader, save the world.”

That level of simplicity is one of the more powerful things about superhero stories. The boundaries and defining qualities of superhero comics as a genre should, in theory, translate nicely to those of serial TV shows. Comics tell ongoing stories that span entire universes, possess large casts of characters, and are designed to repeatedly feint at real endings without ever reaching a satisfactory conclusion, in pretty much the same way soap operas do. Both are written with the goal of getting you to buy the next issue or watch the next episode. It’s not surprising, too, that early comics and soap operas were marketed to groups that were generally underserved by the market — young boys and housewives.

Networks and studios have seized on this connection, leading to things like Marvel’s Agents of S.H.I.E.L.D, Agent Carter, and a host of upcoming Netflix shows with various types of agents, CBS’s Supergirl (a “single girl in the big city” show with a cape thrown over it), and the CW’s cowled empire of Arrow, The Flash, and, soon, time-travel anthology show Legends of Tomorrow.

The best of these are what critic Noel Murray calls “mid-reputable” TV — shows that are clearly well made but don’t pull the antihero dick-shaped levers we typically expect from prestige dramas. And they are, like comics and soaps, marketed toward underserved groups; the people not currently served by the middle-aged, male-centric “good TV” genre — nerds and young women. The worst, Gotham, is bad precisely because it wants to hold on to all of the trappings of a superhero show that are now in vogue without actually introducing any superheroes or accepting its destiny as a truly superhero-adjacent show, focusing on what life is like for normal people in a world of titans.

Heroes’s problem was that it never quite figured out how to harness both sides of this connection. With its alternate-reality and time-jumping episodes, it did have a hint of the “special issue” quality, and it certainly had the twists nailed down, along with a few genuinely interesting ideas and ongoing family dramas (particularly for the Petrellis, half of whom were always evil at any given time). But, when executed well, those elements necessarily produce a sense of absurdity. There are dudes running around shooting lightning out of their hands, screaming about their magical super-science formulas, and literally causing explosions in the sky. Heroes either somehow didn’t see this coming or somehow thought it could avoid that inherent silliness simply by refraining from putting its characters in costumes.

And it didn’t have a procedural strand in its DNA, or at least not one that was effectively utilized to keep people invested in the show on a week-to-week basis, rather than a seasonal (sorry, “Volume”) scale that inevitably led to disappointment. Almost everything on the show eventually became part of a bigger nefarious plot nested within other nefarious plots, even as it burned through those Volumes. (In this sense, it did take after the ever-escalating stakes of comic plotlines.) There was never any breathing room on Heroes, a flaw rectified by the effortlessly breathy The Flash.

Shows like The Flash are successful partly because the CW has largely stopped caring about who watches its shows. It doesn’t find anything weird about adults really enjoying The Flash alongside their teenagers. Heroes was overwhelmed by a need to pretend it was something it was not — or, at least, to express some sort of embarrassment at being a superhero show, to the point where everyone refers to their powers as “abilities” and loosely pretends to care about the scientific explanation for them. One of the big points in favor of the revival is that it largely ignores this incessant stalking around hyper-explained origin stories and simply accepts the fact that, yes, you will in turn accept that its characters can do incredible things.

Heroes’s closest superhero descendant is probably the grim, grim Daredevil, a 13-hour origin story that functions more as a crime thriller about a guy using the law and his fists to take down Vincent D’Onofrio. It’s the best Marvel show, but it’s also the least Marvel-y. Still, even Daredevil ends with Matt Murdock in the familiar crouching pose, wearing his costume, preparing to use his powers to go out and save the city, because in order to watch a superhero show, you eventually have to accept that it takes place in a world where these things happen.

Heroes Reborn has a leg up on its earlier incarnation in this respect. It starts off with a plot straight out of a comic: On the brink of understanding and acceptance for the heroes (EVOs, as the show awkwardly names them), a terrorist attack turns the world against them and forces Noah Bennet to unravel a conspiracy in which he himself is implicated. Comic watchers will note that a similar explosion leads to the events of Marvel’s Civil War story line, which is on its way to getting the cinematic treatment. Here, and in some of its more earnestly ridiculous plots (again, the video game one sticks out), Heroes is finally drawing on its comic roots.

Freed from the stigma surrounding comics, the miniseries does have a shot at turning a couple of its plotlines into something that would comfortably fit on TV today. A few of its heroes could grow into memorable characters, though its villains, played by a horribly miscast Zachary Levi and helpless Judith Shekoni, run around a lot with guns and mope, and are exactly the wrong type of antagonists for this kind of show. Watching Heroes Reborn is a nostalgia trip, rounding up a couple of people we’ll remember fondly and a few we’ll hopefully tolerate for a bit. But it’s the hollowed-out version of what a really good network superhero show could have been.

This might, in part, be because the process of getting superhero stories to be taken seriously has been somewhat slow. Batman Begins was released in 2005, one year before the first season of Heroes. A generation of writers and directors who take superheroes as one of their fundamental genres has slowly grown in power, to the point where Joss Whedon can helm the biggest superhero team-ups in the history of the world. (Buffy is many things, but it’s also, from one angle, a show about a superhero.) His collaborators have all had ample opportunity to work out their own spins on the genre, like Daredevil’s Steven S. DeKnight, who had previously made historical epic Spartacus. Others have simply been given the chance to apply storytelling tools from other genres, like Arrow’s Greg Berlanti, who cut his teeth on Dawson’s Creek (and also worked on failed superhero show No Ordinary Family).

By now, audiences just take superheroes at face value, as simply another costume that the main character of a TV show can wear, next to the detective’s duster and suit or the doctor’s lab coat and stethoscope. All of them are just different kinds of people out trying to save lives and catch bad guys, and that’s the important thing. The original Heroes had to loudly protest that it could tell interesting stories in spite of being a superhero show, rather than because of it — something that the CW’s shows, or Marvel’s, will never need to do. So Heroes may have, in its deeply obnoxious way, contributed to the mainstream acceptance of the genre on our televisions. And while the new miniseries tentatively acknowledges this fact, it’s too hamstrung by its own history to delve fully into the vast, exciting territory it sees before it. Maybe Heroes was just like one of its characters — it had to die so the rest of TV could be extraordinary.