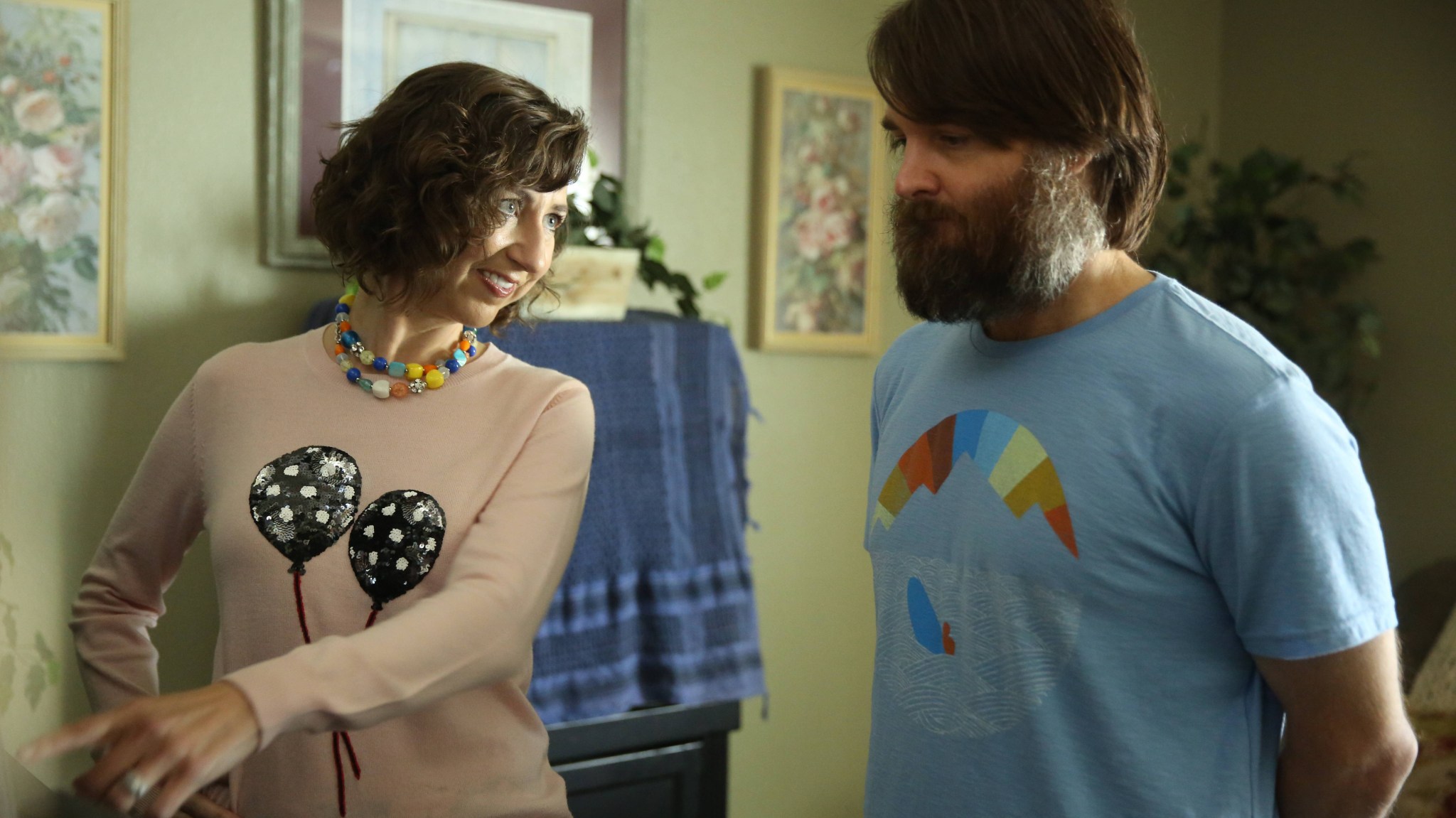 Sitcom pilots have a tendency to be pretty slow — where a drama can, to an extent, sink most of its time into one character, comedies need to establish an ensemble of memorable characters in easily grasped, funny situations. That’s part of why the first episode of The Last Man on Earth is still so striking, more than six months after it aired — the whole thing is just a painfully single man making his way through the wasteland of a blasted Earth, turning the comforts of human civilization into his sad, gross playground. It’s not only hilarious, it also boldly closes off the possibility of comic interactions with wacky people. The only sparks that Phil Miller ignites come from his taste for pyrotechnic spectacle.

As one, two, three, and ever more people showed up in Tucson to join Phil over the course of The Last Man on Earth’s first season, the pilot felt like a particularly pleasant, unlikely fever dream in which an entire network sitcom was about a schlubby, bearded dude all by himself, sadly exploring the ruins of human civilization. Admittedly, this version of the show might have placed an impossible burden on Will Forte’s performance as Phil. And it turned out that the show was up to something different — a silly allegory about the formation of society told via a simple story about a man realizing he needs other people in his life. But that pilot was nice to fantasize about, and it’s why the second season premiere is so much fun.

Phil and his wife, Carol, are the only two characters who appear in “Is There Anybody Out There?” (With the exception of a couple of brief appearances by Jason Sudeikis, introduced in the season finale as Phil’s astronaut brother trapped on a space station.) Like many good season premieres, “Is There Anybody Out There?” puts a twist on the basic premise of the show. Rather than alive and alone in Tucson, Phil is on an extended, idyllic honeymoon road trip. The couple treat the world like their toy box, and are both genuinely excited about the prospect of play. They’re living in the White House, driving a plane around, and making busts of famous men kiss each other.

Carol is much more of a fleshed-out character here than in Season 1, when she was often reduced to either a punch line for lame “women are like this” jokes or an easy way to create emotional stakes by making Phil feel guilty (they might not have known each other very well, but she was still his wife). The caricature of shrillness she initially appeared to be has given way in her relationship. She’s now happy to turn the White House into a pigsty with an indoor pool and have weird sex in the Lincoln Bedroom. Kristen Schaal and Forte have become much better at conveying the genuine affection that Carol and Phil feel for each other. (Forte, too, gets to lean on his doofy sweetness much more than he did last year.) It shouldn’t be possible to buy them as a happy couple, but they make it work.

That might be because The Last Man on Earth is still a traditional sitcom when you get it out of its bizarre, apocalyptic clothing. Surprisingly, there’s a lot of creative mileage to be had from poking at the genre without totally upending it. In this first episode, we find Phil and Carol running through a series of hackneyed rom-com plots and clichés of couplehood. Phil drops a bomb out of the aforementioned plane, and while they fight over whether to go get it, it’s enough for Carol that Phil made an earnest offer to go back. (They compromise by putting up a caution cone, in case anyone else comes upon the undetonated explosive.) Like any good husband-and-wife team, the Millers spend a lot of time arguing about where they want to settle down and build a home. Should they live in the White House? It’s not homey enough, Carol says. Maybe Carol’s old home in Delaware? It wouldn’t be quite right to live among all of those ghosts. And when they both get it into their heads to sacrifice their well-being for their spouse, the exaggerated selflessness leads to a kind of absurd mutually assured destruction.

In the same way that The Last Man on Earth’s first season interrogated the archetype of the caddish, obnoxious sitcom dude by having Phil push away everyone else in the world (literally) in the pursuit of sex, these scenes find the show navigating what it means to be a normal couple in a desolated world. (Maybe it will take a cue from the Futurama series finale.) Considering the last couple of years of TV rom-coms, most of which are unmemorable and were swiftly canceled by flailing networks, the genre could use a critical, borderline misanthropic eye. Enter Phil’s garbage behavior in the first season, and its consequences.

As shaky as the middle of The Last Man on Earth’s first season was, it circled around a truth of life — understanding what we should do, or asking any ethical or political question, requires considering and consulting other people. Trusting in the show means believing that the first season of The Last Man on Earth was about Phil learning to conceive of himself as more than an individual. This season will, hopefully, focus on him and Carol growing into themselves as a couple and working through the series of compromises and renegotiated understandings and terms of existence that any relationship requires before it can become something greater than the sum of its parts. Phil is putting in the effort to be a better man — the show might ostensibly be about the last man on Earth, but it’s now him and Carol against the world.

Are My Methods Unsound? Why 'Sicario' Is the 'Apocalypse Now' of the Drug War