NZT-4Ever: The ‘Limitless’ TV Show Is Finally Here to Unlock Our Smart-Drug-Craving Minds 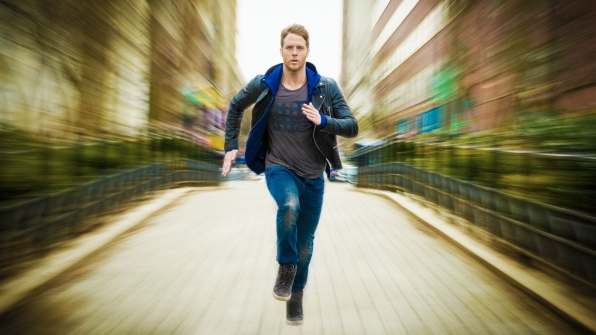 A few years back, while more or less sober in a harshly lit Atlantic City hotel room, I watched the movie Limitless. I had just meant to catch a few minutes and then head downstairs to the casino; there was upward of $85 that I was prepared to throw away that night. Instead, I sat at the edge of the bed, entranced for the entire running time. Surrounded by the ambient A.C. sadness swirling all around me, I fell in love.

Limitless is not, in the traditional sense, a good movie. It’s also not strange, or bad, or mistakenly ambitious enough to get itself over to cult status, either. What it does have is a winning performance from Bradley Cooper, the goddamn American Sniper himself, back then really feeling himself in his first flush of leading-man swag.

Adapted from Alan Glynn’s 2001 novel, The Dark Fields, Limitless posits the fictional drug NZT-48 as the evolutionary step in smart pharmaceuticals — a pill so good, it’ll make you brilliant. Bradley Cooper’s character, the movie tells us, is one of those dirty, disheveled [clears throat with barely suppressed glee] struggling writers; then, by hook and crook of the miracle NZT-48, Eddie Morra becomes a kind of GQ-ified Nietzschean Übermensch millionaire stockbroker bro.

He finishes his book, learns like a bunch of languages, goes cliff diving with attractive young rich people, and cleans his apartment. He suffers withdrawal and side effects, and he gets mixed up with various homicidal goons who are after his drugs and his power.

Here is another thing that happens, as poetically described by Wikipedia, without context: “Eddie stabs Gennady and licks up some of his pooling blood for the NZT it now contains.”

In the years since it dropped, NZT became a kind of passing obsession, but not just for me: In 2013, New York magazine did a story called “The Real Limitless Drug Isn’t Just for Lifehackers Anymore.” It was about the drug modafinil, marketed as Provigil, described in the piece as “being very much like Adderall, but without the speediness.” The idea was a drug that had nothing to do with recreation and everything to do with efficiency. Bankers, coders, and all manner of ambitious people were apparently popping Provigil and staying up all night creating wonders.

Here’s the thing, though: Forget Provigil. I care not for moderately enhanced concentration. I want I-know-kung-fu-like preposterous montages of skill rapidly being acquired; I want T-1000-esque, life-scanning POV.

And then, this fall, CBS gave it to me. For some reason I couldn’t quite fathom, a little-loved movie from 2011 was getting a TV adaptation. For a while, Limitless was like an inside joke with myself. This TV version was like the universe staring and deadpan joking me right back.

And last night, it premiered. And yes, I was watching.

And maybe it was some residual, depressive A.C. magic between me and Limitless talking — but I enjoyed what I saw.

We start off with our new hero Brian Finch — played by the blandly handsome white fellow Jake McDorman — sprinting away from the feds. A quick flash to a poster, featuring Cooper’s lovely profile and “re-elect Senator Edward Morra,” explains that we are indeed within the movie’s universe. Finch ducks, dives, and weaves his way onto the subway tracks, then plays chicken with the L train. CUT. Flashback montage: Finch is a party bro with rock-and-roll dreams that never quite happened.1 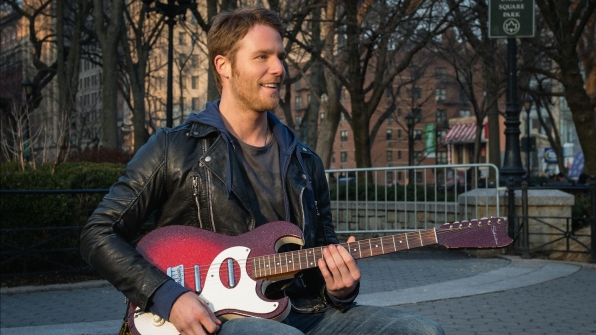 Then Finch is at home with his supportive suburban family — hello, That Guy HOFer Ron Rifkin! — telling them all about how his new shit’s dropping on Bandcamp soon.

SMH. SoundCloud, bro. The kids are on SoundCloud.

Anyway: The point is that he’s lost in life, searching for a purpose. And his old bandmate Eli is like a super-rich stockbroker. And after a chance run-in — ahhhh! There it is!! My precious NZT!

Eli hooks up Brian with the drugs, Brian pops the pill, Brian clicks into expository voice-over gear. Sadly, the show doesn’t run back the “10 percent of your brain” myth, but there’s good stuff nonetheless: “There’s a maze inside everyone’s head,” “I had access to every single brain cell,” “What if you could remember every documentary you ever saw?”

And then, boom, montage. He shreds on the guitar in the park, he runs a bunch of dudes in chess, he tells a sad Slovakian street-food vendor that it’s time to re-brand: “The mavens never embraced pie, so that’s not happening. Did you read The Tipping Point? You know about mavens? You don’t sell hot dogs anymore. You sell artisanal hot dogs.”

From there, things ramp up. Eli is found dead, of course, but Brian knows that Eli always keeps a secret stash taped inside his acoustic guitar. Here’s an actual line of dialogue, upon finding the dead body: “I gotta call the police. Wait. If I’m gonna help my dad, I better find those pills.” Then we catch back up with the scene from the top of the show. The FBI, seeing Brian in Eli’s apartment, fingers him as the killer and gives chase. It’s only with some acrobatic fire-escape leaping — and then, on the subway tracks, some smoldering eye contact with Agent Rebecca Harris (Jennifer Carpenter), auguring a will-they-or-won’t-they — that he gets away.

Back at FBI HQ, it’s up to the no-nonsense chief — the Oscar-nominated Mary! Elizabeth! Mastrantonio! — to explain a few things. Cue the greatest moment of the night: M.E.M. walking over to a desk and opening up a very fancy attaché briefcase to reveal a manila folder stamped with some kind of official seal that reads — wait for it — NZT-48.

Heavens me. When that fateful day comes, I beseech you, my friends: Lay my ashes to rest within that beautiful manila folder.

A bunch more stuff happens: Brian nearly gets murdered, Brian nearly sews up his own bullet wound, Rebecca furiously scribbles “SHOT” on a legal notepad for truly no good reason. People say stuff like “If Brian’s gonna take NZT anyway, and every time he does he basically becomes the smartest person in the world — that’s a resource. Let’s make it our resource.” It’s all great.

But best of all — when you least expect it — here comes Coooooop. 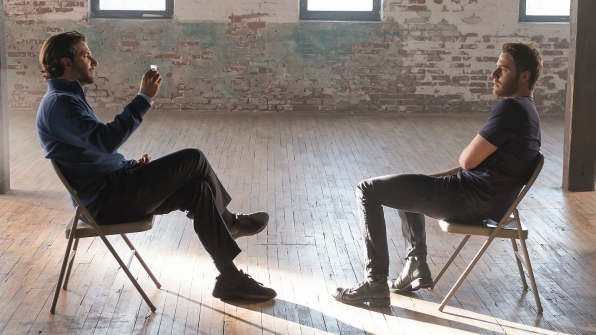 That’s right. Hollywood A-lister Bradley Cooper himself has for some reason2 agreed to be not only the executive producer, but a recurring character on this show. The contrivance here is that Cooper’s character, a man with possible presidential ambitions, needs a guy like Brian around to do some of his dirty work. He saves Brian from said bullet wound, promises him all the NZT he can take, and delivers a shot that will do away with those hairy side effects. It’s really not all that clear what he wants in return, but who cares.

For one, you get to stare deep into Bradley Cooper’s big, beautiful NZT-enhanced eyes.

For two, you get to hear Bradley Cooper say, “Can you remember what it’s like to be inside your mother’s womb? I can. I think about it when I need to relax.”

From there, the pilot wraps up neatly, setting this show up for what it’s going to become: Brian, the magical wild card, and Rebecca, the straitlaced cop, will work together to solve the crime of the week. Basically, it’s another down-the-line CBS procedural.

Except that this down-the-line CBS procedural is about, at some core level, however much they try to fight against it, the greatness of drugs.