Do You Like (Fake) Drugs? ‘Lucy,’ NZT-48, and a Definitive Ranking of the 10 Best Movie Narcotics 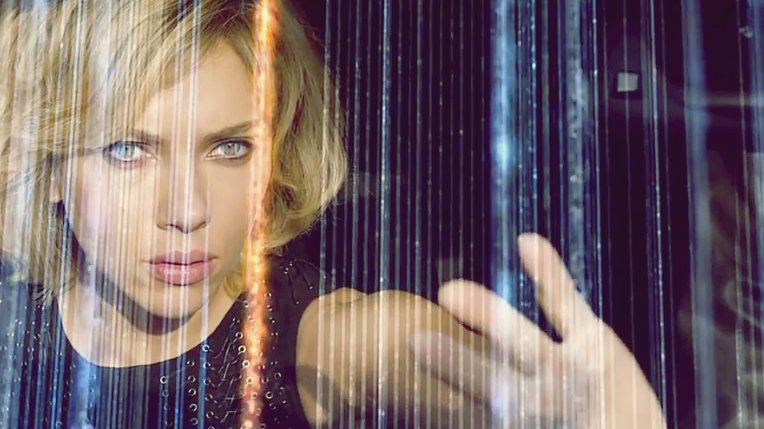 Drugs in real life: bad. Drugs in movies: also usually pretty bad. Discussing the theoretical consumption of fake drugs in movies: good clean fun. In honor of this week’s Lucy — in which Scarlett Johansson goes from drug mule to unstoppable force of full-brain-optimized nature, all thanks to the drugs she was muling — we considered this question: Which are the best fictional movie drugs? Then we ranked the best ten, because ranking fake drugs seemed like a sensible thing to do.

“There was me, that is, Alex,” explains our A Clockwork Orange hero, in his fine nadsat, “and my three droogs, that is, Pete, Georgie, and Dim and we sat in the Korova Milkbar trying to make up our rassoodocks what to do with the evening. The Korova Milkbar sold milk-plus, milk plus vellocet or synthemesc or drencrom, which is what we were drinking. This would sharpen you up and make you ready for a bit of the old ultraviolence.” Pros and cons here:

Con: Doesn’t necessarily augur, but at the very least encourages, a preparedness for ultraviolence.

Pro: A good way to get your daily recommended dosage of riboflavin.

Con: It’s milk, at nighttime, which — with all due respect to the fine people of Wisconsin, and maybe this is just my vestigial, kosher-mandated no-dairy-with-meat talking — is, in my opinion, very much not the move for sentient adults.

The inciting incident in Crank is all-time great dude Chev Chelios getting fed something called a Beijing Cocktail by some vengeful mob dudes, and then having to keep his adrenaline spiked in order to not die. (I honestly just realized it’s like Speed, except that instead of with a bus it’s a heart.) And while Beijing Cocktail is clearly a poison and not a drug, there is also the scene in the cab, in which Chelios is nodding off, and his buffoonishly-aggro-yet-ultimately-kindly cab driver hooks up a little vial of what he refers to as “Haitian shit … hard-core shit … made from plant shit,” which seems to offer a mild and gentle buzz, and oh, also literally saves Chev Chelios’s life, and so certainly deserves some recognition by this board. One minor downside: Chev’s official ruling is that it “tastes like ass.”

I’m all for the post–Edge of Tomorrow Tom Cruise rehabilitation project, but if I’m being completely honest, I haven’t truly felt the dude since Spielberg’s stone-cold sci-fi classic Minority Report. Wrecked by the kidnapping of his child, John Anderton — the best damn Precrime officer in all of the District of Columbia — develops an addiction to Clarity, which he purchases from anonymous, sketchy drug dealers while hoodied in darkened allies. Are we then meant to associate Clarity with disproportionally stigmatized street-level narcotics like crack cocaine? Or, more likely, are we just meant to remember how depressing Anderton’s life was those days? Either way, it’s hard to imagine a latter-day Cruise doing anything harder than vitamins.

WHYPHY from 22 Jump Street — half work, half party — sounded like pretty good stuff until we got Jonah Hill’s Creed-soundtracked bad trip. And then there’s 21’s HFS, which, yes, also kills people sometimes, but also makes you subvert the whole patriarchal preposterousness of high school track and field to such an intense degree that Dave Franco immediately wants to party with you.

Hey, here’s a thing that actually happened: In 1981, in Caveman, Ringo Starr played the caveman — the movie’s tagline: “Back when you had to beat it before you could eat it” — that discovered drugs. Explains one helpful review, “to test [the hallucinogenic] berries, they make Ringo eat them. He … eats one, and passes out. That night he stuffs some in a piece of fruit, gives it to Lana who gives it to Tonda, and Tonda passes out. But Lana ate some too, so Ringo’s Bolero-accompanied attempts to have ‘zug-zug’ with Lana fail. He wakes up between Lana and Tonda, and gets kicked out of the tribe. He meets up with Lar and they accidentally discover upright walking.” Paul McCartney never accidentally discovered upright walking.

Take it away, Dune’s Princess Irulan: “The most precious substance in the universe is the Spice Melange. The Spice extends life, the Spice expands consciousness, the Spice is vital to space travel. The Spacing Guild and its Navigators who the Spice has mutated over 4,000 years use the orange Spice gas, which gives them the ability to fold space, that is, travel to any part of the universe without moving.”

Certainly a convincing sales pitch, Princess! Docked only because it’s all a bit dramatic, isn’t it? You don’t always wanna be space traveling with your drugs. And you can’t very well just bump a few lines of Spice, then watch seven hours of Pawn Stars, now can you?

Genius gap-toothed Florida hick Chris Cooper takes beautiful rare flowers, makes them into green dust, then gets Meryl Streep so high in Adaptation that she’s endlessly fascinated with the dial tone?! Orchaine is a hell of a drug.

From the moment I was made aware of the existence of Lucy, I thought, Luc Besson remade Limitless, only it’s Scarlett Johansson and then at the end she becomes Neo? Why, I would like to see this immediately. Now it’s in theaters tomorrow, and, no, I haven’t seen it yet, but I’ve also avoided all reviews so as to keep my exuberance as pure as the 100-percent-brain-expanding drug the Taipei mobsters shove into Lucy’s stomach lining. I’ve seen the trailer 8 billion times, though, and I know that Lucy develops the ability to do calligraphy, and to murder people with guns and thoughts, and to change the color of her eyes and hair, and to elegantly dismiss the life’s work of Professor Morgan Freeman. Would I actually be able to handle any of this happening to me? No. Of course not. I would probably just use my newfound powers by wrecking the competition at Dave & Buster’s. But this is a near world-changingly important fake drug, and should be respected as such.

Ah, Limitless. Has a dumber movie ever so effectively captured the imagination of so many (OK, yeah, many of them, including primarily me, dumb) people? “Is the drug, ‘NZT’ real in the movie limitless?” Yahoo Answers once pondered, speaking for a generation. Look: A lot of bad stuff happens to Bradley Cooper by the end of this flick, I’m pretty sure. But I don’t care about any of it. He learns Italian, finishes his novel, masters the stock market, gets his girl back, bests Bobby De Niro, has nice blue eyes, and makes us believe that anything is possibaaaaaaaaalllle. Possible, with a little NZT-48, of course.

Last year, the drug modafinil — sold commercially as Provigil — started getting some shine as the real-life NZT. It was like a super-charged Adderall but without the jitters, they said, a straight boon to your mental abilities. But come on: Leave it out with all this “like” stuff. You want that pure 100-percent-of-your-brain optimization shit. You want to learn Italian insanely quickly. Until then, do not bother us with this similar-to-NZT mumbo jumbo. And it has to come soon, right? We faked a moon landing! Surely we can come up with some NZT-48? We have Romance languages to learn overnight.

This article has been updated to reflect that the drug in Lucy has a name, CPH4.

Grantland Reality TV Fantasy League: Watch Out for Flying Legs. And Death Threats. And All of That Blood.