‘Empire’ of the Fun: Fox’s Runaway Hit Comes Roaring Back 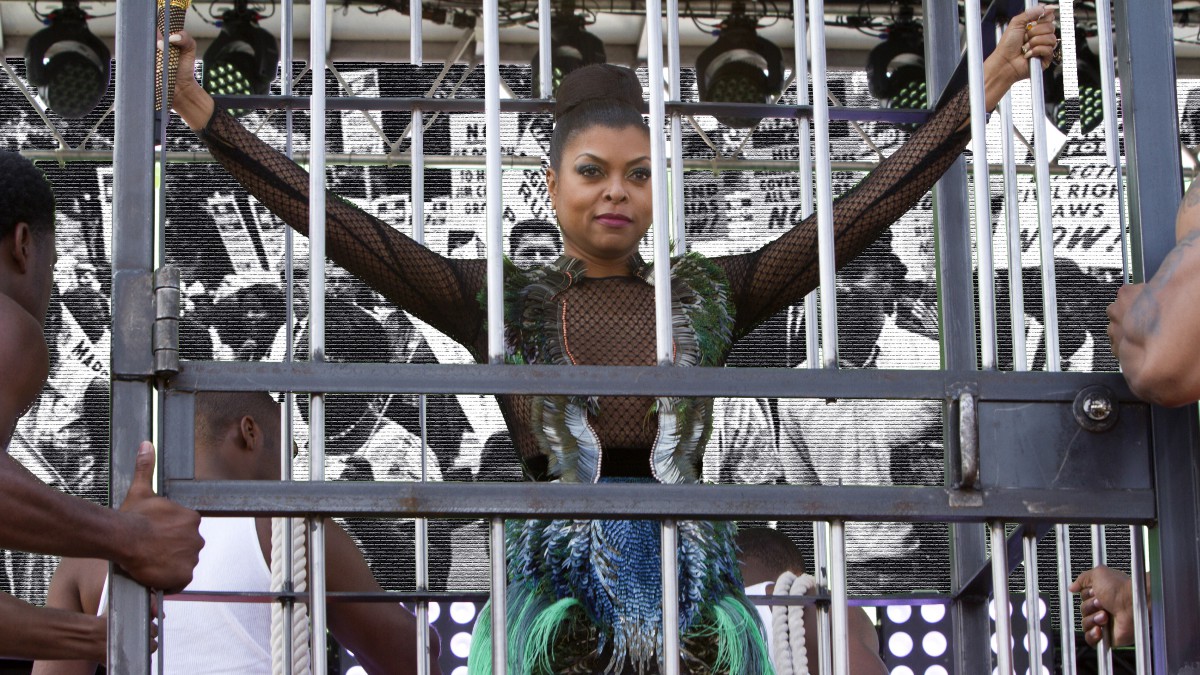 TV hasn’t seen a phenomenon like Empire in a long time. After debuting with a bang in January, the Fox drama shattered benchmarks for audience growth. According to a recent Hollywood Reporter cover story, by the time the first season came to an end in March, over 26 million people were watching across multiple viewing platforms. That’s an enormous number, nearly equal to the entire population of Saudi Arabia.1 Accordingly, Empire was treated as an unexpected oasis in a desert of declining ratings. A desperately thirsty industry lined up in awe — and to figure out ways to swipe a drink.

But after last night’s wild Season 2 premiere, it’s worth shifting the conversation slightly. Forget, for a moment, what Empire means to the television business. Let’s talk about what it means for the television audience. Because I don’t think we’ve ever seen anything like Empire on TV before. Not just in terms of content and not just in terms of casting — though both are unique and remarkable in their own way. (No music show has ever covered the record industry with the lurid glee of a tabloid in a war zone, and in order to count the number of recent broadcast network dramas with primarily black casts you’d require just one of Cookie’s immaculate fingernails.) What I’m talking about is Empire’s glorious, often ludicrous chutzpah. Empire is a pop show that refuses to be ephemeral, it’s a soap opera that swaps suds for blood. As the Lyon family roars back for Year 2, it’s worth noting how extraordinary it is for one of the biggest shows on television to take to its giant stage so totally, to embrace its contradictions so lustily. In the three preview episodes provided to critics — all of which are excellent — Empire careers ecstatically from the political to the puerile, from the top of the charts to the bottom of society’s broken ladder. It’s intoxicating, if occasionally exhausting. One doesn’t watch Empire so much as one submits.

If America wanted to take its own cultural temperature in the fall of 2015 and then burn it onto one of those big gold records I remember from the NASA videos of my youth, the opening moments of Empire’s second-season premiere would make a fine choice. I audibly gasped the moment I realized that Empire’s brain trust — including creators Lee Daniels and Danny Strong, showrunner Ilene Chaiken, and what must be the most diverse writers room ever assembled in Hollywood — was linking the roiling, real-world struggle over police brutality, mass incarceration, and entrenched racism to the plight of Terrence Howard’s Lucious Lyon. To take something as urgent as the Black Lives Matter movement and connect it to a fictional, conniving rapper turned CEO — who, by the way, absolutely did commit the murder for which he was jailed at the end of last season — seemed to be a bridge too far. And that was before the incredible sight of Taraji P. Henson in a cage, wearing a gorilla suit, beating her chest while being suspended over a cheering crowd of thousands.

But when I regained control over my senses, my gaping mouth twisted into a smile. Why shouldn’t the high and the low, the serious and the silly rub elbows like this? And, more importantly, what better place for them to share the screen than on what is, give or take a few zombies, America’s most popular TV show? Art is supposed to be messy; discomfiting a mass audience is, in many ways, more impressive than attracting them in the first place. Daniels, who also directed the episode, has a reputation as a provocateur, but what he’s accomplishing here is particularly sly. By having Henson’s Cookie acknowledge the contradictions inherent in her actions — “You think I don’t know that, stupid?” she snaps at one of her sons when he meekly suggests that they ought to be “performing for the brothers and sisters that are innocent” — Daniels is making a passionate case for humanity, not idealism.

Because here’s the thing: Are Cookie’s politics inconsistent? Of course they are! Inconsistency is a hallmark of existence. It is what defines and unites us as humans. Show me someone whose thoughts and actions are always perfectly in tune and I’ll congratulate you on founding Skynet. The origins of Cookie’s stage and the reasons for her activism have nothing to do with the validity of her message: “The American correctional system is built on the backs of our brothers, our fathers, and our sons,” she shouts. This is true if you are marching in Ferguson or making fun of Don Lemon to his face; it’s worth saying if you’re wearing a monkey suit, like Cookie, or an orange jumpsuit, like Lucious. I can’t think of another show that would charge into unstable territory like this, let alone set up camp right on a fault line. Is Empire crashing the party or is it a sleeper cell, exploding the mainstream from within? I’m increasingly convinced it’s the latter. You could look at this episode’s opening concert, with its grab bag of black celebrity cameos (Al Sharpton and Swizz Beatz!), its winking Bill Clinton jokes, its millionaire investor — played by Marisa Tomei and named “Whiteman”! — lurking on the sideline, grooving to the music but ignorant of the message,2 as a hot mess. But I urge you to look again: It was as dense, squishy, and American as apple pie.

That doesn’t mean that what Daniels and Strong are up to isn’t radical. It most assuredly is. One of Empire’s most evident influencers is Dynasty, that status- and backstabbing-obsessed soap opera from the ’80s. But the flash on display here is anything but fleeting. The gold-plated dining room sets, the thousand-dollar sweatshirts, the idling Maybachs: All of these are affectations, sure, but their presence carries with them the weight of everything they were purchased to replace. Through flashbacks, we know of Lucious and Cookie’s humble beginnings. Through strong performances from Jussie Smollett and Trai Byers, we know that the insatiable hunger of the Lyon cubs is emotional, not physical. And through the eyes and actions of those outside the walls of Empire Records, we know Lucious’s success isn’t just aspirational to his community; it provokes a complex stew of admiration, resentment, and outright desperation. Most moneyed fantasies can be reduced to Titanic-like cautionary tales or bland “a rising tide lifts all boats” pablum. Despite its glitzy trappings, Empire emerges from a place where not even life rafts are guaranteed. 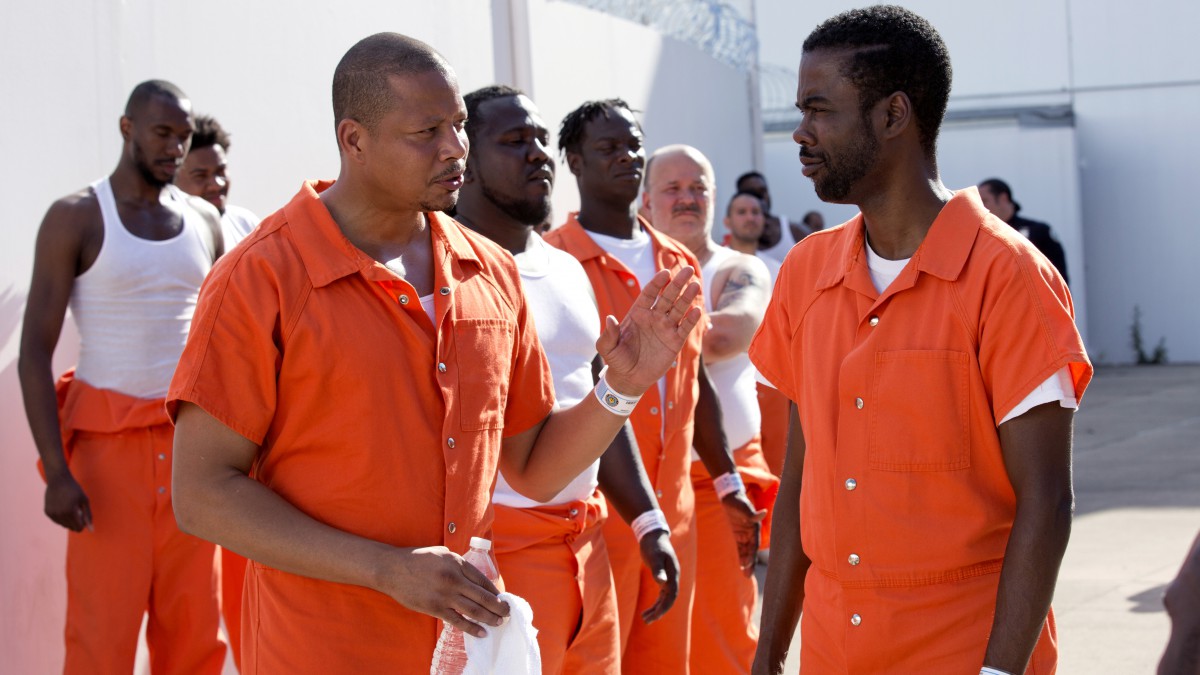 That Season 2 is even remotely coherent feels like a minor miracle. The show went supernova so quickly after its midseason premiere that a quick follow-up seemed inadvisable at best and impossible at worst. But watching these strong new episodes, it’s possible to wonder if Empire actually works best in such demanding circumstances. The show’s heart is pulpy and beats riotously fast — “It’s time to push past what ya’ll did,” a character says in next week’s episode, a scant 20 minutes after the sort of wild twist that could have devoured months of plot. Counterintuitive as it may seem, Empire appears to thrive on chaos. This isn’t a show that would do well with free time, and besides, how could you leave this cast on the bench? Henson remains the most watchable actor on television — who else could sneer “You can’t even dyke right” and somehow make it lovable? — but she’s matched this season by a reenergized Howard and a recharged Smollett. As Jamal, Smollett has always shined the brightest in his family of stars. But I love the way he’s gone into eclipse as the burdens of business interfere with the purity of his art.

Best of all is the way that Daniels, Strong, and Chaiken have smartly trained the Lyon family’s weapons on each other. The weakest parts of Season 1 involved external threats — Judd Nelson’s nefarious mogul comes to mind and then, blessedly, leaves it — and the machinations of the music industry always worked better as metaphor than as documentary. (If you didn’t know Empire was more theatrical than factual, Lucious’s pitch-perfect prison performance of “Snitch Bitch” next week ought to seal it. Dig the cockney convict on the keyboards!) As Season 2 unfurls, the Lyons engage in a crazy-making cycle of punishment and redemption. They hurt each other in horrific ways, then swoop in to clean up their own messes like blinged-out EMTs. It can be head-spinning to keep track of who is betraying whom at any given moment. (Are Hakeem and Jamal talking? Are they beefing? Are they just dueting?) It’s a roller-coaster chemistry that makes no sense for a publicly traded company like Empire Inc. But Empire isn’t about Empire Inc. It’s about a family. And through that lens, the Lyons struggle is universal. The insults and obsessions are all a part of the fierce binding-up that, depending on the day, is a sign of anger or its not-too-distant cousin, love.

Lucious is locked up as the season starts, which gives the show a chance to introduce a wild new coterie of supporting players, from Chris Rock’s possibly cannibalistic — seriously, read that Hollywood Reporter story for details — drug lord to Andre Royo’s sneaky-vicious ambulance chaser. But it also puts the rest of the cast into stark relief. With their boomeranging allegiances and their constant recital of the show’s name — no series in history has ever referred to itself as much as this one — they are just as much prisoners as Lucious: all trapped with each other in cells with varying thread counts. This is a dark undercurrent to a show that still crackles with catty wit (quoth Cookie, to her youngest son: “Your father is a tampon”). But it’s one that helps gird Empire, even as it ascends, higher and higher, into the rarified air of mass popularity. With so many guest stars, so much attention, and, judging from the behind-the-scenes press, so much ego all in one place, it’s very possible that everything could come crashing down at any moment. But hard landings are something the Lyons aren’t just prepared for — they’re something that, deep in their bones, they actually expect.

Besides, I don’t much get the feeling that Daniels and Strong are playing the long game here. Could Empire run for 10 years? Sure. Jamal’s not-daughter from Season 1 could return as a hot-tempered teen, armed with a vicious takeover plan of her own, not to mention a glissando-littered singing voice and an appetite for sexual revenge. But the mania of Empire’s plot is inseparable from the sheer volume of what it has to say — and the urgency with which it needs to say it. Empire is, first and foremost, an entertainment, and a tremendous one at that. But it’s the work the show accomplishes between the notes that impresses me more.

The entire industry is scrambling to react to Empire’s success, mostly by investing in diversity on the call sheet. This is laudable, but diversity is rarely as simple as black and white. What Empire does better than any mainstream show in history is present a dizzying rainbow of blackness, both behind the scenes and, particularly, in front of the cameras: from guest star Ludacris’s sneering corrections officer to Tyra Ferrell’s ambitious prosecutor; from newcomer Bre-Z’s streetwise hustle to Grace Gealey’s cocked-eyebrow elegance. Freed from being tokens or exemplars, these characters are allowed to contain multitudes in a way people of color on television rarely are. They are not saints. Rather, they are a mixed-up bunch of complicated, sympathetic sinners — which is a long-winded way of calling them “people.” In its second season, Empire can be tawdry, but never cheap. It doesn’t preach. It sings.