Jason Derulo, ‘Want to Want Me,’ and the Rise of ‘iTunescore’ Music 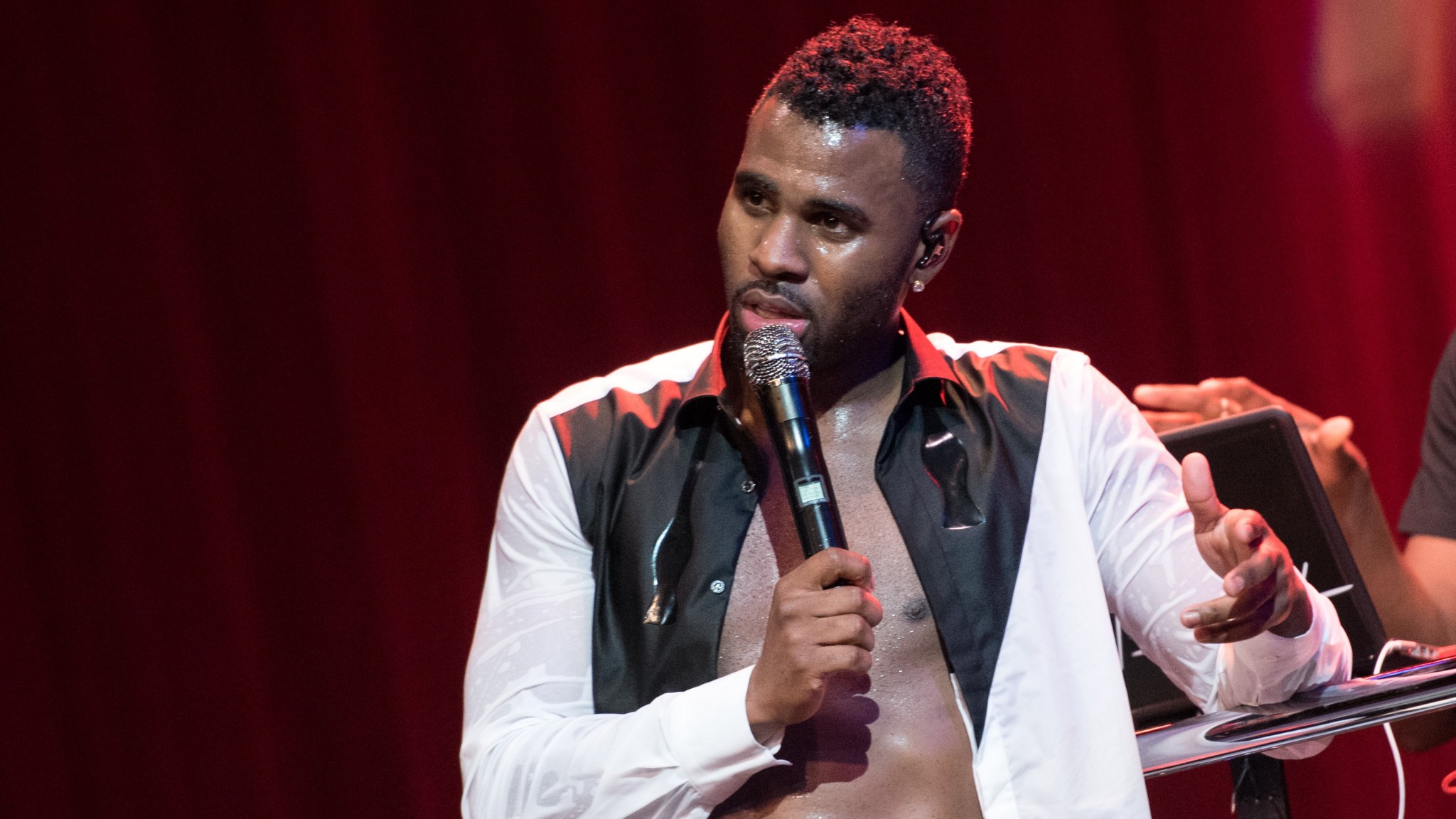 I didn’t notice until my first headphones listen to Jason Derulo’s “Want to Want Me” that the singer does, in fact, whisper his last name at the beginning of the song. Name-checking himself is Derulo’s trademark gimmick. He knows we might not know “Want to Want Me” is a Derulo song, because it sounds unlike his other songs, except that all of his songs sound unlike one another. In one way, this is his strength, but it’s also the reason Derulo has to keep saying his name: He’s too musically chameleonic for us to know it’s him otherwise. Everything Is 4 is Derulo’s fourth album, and, like his previous work, it is perfectly pleasant but somehow forgettable. There is an anonymity to Derulo’s music.

Derulo’s inescapable new single, “Want to Want Me,” is a refreshing popsicle the first time you hear it, but it melts right out of your head. At the risk of sounding old and rockist — but sincerely just based on hookiness — it is no “I Want You to Want Me.” And the whole album, which is a brisk 38 minutes and 45 seconds, delivers adequate thrills that don’t beg for a replay. Derulo is very respectable, though. He’s clearly a hard worker, and there’s nothing wrong with his voice per se, but there’s a personality missing from his music. Nonetheless, he has become a hitmaking force to be reckoned with on the radio.

Four albums in, Derulo has become the master of a genre forever connected to the debut of the iPod. Call it iTunescore, the sound of “formless, narrative-averse 21st-century pop music,” as my colleague Steven Hyden said. Designed to fit into any randomized playlist, it boils down eclectic musical genres into one deeply inoffensive style. It often contains elements that I like separately and want to enjoy together, except that it lacks some fundamental cohesion. The best musical fusions feel like genres are braising into one another. In iTunescore, each component remains separated like oil and water: Worldbeat flourishes feel forced, and the combination of genres seems arbitrary, like a Frankenstein’s monster made from parts of existing popular songs. It feels like song as formula (not in a prog or math rock way) that always just works out to the lowest common denominator. The klezmer honk of Derulo’s “Talk Dirty” packed wedding dance floors for a year as pop-rap continued its latest love affair with sampled live horns that began with Macklemore’s “Thrift Shop,” but “Talk Dirty” is hardly classic.

iTunescore really started in 2001, when the iPod was released and about the time the Black Eyed Peas added Fergie to the lineup. As Apple tries to convince customers that Apple Music is somehow different and better than Spotify, it feels like a good time to take stock of the company’s effect on the music landscape. Groups like Gorillaz, the new BEP, and Girl Talk made music that mirrored the iPod’s function: randomizing play on one’s musical library and putting things back-to-back. People’s tastes were varied, walls between genres were increasingly being toppled, and suddenly everyone was potentially a DJ.

The very first iPod commercial in 2001 used a 1998 Propellerheads song from their prophetically titled album Decksanddrumsandrockandroll. On Apple playlists, decks and drums could coexist with guitars, fiddles, and harps. The idea of being defined by one’s allegiance to a specific genre, whether punk, rap, or metal, became outmoded, and being a musical omnivore became normalized. Apple’s successful “Silhouette” round of ads in 2003 that launched with the iTunes store, invented by art director Susan Alinsangan, emphasized the everyperson anonymity of the new music consumer: an Anyone who listens to Everything.

And the pop music that played in the iPod ads reflected the new randomized playlist diversity: big names like U2 and Coldplay, the aforementioned Black Eyed Peas and Gorillaz, indie breakouts like Feist and the Ting Tings and mouthbreather aughts rock like Jet and Wolfmother. Today’s iTunescore music is made by artists like Derulo, Nick Jonas, and Maroon 5. It employs countless writers and producers who borrow worldbeat flourishes from genres like rap, funk, R&B, trance, pop, rock, folk, and reggae, and stew them into a bland, soulless, tasteless, Pro Tools concoction. Again, it’s not awful. It’s just uninspired.

It’s not just about how many people write on a song. Having one writer doesn’t guarantee genius, and sometimes a laundry list of people create a seamlessly perfect song. It’s really just about the songs. Artists like Bruno Mars, Frank Ocean, Taylor Swift, and Drake pull off the trick of executing multiple genres at once in a way that feels fresh. Maybe it’s because they have the strong personality and showmanship that a first-class star needs; maybe there’s just some inborn ability gap that makes some people destined for the A-list and resigns others to being a permanent B. Jason Derulo is still a B-list pop star, but he’s perfect at being one. Everything Is 4 won’t convince you that he’s idling in the middle but deserves to be up top. There is no breakout song that makes you reassess previous opinions of Derulo’s capabilities. He’s good at being in the middle.

The iPod advertising campaigns were the logical next phase of Apple’s history of idealism-themed campaigns, marketing conformity as nonconformity and suggesting that, paradoxically, everyone “Think Different” in exactly the same way. As people’s music libraries broadened, they also became more similar, with everyone downloading the same laundry list of buzz albums each year (and deleting them at the end of those years). While people curate their own playlists with services like Spotify, there is always the need for wallpaper music in public spaces: malls, casinos, hotel lobbies. And that is where Derulo fits in.

iTunescore promises songs that will always sound good as filler, and that is also what dooms it to mediocrity. Making something that almost all people will be able to tolerate means the choices made are safe by design — Derulo’s music doesn’t offer a new take on genre fusions, it feels recycled from previous songs that recycled known quantities. It goes down smooth and leaves no trace but a whispered “Deruuuuloooooo” floating off with the summer wind.