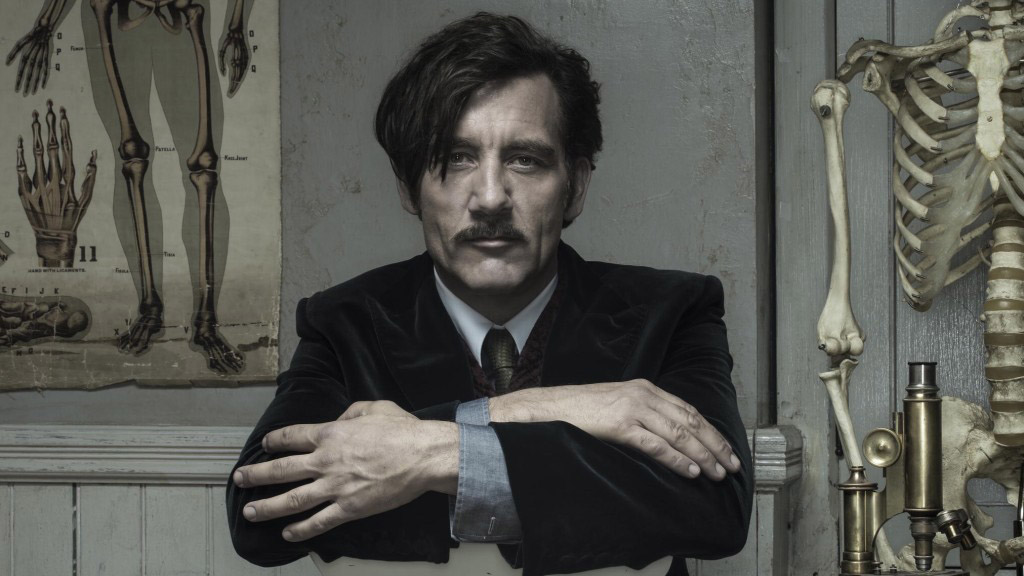 The Knick is invasive. It cuts deeply through muscles, bones, and bile. It works briskly and efficiently, without the benefit of politesse or anesthesia. It doesn’t ligate. It cares nothing about scarring. It leaves a mark with every choice it makes.

The Cinemax series, which returns tonight at 10 p.m. ET, is set in a turn-of-the-20th-century hospital. But The Knick is about medicine in the same way The Texas Chain Saw Massacre is about yard work: Both use familiar tools in a manner that is at once shocking and horrifying. But while the latter is primarily about scaring us into submission, The Knick’s aim is more subtle and, I would submit, more devastating. It forces us to pay attention: to the artificial structures that define our society, to the persistent history that haunts our present, and to the flimsiness of the skin that protects our bodies. Much like the pioneering doctors slicing away in the show’s immaculate operating theater, The Knick is in the business of exposing viscera. Can it get ugly? It sure can!1 But that’s precisely what makes it so compelling.

Seen through this exploratory lens, it makes sense that The Knick would be a passion project for director Steven Soderbergh.2 An antic perfectionist, Soderbergh personally filmed every hour of The Knick’s 10-episode first season and, less than a year later, did the same for Season 2. (Oh, and he edits it all, too, often on his laptop while being driven home from set.) It’s his relentless curiosity that fuels the series. Soderbergh’s camera pokes into the dusky corners of whorehouses, lingers lovingly on suppurating wounds. Should the scripts bog down in the expository world-building that is the foundation of TV drama, Soderbergh spins the viewers’ eye vertiginously around the room in search of something more interesting. It’s bravura filmmaking, quite unlike the yeomanlike professionalism of most small-screen helmers. Reading Matt Zoller Seitz’s recent profile of Soderbergh forces one to reconsider the very definition of directing for television — and, perhaps, directing full stop. What Soderbergh is doing here is physical, aggressive. He’s not merely recording the story. He’s hunting it down and capturing it, frame by frame.

In The Knick’s first season — which I loved — this dogged pursuit was the main attraction. There were times, especially early on, when the virtuosity of Soderbergh’s camera, the sterling cast, and the impeccable production design couldn’t mask the fact that The Knick’s skeleton wasn’t particularly radical. Strip away the ignorance, the filth, the cocaine — so, so much cocaine! — and what remained often felt familiar: the troubled genius, the bastard with the heart of gold, prostitutes, etc. Writers Jack Amiel and Michael Begler had lost themselves so entirely in period detail that they hadn’t left much room for the idiosyncratic ellipses that allow characters to come alive. It was electrifying to watch Soderbergh and stars Clive Owen3 and André Holland battle against convention with the tenacity of white blood cells. But it wasn’t hard to hope for even more texture in a second season, an escape from the binaries of brilliant/damaged men and headstrong/overlooked women. The best version of The Knick would be one in which Soderbergh’s camera worked in tandem with the script, not in great, hacking slashes against it.

I’m happy to report that’s the version we’re getting tonight. The initial hours of The Knick Season 2 are uncommonly strong. Better, the show’s head and its heart appear finally to be on the same page. Once again, Amiel and Begler wrote all 10 teleplays before handing them off to Soderbergh (who then chopped them up by location and filmed them, out of order, like a feature film). I’m not sure what the collaboration process between writers and director looked like going into Year 2, but it appears that Amiel and Begler have made peace with the show Soderbergh is intent on making. So much so, in fact, that they appear to have written him entire arcs like M*A*S*H notes: The season premiere travels to foggy, perpendicular San Francisco and indulges itself in a boat trip more beautiful than any I’ve seen since Joaquin Phoenix went overboard in The Master. What Soderbergh does in these scenes isn’t raising the bar. It’s spiking the ball.

But the improvements are more than optics alone. Last season ended with near total breakdown: Cornelia (Juliet Rylance) married a man she didn’t love; Algernon (Holland), bereft at losing Cornelia, threw himself into drink and back-alley brawls; the hospital board voted to move the Knick uptown; and Owen’s Thackery, the mad, dashing genius of the OR, has been packed away to an out-of-state clinic where the rapacious staff promises to cure him of his crippling cocaine dependence — chiefly by getting him hooked on heroin. Now, the bodily chaos that the doctors seek to tame has spilled out everywhere. With traditional roles destabilized — Thack is a hollow shell, Sister Harriet has traded her habit for prison rags — The Knick’s plot is fully in line with its aesthetics. Like Mad Men, The Knick is a period piece that is as much a mirror as it is a window. It chronicles thoroughly modern people stuck living their lives a century too early, trapped under the yoke of hideous prejudices and arbitrary mores. By doing so, it stitches together some uncomfortable truths about the American experience. Chief among them: the lies we continue to tell ourselves about our all-too-human propensity for weakness and cruelty. The tools used in The Knick are archaic, but the blood they draw is fresh.

Nowhere is this more evident than in the august personage of Dr. Algernon Edwards. In a lesser show, Dr. Edwards would be a noble Job — a kind, brilliant doctor eternally and unfairly punished for the sin of his skin color. On The Knick, Edwards is allowed to be a person, not an idea. Thanks to canny writing and Holland’s blast furnace of a performance, Edwards is a thousand things all at once: prideful, foolish, calculating, romantic, and brash. “Brilliant” and “black” are just two adjectives in a roiling sea of them.

The Knick uses Dr. Edwards as a scalpel to cut away at the polite scrim of society that encircles us, even now; a brick wall masquerading as a velvet rope. When told that the names of New York’s most prominent families ring hollow on the streets of California, a millionaire scoffs, “How does anyone know who’s important?” These thickly drawn class lines are worthy of attention in any era, but on The Knick they are cast in a particularly ludicrous light. What good are jewels and oyster spoons and surnames when there’s an outbreak of the bubonic plague? External trappings are meaningless when the cancer is calling from inside the house.

Edwards knows this well but is effectively powerless to do anything about it. Caught between worlds, allowed full entry to none of them, his consciousness is more than doubled, it’s quadrupled. He’s a savior to those on the table in front of him, a slap in the face to the bigots paying his salary. He’s an impossible lover to Cornelia but an even less viable friend to her brother, Henry. When the latter breaks a steely silence by calling Edwards “Algie,” Holland visibly flinches at the intimacy. Well-intentioned displays of privilege can sting as fiercely as a slap.

It’s no wonder, then, that Edwards feels truly alive only in the operating theater. There, his mind can focus. His hands can act. There is nothing subtextual about the surgery he performs there. Nothing precious; no delicate dance of manners or propriety. There is simply the problem and the solution. And when a solution is lacking, it’s up to men like him to invent one. This is the solace of John Thackery, too — more so now that his swaggering façade has cracked like a porcelain doll — and Eve Hewson’s Nurse Elkins. In that room, broken people can be fixed, and so-called maladies, be they tumors, addiction, or confusing sexual desire, can easily be recast as opportunities. This is as admirable as it is tragic, and it creates a melancholy that infects The Knick like a virus. By regarding the body with an unblinking skepticism, The Knick tells us something that is as true now as it was in 1901: Just because we can successfully dissect a human heart doesn’t mean we’ll ever understand it.