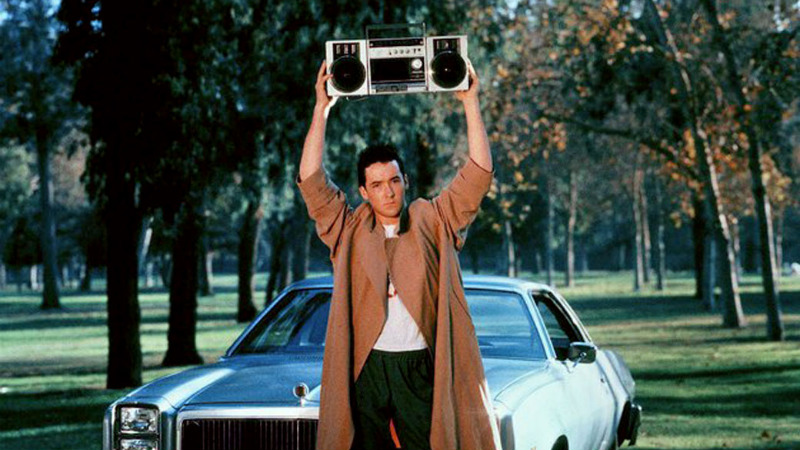 NBC has had a decent time lately with shows that adapt or echo popular movies, stuff like About a Boy and Hannibal. Now the network is looking to do it again with Say Anything…, the 1989 directorial debut by Cameron Crowe. It’s being reworked as a single-camera comedy series. “Crowe has no involvement,” Deadline wrote in its report.

Not exactly true, though. Enter the Crowe:

Regarding the announcement of a "Say Anything" tv show… @JohnCusack, @IoneSkye1 and I have no involvement… except in trying to stop it.

SHOTS FIRED! Who knows what that really means, of course — Crowe wrote and directed the movie, but 20th Century Fox likely has it locked down. And original creators shooting adaptations full of holes doesn’t generally have much of an effect on the adaptation’s success or failure. I mean, The Shining?

Meanwhile, John Cusack has also gotten onboard with #saynothing. He responded to Crowe’s dissent with a simple “amen,” and he answered a fan “hell no” when asked if he’ll be involved. He had a few more words, too:

No end to the exploitation of other people's sincere efforts in shameless slime “@auntyK007: @CameronCrowe No imagination for new ideas”

There’s a double-edged effect to what Cusack and Crowe are doing here. They’re nobly calling out cynical money-oriented remakes and how they stiff the original creators … but they’re also making everyone want a Say Anything series on NBC! Because while nobody wants Cameron Crowe and John Cusack salty, and no one likes to see good artists’ legacies shat upon — who wouldn’t keep tabs on this new series just to see what kind of rocks Crowe and Cusack keep throwing at it? #sixseasonsandamovie!