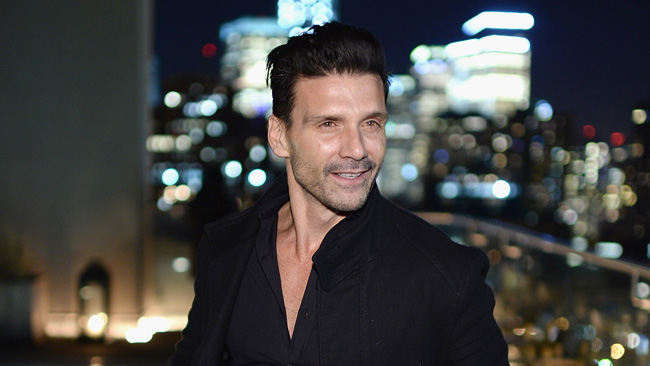 There are those moments when an actor’s face catches the light just so, and you know nothing will ever be the same for them. There are also those moments when an actor shows up onscreen and you instantly say to yourself, Get a load of Agent Stubbletan. He’s clearly up to no good. Frank Grillo’s first appearance in Captain America: The Winter Soldier is both of those moments. All he’s doing is looking at a computer screen and delivering exposition. But you take note of him. He registers. The movie tips in his direction for a second, in a way that marks him either for a swift redshirt’s death or a second-act heel turn. Grillo plays somebody named “Brock Rumlow,” who ends up fighting a couple of more-famous people before Winter Soldier is over, including Cap himself, Chris Evans. Evans would have you believe that fake-fighting Grillo was no joke. “Frank doesn’t understand, Frank goes for it,” Evans told Variety. “But as a result, these fight sequences look wildly authentic.”

And so begins the Frank Grillo era. You’ll leave Winter Soldier feeling whichever way these movies tend to make you feel. But you’ll also leave wondering about Grillo, and not just because his character gets medevaced directly to the Sequel Plot-Point Ward at the end. You will wonder where exactly this guy has been hiding his wild authenticity. It turns out Grillo is an Italian American actor from New York City who is 50 years old (exclamation points!) and has been in everything. He’s Chris Evans–frightening good at fighting because he has some Brazilian jiu-jitsu training, and he looks like a soap opera actor because he was one, for three years, on Guiding Light. He was the fifth and final actor to play “Hart Jessup,” who died on the operating table after being accidentally shot by his wife, Dinah — played by Wendy Moniz, who later became Mrs. Grillo. His first TV show was Silk Stalkings; his most recent was The Gates, in which he starred as an ex-homicide cop who moves his family to a spooky gated community. But as of 12:49 p.m. Pacific Time on Thursday, April 3, Frank Grillo’s Wikipedia page still says he is “perhaps best known for his role as Nick Savrinn in Season One of Prison Break.” Perhaps.

The rest of his pre–Marvel Universe filmography is a little poem about typecasting, or a testament to the practicality of finding a need and filling it. His past roles include “Det. Grogan,” “Detective Terence Gillette,” “Det. J.C. Hunter,” “Detective Marty Russo,” “Officer Paul Jackson,” “Detective Henry Callaway,” “Pre-Crime Cop,” “Sgt. Quarry,” “Sarge,” “Agent One,” “Agent Stoltz,” and “Squadron Commanding Officer.” That last one was in Zero Dark Thirty, the greatest unshaven-dude-ensemble movie of our time except for The Grey. Frank Grillo was also in The Grey. (He played “Diaz.” He’s also been “Vince Carlucci,” “Rocco,” “Joe Romano,” “Eddie Carbone,” and “Bob Estevez.”)

He beat up Jason Statham in Homefront and taught Joel Edgerton cage-fighting in Warrior as Frank Campana, who says things like, “The cage is your home. You set the pace. You set the rhythm. Feel the Beethoven. Be smarter than him, more patient. Wait for him to make a mistake. And when he does, that’s your moment.” And this is Grillo’s. Later this year, he’ll investigate the murder of ghost hunters in Demonic, a thriller from-the-mind-of’d Saw’s James Wan. He’s also starring in The Purge: Anarchy, the most important Purge movie of 2014. And Brock Rumlow’s future significance in the Marvel Universe is Googleable. Whatever else is or isn’t going on in Captain America, it’s a chance to watch a longtime character actor finally feeling the Beethoven, and that’s always exciting.

Grillo! The cage is his home!

Did you miss the 'Silicon Valley' series premiere? HBO has put it on YouTube, where it's safe from another HBO Go meltdown.