Box Office by the Numbers: ‘Lucy’ Is Victorious Over ‘Hercules’ 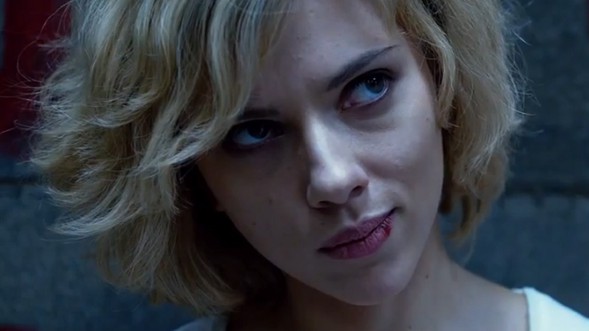 $44 million: Domestic box-office total for writer/director Luc Besson’s Lucy. If you’re looking explicitly at movies starring Scarlett Johansson rather than the three Marvel blockbusters where she’s featured, then yes, this is ScarJo’s biggest opener of all time. Ditto for Besson, whose previous best was $17 million for The Fifth Element 17 years ago. “Lucy’s opening weekend didn’t quite match similar movies like [2008’s] Wanted ($50.9 million) or [2012’s] Taken 2 ($49.5 million). The fact that it even came close, though, is a fairly remarkable feat for this moderately-budgeted original action movie,” Box Office Mojo writes, going on to note that Lucy opened stronger than 2012’s The Bourne Legacy ($38.1 million) and 2010’s Salt ($36 million).

$29 million: American take for Brett Ratner’s Dwayne Johnson’d take on Hercules, which played in 400 more theaters than Lucy. It’s far from the best opening for either Ratner (who’s done three Rush Hours and an X-Men movie) or Johnson (who’s done more franchises than can possibly be enumerated here). Even Johnson’s first film as a star, 2002’s The Scorpion King, opened at $36 million. Hercules earned nearly as much in international markets as it did in America, adding $28.7 million to its total.

$426,000: Total for Woody Allen’s Emma Stone/Colin Firth–starring Magic in the Moonlight, which played in 17 locations, averaging $25,058 per theater. Allen’s first opening since the Dylan Farrow scandal is his worst since 2008 thriller Cassandra’s Dream opened in 107 locations with a measly average of $3,382 per theater. Allen’s last four movies, which all opened in six theaters (except To Rome With Love, which opened in five), kicked off with the following averages:

While two of Allen’s top-five best-grossing films arrived in the last few years — Midnight in Paris is no. 1 with $57 million, Blue Jasmine is no. 5 with $38 million — it looks like Magic in the Moonlight may have a hard time taking off.

$1.1 million: Weekend total for Zach Braff’s second feature film as writer/director, Wish I Was Here. The movie jumped from 68 to 625 theaters but barely managed to double its opening weekend take. Box Office Mojo predicts that Wish I Was Here “will take in a fraction of Garden State’s $26.8 million.”

$4.55 million: Opening weekend total for And So It Goes, a rom-com starring Michael Douglas and Diane Keaton. That was enough to land the no. 8 spot for the weekend.

$2.7 million: Opener for A Most Wanted Man, a John le Carré adaptation starring Philip Seymour Hoffman. The film opened in 361 theaters and has a 90 percent fresh rating on Rotten Tomatoes.

$16.4 million: Domestic earnings for Dawn of the Planet of the Apes on its third weekend. After two weeks at the top, Dawn dropped to no. 3. Internationally, the latest addition to the Apes franchise passed the $350 million mark.

$6 million: Sex Tape’s domestic weekend total. That’s not great for a $40 million comedy on its second weekend, but the film’s worldwide total is $3 million shy of earning back its budget.

$966.35 million: International total for Transformers: Age of Extinction, which just became the first movie to earn $300 million in China.

4: Days remaining to place bets on Guardians of the Galaxy’s opening numbers.

Filed Under: box office by the numbers, Box office, Movies, lucy, hercules, wish I was here, Woody Allen, zach braff, magic in the moonlight, the purge: anarchy, planes: fire & rescue, dawn of the planet of the apes, maleficent, 22 jump street, how to train your dragon 2, sex tape, a most wanted man, and so it goes

Songs of the Week: Got Those '94 Weezer Blues All Over Again

Blockbuster Talk: Scarlett Johansson is All-Powerful, But ‘Lucy’ Still Has Some ’Splainin to Do