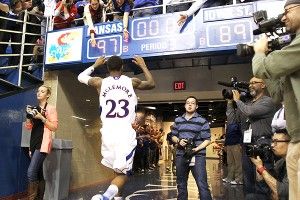 In Defense of the College Football Recruiting 'Hat Dance'