We Went There: Nate Robinson Opens a Chicken and Waffles Restaurant in Seattle 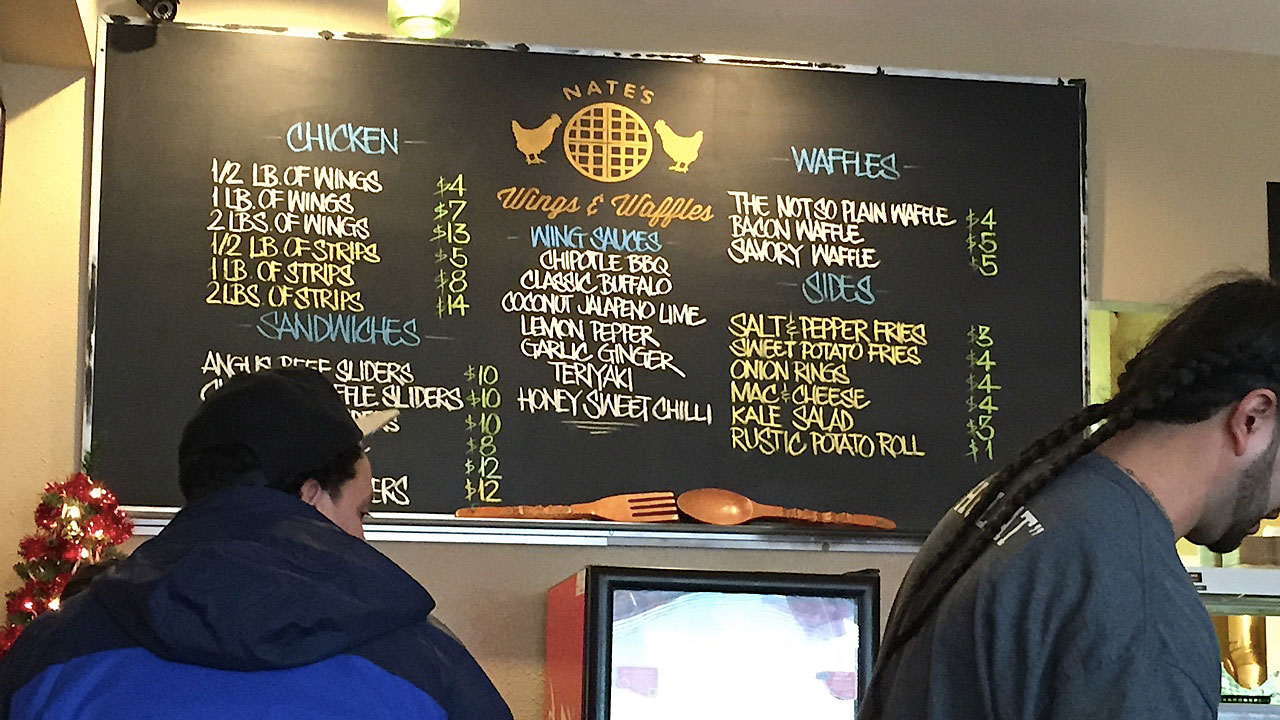 The newly opened Nate’s Wings and Waffles, a family-run restaurant in the south Seattle neighborhood of Rainier Beach, would only be moderately interesting if the titular Nate weren’t Nate Robinson. Except, well, OH MY GOD NATE ROBINSON JUST OPENED A CHICKEN AND WAFFLES RESTAURANT WITH HIS WHOLE FAMILY. Naturally, we had to investigate Nate’s first foray into the restaurant business. In short: It’s really good! However, a more thorough assessment requires us to judge each dish by its own merits. Since this is Nate Robinson’s restaurant we’re talking about here, a traditional four-star restaurant-review system just isn’t going to cut it. Instead, we’ll be rating each dish on the Official Nate Robinson Scale of Irrational Confidence. 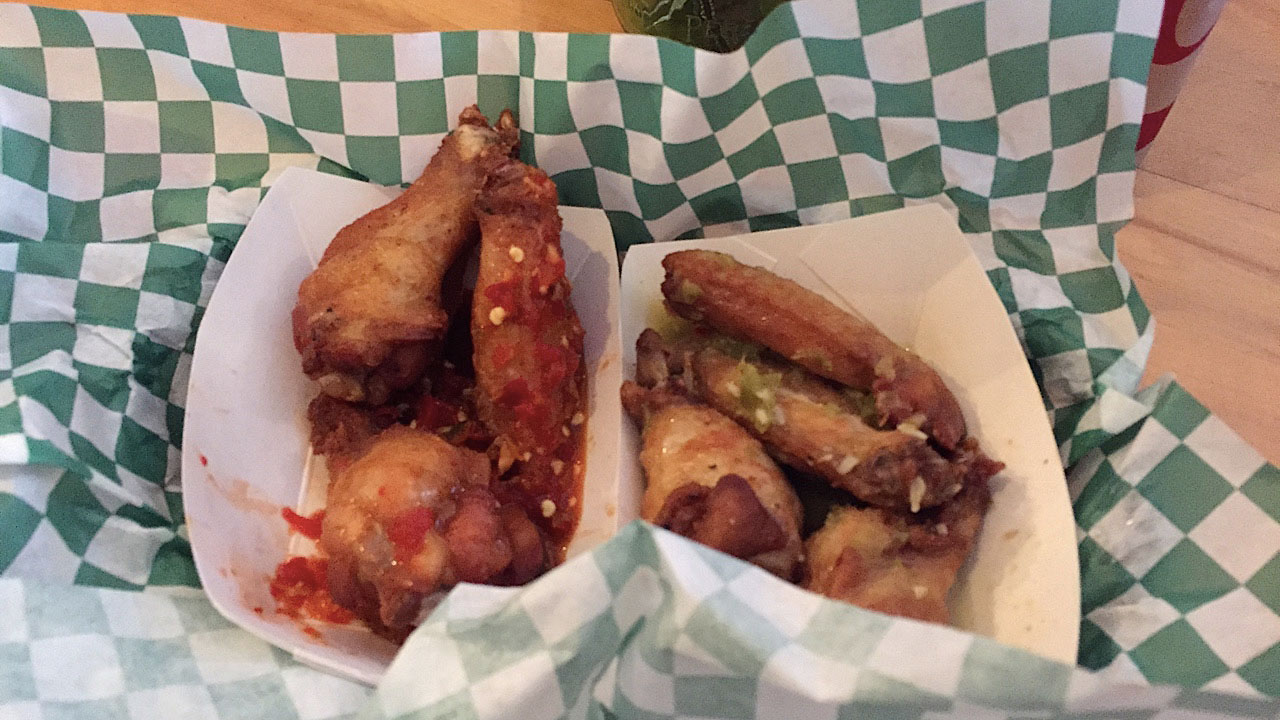 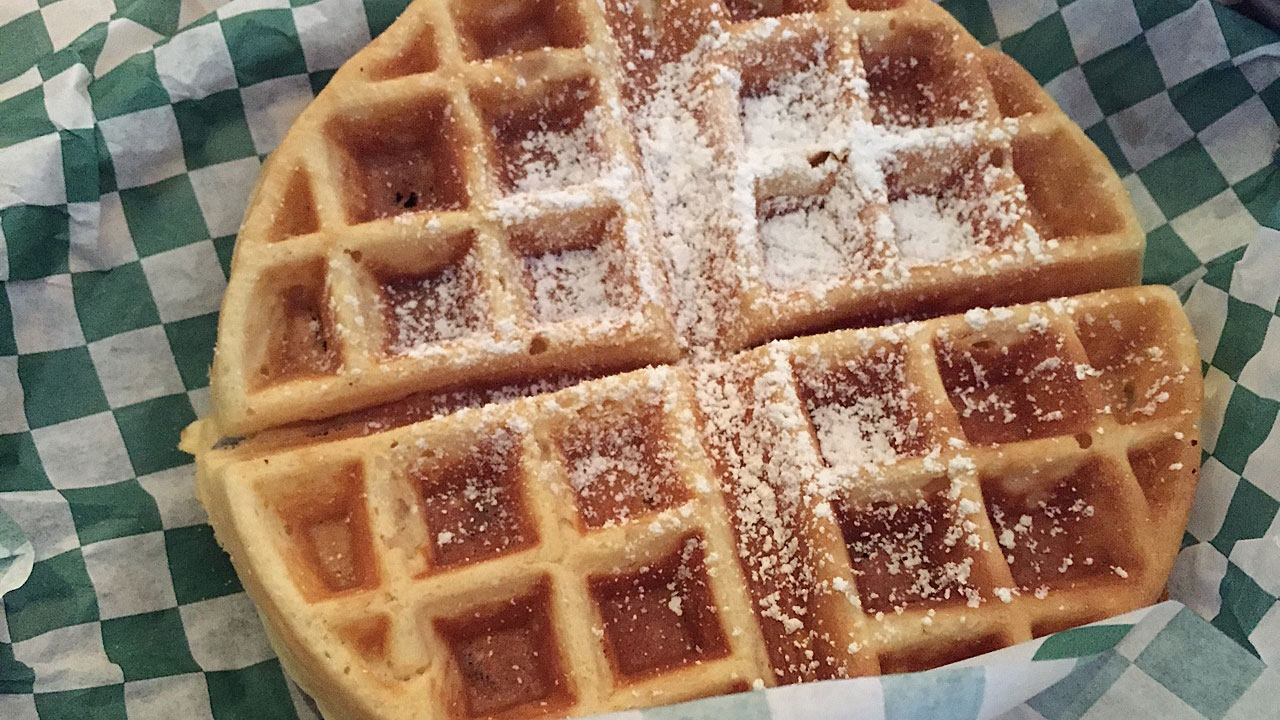 Let’s start with the wings and waffles from which the establishment derives its name.

The wings were relatively small, and while they were juicy, they weren’t properly sauced. The meat, therefore, didn’t get a chance to absorb enough buffalo flavor before hitting the table. Which is a shame, because the sauces themselves were excellent: The buffalo offered an unexpected hint of Thai chili, while the coconut jalapeño lime sauce tasted of coconut, jalapeño, and lime.

Considered by itself, the standard waffle was a good waffle, but since the wings are bone-in — and because I’m not Vince Wilfork — the waffle didn’t serve as an ideal base for the wings.

Nate Robinson Irrational Confidence Scale rating: Gerald Green pretending to blind himself while dunking over Nate Robinson, but actually pulling his arm away, so was it really that impressive? 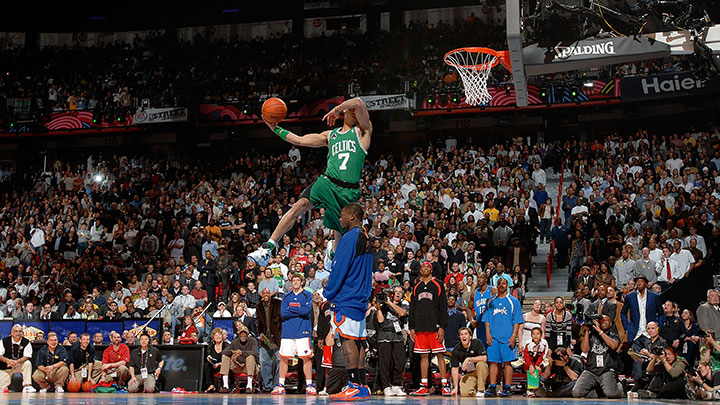 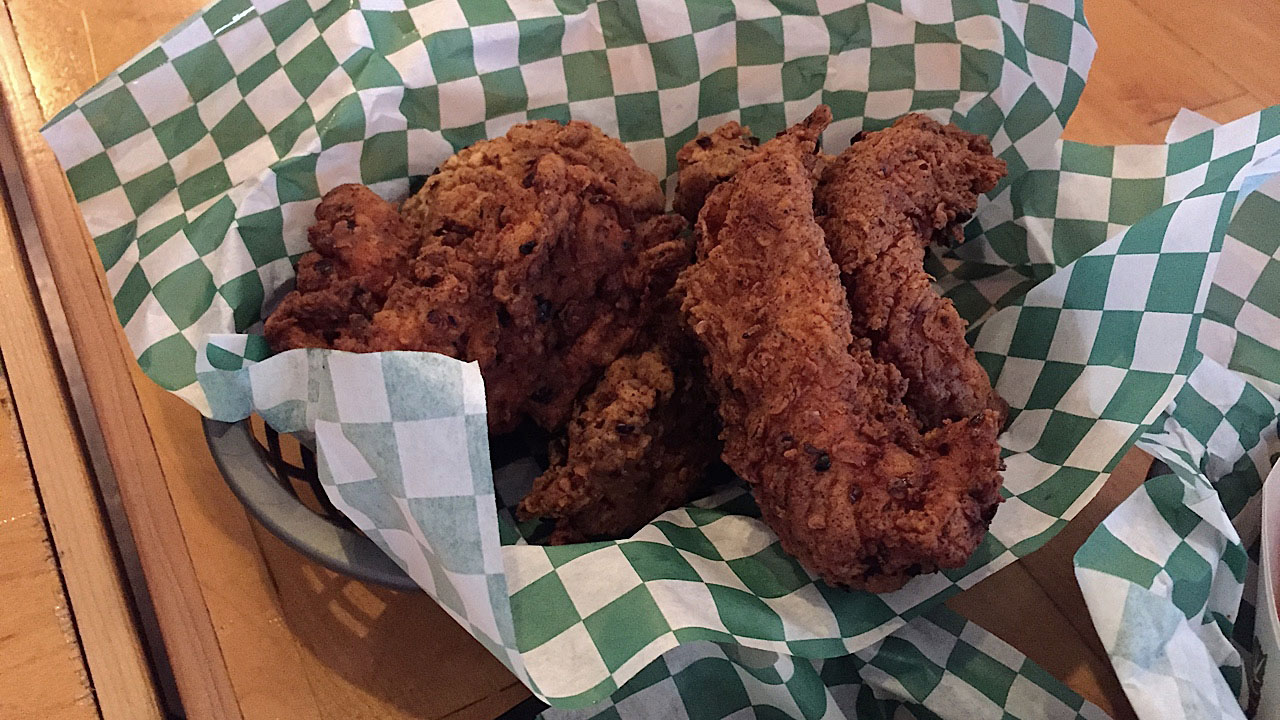 Ah, yes. The sad, boneless cousin to the wing. The meal for the loner who would rather eat his chicken with a knife and fork than get buffalo sauce all over his or her hands and face. I should probably note here that I am one of those loners, a true strip man at heart. And, well, these are really good strips.

Nate’s offers two batters, regular and spicy, and since the mere act of getting strips is itself a cop-out, I opted for the spicy. The star of this dish is the breading. The strips crisped up nicely, with enough pepper flavor to register but without the sort of overwhelming heat that destroys the palate for the rest of the meal. Was the meat a little dryer than that of the wings? Sure, but we’re talking about strips here, and by the standard of strips, these were very good. 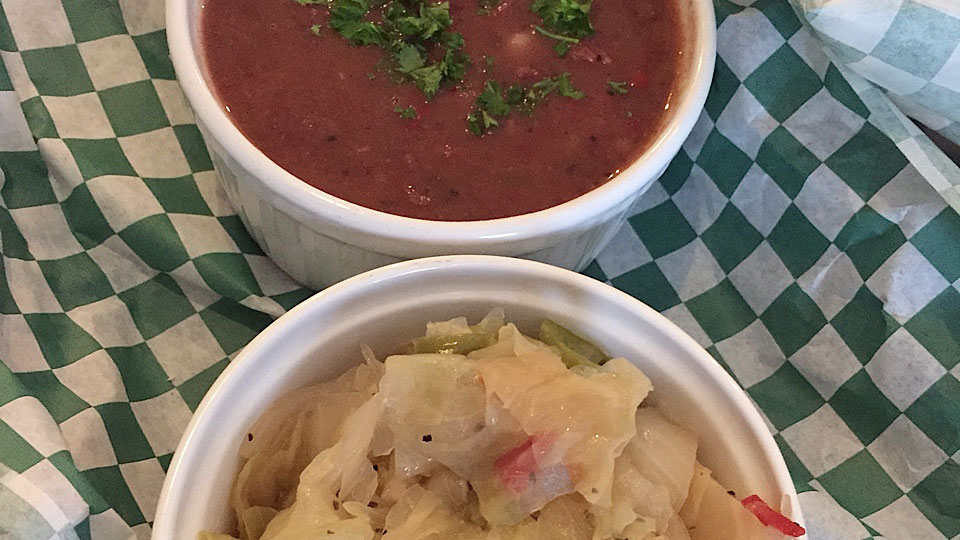 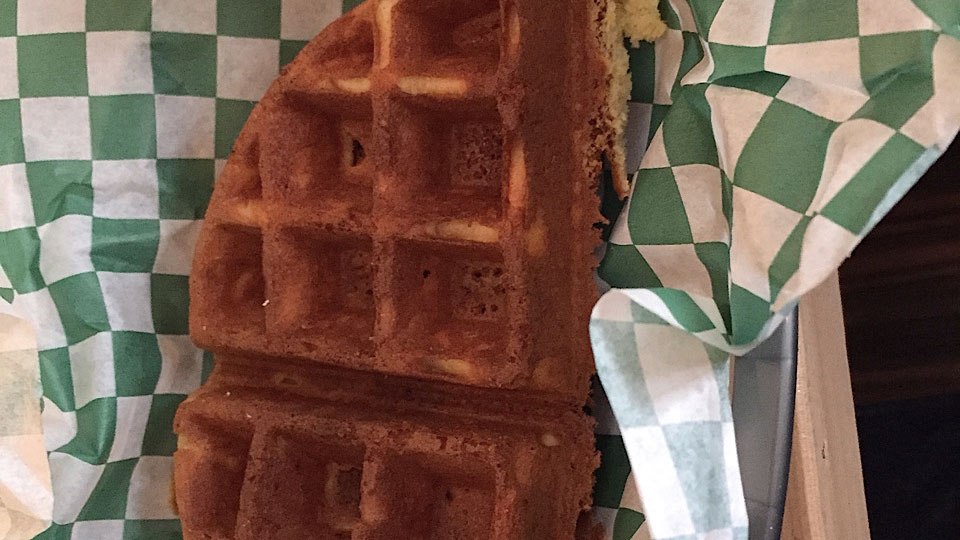 The red beans and cabbage special came with “Waffle Cornbread,” thus pushing this option into “must order” territory. Waffle Cornbread, it turns out, is cornbread made on a waffle iron, and of course it’s goddamn delicious. Waffle-ironing food is basically never the wrong choice. Serious Eats has a whole “Will It Waffle” section, and the answer is almost always “yes.” Any food that benefits from having extra crunchy end bits — i.e., cornbread — can be improved upon with a waffle iron.

The red beans and cabbage, though? Those stole my heart. This dish showed Nate’s Wings and Waffles to be so much more than just a novelty restaurant. It’s a genuine family joint. Nate’s grandma, who runs the front of the house, told me that Robinson’s first cousin, who was back in the kitchen, had insisted on putting these items on the menu. When what could so easily be a vanity project turns out to be something awesome and deeply personal? Nate, you surprised me. 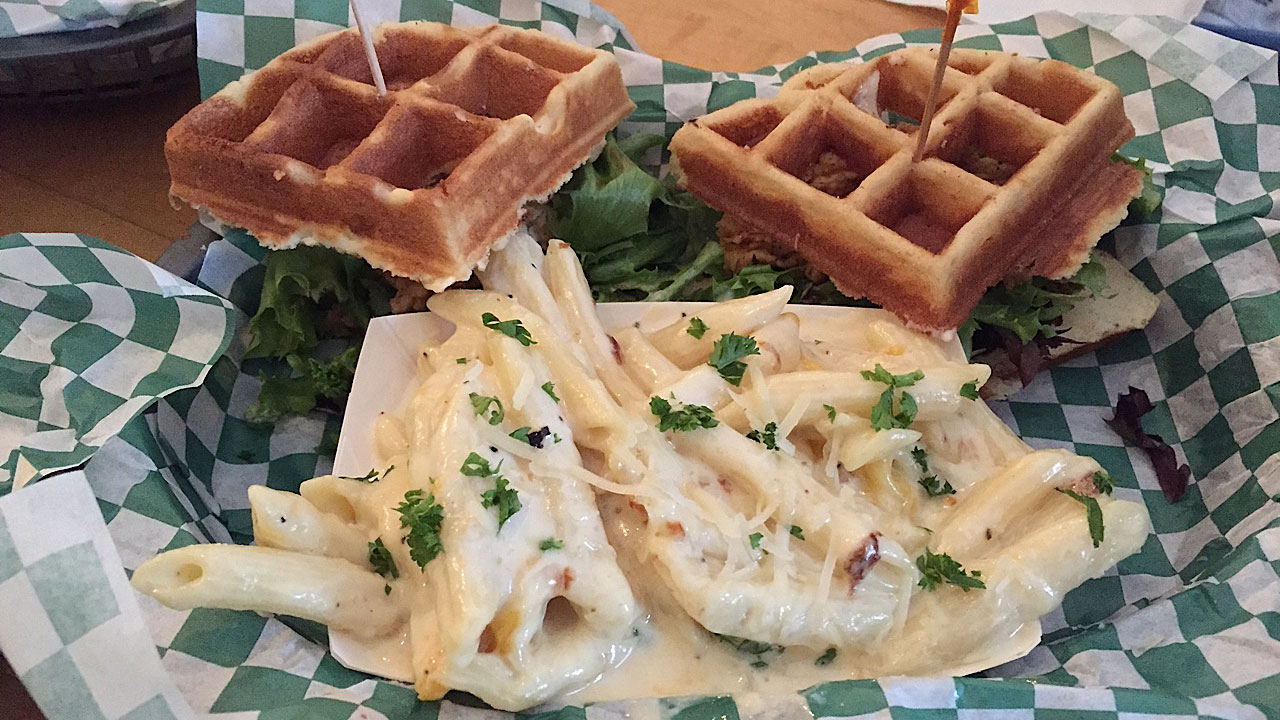 Chicken Waffle Sliders are pretty much the Guy Fieri catnip they sound like they’d be — but in all of the best ways. I mean: chicken strips served on waffle sandwiches cut into slider-size quarters. They’re also really, really tasty. The batter on the strips, as mentioned above, is perfectly crispy, and whatever lack of juiciness that may have stood out with the non-waffle-encased strips is no longer a problem between two fluffy waffles and just a little bit of maple syrup. The chicken waffle sliders are the Nate Robinson of Nate Robinson’s chicken and waffles restaurant.

(The sliders come with a free side, so casting aside decency and any sense of personal health, we got the Mac & Cheese. The mac was penne, and the cheese sauce was quite viscous, almost an Alfredo, but the combination was still deeply satisfying.)