Not Quite a Dynasty: Are the Seahawks the Next Yankees, Celtics, or Bayern Munich? 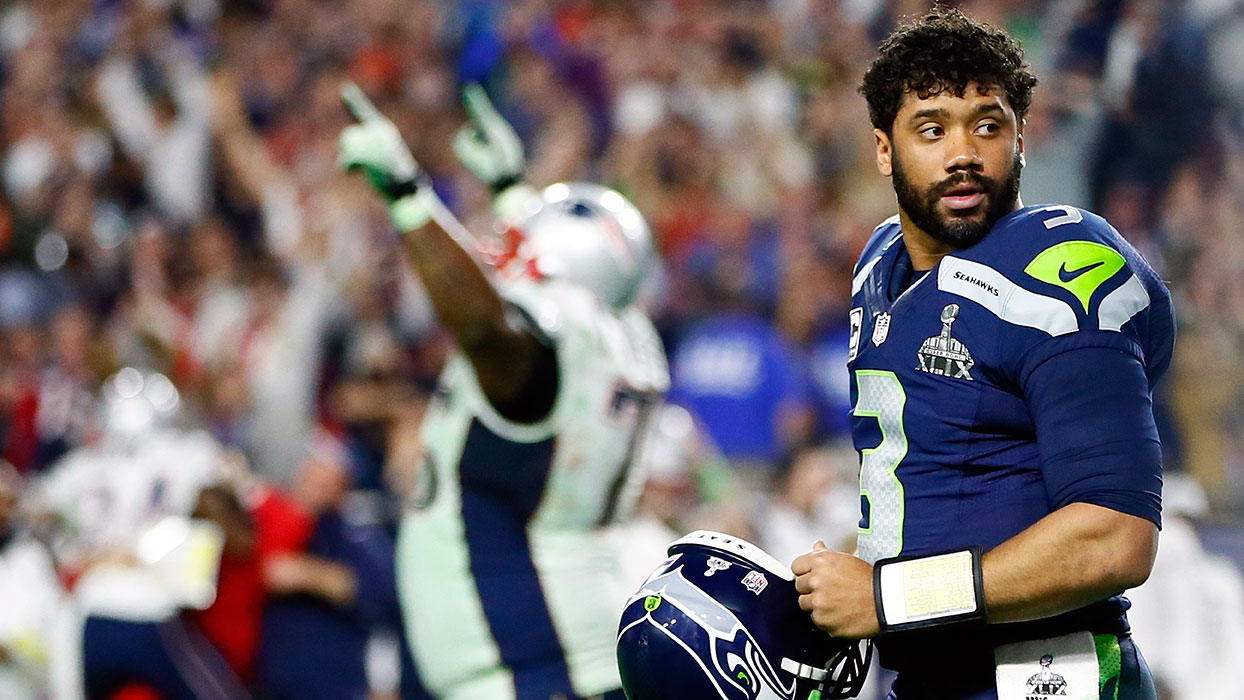 When Malcolm Butler jumped Ricardo Lockette’s route and intercepted Russell Wilson’s pass on Sunday, it seemed like something that’d never happened before. While this is true — Wilson had never thrown a game-losing interception from the 1-yard line in a Super Bowl, and Butler had never intercepted an NFL pass … ever — the larger story is something we’ve seen in the past. Beyond the specifics of the play itself, the Seahawks were one moment away from winning two championships in a row and reaching that oh-so-vaunted dynasty status. So, what happens when an expected title gets snatched away and replaced with a heartbreaking loss?

There are two relatively recent examples of an NFL team on the precipice of history — the 2001 Rams, seeking their second title in three years, and the 1997 Packers — but neither of those teams has much in common with the Seahawks, as both of those franchises lost or would soon lose their head coaches, ushering in the respective Gilded Ages of Mike Martz and Ray Rhodes. So instead of digging into NFL history, let’s look at three examples from other sports to see what happens when a great team suffers a crushing defeat. 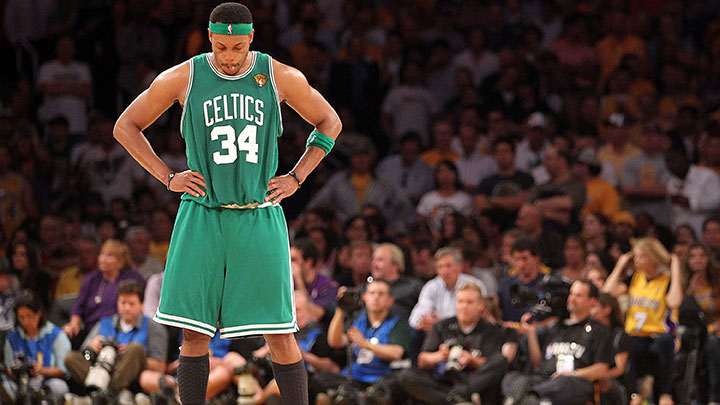 Two years removed from the team’s first title since 1986, the Celtics drew the Los Angeles Lakers in an NBA Finals rematch. The Celtics lost Game 6 after taking a 3-2 series lead, but they built up a 13-point lead in the second half of Game 7. The Lakers eventually ground them out as both teams went ice-cold from the floor, with the likes of Ron Artest and Derek Fisher stepping up in the wake of Kobe Bryant’s famous off night. Things stayed close until the end, with the Celtics pulling to within two with 16 seconds left before Sasha Vujacic of all people iced the game with two free throws.

What Happened Next? The core of the team — Paul Pierce, Kevin Garnett, Rajon Rondo, Ray Allen, and Doc Rivers — stayed together through two more division championships, only to get bumped out of the playoffs by LeBron James and the Miami Heat on both occasions. Allen then left for Miami, while Pierce, Garnett, and Rivers hung around for one more season before heading their separate ways. Rondo has since left, too, and the Celtics are deep in rebuilding mode.

Is This the Seahawks? The Celtics were already old in 2010, with three of their four main contributors well on the wrong side of 30. While Seattle is relatively young, football is a different sport. Legion of Boom members Kam Chancellor, Earl Thomas, and Richard Sherman all face offseason surgery, and Marshawn Lynch is headed toward 30 having logged a lot of miles playing the most punishing position in sports in the most punishing way. Getting old in the NFL happens far quicker than it does in the NBA.

If the Seahawks woke up in three years after a trio of hard-fought playoff losses with only Wilson left from the team’s core of irreplaceable players, would that really be shocking? While the organization’s previously excellent team-building would have had to falter, as far as worst-case scenarios go, this is a pretty good one. Still, given the promise of this Seahawks team and the amount of cost-controlled talent they’ve assembled, an outcome like this would be a letdown. 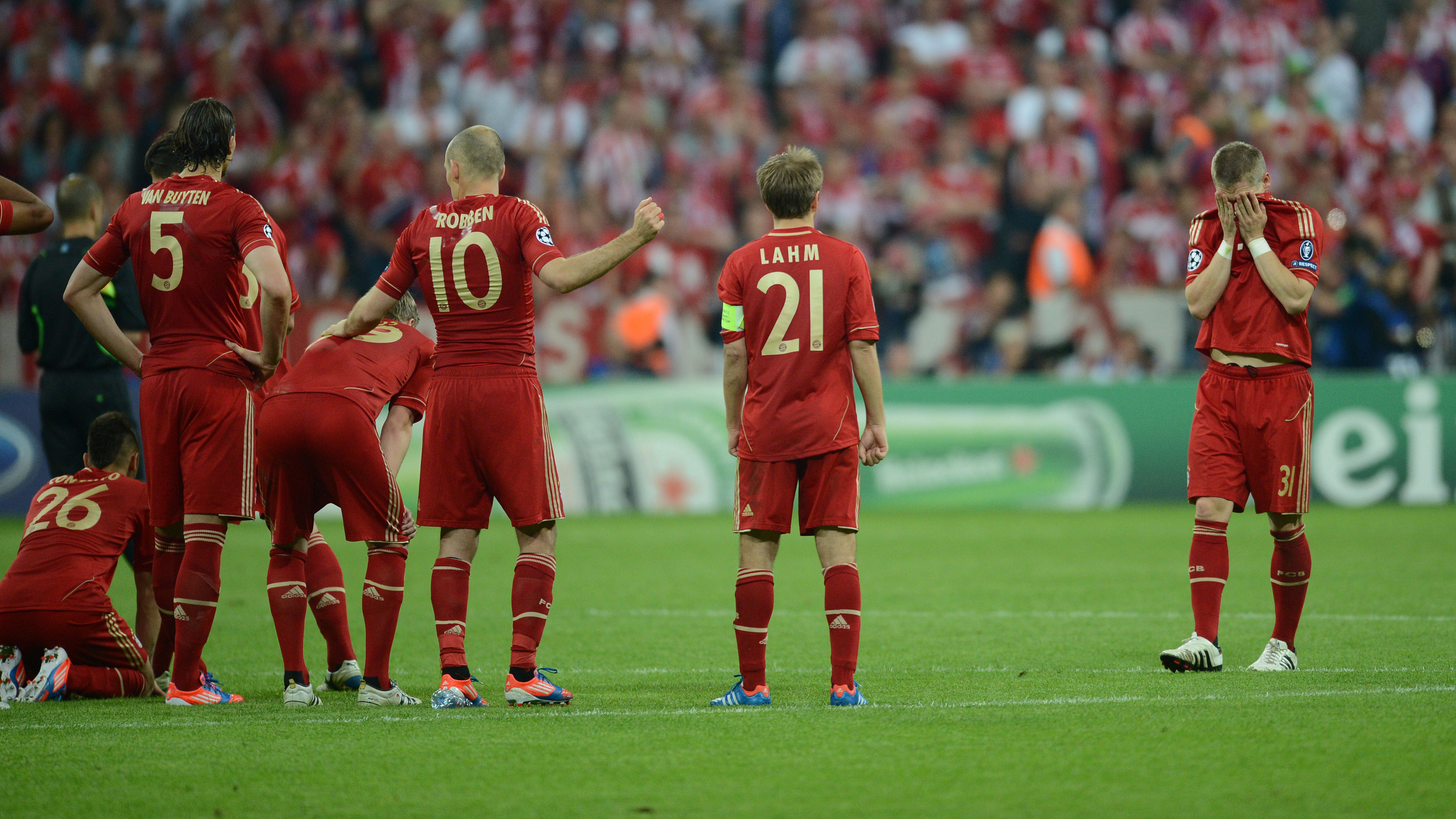 Bayern Munich came into the Champions League final with a chance to be crowned champions of Europe in front of their home fans against a less-than-great Chelsea side that ended up finishing sixth in the Premier League. Bayern dominated the game and, in the 82nd minute, Thomas Müller scored what should have been a winner — only for Chelsea’s Didier Drogba to head in an equalizer five minutes later. Bayern again should’ve won in extra time, but Arjen Robben weakly hit his penalty, which was saved by Petr Cech. Chelsea then won on penalties after Bastian Schweinsteiger shanked his attempt and Drogba converted the winner. For added heartbreak, the German national team fell apart against Italy in the semifinals of Euro 2012.

What Happened Next? It went pretty great! Still under manager Jupp Heynckes, Bayern won the league, the domestic cup, and the Champions League in 2012-13, completing their treble in London with a win over domestic rivals Borussia Dortmund. Then Bayern bought the best players off Dortmund and replaced the retiring Heynckes with former Barcelona manager Pep Guardiola, cementing a period of German dominance unlike anything we’ll ever see in the NFL. For good measure, almost all of the German players from that team won the 2014 World Cup.

Is This the Seahawks? Bayern suffered the full boomerang loss in the final as Seattle just did and then went on to win the next year. The big difference is that Bayern hadn’t already won a title1 and they can just buy all of their rivals’ best players, while the Seahawks have to work within the confines of the draft and salary cap to restock their weaknesses.

That said, the Seahawks managed to get back to the Super Bowl in a year when they had 18 players go on injured reserve and led the league in fewest opposing penalties — two factors one would expect to regress next season. It would not be shocking if they managed to throw together a complete, dominant season akin to the one they managed in 2013 and functionally establish themselves as a dynasty. Looking back at the history of the NFL, though, it would be even less shocking if that didn’t happen. 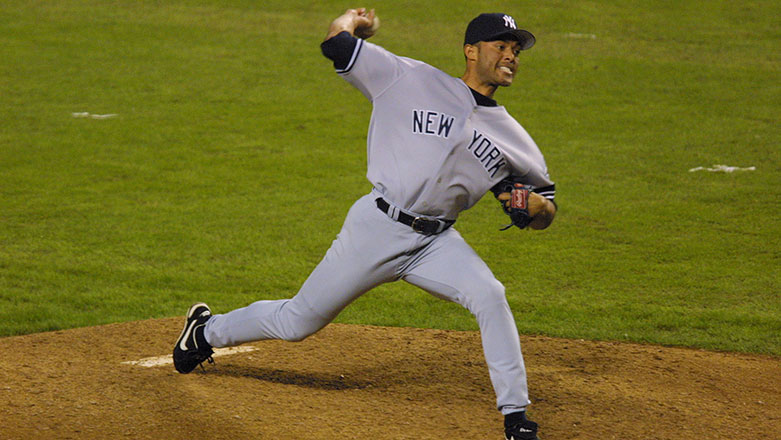 These Yankees were already a dynasty. They came into the 2001 World Series on the back of three consecutive World Series wins — during which they lost one World Series game total — and had just knocked out the 116-win Seattle Mariners. Now, the perfect baseball metaphor for what the Patriots did to the Seahawks is a team being down two in Game 7 of the World Series, loading the bases with no outs, getting one run in on a fielder’s choice that pushes the runners to second and third, only to then line into a double play on a diving catch from a third-string second baseman.

But the next closest thing would be Mariano Rivera costing you a World Series ring.

What Happened Next? The Yankees, of course, did not win another title until 2009, but they hardly faded away, making the playoffs every year in between, save for 2008. They lost a lot of pieces in the interim, cycling through star pitcher after star pitcher, before finally getting a superstar-caliber year from Alex Rodriguez to supplement solid late-career work from the core that had won multiple titles in the late ’90s.

Is This the Seahawks? Don’t get me wrong, this Yankees team is one of the most dominant squads we’ve seen in the history of sports. For as good as the Seahawks have been, making the divisional round of the playoffs in four of the past five seasons while posting the no. 1 regular-season defensive DVOA in three consecutive years just doesn’t compare to the late ’90s Yankees. Plus, New York’s payroll advantage over the rest of baseball during this period is unlike anything the Seahawks will have after they likely extend Wilson this offseason.

And yet, something about this analogy seems to fit. You have the core of homegrown stars and a suddenly weaker-looking slate of divisional opponents — à la the Rays, Jays, and Orioles — with the departures of Jim Harbaugh and Todd Bowles. Then throw in how uncomfortably Jeter-like Wilson is turning out to be, and this comparison doesn’t seem all that crazy. If you take it as a given that football teams turn over their talent more quickly than baseball teams, it makes even more sense. Couldn’t you see the Seahawks continually making the playoffs for the next half-decade before finally breaking through again with a small cadre of members of the current team? Something along the lines of what the Steelers managed in 2005 and 2008 — but without the coaching change, assuming Pete Carroll stays — seems like a trajectory this team could be on. Not quite a dynasty, but still a successful run.

Whether it’s a loss that portends a slow decline, a loss that immediately leads to even greater success, or a loss that’s followed up by continued relevance and another title some years later, all three examples suggest the Seahawks won’t just suddenly fall off the map. So while it seemed like just another typical post-loss bromide when Carroll said his team would be defined by how it responds to what was a soul-crushing defeat, with all the different futures in play for Seattle, well, he’s probably right.