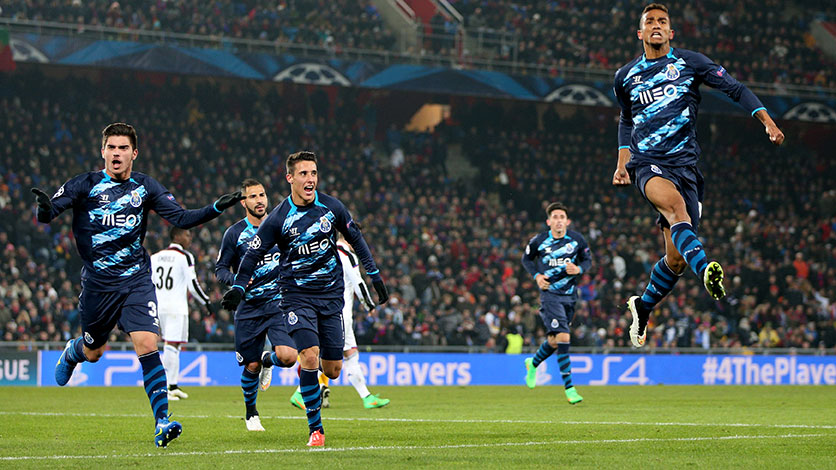 While you watched Cristiano Ronaldo get off the schneid1 as Real Madrid all but guaranteed themselves a Champions League quarterfinals berth with a 2-0 win over Schalke 04, you missed a scantily televised duel in which FC Porto managed a late goal to draw at FC Basel 1-1 in the first leg of their round-of-16 tie. Given Basel’s status as the least-renowned side remaining in the competition, this result does not seem to bode well for Porto’s chances of making a dark-horse run through the tournament. But could there still be a tasty European juggernaut hidden somewhere beneath the not-so-appetizing appearance of a listless road draw?

Porto entered the knockout rounds having blazed through the group stages unimpeded. They went undefeated in six games by a 16-4 margin, securing one of the top-eight spots for the round of 16. And just look at the stats from yesterday! Porto outshot Basel 15 to 1, hit the target on seven shots to one, outpossessed Basel 63 to 37, managed nine corner kicks to Basel’s none, and had a goal (probably correctly) ruled offside a full minute after it hit the back of the net. All of this suggests a sneakily dangerous squad in waiting.

But let’s look at those shot and possession stats again through the lens of the game state. One can easily attribute Porto’s numerical attacking advantages to them playing from behind for 70 minutes. Teams that are winning tend to sit back and vice versa. Sure, Porto are a stronger side than Basel, but they were not a dominant shot monster imposing their will on the boys from Switzerland. No, they were a side forced to take shots from less-than-dangerous areas. Their equalizer came on a fairly won penalty when Walter Samuel handled a low cross, but the chance itself would likely not have amounted to much were it not for Samuel’s mistake.

Additionally, their group stage numbers are inflated by the dominance they exhibited over Belarusian lightweights BATE Borisov. Porto ran up a 9-0 margin in those two matches, while their two most challenging encounters ended in a pair of draws against a nomadic Shakhtar Donetsk side that has sold off much of its top talent. 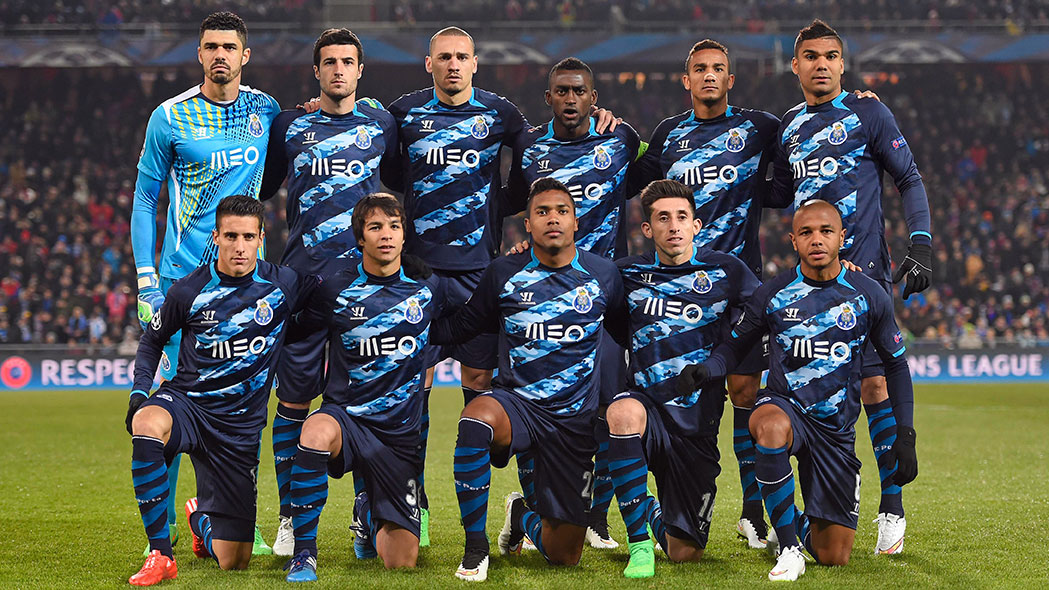 Porto’s roster makes sense if you don’t consider “contending in the Champions League” to be the team’s primary mission. They’re in the Portuguese title hunt and have a heap of young talent making up a good portion of the squad. In the broader context of Europe, much like the other top Portuguese teams, they function as a developmental hotbed. They currently deploy the likes of on-loan Spanish wunderkinder Óliver Torres and Cristian Tello, alongside very good South American prospects like Jackson Martínez, Juan Quintero, and Casemiro. The roster also functions as a landing spot for potential late-career reclamation projects, like Ricardo Quaresma. Their manager, Julen Lopetegui, ran the Spanish national youth program, and while he’s clearly talented at helping young players grow, his team deploys a watered-down version of Barcelona’s possession-driven style.

Just take the goal they conceded yesterday. It was an excellent ball in from Fabian Frei and a powerful run from Derlis González. Porto like to keep possession, but moving forward in the tournament — if they even do — they’ll only be facing teams better at holding the ball than they are, in addition to sides that are even more capable than Basel on the counter.

So, this Porto squad has a few things going for it, but the end result is an uninterestingly good team without a distinct style. As a smaller, less-talented club, to make a deep run through the knockout stages you need some luck, but you tend to also need a unique playing style that catches the big boys off guard and makes up for any gaps in individual ability.

In a relatively weak group, Porto can look like a Champions League contender, but this squad isn’t Bayer Leverkusen or Atlético Madrid — they don’t present anything to opponents that they haven’t seen before. Porto’s squad is the off-brand M&M pack of a Champions League side. They’re the sort of team that you bite into and say, “This doesn’t look great, but it tastes OK. Actually, no. I’ll have something else.”