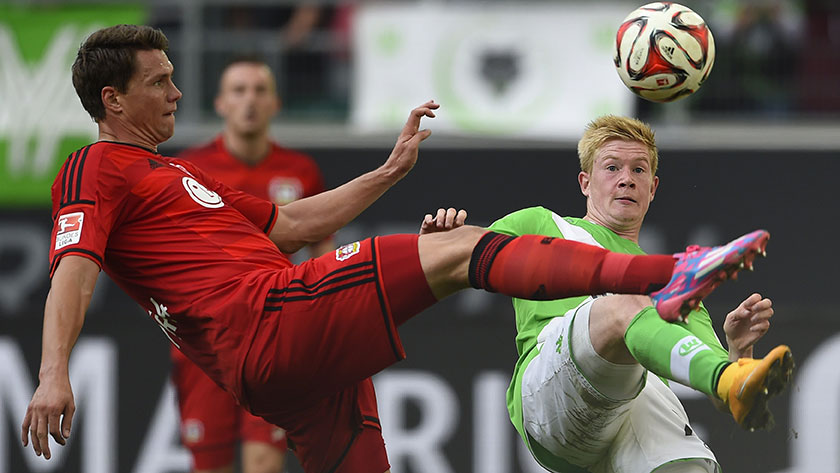 It’s been a long time since they’ve played a match — all exhibitions and no fun since four days before Christmas — so we forgive you if you’ve forgotten. But yes, they actually have a domestic soccer league in Germany. It’s called the Bundesliga, they play real, live games and everything, and it comes back today. But that’s underselling it: BUNDESLIGA IS BACK WITH A BANG.

Bayern Munich remains the unstoppable juggernaut of the league, while Borussia Dortmund, once everybody’s favorite darling, has become the league’s most compelling and puzzling disappointment. And although we often talk of the Bundesliga in terms of Bayern, Borussia, and everybody else, Wolfsburg and Bayer Leverkusen are two rising powers, looking well on their way to tearing up Germany’s two-team hegemony. The pair of upstarts are second and third in the table, respectively — and oh yeah, that bang we mentioned? It’s the sound of the legally purchased fireworks we just set off at the thought of this weekend’s games. Wolfsburg takes on Bayern in a battle of first versus second, while Leverkusen challenges Dortmund in what could be a passing-of-the-torch moment between two madman managers.

So, ahead of the upcoming fixtures, let’s take a look at how these two top-four challengers got to where they are.

A Wolf in Wolfsburg’s Clothing 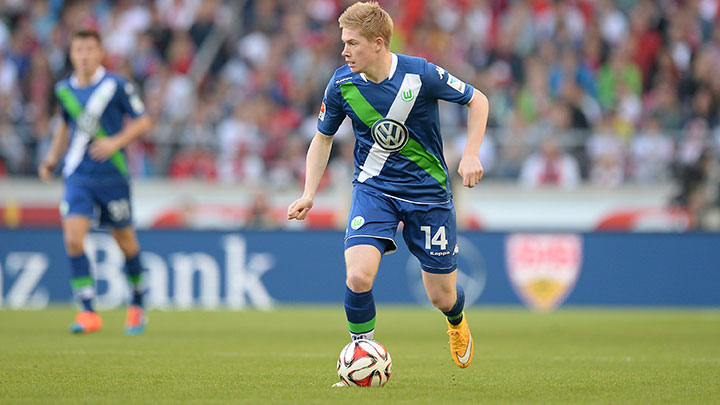 There’s a tremendous amount to like about Wolfsburg. They have one of the world’s best young left-backs in Ricardo Rodríguez; a veteran defender in Naldo, who is somehow tied for the team lead in goals with five;1 and a clubwide sense that this is finally the moment they cement themselves as a European power. Want some proof? They sold 35-year-old forward Ivica Olic to clear the way for Chelsea’s André Schürrle, who looks set to complete his move today for around €30 million.

But all of that really pales in comparison to one redheaded monster of a midfielder, Kevin De Bruyne. You might remember De Bruyne as part of the seemingly endless stream of young attacking players Chelsea’s bought and sold over the past few years.2 Or you might remember De Bruyne from that time he eviscerated the Unites States at the World Cup. Against the Americans, he scored a goal, notched an assist, and out of Belgium’s 39 total shots that painful day, he contributed to 16 of them with six shots of his own and 10 chances created.

That De Bruyne has become an absolute superstar this season isn’t exactly a huge shock, as he’s been morphing from highly touted prospect to burgeoning superstar for a few years now. This season he has 10 assists, while nobody else in the Bundesliga has more than six. He’s created 59 chances,3 while nobody else has more than 43. If you prefer your stats on a per 90 basis, his 0.57 assists bests everybody who has played over 1,000 minutes, as does his 3.35 chances created. And it’s not just because he takes the set pieces, either. He’s the league leader in assists per 90 from open play, and second in chances created per 90 from open play. (Some guy named Arjen Robben leads the latter category.)

Like many teams in Germany at the moment, Wolfsburg is very active and aggressive defensively. A team using its defense to initiate good attacking chances is nothing new, but it’s currently being perfected in the Bundesliga, and De Bruyne is also active and effective at pressuring the ball deep in opposing territory. As with most defensive actions, it’s hard to see that in the stats, but it’s not an accident that the two midfielders who play behind him, Josuha Guilavogui and Luiz Gustavo, are fifth and sixth in interceptions per 90 among their position.

As always, with players as exciting as De Bruyne, the numbers don’t really do him justice. So, instead, let’s take five minutes and watch him be awesome.

Does Not Compute. DOES. NOT. COMPUTE.

Wolfsburg’s season has been all about their budding new star, but for Leverkusen, it’s been all about their coach. Last year, they were pretty good — if kind of boring and traditional. The team advanced out of its group in the Champions League before getting absolutely throttled by Paris Saint-Germain, and also finished fourth in the Bundesliga to qualify for the tournament again this season, narrowly edging out Wolfsburg by a point. But there was a pervasive feeling that the club succeeded despite its manager Sami Hyypia — and so, as the season closed, the former Liverpool player was sent packing and replaced by Roger Schmidt from Red Bull Salzburg. Was it the right decision? Hyypia lost his job with English second-division side Brighton & Hove Albion less than halfway through this season, while Leverkusen sits in third place and advanced to the Champions League knockout stages without him. Schmidt tactical philosophy can be summed up in less than one word: !!!!!!!!

If Jurgen Klopp repopularized gegenpressing with Borussia Dortmund, then Schmidt supercharged it with Salzburg and now Leverkusen. 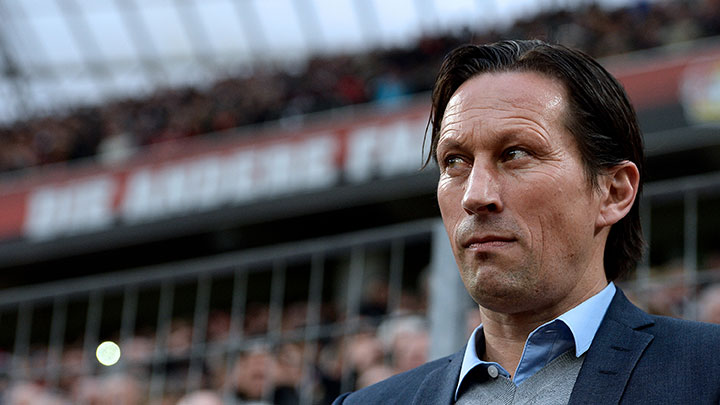 Brief terminology break: Gegenpressing is German for “counter-pressing.” This just means that immediately upon losing the ball, a team’s first action should be to try to win it back, as opposed to falling back and taking up set defensive positions. That’s different from standard pressing, in which a team will first take up a defensive shape and then wait for a set point — say, a pass played toward the sidelines — until they spring into action. In other words, gegenpressing is a full-court press. Traditional pressing is more of a half-court trap.

As you might expect, Leverkusen play at an absolutely breakneck pace. Everything they do is done with the purpose of getting the ball forward and shooting it as fast as possible. If they lose it? No big deal — they’ll just go tackle you and get it right back, or foul you while trying. Leverkusen have taken the second most shots in the league, behind only Bayern Munich, but they’ve also committed the second most fouls.

When it comes to passing the ball successfully, Leverkusen have obliterated the statistical mold. Schmidt’s side sports the second-lowest pass-completion percentage in the league at 67.9 percent. Usually, low pass-completion rates come as a result of a whole lot of long balls, which makes sense. Long passes are harder to complete than short ones, after all. But Leverkusen are only average in that department, as 18 percent of their passes are long balls, which is 11th in the league. In fact, Leverkusen’s average pass distance is only 18.7 yards, shorter than any club not named Bayern Munich.

How can a team be so effective when it’s so bad at completing short passes? Well, Leverkusen’s low pass-completion numbers come down to the extreme speed and directness with which they try to combine through the middle of the field. They simply aren’t interested in slowing down or keeping the ball.4 The ball just goes relentlessly forward no matter what the circumstances, and the players go streaming with it. There are moments both in attack and defense where Leverkusen looks like a highly organized, highly athletic group of 6-year-olds, as they send waves of players chasing after the ball, no matter where it is on the field. Sometimes this works well, sometimes they get drastically exposed, and sometimes both things happen multiple times in the same game.

In a league that’s been dominated by two other teams for the past few seasons, Wolfsburg and Leverkusen, no matter where they sit in the standings, deserve more attention of their own. Both teams are tremendously fun and entertaining to watch, and both deserve more notoriety for their accomplishments so far this season — especially considering how they’ve been achieved. One squad has a ginger assassin and the other is a relentless swarm of intentionally created chaos. I mean, what more could you possibly want?