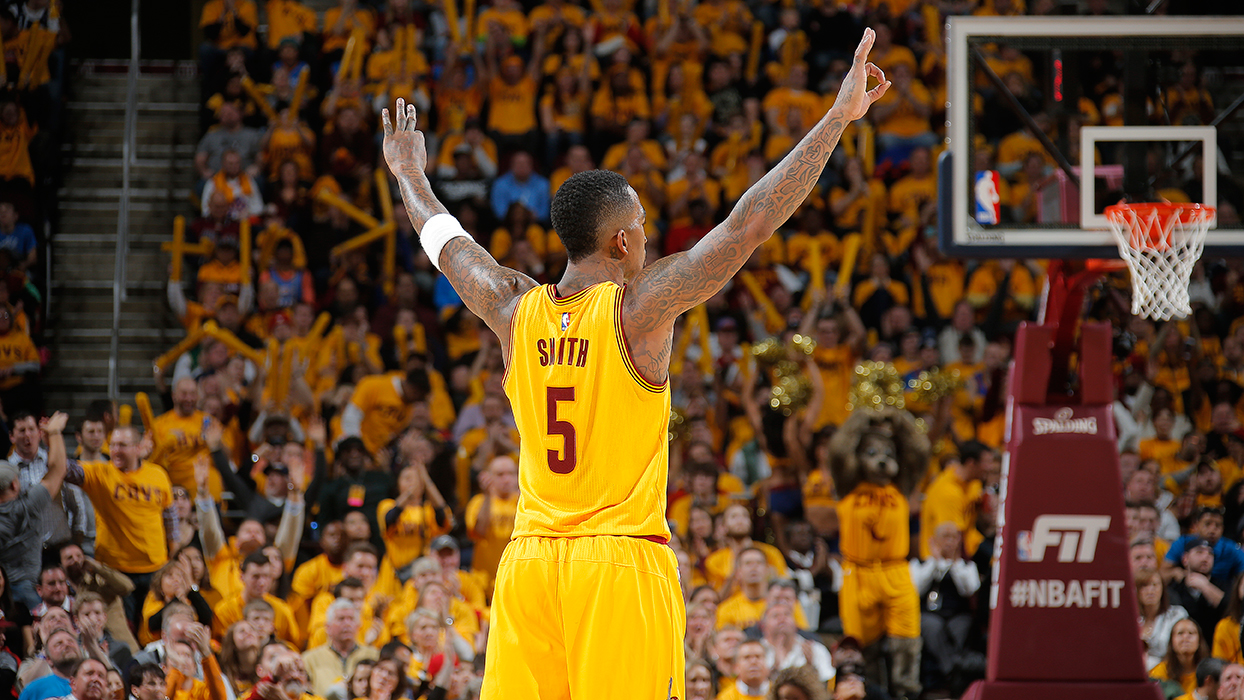 When J.R. Smith was traded from the Knicks to the Cavaliers, the narrative was that basketball’s most enthusiastic party animal had been farmed out to a bleak heartland gulag. In basketball circles, Cleveland is regarded as a wolf-roamed dystopia where Carmelo Anthony doesn’t even bother leaving his hotel. J.R. was entering basketball’s Scared Straight program.

Earlier this week, Smith validated several years of criticism from stodgy dweebs by theorizing that New York’s nightlife had indeed detracted from his game. “I think this is the best situation for me,” he mused in an interview with the NBA’s David Aldridge. “There’s nothing, there’s no going out, there’s no late nights. There’s video games, basketball and basketball.” Yes, endless evenings of Mario Kart: Super Circuit sound much better than kicking it with Rihanna and cruising the meatpacking district in a Gurkha F5 military vehicle that resembles a giant metal armadillo. At any rate, the revelation had to make the Knicks’ brass wonder if stashing J.R. in an isolation tank in the bowels of Madison Square Garden might have pumped up his (negative) trade value.

For those contemplating relocation to Cuyahoga County in search of professional focus, keep this in mind: At least in Smith’s case, the benefit of boredom appears to be overstated. In both New York and Cleveland, he’s averaged a virtually identical 15.2 points and 3.4 rebounds per 36 minutes. The major difference is that he’s chucking way more 3-pointers — they’ve surged from 36 percent of his shots as a Knick to 63 percent as a Cav. But improved shot selection is the product of a less prehistoric offensive system, not abstention from guzzling Moët atop a banquette at the Griffin.

If Smith’s performance on the hardwood is unrelated to his nocturnal missions, then the hermit routine is tragic. Spending every night with Mikan drills and Sega Dreamcast is letting the puritanical, prohibitionist, finger-wagging lames win. Right now, he’s a fragrant rose being suffocated behind glass. But according to local experts, he has options! “We are thrilled that J.R. Smith is in Cleveland and that the Cavs are doing well,” said David Gilbert, president and CEO of Destination Cleveland, a tourism organization. “There are, however, 16.2 million annual visitors that may disagree with him that there is nothing to do here.” With those words in mind, we found some activities that J.R. might enjoy (although we weren’t dedicated enough to actually travel there). 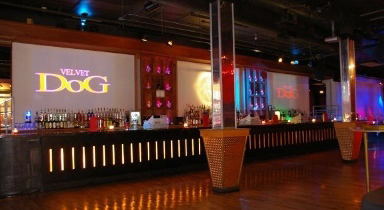 Much like a tiger is most comfortable padding through deciduous forests and mangroves, J.R.’s natural habitat is the strobe-illuminated discotheque. The Velvet Dog, which sounds like the name of Air Bud’s cheerleading choreographer, is one of the city’s more sizable destinations for revelers in boot-cut denim and ladies’ night tiaras. There’s a roof deck overlooking the majestic metropolis of the Western Reserve, where J.R. could squint out at his new fiefdom below. On Yelp, Anthony M. of Brooklyn praised the club as “Cheaper than NYC.” Another guest, a local named Rachael N., ordered drinks called the Purple Viper and the Comet Cool-Aid. “Both tasted like Robitussin,” she raved. Note: The number on the Velvet Dog’s website has been temporarily disconnected.

Despite the name, there is no caste system at this grisly West Park dive — but perhaps the entire establishment is so chock-full of luminaries and “It” girls that its V.I.P moniker still rings true. “They’re lushes here,” said Lisa, the bar manager. “There are a bunch of Irish, and they like to drink. They come in and wobble out.” She had never heard of J.R. Smith, but predicted the clubland legend might be happier guzzling $1.75 Budweisers elsewhere. “To be honest, it’s not that kind of place,” she said, when told of his reputation.

The Cleveland scene seems strangely velvet-themed, an indulgent civic fabric for a blue-collar town. This spot offers classic cocktails and decor that mimics your Great-Aunt Mildred’s conservatory. Esquire declared VTR one of America’s best bars in 2012, but some natives feel the prices are treasonous to an Ohioan sense of frugality. “We just paid $18 for subpar eggnog,” seethed Maria S. in her one-star Yelp review. For J.R., however, exorbitant bills for intoxicants are not a deterrent, but an opportunity to splurge. Besides, $20 for a well-mixed Negroni is chump change compared with $1,000 for a three-liter jeroboam of Cristal Brut at Lavo. 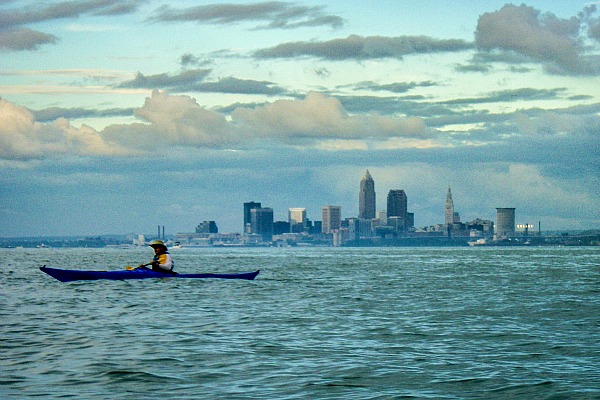 The offices of Great Lakes Watersports are closed for the winter, but J.R. might enjoy paddling around the Cuyahoga River with Iman Shumpert. They could reminisce about when they lived in New York.

A regular at New York Fashion Week runway shows for lines like Hood by Air and Public School, J.R. could quickly replace Drew Carey as Cleveland’s local style icon of choice. Cleveland Fashion Week runs from March 13 to 21, which largely overlaps with a Cavaliers road trip — but he could FROW between home dates against Brooklyn and Indiana. Since Smith showers before games because his future wife might be in the stands, the “Tacos & Tequilas” event at Barrio Tequileria offers an opportunity to mingle with local singletons. Anderson Varejao seems like an ideal wingman here: jovial, unselfish, blessed with bountiful Brazilian hair. 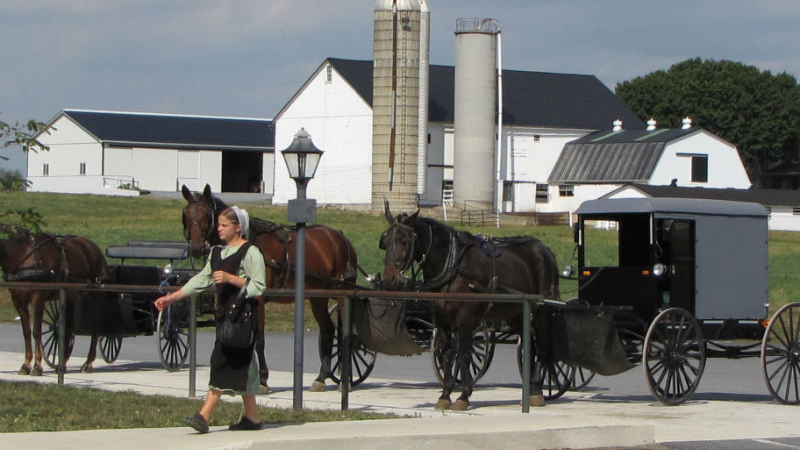 If J.R. is serious about maintaining his monklike lifestyle, he needs to wean himself off the carnal temptations available on social media. Instead of distributing favs, likes, and pipe, via DM, he could escape on a scenic day trip to Amish country, where bearded farmers who look like Mark Eaton furrow the fields, and aproned women sling peanut butter pies. “I think he’d find the peace and quiet comforting,” said Dee Grossman of the Tuscarawas County Convention & Visitors Bureau. “There’s a lot to be said for listening to the clip-clop of the horse on the street and the chimes of the world’s largest cuckoo clock. It makes you focus on what’s real. Video games are not real.” Dee Grossman’s NBA 2K15 rating was not immediately available.

Hanging Out With the Bone Thugs

It’s unclear which members of Bone Thugs-N-Harmony still reside in their hometown, but the law of averages says a few of them must be lurking around. Flesh-n-Bone, maybe? There’s gotta be a Mo Thug or two in the mix, down to recite some Family Scriptures. It seemed possible that Powder P, the white Mo Thug, could now be found brewing craft beers and wearing Gatorz locally, but he’s in Tennessee, recounting the saga of his rise and fall to friends with terrible camera-phone sensibilities. We know Uncle Charles isn’t around.