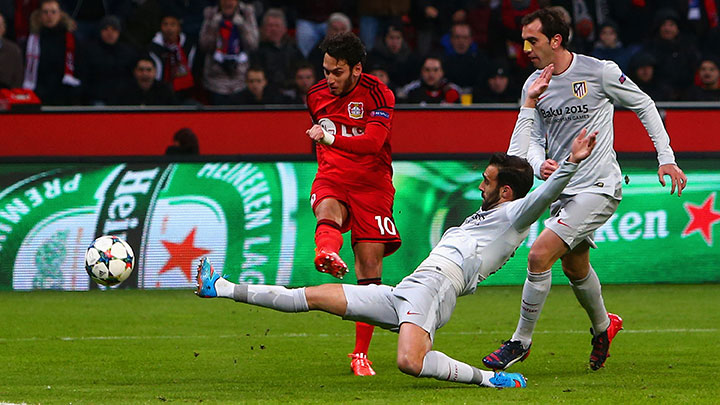 While Arsenal was off doing typically tragic Arsenal things at home to Dimitar Berbatov and an opportunistic Monaco side, a fascinating tactical battle was taking place in Germany at the BayArena. Two über-aggressive pressing sides rammed heads and locked horns for 90 minutes — only for the game to be decided by a subtle moment of brilliance and a sudden thunderbolt.

Both Diego Simeone of Atlético and Roger Schmidt of Leverkusen run highly disciplined pressing sides filled with heaps of exciting talent and Fernando Torres. What makes their matchup so interesting, though, is how differently they use similar tactical concepts.

Everything Leverkusen does defensively is part of a constant pursuit of reacquiring possession. As soon as Schmidt’s side turns the ball over, they throw bodies at the opposition, harrying players as deep as the opposite goal line. The thinking here is that if you win the ball back right when the other team is starting to transition into their attack, you’ll be able to take advantage of a suddenly exposed and unorganized defensive structure. Leverkusen’s goals often come as a counter to a counter; when their opponent begins to break, they then break up the break and catch the whole side out of position. It’s a risky strategy, and Leverkusen have conceded goals at a high rate this year, as any missed tackle can leave their center back pairing exposed, but when it works, it’s stunning. 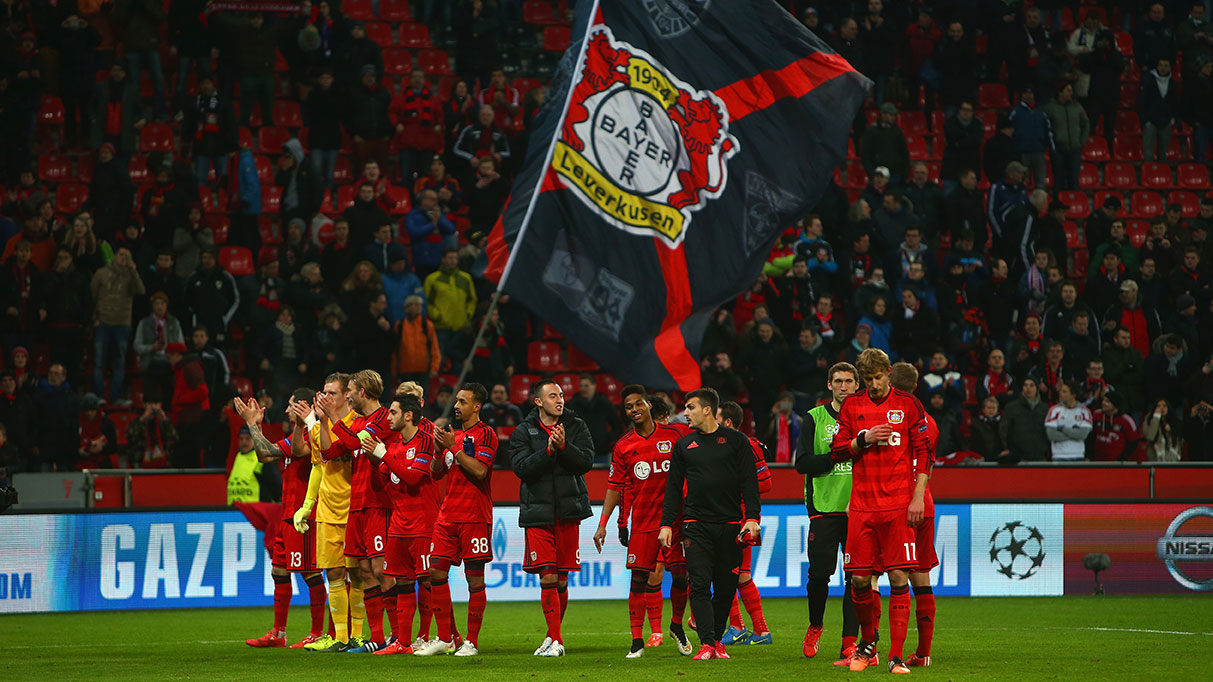 Atlético uses a more traditional gegenpress, designed to create counterattacks. What makes Simeone’s system noteworthy is the discipline it requires. Whereas Leverkusen presses with reckless abandon, Atlético’s press is more delicate, waiting to activate until the opponent brings the ball across midfield. Simeone’s midfielders press in concert with his fullbacks in attempt to force play to the outside while maintaining a personnel advantage in the center of the pitch. This asks a lot of Atlético’s center backs, but Simeone’s system is designed to make that work straightforward: dominate in the air, break up crosses, and distribute the ball back to the wings to start counterattacks.

The patience of Atlético’s press was their downfall in this match. Leverkusen pressed so much deeper into the Atlético half, often turning the ball over before Simeone’s side could even cross midfield. This often left the notoriously well-organized Atlético backline in disarray, which resulted, just as Schmidt would’ve hoped, in a number of good looks for the Germans. That said, even if Leverkusen did unlock Atlético to a degree, last year’s Champions League runners-up still managed to go 40/40 on clearances and won the (albeit minimal) aerial duel battle 2-1. They played a more harried version of their game — Leverkusen almost forces that on you — but they still played their game. And after making a pair of injury-induced substitutions, Atlético’s press creeped forward a little bit, and chances for both sides opened up accordingly.

In fact, were it not for a heroic run of goalkeeping from Leverkusen’s Bernd Leno and a borderline out-of-bounds call preceding what would have been a Torres equalizer, the result of this match might’ve went another way. That said, Tiago’s second yellow card in the 75th minute also led to Leverkusen creating a few late chances that could have all but sealed the tie.

Instead, the match ended 1-0, and Leverkusen’s goal came as a result of both their tactics and the talent at Schmidt’s disposal.

You can see the Atlético defense in disarray as Leverkusen break. That said, the center backs recover and force Karim Bellarabi, who had a magnificent match, away from goal without a shooting angle. Instead of rushing the play, Bellarabi waits, and then rolls a no-look pass to burgeoning Turkish star Hakan Calhanoglu, who takes a clever first touch to get the ball onto his right foot and then drills a shot from an incredibly narrow angle into the roof of the net.

The goal ultimately came as a result of Leverkusen’s pressing, but Simeone’s tactics didn’t fail his side here. Leverkusen got the turnover and broke before Atlético’s wide defenders were in place. However, their central defense recovered and allowed only a shot from a ridiculous angle after an equally ridiculous pass. They denied the space closer to the goal for Bellarabi and also cut off the passing lane to striker Josip Drmic, who made a run onto the far post.

Sometimes, when a game involves players as talented as Bellarabi and Calhanoglu, the right tactics still aren’t enough.