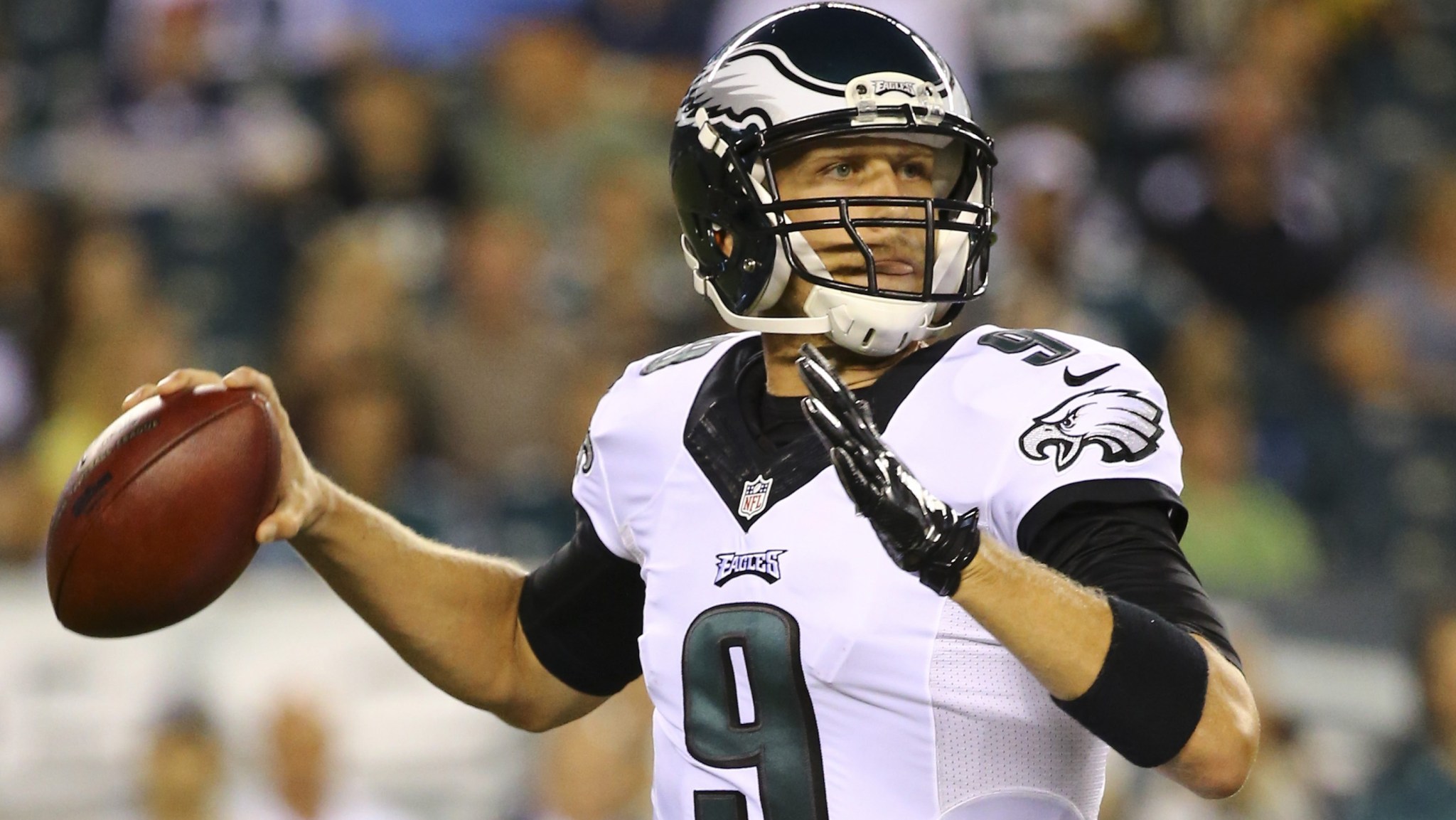 In case you were busy refusing to apologize for being a distraction, here are the top six stories you missed in sports on Thursday:

In the battle for the Keystone State:

Nick Foles was in command for the Philadelphia Eagles, whose first team looked dominant in a 31-21 win over the Pittsburgh Steelers. By tradition, the win grants the Eagles dominion over the contested portion of Pennsylvania stretching from Altoona to Allentown. While in the past this dominion was more honorary than anything else, innovative Eagles head coach Chip Kelly has once again turned tradition on its head, instituting severe wheat and tea tariffs that apply to his team’s new subjects. How he plans to enforce those tariffs remains a mystery, but Kelly has made a career out of proving the doubters wrong, so I would expect nothing less than total compliance through a combination of force and coercion.

In one is the loneliest number except for zero:

David Price’s one-hitter against his former team proved to be insufficient as the Tampa Bay Rays managed a narrow 1-0 win over the Detroit Tigers. Price, of course, came over from the Rays last month in a three-team deal that saw Drew Smyly go to Tampa from Detroit, Austin Jackson go to Seattle from Detroit, Price go to Detroit from Tampa, and the Mariners’ penchant for having their starters lose games 1-0 despite being dominant go to Detroit as the penchant to be named later.

Despite going 0-for-13 with runners in scoring position, the Washington Nationals won their 10th consecutive game, using a late “error” to secure a 1-0 walk-off win against the Arizona Diamondbacks. I’m putting “error” in scare quotes because this Diamondbacks loss is the most egregious example of the MLB draft tactic “Play like a spaz for Daz” that we’ve seen yet. PLASFD is, of course, the act of throwing games in an effort to be able to draft top prospect Daz Cameron, son of former MLB outfielder Mike Cameron. This item is, of course, an example of BUPLASFDSATRPTMCSITTMLBDP, or bringing up “Play like a spaz for Daz,” so as to remind people that Mike Cameron’s son is the top MLB draft prospect.

In the travel plans of soccer players:

U.S. men’s national team goalkeeper Tim Howard has decided to take a one-year break from international play so he can spend more time with his family. “But he said we were like family,” said reserve goalkeeper Brad Guzan, who was fighting back tears upon hearing the news. “What else was a lie, Tim? What else was a lie?”

Italian striker Mario Balotelli is strongly rumored to be on his way to Liverpool after the Premier League runner-up agreed to a €20 million deal with AC Milan. The deal reportedly will be completed as soon as Balotelli can find a courier with the capacity to bring four Lamborghinis, a half-dozen tigers, four reindeer, the original second “O” from the Hollywood sign, three full-size mannequins of Zlatan Ibrahimovic, a teaspoon of matter from a neutron star, an igloo made out of smaller igloos, and a jar marked “The One Special Soul” from Italy to England.

In bad days at the office:

Rory McIlroy fired a disappointing 3-over 74 to fall nine strokes off the lead in the first round of The Barclays. “This round was officially a protest!” declared a furious McIlroy as he signed his card. “You know what else is way off the lead? The financial regulators who allowed crimes perpetrated by Barclays and all the other major financial institutions to go unpunished. Every drive I hit into the water was an ode to the countless people underwater on variable-rate mortgages. Every putt that lipped out was another example of the lip service the banks are paying to the people whose trust has been broken. Every shot into the trap should be a reminder of the trap that is, um, auto loans, probably.” When asked if he had conceived of this protest to retroactively justify his poor performance, McIlroy replied, “What? No! Golf is the sport of the proletariat, and today we … um … this isn’t just a justification. You’re a justification! We’re all just justifications in the eyes of big business!” McIlroy then started a poorly thought-out “USA!” chant before sprinting away from the media.

2014 College Football Preview: The Group of Five and the Independents