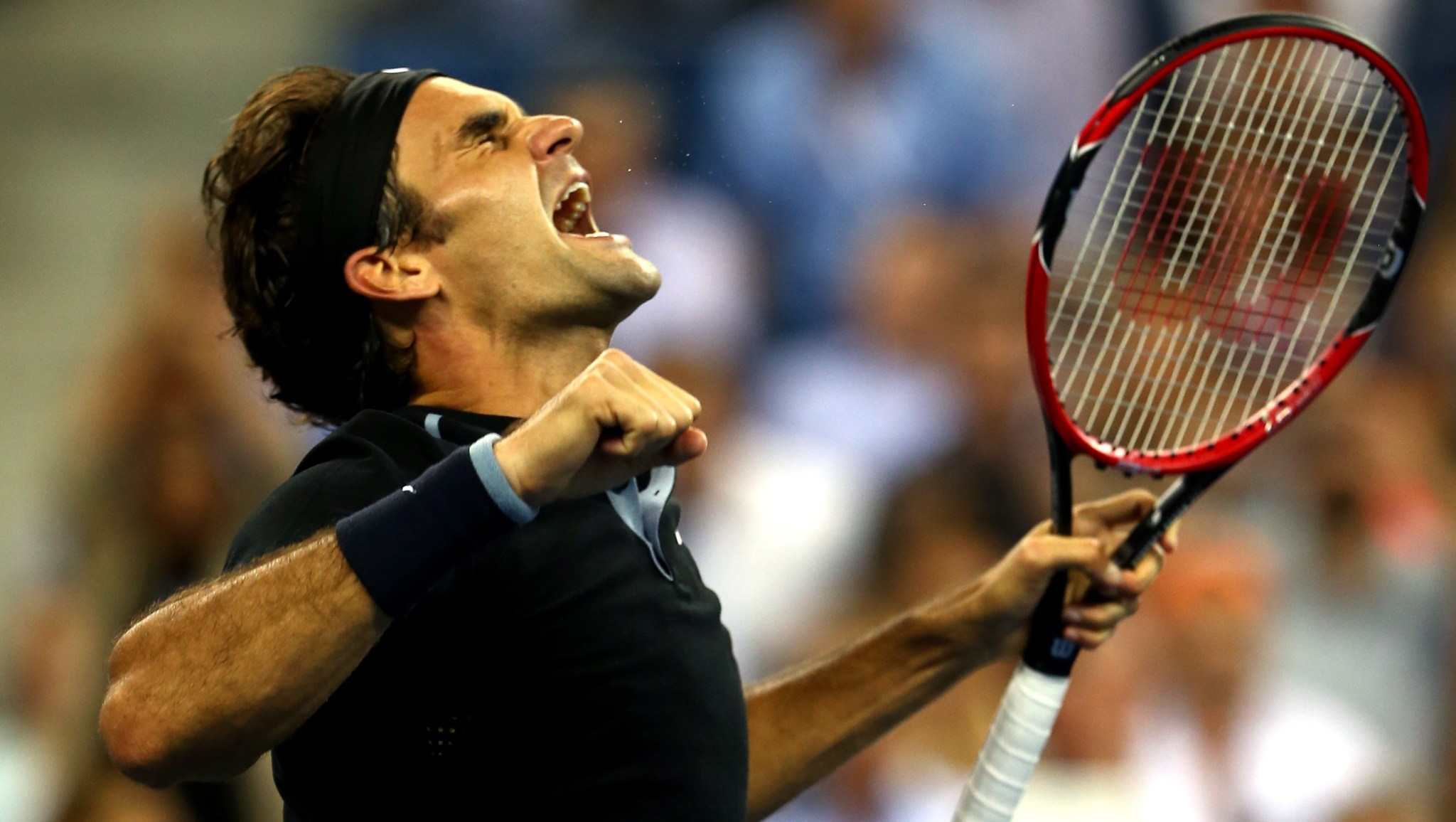 In case you were busy making last night the last night, here are the top five stories you missed in sports on Thursday:

Roger Federer overcame a two-set deficit and two match points to topple Gaël Monfils, 4-6, 3-6, 6-4, 7-5, 6-2, and advance to the U.S. Open semifinals. When asked what gave him the strength to persevere through such a trying match, the 33-year-old Federer furrowed his brow and said, “What do you mean?” When reminded of the two match points, Federer said, “Really? Peculiar. Well, to answer your first question, I’m Roger Federer. And also, I’m Roger Federer.”

The Seattle Seahawks opened their Super Bowl defense with a comprehensive 36-16 win over the Green Bay Packers. “OH YOU BETTER BELIEVE IT’S PETE CARROLL!” bellowed Seahawks head coach Pete Carroll as he raced into his postgame press conference. “ALWAYS COMPETE CARROLL, COMPETE CARROLL, COMPETE CARROLL!” But Carroll did not stop to answer questions, and instead ran straight through a wall at CenturyLink Field and into the Seattle night. He was last seen sprinting down the road south of the city near Sea-Tac Airport, pumping his fist and telling passing motorists to believe in themselves.

Yankees general manager Brian Cashman’s job was declared safe, and his team put together a stunning comeback when Chase Headley’s walk-off home run gave the Yankees a 5-4 win over the Boston Red Sox in the rubber match of their three-game series. “Nothing is safe,” said Cashman to himself as he frantically stalked the halls of Yankee Stadium wearing nothing but a bathrobe. “Not as long as the Doctor is out there.” Cashman then stripped off his robe and yelled, “The threat must be ended once and for all! Take my job, Dr. Andrews! Take my job and leave our pitchers’ elbows alone! Take it!” But his voice echoed through the otherwise empty stadium. And Cashman realized he should probably cover himself up, lest anyone look at the evening’s security-camera footage.

In a blast from the past:

A congratulatory phone call from Connecticut women’s basketball head coach Geno Auriemma to Little League World Series star Mo’ne Davis was deemed a recruiting violation by the NCAA. “Martha,” called out Connecticut alumnus Blair Whitson to his wife in their Stamford, Connecticut, home. “Did you see that Geno got in trouble? He was reported for an NCAA violation. Strange story.” But Martha did not answer her husband. As she polished the silver she had inherited from her mother, she thought of the trouble Blair had gotten their family in. Was insider trading really a crime? And if so, why? Isn’t having some people know things while others remain ignorant the only way to do business? Or to have a family? Oh, what of this life she had trapped herself in! So many lies, so many meaningless romances, so many nights in Connecticut spent alone while Blair was “at the office.” And what was the point of it all? She had learned nothing. She lived only to keep living. She no longer even had faith that she would die. Perhaps she was already dead and Connecticut was hell. “Can’t imagine the punishment will be too severe,” Blair added, snapping Martha out of her reverie. But still she said nothing, knowing the life she was living now was the punishment.

While the U.S. was beating Ukraine to advance to the FIBA Basketball World Cup’s Sweet 16 without Kevin Durant, Puerto Rico and former Knicks draft pick Renaldo Balkman exited the competition with a 103-82 loss to Croatia. The game was watched by a man and his son in an apartment in Queens. The boy wore a man-size Balkman jersey; years earlier, he had seen that his dad was going to throw the jersey away, so he had plucked it out of the garbage. The Knicks drafting Balkman was the boy’s first memory, and therefore Balkman would always be a true Knick to him. “Pretty cool that Balkman’s getting another shot, huh, dad?” the boy said to his father, but the man said nothing. And as the clock ticked away late, and with it Balkman’s last moment in the sun, the boy took off his jersey. He wadded it into a ball and threw it in a high arc toward the garbage. There was a moment when I thought Renaldo Balkman was immortal, the boy thought as the jersey hung in the air. How young I was. How naive. And as the Balkman jersey bounced off the side of the trash can and on to the linoleum kitchen floor, the boy realized he had learned all he needed to know from Renaldo Balkman. And as he turned to his father, he realized the jersey had been in the garbage to teach him this lesson: We live. We die. The Knicks will hurt us. We are human.