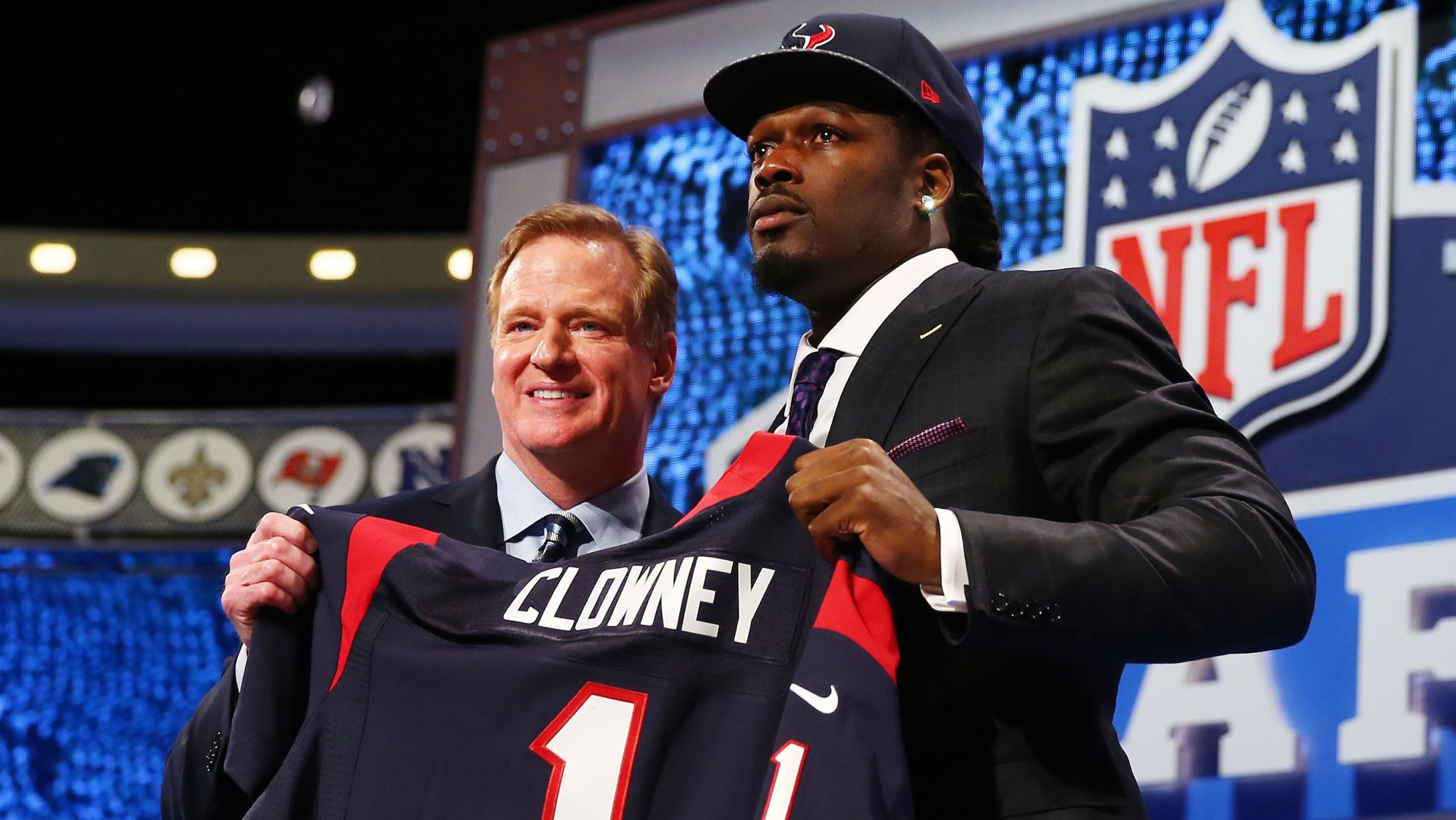 In case you were reaping the benefits of last season’s tanking strategy, “Chortles for Bortles,” here’s what you missed in sports on Thursday:

With the NFL draft finally under way, About Last Night has enough information to determine with 100 percent certainty who won and lost last night’s drafting action (henceforth referred to as “drafction”). So let’s break it down.

• Houston, who got destroyer of men Jadeveon Clowney with the top overall pick and are poised with the first pick of the second round to grab the top quarterback left on the board. That quarterback? D. Carr … wait, that can’t be right … oh, no … it’s Derek Carr, who, hopefully, for the sake of Houston fans, becomes the Tommen Baratheon of the Carr family.

• The Rams, who added an elite tackle and pass-rusher in Greg Robinson and Aaron Donald with their two first-round picks. Despite winning the draft, they may still may come in last in the NFC West because there are no winners or losers in the NFC West. There are only survivors and those left behind.

• Jake Matthews, who was drafted by a Falcons team poised to rebound. Matthews is also a member of the Matthews Football Family (trademark pending), a well-managed front for football-playing graduates of Professor Xavier’s School for Gifted Youngsters.

• The Saints, who drafted Brandin Cooks, who was the subject of a Robert Mays feature that made me want to personally draft Brandin Cooks into my life so we could just hang out, and maybe a little of his greatness would rub off on me. Or whatever.

• Johnny Manziel, who inauspiciously joins Brady Quinn and Brandon Weeden as Cleveland Brown quarterbacks taken with the 22nd-overall pick. Although, to be fair to Manziel and his ill-fated predecessors, there are very few slots in the draft where the Browns haven’t drafted a quarterback who hasn’t panned out.

• People trying to come up with a fresh Kevin Costner joke to make when the Browns make a trade on draft day. It’s like searching for land in a postapocalyptic, water-soaked wasteland while being chased by Dennis Hopper on a jet-ski. Or trying to deliver one last letter in a world where no one has a mailbox, and everyone looks like the homeless man who told Browns owner Jimmy Haslam to pick Manziel. Or being stuck between clubs while chipping onto the green, yet being unwilling to layup no matter how many balls you lose and how many times Don Johnson reminds you you’re just a loser course pro. It’s that hard to make a fresh Costner joke. And the people trying are just ghosts on a baseball diamond, living in a past when there were fresh Costner jokes to make. If you build it (it being Twitter), those ghosts will come.

• Teams that have to pass against Cleveland’s secondary, which added Justin Gilbert to Pro Bowler Joe Haden. And me, because I said something genuinely nice about the Browns.

• Louisville quarterback Teddy Bridgewater, who went to Vikings with the final pick of the first round, becoming this year’s Mister Still Pretty Relevant All Things Considered, But Is Any Of This Really Relevant In The Face Of The Income Inequality That Is Tearing The Social Fabric Of Our Nation Apart?

• Long-suffering Seahawks fans who haven’t won anything since February and then had to suffer through the entire first round only to see their team’s pick traded to Minnesota. Nightmare.

In journeys into the heart of darkness:

The Miami Heat handled the Brooklyn Nets in a 94-82 win, while the Spurs continued to roll over Portland, moving to 2-0 in their Western Conference semifinal with a 114-97 win. In an attempt to gain insight into the Blazers, who actually found a snake in their locker room before the game, and how they are dealing with their first Western Conference semifinal series in almost 15 years, we have exclusive footage of Blazers head coach Terry Stotts preparing for his matchup against Spurs head coach “Colonel” Gregg Popovich:

Third baseman Nolan Arenado extended his hitting streak to 28, taking sole possession of the Rockies’ franchise record in Colorado’s 5-0 loss to the Texas Rangers. “I’m all alone now,” an eerily calm Arenado said after the game. “No Helton, no Bichette, no Walker, no Tulo.” This got the attention of teammate Troy Tulowitzki, who tapped Arenado on the shoulder and said, “I’m right here, bud.” But Arenado, unmoved, continued, “No nobody. Just me. Just Nolan. All alone on the precipice,” as Tulowitzki shrugged and walked away.

Goalies Tuukka Rask and Carey Price both pitched shutouts through regulation, leaving recent call-up Matt Fraser to be the difference-maker in the Boston Bruins’ 1-0 overtime win over the Canadiens. “RASK! RASK! RASK!” bellowed the Bruins keeper after the game, before grabbing Fraser and holding him in a tight, minutes-long embrace. As a result, Fraser has been declared doubtful for the Bruins next game with what is being called a number of upper-body injuries.

How the Ducks Can Beat the Kings