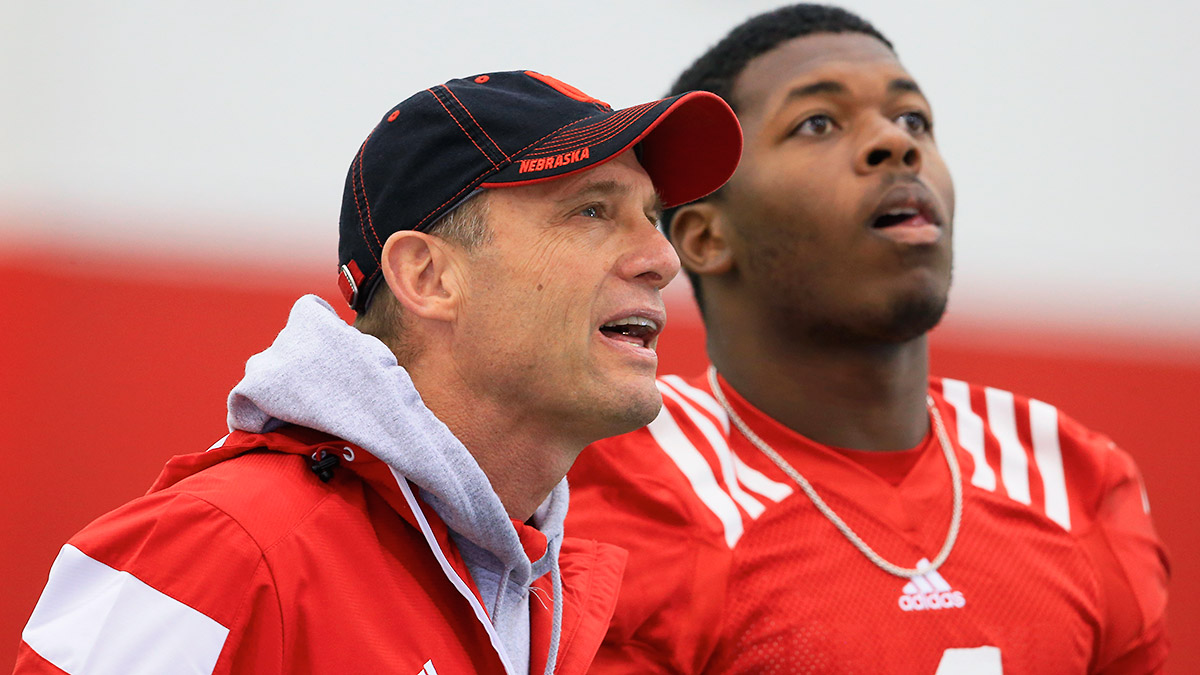 It’s starting to feel like a long time ago that Nebraska was one of college football’s premier powers. The Cornhuskers have sniffed a national championship only once (in 2001) since Tom Osborne retired in 1997, but the same sky-high expectations are ever-present in Lincoln. All three head coaches to walk the sideline since Osborne — Frank Solich, Bill Callahan, and Bo Pelini — have been fired with winning records, a testament to how high the program’s bar remains. Pelini has the third-most wins in Nebraska history and never lost more than four games in a season, but even he couldn’t get over the hump and save his job.1

Yet when faced with replacing Pelini, the Nebraska brass took the safest, most middle-of-the-road course of the offseason, hiring Mike Riley away from Oregon State. There’s nothing splashy about Riley, who won 10 games just once (in 2006) during his 14 years with the Beavers.2 But though Corvallis isn’t exactly a football Mecca, and though Riley will have more resources at his disposal in Lincoln, his ho-hum record isn’t the only thing that should have Nebraska fans holding on to their Cornheads.

Most teams facing identity crises look to the past, eager to rediscover what made them successful in the first place. Nebraska has almost always been most successful on the ground, with a formidable rushing attack and a shutdown unit of Blackshirts defining Huskers football for decades. Though that offense evolved over the years — Pelini and coordinator Tim Beck’s spread system barely resembled Osborne’s cloud-of-dust option attack — nearly all of Nebraska’s successful offenses have centered on an effective ground game.

Riley, however, runs a system that screams “Nebraska” about as much as biking down to your local fair-trade coffee shop does. Riley and his longtime offensive coordinator, Danny Langsdorf,3 run a pro-style system that relies on short, dink-and-dunk passes to set up longer bombs downfield. It’s the closest thing to a classic West Coast offense that exists in 2015, and it’s almost always resulted in more passing yards than rushing yards — a rare occurrence in Lincoln.

It’ll be a challenging system for the Cornhuskers to implement for many reasons, but the toughest task will be getting quarterback Tommy Armstrong Jr. comfortable. The classic dual-threat QB, now entering his junior season, has never played in anything resembling a pro-style system or had to master a playbook this complex. Riley has also never had a weapon at his disposal like Armstrong, who’s used to making his living in a zone-read attack that saw him rush for 705 yards last year. The only starting QB to rush for more than 100 yards for Riley was Tim Alexander in 1997, and he totaled just 288; the next-highest rushing total came from Ryan Katz, who scrambled for a blistering 14 yards in 2010. From Derek Anderson to Sean Mannion, Riley’s passers have been glued to the pocket.

Trying to work Armstrong perfectly into Riley’s pro-style system would be like forcing a square peg into a round hole, which is why Riley is taking steps to make the transition easier. To take advantage of Armstrong’s talents, Riley and Langsdorf have reportedly been watching tape of Baylor and Oregon, experimenting with ways to incorporate an up-tempo spread while maintaining their preferred pro-style attack.

That’s quite a blend, and trying to make that offensive smoothie work in Lincoln looks like an uphill battle. Though Armstrong has reportedly looked good in camp, and though Riley has tended to pull decent stat lines out of his QBs, Armstrong was a relatively mediocre passer last season, completing just 53.3 percent of his attempts despite ranking fifth in the conference in passer rating.

It doesn’t help that last season’s most talented skill-position players, Ameer Abdullah and Kenny Bell, are now in the pros. The current receiving corps is led by Jordan Westerkamp (44 catches for 747 yards last year) but suffered a setback when De’Mornay Pierson-El, the recipient of some serious offseason hype, suffered a foot injury that will reportedly sideline him for six to eight weeks. Another receiver, freshman Lavan Alston, suffered a knee injury that will sideline him for the season. Armstrong’s transition won’t be any easier with his weapons dropping like flies.

Nebraska fans have become accustomed to nine- or 10-win seasons, but they expect the team to accomplish much more than that moving forward. Given the offensive overhaul, it’s possible the Huskers won’t get either under Riley, at least not in Year 1. But if and when they find success, it’ll be a victory for the new identity, and a repudiation of the idea that scuffling power programs should return to their roots if they want to win.