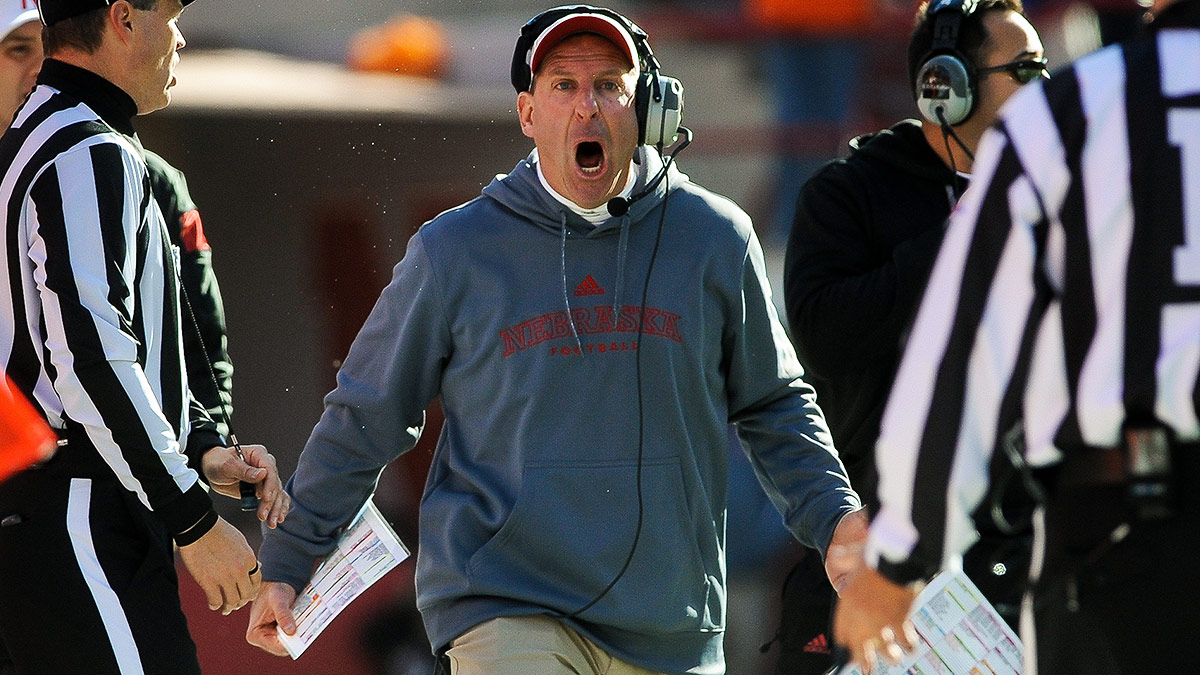 Nebraska fired Bo Pelini on Sunday, bringing a supremely mismatched marriage to a sudden yet inevitable finish before the situation began to really deteriorate. By pulling the plug when he did, athletic director Shawn Eichorst spared Nebraskans both another year of hoping in vain that the Huskers would cross the hump into national contention and an even messier divorce that would have to follow when they didn’t.

As endings go, at least this one was relatively bloodless. In the coach’s final game, the Cornhuskers rallied from a 17-point deficit to beat Iowa in overtime, securing their seventh consecutive nine- or 10-win season on Pelini’s watch.1 Though after seven years it’s hard to remember a time when anyone imagined the Pelini era might not end badly, the final act could have been a lot worse.

Of course, despite the air of inevitable doom that hung over Pelini’s tenure, ditching a coach whose teams have been good for at least nine wins a year without fail isn’t exactly a no-brainer. For another, less volatile coach, Pelini’s record (66-27 overall since 2008, not including an interim stint in the 2003 Alamo Bowl) might have bought one more year to try to get over the hump. But Pelini himself never demonstrated much patience on the sideline, and there were certainly more than a few interested parties who were as embarrassed by the coach’s hair-trigger antics as by the dust gathering in the trophy case. An ambassador Pelini is not. He raged so hard, on such a regular basis, that he earned a public reprimand from the university chancellor and pleas from his own family to tone it down in front of the cameras. Last year, a tape surfaced showing Pelini cursing the same fans who have sold out every Nebraska home game for more than 50 years running. When Pelini more or less dared his bosses to fire him in the aftermath of a 2013 loss to Iowa, a significant chunk of the fan base must have hoped they’d take him up on the offer.

In the end, though, the record speaks for itself, and it never painted a picture of a program on the cusp of a breakthrough. It is true that Pelini displayed remarkable consistency. Unlike his peers, though, that consistency came with a firm ceiling: His tenure produced zero conference championships and zero major bowl bids. (In Eichorst’s words: “We weren’t good enough in the games that mattered.”) On the other hand, it did produce 10 losses by margins of at least 20 points, including a 70-31 humiliation at the hands of Wisconsin in the 2012 Big Ten title game and a 59-24 flop in Madison earlier this year, in which Badgers tailback Melvin Gordon posterized the Huskers en route to the single-game FBS rushing record. Since defecting from the Big 12 in 2011, Nebraska has allowed at least 40 points eight times — three times to Wisconsin alone — losing all eight games.

As I’ve discussed before, the light doesn’t suddenly come on for coaches in Year 8. In the 21st century, coaches who win big win fast. Since 1998, only two head coaches in the Power 5 conferences have needed eight years to claim their first conference championship: Mack Brown at Texas (in 2005, his eighth year in Austin) and Bill Snyder at Kansas State (in 2003, his 15th year in Manhattan). Before those seasons, though, Brown and Snyder had delivered top-10 finishes and major bowl berths. Only five coaches in the BCS era (1998-2013) first led their teams to a major bowl game in Year 8 or later, and only one such long-serving coach orchestrated his first top-10 finish (George O’Leary, in his 10th season at Central Florida in 2013). If it hadn’t happened by now for Pelini, it wasn’t going to.

So the looming question going forward is not whether Nebraska is capable of winning big under Pelini — the answer is no — but whether it’s still capable of winning big under anyone. When Tom Osborne stepped down after the 1997 season, it was on the heels of an unprecedented run that had yielded a 60-3 record and three national championships in his last five years. Since the turn of the century, Nebraska has now fired three consecutive head coaches in Osborne’s wake, all of whom left with winning records, but none of whom measured up to the standard set in the roaring ’90s. Before Pelini, there was the reviled Bill Callahan, who committed the unpardonable sin of ditching the triple option in favor of a convoluted, pro-style playbook and lasted just four years. Before Callahan, there was Frank Solich, a longtime Osborne assistant who won 82 percent of his games with three top-10 finishes in his first four years, from 1998 to 2001, but couldn’t overcome a sense of diminishing returns in Years 5 and 6. A decade later, that malaise has yet to lift, even for a season.

In that context, the most telling name on the list of potential replacements for Pelini is Oregon offensive coordinator Scott Frost,2 who has never been a head coach at any level, but who did lead Nebraska to a share of the 1997 national title as the Cornhuskers quarterback.3 Frost is arguably the last viable link to Nebraska football at its best, when Nebraska football was the best, bar none. Those Cornhuskers knew exactly who and what they were: huge, imposing, and unrelenting in their dominance along both sides of the line of scrimmage. That was the Nebraska the Big Ten thought it was getting when it poached the Huskers from the Big 12. Frankly, it’s the Nebraska the league needs if it has any chance of salvaging its wounded reputation nationally.

Far from unrelenting, the Pelini-Callahan years can be summed up largely as a futile, decadelong search for a coherent identity to fill the post-Osborne void. At some point, though, the void became the identity. Whoever comes next will have the resources and support to succeed in the Big Ten, and then some. But the sense of forward momentum, the assumption that Nebraska still has a seat among the upper echelon and is making strides toward reclaiming it? That he’ll have to provide himself.

A Quick Salute to the NBA’s Best Football Team