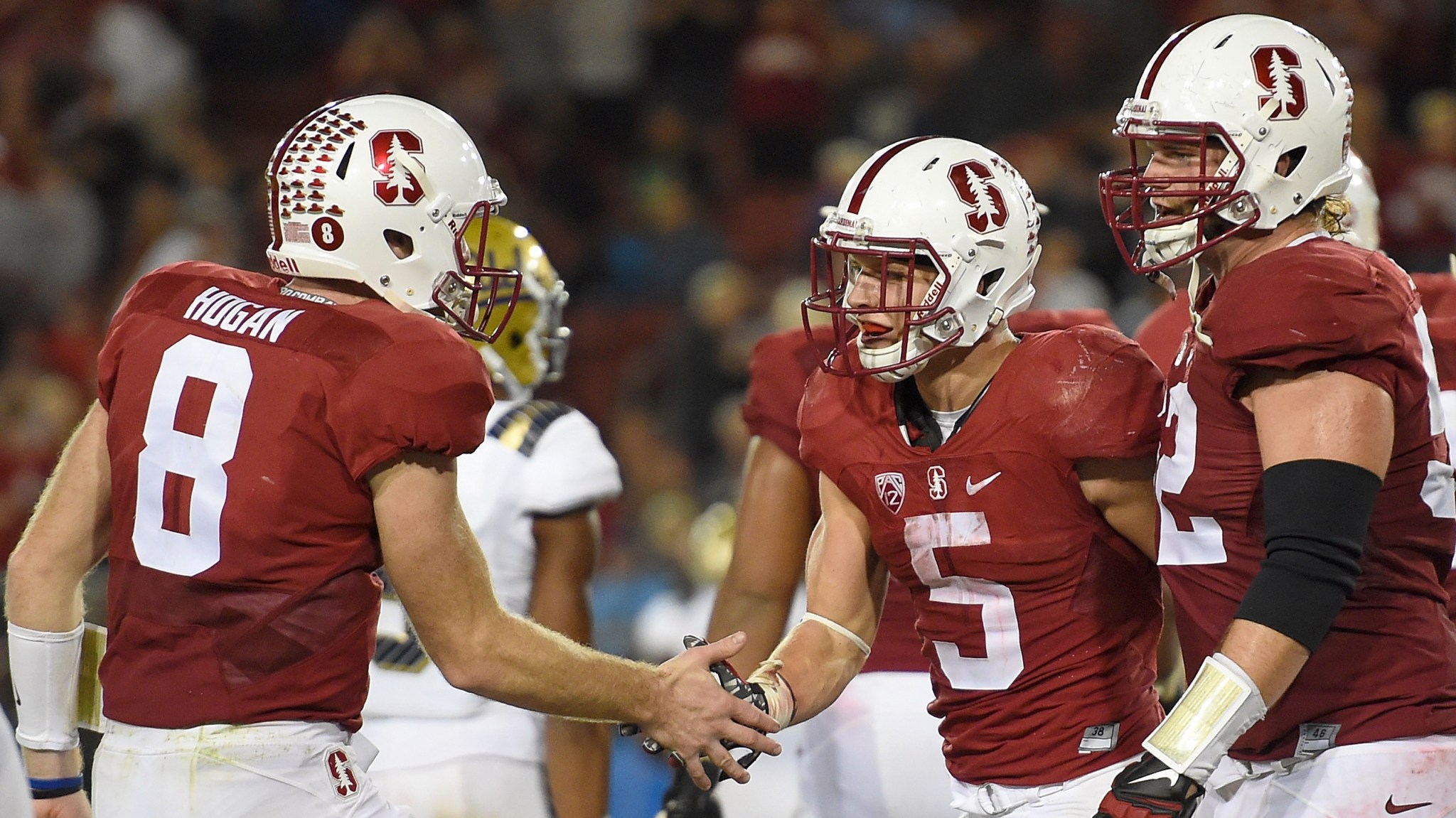 Win or lose, Stanford football under David Shaw has always evoked the very specific image of an imposing, elephantine army, marching foot-to-foot, bent on driving opponents into the Pacific Ocean four yards at a time. At their best, the Cardinal are methodical, grinding out tough yards between the tackles to set up play-action strikes downfield — a blue-collar blueprint that yielded two Pac-12 titles and three consecutive BCS bowl bids in Shaw’s first three seasons as head coach. At their worst, the Cardinal are toothless and plodding, as they were throughout much of last year’s 8-5 regression, as well as in this year’s season-opening, 16-6 loss at Northwestern, where they averaged a dismal 3.9 yards per play and failed to score a touchdown.

Depending on the final score, the vast majority of games in Shaw’s tenure have broken along the methodical/plodding line. After Thursday night’s electric, 56-35 win over UCLA, though, it might be time to consider at least one new, wholly unexpected adjective: fun.

Because against all odds — against their very DNA, in fact — the 2015 Cardinal are fun.

True, the fireworks are certainly not by design; schematically, Shaw remains committed to packing in as many oversize bodies in as little space as possible, and attempted just 16 passes against the Bruins compared to 48 runs behind his gargantuan offensive line. But if Stanford is still ostensibly a “conservative” team, suddenly it’s also one that’s eclipsed 40 points in four consecutive outings, including a 41-31 stunner at then-no. 6 USC, a 55-17 romp over Arizona, and the 56-point outburst against UCLA. It’s a team that’s generated a dozen plays covering at least 40 yards, best in the conference and more than twice as many as it managed in 2014 (five) in half as many games.1 On Thursday night, Stanford turned an interception into a pick-six, scored five touchdowns on drives of five plays or fewer, and completed a flea-flicker with an historically spectacular reception. And most importantly, the team has the luxury of handing off to Christian McCaffrey — or what the hell, just snapping it directly to him:

If there’s any single factor that distinguishes this attack from the ones that came before it, it’s the presence of a bona fide home run threat, the likes of which the Cardinal haven’t seen in many years. Stanford has enjoyed its share of solid, reliably productive backs in the Harbaugh-Shaw era, a lineage that prior to last season had produced six straight 1,100-yard campaigns from Toby Gerhart (2008-09), Stepfan Taylor (2010-12), and Tyler Gaffney (2013). But none of those backs possessed anything like McCaffrey’s extra gear in the open field, nor anywhere near his versatility as a receiver and return man. The archetypal Stanford workhorse is rugged and consistent; so far, McCaffrey has been every bit as consistent as his predecessors and exponentially more explosive.

Only midway through the season, McCaffrey’s production is already beginning to take on historic dimensions. Against UCLA, he set the single-game Stanford rushing record (243 yards on 25 carries) and tied the school record for rushing touchdowns (four), all in three quarters.2 Add to that a 96-yard kickoff return in the first quarter that set up another short score; altogether, McCaffrey torched the Bruins for 369 all-purpose yards, the best single-game total by any FBS player to date in 2015. That was also enough to overtake Leonard Fournette, who’s in the midst of an historic sophomore campaign of his own, as the national leader in all-purpose yards.

After Thursday night McCaffrey is averaging more yards per game as a rusher, receiver, and return man (253.0) than any I-A/FBS player has managed across an entire season since the turn of the century. That’s 30 yards more per game than Reggie Bush averaged in his Heisman-winning season. In fact, extrapolating his current numbers over 13 games, McCaffrey is on pace to finish with an insane 3,289 all-purpose yards, which would break the single-season FBS record set by his backup’s dad, Barry Sanders, in 1988.3 And there’s very good reason to suspect that Stanford will be playing more than 13 games.

Admittedly, barely six weeks ago the Cardinal’s long-term ambitions were presumed dead on arrival following the debacle at Northwestern, which just goes to show how much can change over the next six weeks. The way this offense is playing at the moment, though, it’s almost impossible for Stanford fans to not start peeking ahead to late November with visions of a Pac-12 title and a golden ticket to the College Football Playoff dancing in their heads. The Cardinal will be huge favorites to win their next four games, against Washington, Washington State, Colorado, and Oregon, and their season-ending dates with no. 23 Cal and no. 14 Notre Dame are both in Palo Alto. As long as McCaffrey and quarterback Kevin Hogan are on the field, Stanford is likely to be favored in both of those games, too.

If their current wave of momentum proves sustainable, it will be tempting to suggest that Shaw rekindled the attack by applying a crucial insight or a bit of subtle fine-tuning that stoked the embers. As usual with Stanford’s offense, the truth is more mundane: Philosophically, the Cardinal are executing the same run-first, three-yards-and-a-cloud-of-dust scheme that put them on the map. They just happen to be executing it better than ever, with a more potent weapon in the backfield than they’ve ever enjoyed before. If Thursday night was an example of the new normal, it’s a good bet that even the head coach didn’t see it coming.