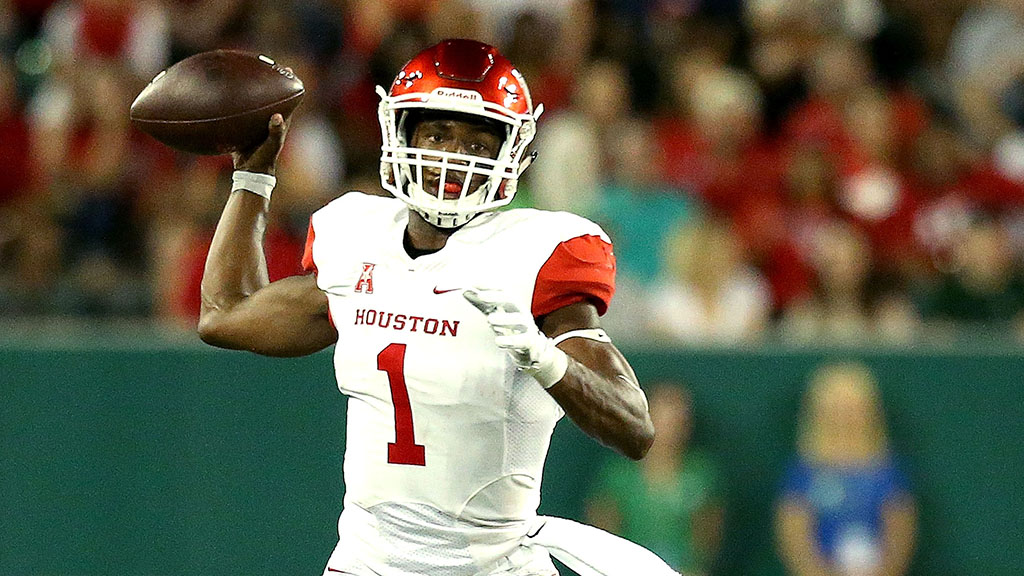 That College GameDay will be in Harrisonburg, Virginia, for Saturday’s clash between James Madison and Richmond should tell you all you need to know about this weekend’s slate of games: It’s grim.

When I released my weekly watchability rankings in early September, I pegged Week 8 as the second-least-entertaining week of the regular season, just behind Week 6. In retrospect, this was a gross miscalculation — it should have been ranked last, especially given that Saturday night’s main event involves Rutgers. As the late, great college football mind Albus Dumbledore once said, “Dark times lie ahead of us, and there will be a time when we must choose between what is easy and what is right.”

That time is now upon us. While it would certainly be easy to spend Saturday toggling between the drab likes of Western Kentucky–LSU and Kentucky–Mississippi State, it would hardly be right. Sure, you want to see familiar names and uniforms, and you don’t want to miss seeing Leonard Fournette set the single-game rushing record against WKU’s 115th-ranked defense (which he’ll surely do), but deep down, you know it’s your responsibility as a discerning college football consumer to boycott the Power 5’s dismal slate this weekend. Besides, we’re blessed to have four ranked, undefeated mid-majors (RUMMs) that deserve some shine: no. 18 Memphis, no. 19 Toledo, no. 21 Houston, and no. 22 Temple.

With each of the four RUMMS playing in separate time slots this weekend, Week 8 also happens to be a perfect opportunity to really focus on them. Think of the next few days as college football’s version of BracketBusters. To celebrate this joyous occasion, we have answers to some relevant FAQs.

Which RUMM is the most exciting to watch?

That would be Memphis, which is averaging 46 points per game, good for fourth in the FBS. After dispatching a fairly weak quintet of opponents to open the season, Memphis made waves in Week 7 by defeating then–no. 13 Ole Miss with relative ease, leading to the widespread assumption that coach Justin Fuente will jump ship for a Power 5 program at season’s end. And according to the transitive property, the Tigers are better than Bama!

Yes, the Cougars are. We’ll get to them!

Which RUMM is the most likely to crash the College Football Playoff?

Is it cheating if I say the winner of Week 11’s showdown between Memphis and Houston? Because if one of those RUMMs finishes the regular season undefeated, it’d be able to make a decent argument for inclusion: Memphis could crow about beating the Rebels and Cougars, whereas Houston could tout its win over the Tigers (who beat Ole Miss, who beat Bama, etc.). Both would still need some serious chaos to occur in at least two of the major conferences to have a shot, but it’s possible. Meanwhile, an 11-0 Toledo wouldn’t have nearly as strong a résumé as an unbeaten Memphis or Houston, but the Rockets’ easy schedule might make them the most likely to win out. And while it would be hilarious if Temple took down Notre Dame on Halloween (even to this Irish fan), the Owls won’t be favored to do so.

Wait, Memphis and Houston play each other later in the season? Surely this matchup is drawing Game of the Century hype, right?

It should be. You can have all the 9-6 SEC West slugfests in the world — I’ll take an aerial pointsplosion between “finesse” teams any day of the week. GameDay better be in H-Town for this epic tilt, and the winning coach should get the USC job. It’s only fair.

What is up with the American? How is it possible that the Big East’s rotten corpse boasts three RUMMs?

What isn’t up with the American? I know I said the Big Ten was in the midst of a renaissance this season, but the American Athletic Conference isn’t too far behind — George O’Leary’s UCF shitshow notwithstanding.

Speaking of UCF, the Knights play host to Houston on Saturday. Will they lose by 60 or 70?

Let’s go with 80, just to be safe. After all, UCF got annihilated by UConn, which is damn near impossible to do if you’re even remotely familiar with the game of football. The Knights are historically, stunningly awful, and Cougars coach Tom Herman will take immense pleasure in exploiting their myriad deficiencies.

Why does the name “Tom Herman” sound familiar?

Perhaps you’ve seen him out on the town carousing with Drake? (Drake is Herman’s offensive coordinator. He had a very impressive coaching career in the CFL before taking his play-calling talents to Houston.)

Just another Friday in The H with @Drake. #HTownTakeover Special thanks to @OVOREPSUPCHUBBS. Dinner at Nobu is on me! pic.twitter.com/GcEI32pArO

It’s also possible you remember Herman as the highly touted offensive coordinator from Ohio State’s national title run, which earned him the head job at Houston even before the Buckeyes won the championship. The Cougars have made significant strides under Herman, and Ohio State has generally sputtered in his absence, both of which are reasons Herman likely won’t be at Houston for long. (Texas, anyone?)

After Memphis’s aforementioned drubbing of Ole Miss, which RUMM boasts the most impressive victory?

Toledo’s 16-12 upset of then–no. 18 Arkansas in Week 2 still stands out to me, in large part because it embarrassed the biggest troll in college sports, Bret Bielema. A MAC team beating a ranked SEC opponent on the road is truly something to cherish.

Which RUMM has the most intriguing pro prospect?

Well, Memphis quarterback Paxton Lynch “has a chance to be big time” in the pros, according to one anonymous NFL scout, so he seems like a worthy choice. The redshirt junior boasts prodigious size (6-foot-7, 245 pounds), surprising athleticism, and solid accuracy, so it’s only natural to assume he’s laden with potential. If Lynch continues to turn heads this season, don’t be shocked if he decides to enter the draft in 2016. He’s sort of like Brock Osweiler, except good.

I’ve decided to be a good citizen and join your Week 8 boycott of the Power 5. When do the RUMMs play this weekend?

Great question! Temple will take on East Carolina tonight at 7,1 while Memphis will face off against Tulsa tomorrow night at 8. The Houston-UCF massacre will occur on Saturday at noon, and Toledo caps things off with a trip to UMass at 3. Now go imbibe some RUMM.