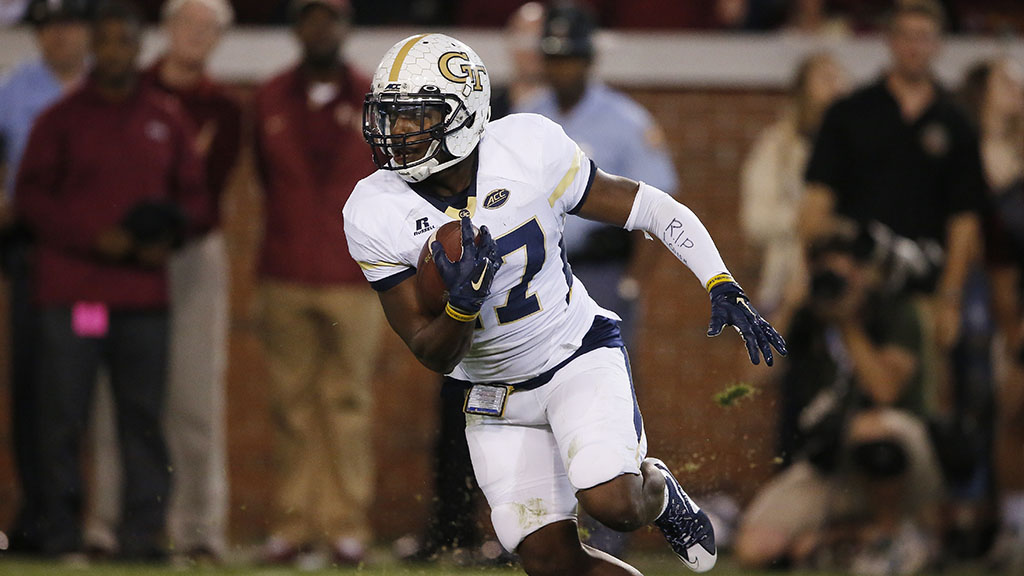 It’s one thing to have written this warning, on Thursday, secure in the belief that it was entirely correct: “If this season has taught you anything, it should be that the moment you begin to turn your head on a game is exactly when weird shit’s going to start to happen just out of your field of vision.” It’s quite another to gaze back at the still-smoldering embers of Week 8 and contemplate the distance between last week and now. Heading into the back half of the 2015 regular season, the last perfect Pac-12 team has fallen. The SEC’s calamitous derby has Florida/Georgia and LSU/Alabama back out in front, same as it ever was. Iowa remains undefeated, and the next-best teams in the Big Ten West are 6-2. Three perfect teams top the Big 12 standings, and the best-looking one among them has just suffered a nasty injury blow. There’s another three-way tie in the ACC, with a trio of one-loss teams gunning for the Coastal crown. And the American contains three squads that could make a run at an at-large playoff bid — or snuff one another out along the way.

And just look at the staggering volume of all you might have missed, had you bailed on what looked like a sleepy schedule! Two quadruple-overtime games! Two lost coaches, one of whom retires with hair the precise color of his coaching polo, the other unceremoniously ousted after the kiss of professional doom, the Dreaded Vote of Confidence from his AD! And two kick-sixes! First, there was the one you likely already heard about, the one that snapped no. 9 Florida State’s streak of 28 conference victories. That the team doing the snapping was 2-5 Georgia Tech made the surprise sting all the more:

That’s a 56-yard field goal attempt by FSU’s Roberto Aguayo, returned for a touchdown by GT’s Lance Austin, whose twin, Lawrence Austin, was with him in the end zone. What more could you want? #SurrenderCobra going mainstream? Sure, we can do that:

But the Noles don’t shoulder this shame exclusively, not this week. They had company down in the Yellowhammer State, which produces more than its share of kick-six misery and this week bestowed its dubious blessing upon South Alabama. If the Jackets’ score leads our top-10 You Had To Be There Week 8 highlights, call this one 1A:

The rest of our arbitrary but lovingly selected top 10 follows:

2. Pretty much everything Stanford does when it has the ball. Between sophomore Christian McCaffrey’s third 300-total-yard game of the season and this formation, the Cardinal’s steadfast dedication to giving fans and opponents all they can handle, by both volume and weight, is commendable.

3. Laquon Treadwell making SportsCenter for the right reasons. Nearly a year ago, the Ole Miss receiver was dealt a crazily cruel end to his season, breaking his fibula against Auburn while fumbling the football just before the goal line. Now, he’s doing things like this:

4. Ohio State’s latest quarterback-combo move. J.T. Barrett is reinstalled as the Buckeyes’ starter, and five touchdowns against Rutgers later, that seems to be working out well for Ohio State.

Meanwhile, that’s Braxton Miller performing the kind of on-field acrobatics not seen since, um, his own Week 1 game.

5. The collected works of USC’s assorted Smiths. The Trojans’ 42-24 victory over no. 3 Utah (just like we drew it up, right?) featured three interceptions from freshman linebacker Cameron Smith, including a 54-yard pick-six, and this hellacious, deliciously disrespectful stiff-arm from sophomore receiver Juju Smith-Schuster:

Did he just point at him to come get that work or am I tripping ? https://t.co/1Z5v1KqCZd

You can read some more on the background of what all went into that utter torching, or you can just watch the video loop until the sun darkens its rays in deference to Juju. Follow your hearts and your spite glands.

Not here to tell anybody else how to do his job, but these announcers don’t sound all that excited to see defensive end Sheldon Rankins, listed by Louisville at 6-foot-2 and 303 pounds, running 46 yards for a score and doing a damn on-field hurdle in the process. Perk up, y’all!

7. Clemson’s third-string QB scoring two more touchdowns than Miami’s entire team. When examining a 58-0 obliteration for highlight moments,1 the choices are bound to be overwhelming, but amid the accolades for Deshaun Watson and the Tigers defense, save some love for freshman quarterback Kelly Bryant, who hung 14 on the Hurricanes in the game’s final period, including this 59-yard scoring run:

8. War Eagle, valorous in defeat. The four overtime periods that Arkansas and Auburn went through contained enough action for an entire additional game, and the teams wouldn’t have gotten there in the first place without this monstrous snag from Ricardo Louis:

9. Pat Narduzzi and Jim Chaney’s shared sense of sadism. There is occasional beauty to be found in cruelty, if you know just where to look and can do so without flinching:

BREAKING A TEAM'S WILL: A ONE DRIVE PLAY. ORCHESTRATED BY: PITT. FEATURING: SYRACUSE. pic.twitter.com/L6ZEFWXFuz

World Series Preview: Five Keys to Victory for the Royals and the Mets